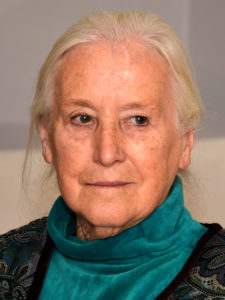 Alena Kučerová is one of the most original Czech artists of her generation. She studied during the years marked by the official dogmatism (1954-1959) at the School of Applied Arts in Prague in the illustration workshop. By 1958 she had discovered the poetry of Christian Morgenstern and the drawings that she created on the occasion (1961) helped liberate her artistic language. After an interesting period of geometric abstraction, in 1963 she developed an experimental technique and then in 1965 began realising large-format engravings. For these she did not rely on traditional processes but rather made perforations in industrial metal sheets using her grandfather’s cobbling tools. These difficult and physically demanding processes allowed her to create structural engravings whose subjects are reduced to figures with essential lines composed of isolated dots. A. Kučerová drew her original subjects from the intimacy of her family. As she said at the time, she wanted to “express happy moments”, often linked to the experience of the body plunging into water.

The simplified form of these figures, imbued with sensuality, is linked to a network of geometric abstraction. This duality gave these works a radical generosity of expression, as well as a distinctive ornamental quality. Towards the end of the 1960s the artist explored a new theme – landscape – which she treated in the same way as her figures. In the 1980s she transformed this concept. Her new engravings – close up images of landscapes, which she created from the horseback rides she took in the forests of her childhood – recalled the drawings of the17th-century Dutch masters, whose complexity surpassed the classical genre of landscape, which she now used as a metaphor for the universe. A. Kučerová did not abandon her perforation technique but she added grey and black markings that created an extremely intense sensual atmosphere, visually rich, that could be close to the works produced by Rembrandt’s (1606-1669) entourage.

Starting with her first solo exhibition (Prague, 1965), she presented not only powerful engravings, but even matrices suspended in space, so visitors could discover their characteristics, such as the voids left by the perforations. At the end of the 1980s A. Kučerová gave up engraving. For the next few decades, she worked with old matrices. She integrated them into frames made of found wood – tree branches, used trays – creating assemblages. She occasionally returns to her interest in distinctive colour and covered matrices (or frames) with industrial paint (Minerve, 1968 and 2002). She expanded the concept by replacing the matrices with compositions that she “drew” using small nails hammered into used cardboard. The base of the abstract lines that the nails form remain vegetal, focused on details and sensual. These assemblages combine an extreme fragility with a roughness of the material in a fascinating way.

The influence of C. Morgenstern’s writings remain palpable throughout her career. On several occasions, she has produced different versions of drawings illustrating the poet’s Galgenlieder (Gallow Songs). This poetry has not only given her a choice of motifs but has also allowed her to confront enigmas of humour and nonsense and to constantly find a balance between the real and the abstract.

In the last decade A. Kučerová has developed another rarely used technique: she embroiders rich ornamental compositions. She combines Morgensternian themes with elements of nature and allusions to her own early works. Several major exhibitions have been devoted to her, including those organized by the Prague City Gallery in 1990 and 2007. 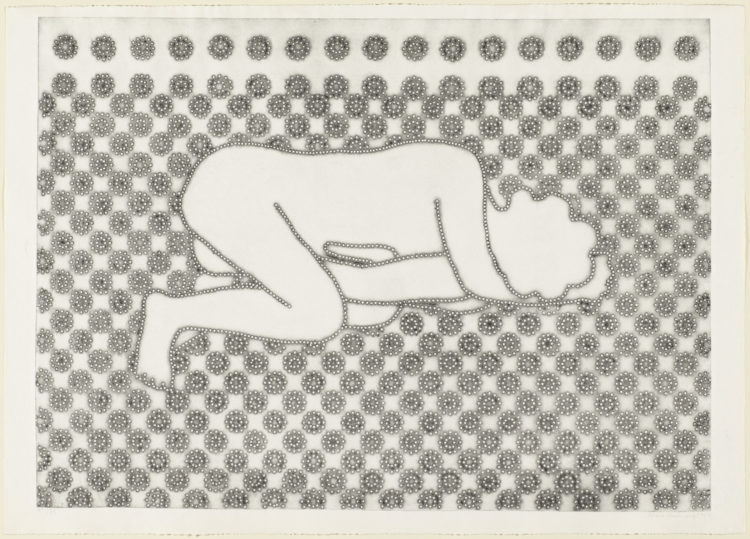 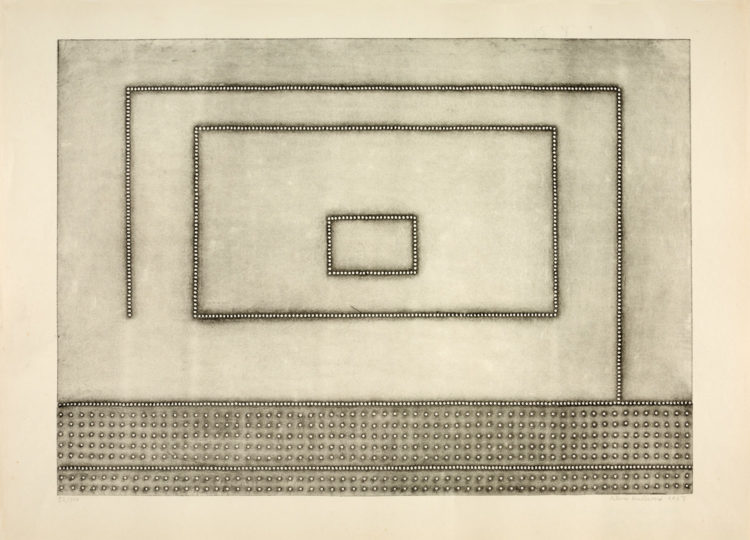 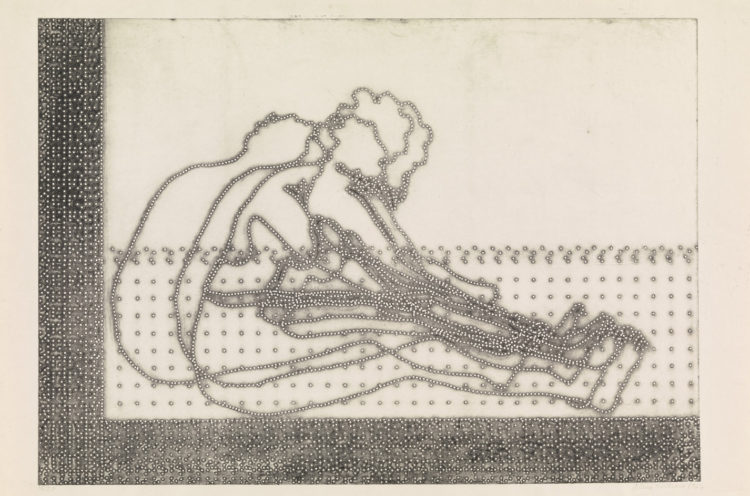 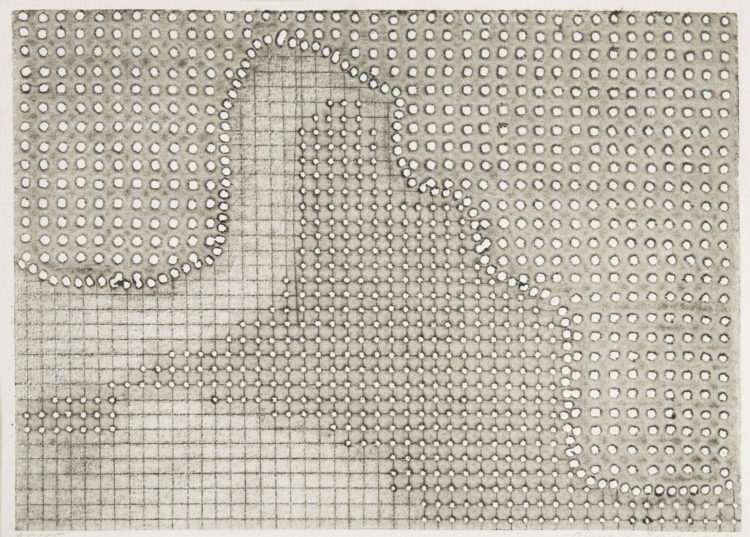 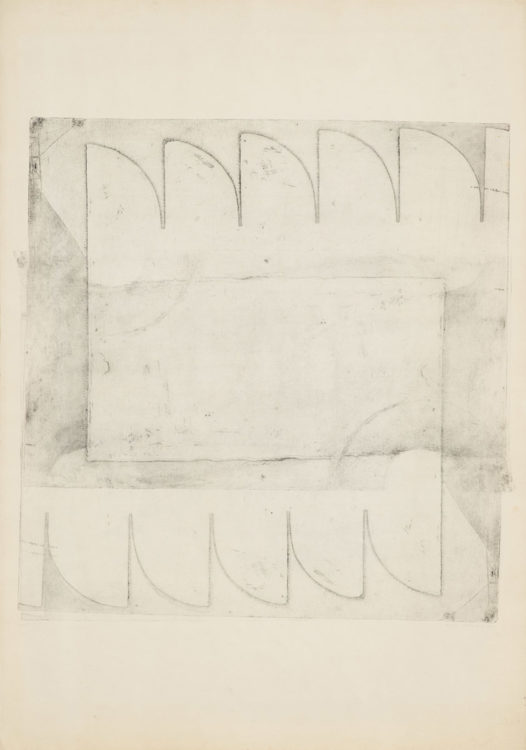 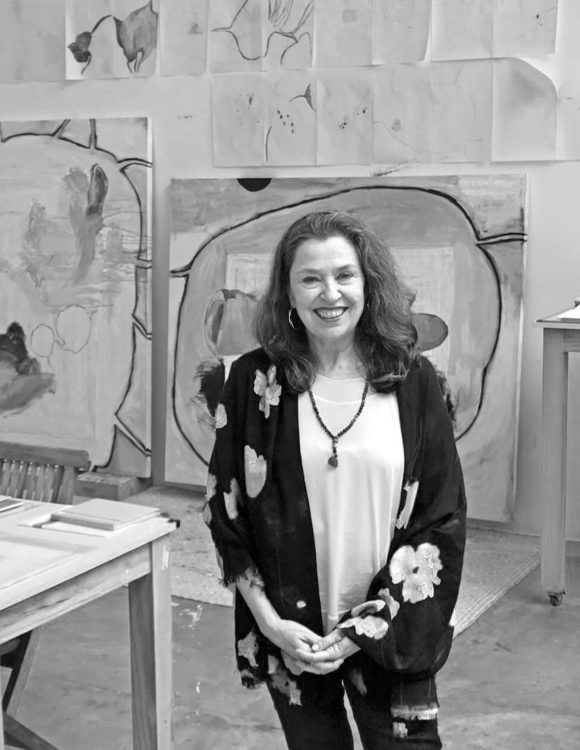