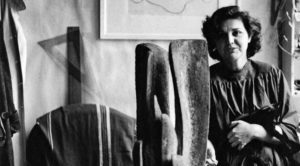 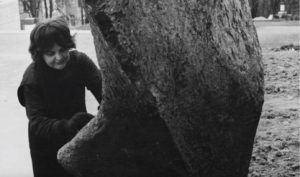 Exhibition "Escultora" at the MALBA 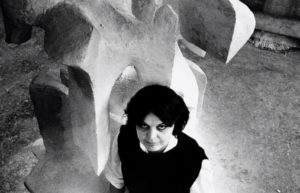 After studying at the School of Fine Arts in Buenos Aires, Alicia Penalba left her native country for Paris in 1948, where she worked at the Grande Chaumière Academy with the sculptor Ossip Zadkine. Her career was launched in 1952 when her work was featured at several collective events (Salon de la jeune sculpture at the musée Rodin in Paris, Salon Réalités Nouvelles, biennales), earning her a solo exhibition in 1957 at the Galerie du Dragon. Upon arriving in Paris, she was struck by the works of Hans Arp, Giacometti, and Brancusi, and made the acquaintance of Étienne-Martin, François Stahly, Étienne Hajdu, and Marta Colvin, fellow young sculptors with whom she showed her work. By then she had chosen her path: a form of biomorphic abstract sculpture with architectonic undertones. She explored verticality in the series Totems (Surveillant des rêves, Le Voyeur des nuits, 1953) and in her Vegetal Liturgies (1957), which evoke petrified exotic plants like the ones she saw as a child in the deserts and tropical forests of Chile and Argentina with her father, then a railway constructor. At the same time, her sculpture sought the company of architecture: she created pieces to be featured in buildings designed by architects as from 1959 and was awarded the sculpture prize at the 5th São Paulo Biennale in 1961. The elements in her series are either grouped together (Fruits de mer, 1962) or broken apart (Grand dialogue, 1964), or gathered in an ascending flow of precariously balanced volumes: Absente (1961), suggestive of the motion of taking flight, Ailées, Grand double (1971), Winged Field (1963).

Her preferred material was clay, although many of her sculptures were later cast in concrete, polyester, or bronze. She also adapted her findings to the designing of tapestries for the Manufacture des Gobelins, to jewellery, porcelain, as well as engraving, her original discipline. Her works are featured in a vast number of museums and sculpture parks in Paris and throughout France (Université de Bordeaux), Germany, Belgium, Luxembourg, Switzerland (Paul-Klee Centre in Bern), Italy, Argentina, Peru, and the United States. 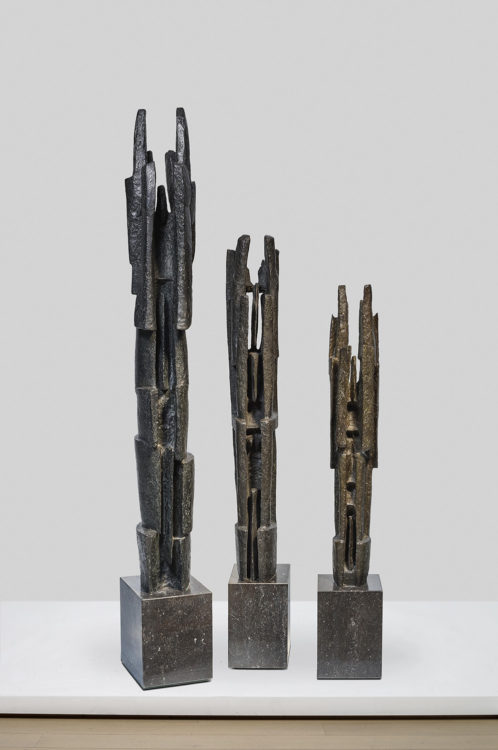 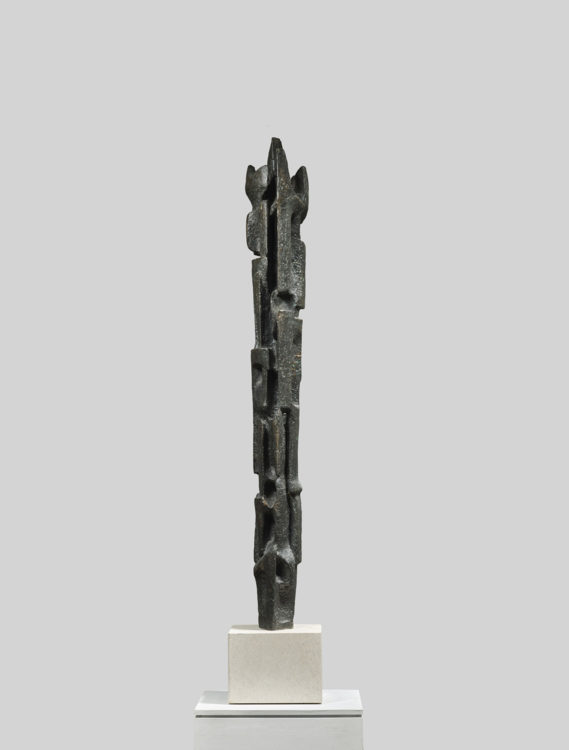 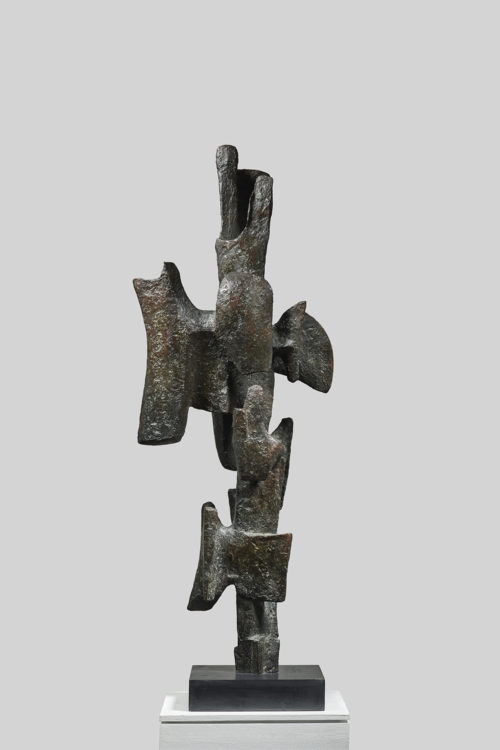 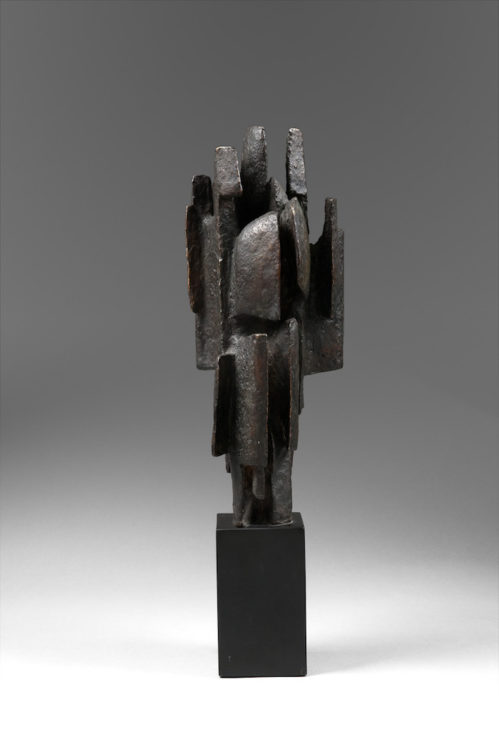 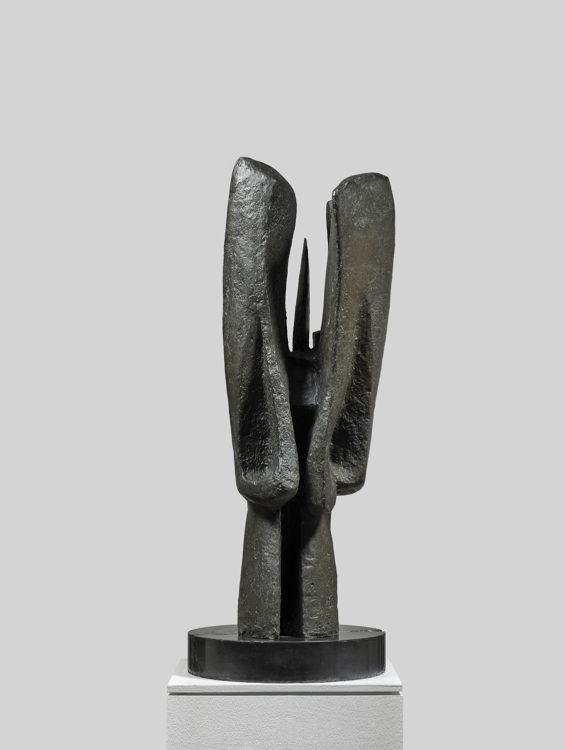 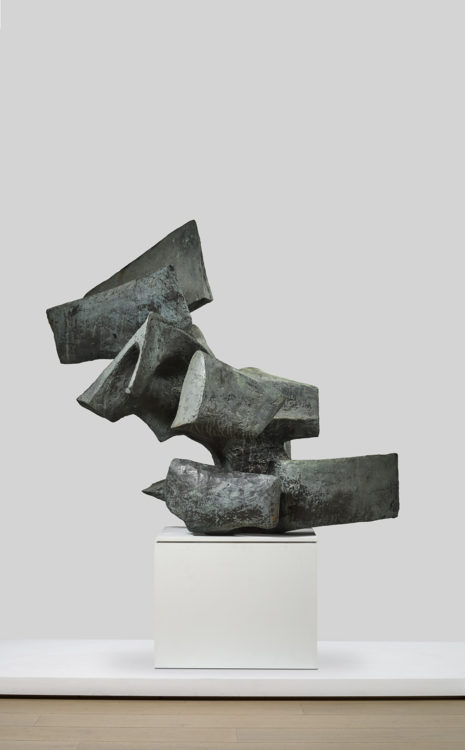 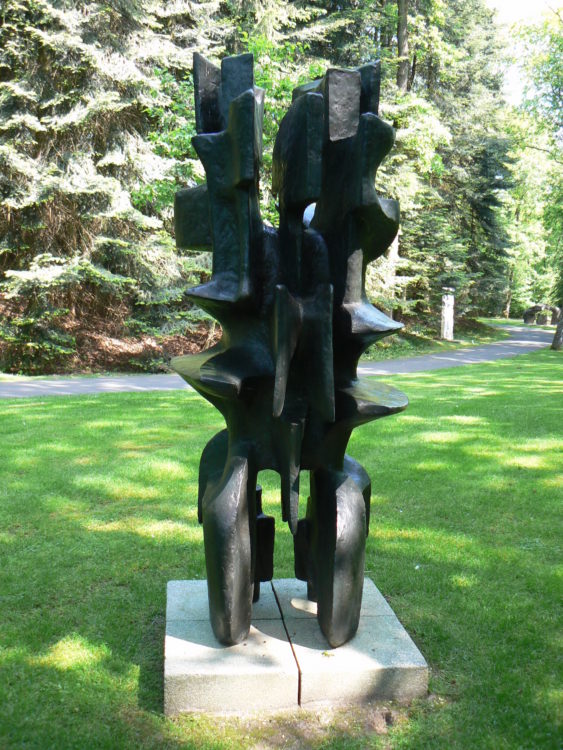 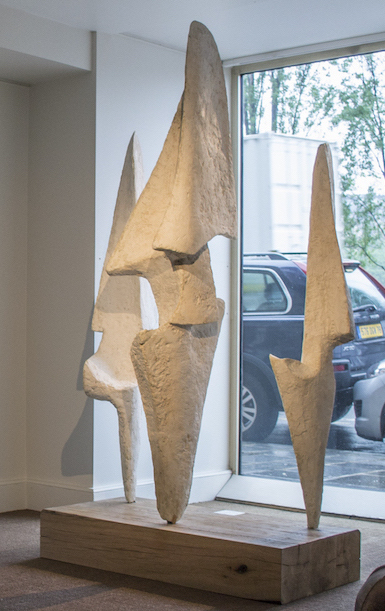 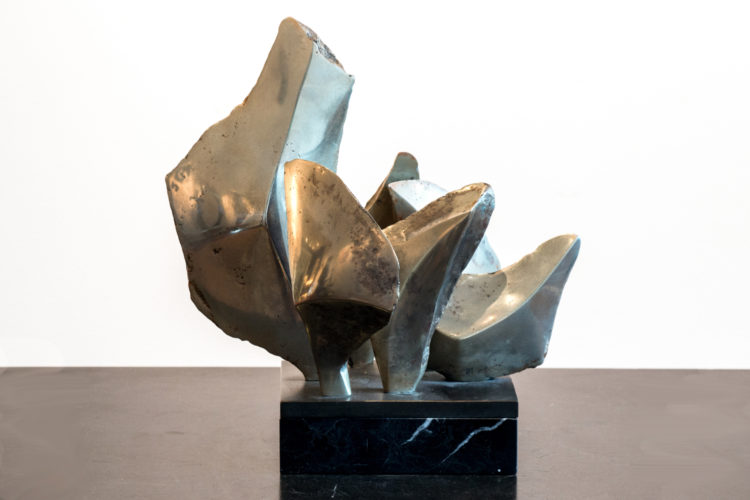 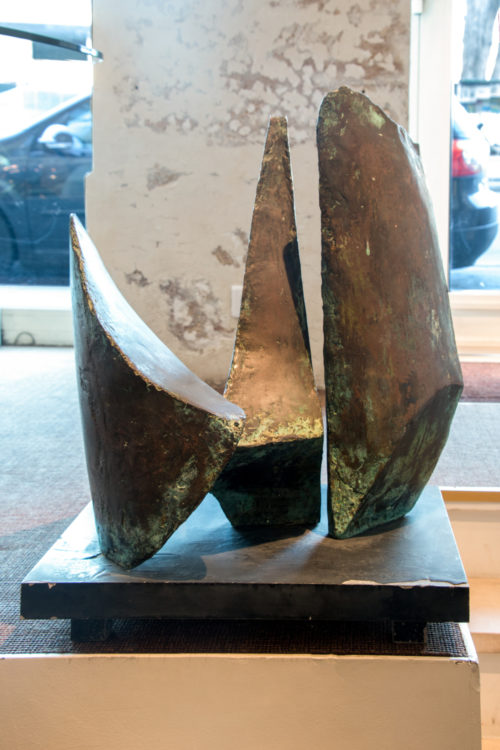 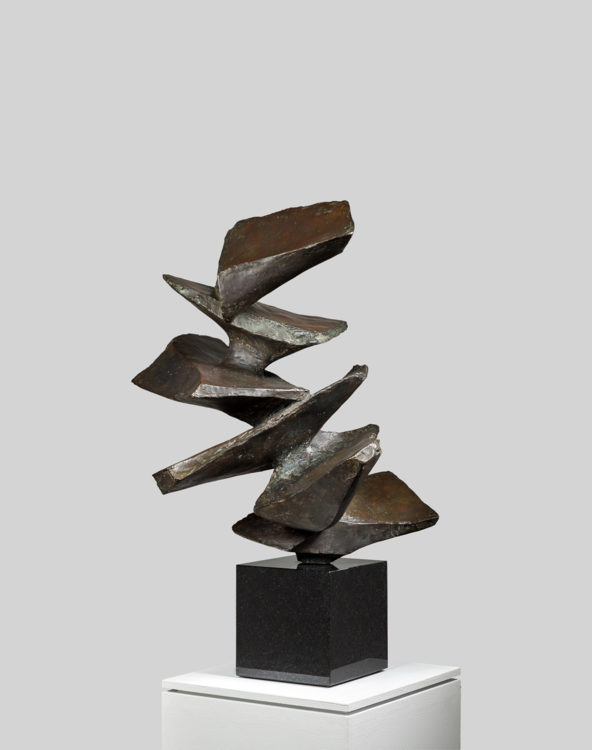 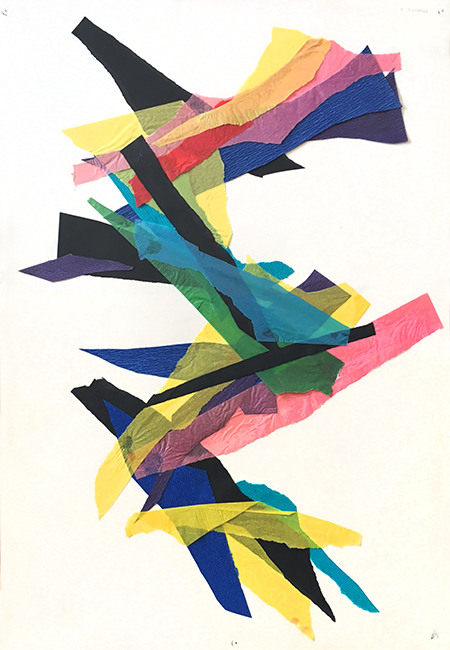 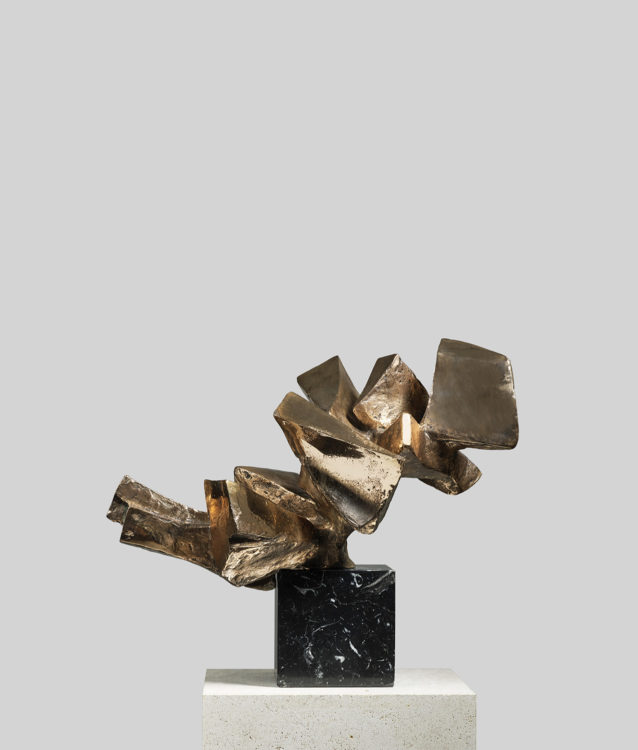 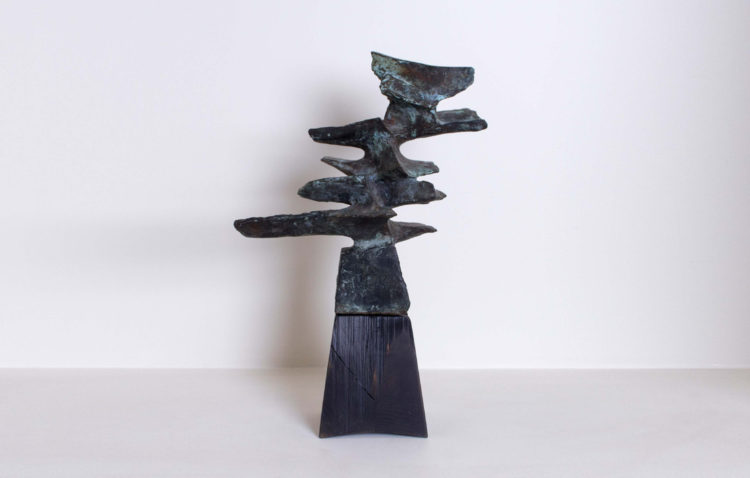 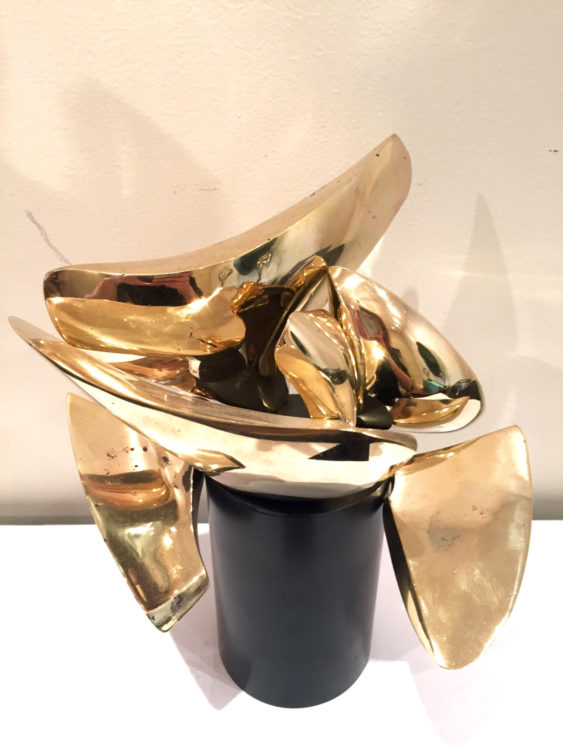 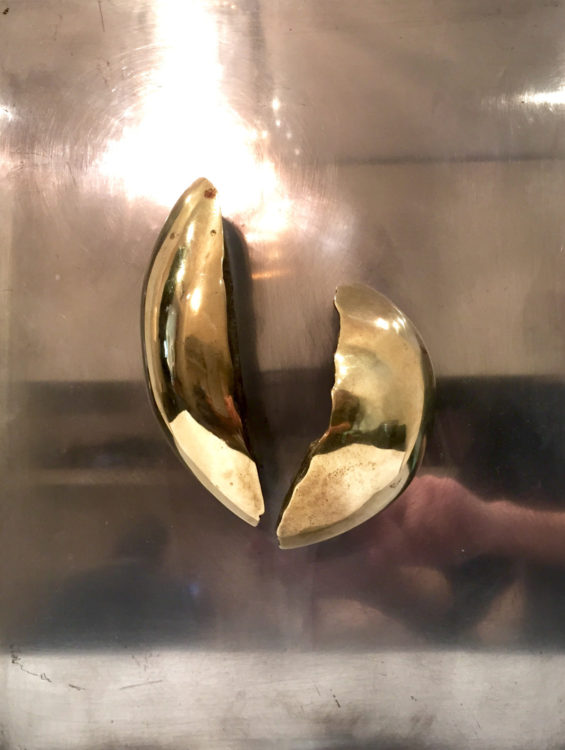