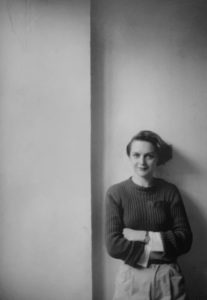 A graduate of the École Nationale Supérieure des Arts Décoratifs (ENSAD) in Paris, Catherine Lopès-Curval is the mother of filmmaker Julie Lopes-Curval. She is amongst a number of some of the most significant painters of the second generation of Narrative Figuration. Her career can be summarised through two exhibitions from 1990 and 2013. The first, organised by Galerie Jacqueline Moussion in Paris, marked a turning point for the artist after several trips to the United States where she had exhibited. Known until then for the violence of her representations of female and male couples, she began evolving towards more calming images, the figures becoming miniscule within immense urban landscapes, yet the cultural submission of women remained the central theme. The painter divides her characters into scenic devices surrounded by enormous buildings shaped like the bows of ships and by walled forests that literally solidify the space. Her paintings are complex, at once euphoric (the visible pleasure of painting going hand in hand with hints of humour) and gritty (the criticisms of modern society being clearly perceptible).

The second exhibition, Alice 2.0 and organised in 2013 by the cultural centre Le Radar in Bayeux (the artist’s hometown) marked a true climax. Imagining that Lewis Carroll’s Alice came to discover our world, just as crazy and incoherent as the one called “wonderland”, C. Lopès-Curval asserts an incomparable talent as a painter. Her paintings are not only accumulations of representations of disparate objects, they obey a superior principle of unity as aesthetic objects capable of expression. Meaning comes not only through representation, but by producing a certain impression on the viewer through what they represent; by manifesting a certain quality that words cannot account for but which is communicated by awakening a feeling: that which one experiences when confronted with an accomplished art. Her work has been acquired by the Fonds national d’art contemporain (1984), the Colas Foundation (1999) and the Centre Pompidou (2001). 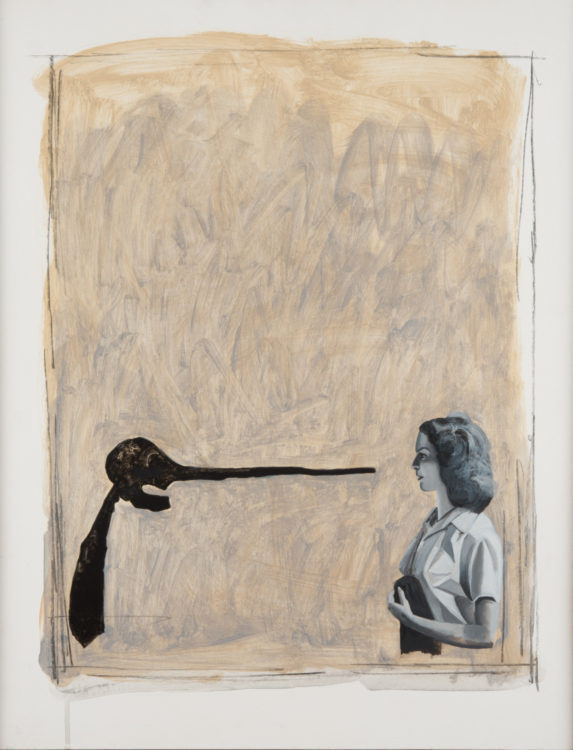 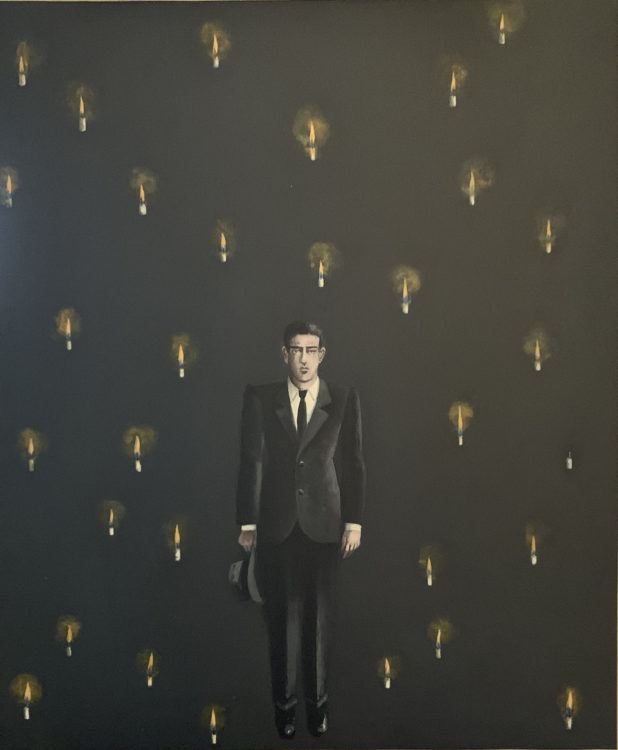 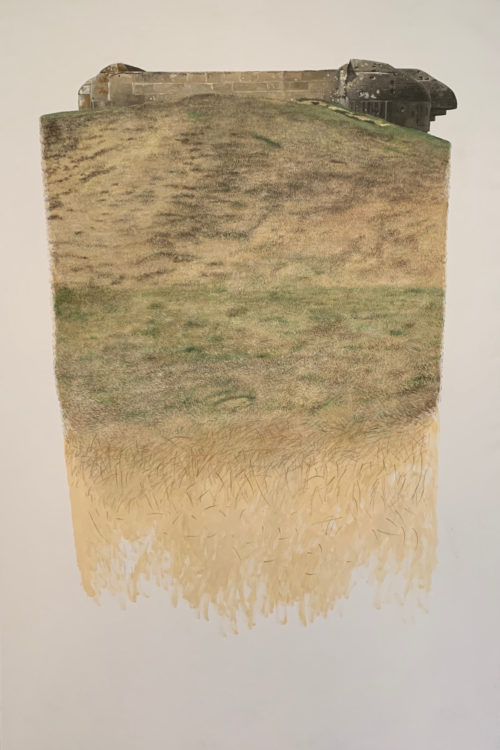 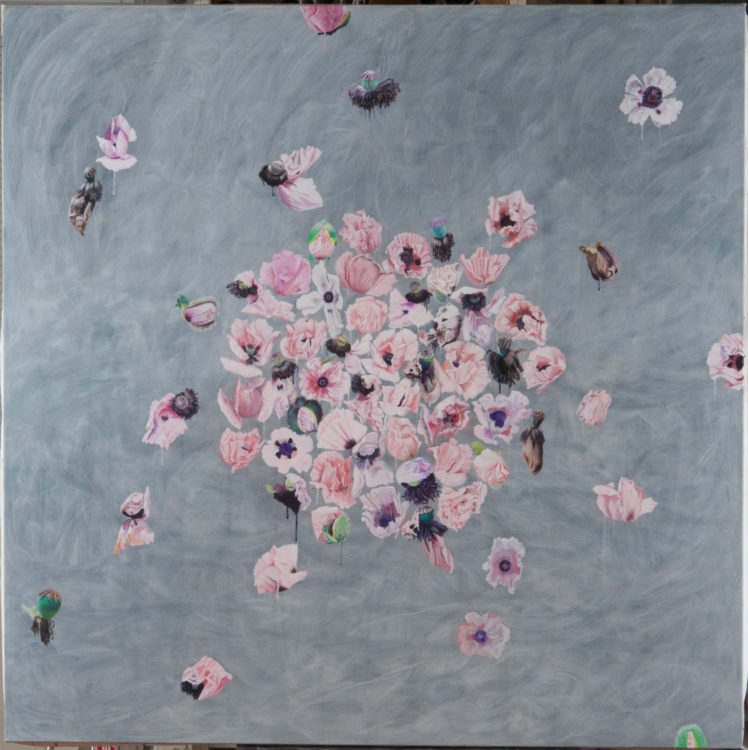 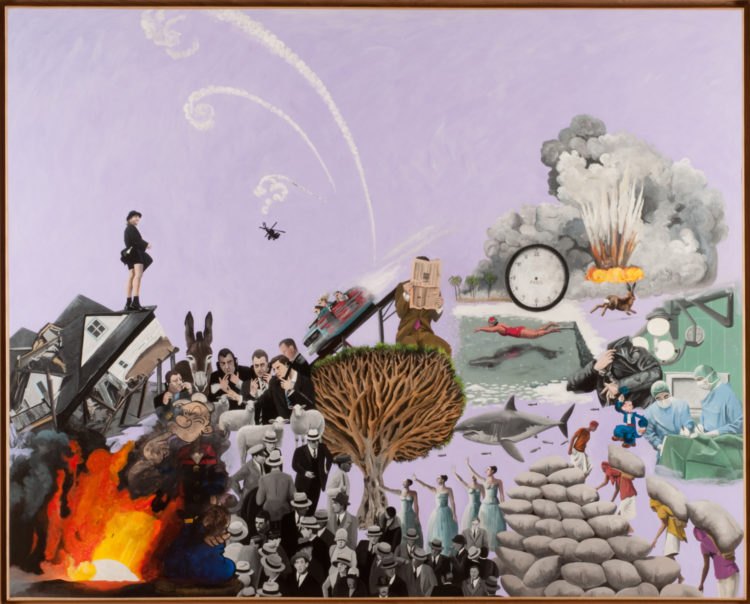 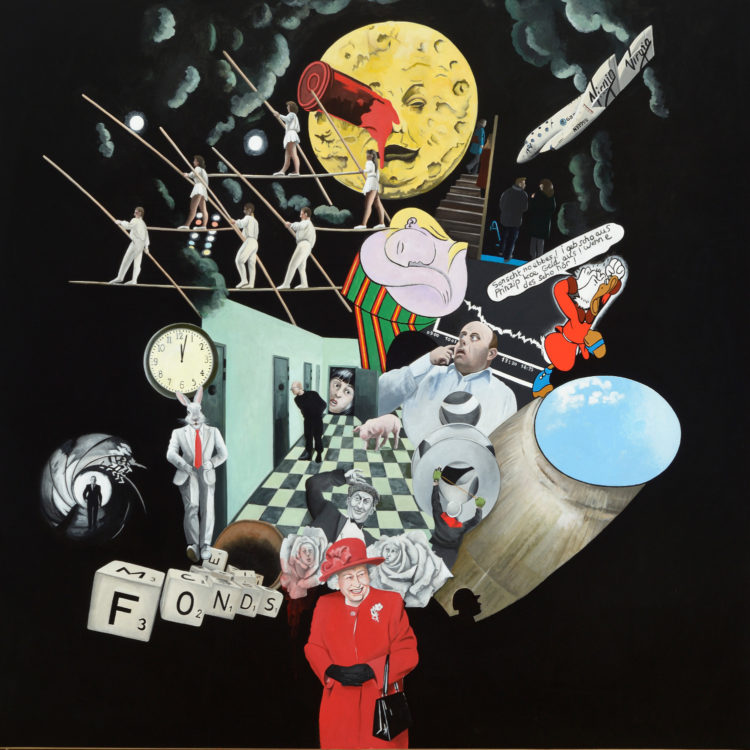 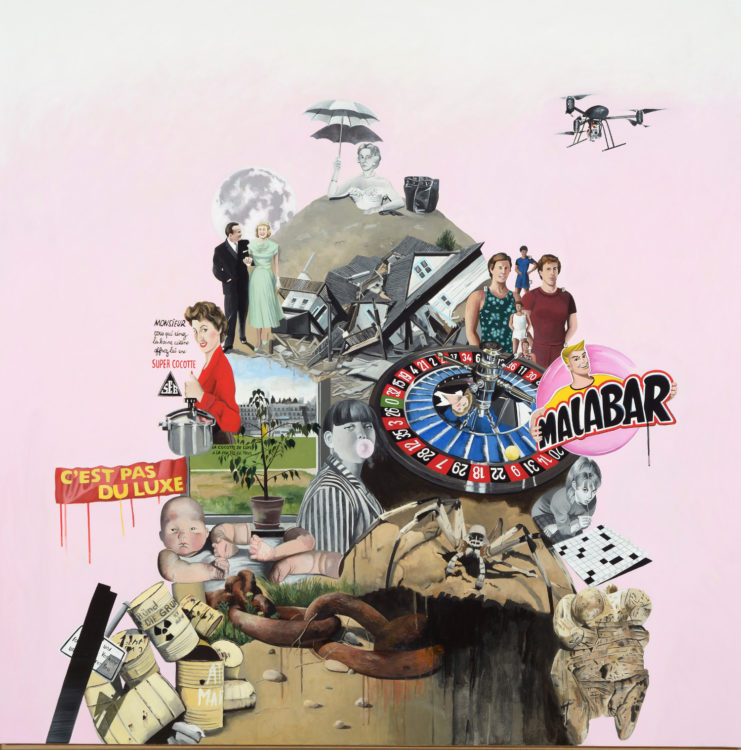 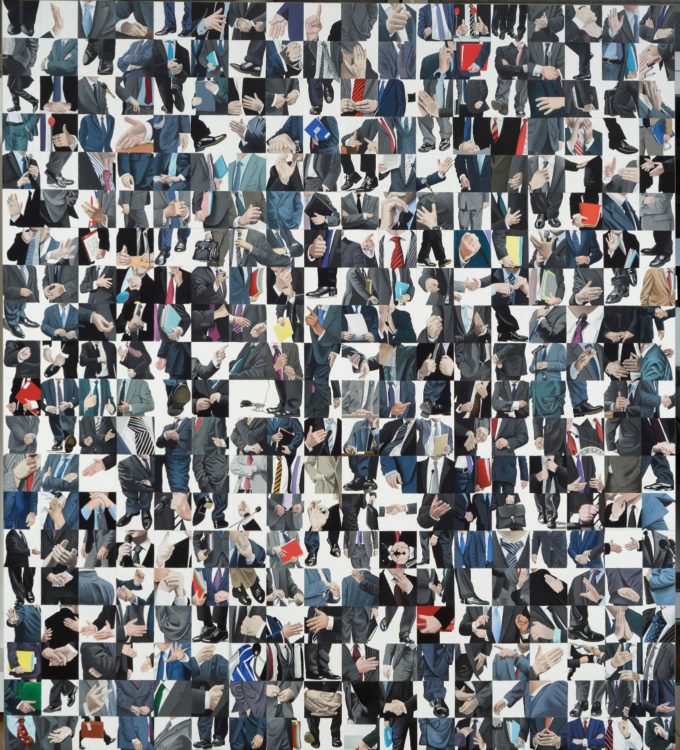 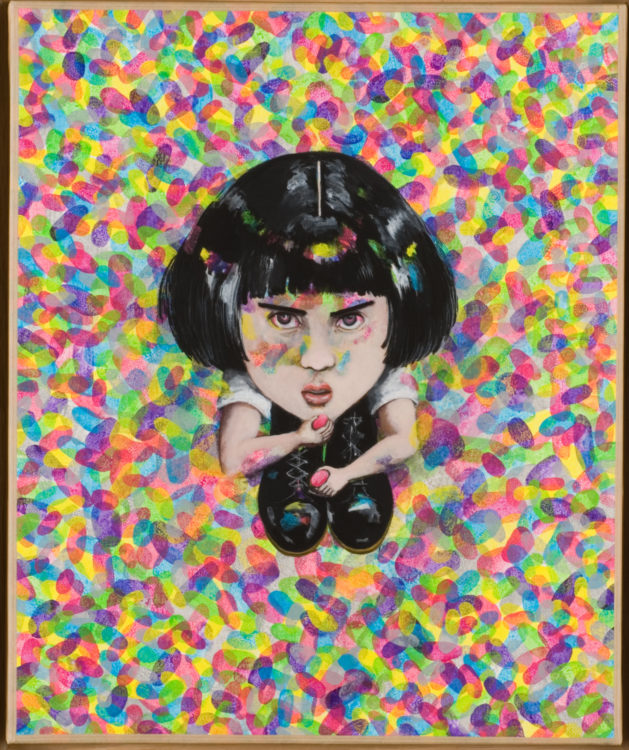 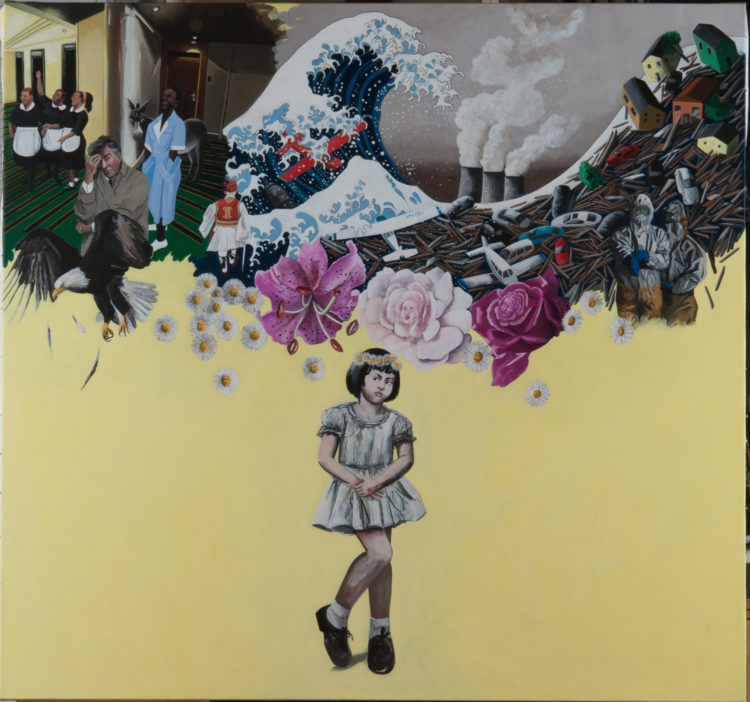 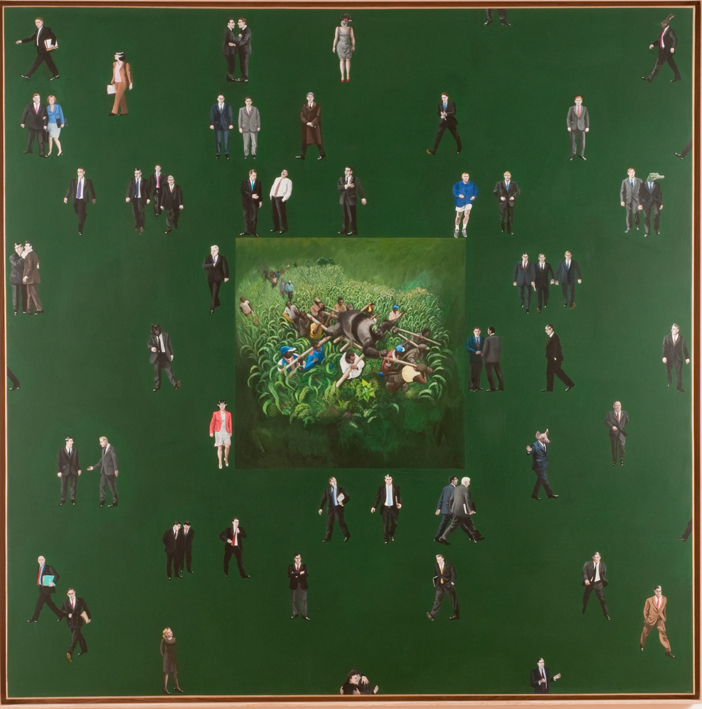