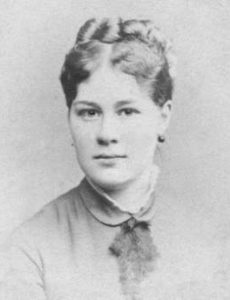 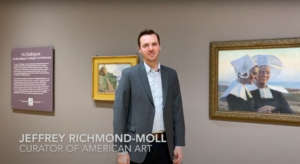 Cecilia Beaux was the daughter of an American teacher, who died twelve days after she was born, and of a French manufacturer, who returned to France and left her and her sister to be raised by relatives. With little money to her name, C. Beaux had to provide for her own needs. She worked as a lithographer and porcelain painter while studying at the Pennsylvania Academy of the Fine Arts in Philadelphia. Her early works showed the influence of James Abbott McNeill Whistler (1834-1903) and Impressionist techniques. She was awarded a prize for The Last Days of Infancy, also known as Les Derniers jours d’enfance, in 1884. In 1887, while still living in the United States, she sent the painting to the Salon des Artistes Français in Paris. The favourable reception of her painting led her to travel to France in 1888 and 1889. In Paris she attended classes at the Académie Julian (she presented herself as a student of MM. W. Sartain, Bouguereau and T. Robert-Fleury in the booklet of the 1889 Salon des Artistes Français) and Académie Colarossi, but did not hide her dissatisfaction with their teachings. Back in Philadelphia she started a successful career as a portrait artist. She taught at the Pennsylvania Academy of the Fine Arts from 1895 to 1915, returning to France frequently. During one of her stays in the country in the summer of 1896, Lilla Cabot Perry (1848-1933) introduced her to Claude Monet (1840-1926), but the meeting would not prove influential on her subsequent art.

C. Beaux was friends with Ellen Day Hale (1855-1940), Martha Walker (1975-1976), poet and publisher Richard Watson Gilder, and his wife, illustrator Helena de Kay Gilder. Their daughter, Dorothea Gilder, became C. Beaux’s favourite model. Through the Gilder’s agency, she was commissioned to paintFirst Lady Edith Roosevelt (Mrs Theodore Roosevelt and Daughter Ethel, 1902). C. Beaux’s works were exhibited regularly in the United States, London and Paris, and often drew comparisons with the works of John Singer Sargent (1856-1925). She was awarded a gold medal at the 1900 World’s Fair. After World War II, she offered to paint portraits of major figures of the Allied forces, most notably Ferdinand Foch and Joseph Joffre. She also painted, not without some difficulty, Georges Clemenceau’s portrait in 1920.

In 1921 she donated the picture Sita and Sarita (Femme au chat), which she had painted in 1893-94 in New Jersey, to the French state. She also produced a copy of the painting, now kept in Washington. The model for the painting was her cousin Sarah Allibone Leavitt, and the cat was meant as a reference to Édouard Manet’s Olympia (1863). The canvas was one of six pictures she presented at the Salon de la Société Nationale des Beaux-Arts in 1896, and earned her the title of “Associate of the Société Nationale des Beaux-arts”, of which she was quite proud. The picture was also shown in 1898 at the International Society of Sculptors, Painters and Gravers in London.

C. Beaux was the first woman to be given a permanent teaching position at the Pennsylvania Academy of the Fine Arts (where she taught portraiture) and the first American woman to have a self-portrait commissioned for the Uffizi Gallery in Florence. She received a number of awards in the 1930s. In 1933, Eleanor Roosevelt awarded her the Chi Omega gold medal, which honoured the American women who had made the greatest contributions to world culture. Two retrospective exhibitions of her work were held in New York in 1931 and 1935. Her autobiography, Background with Figures, was published in 1930. 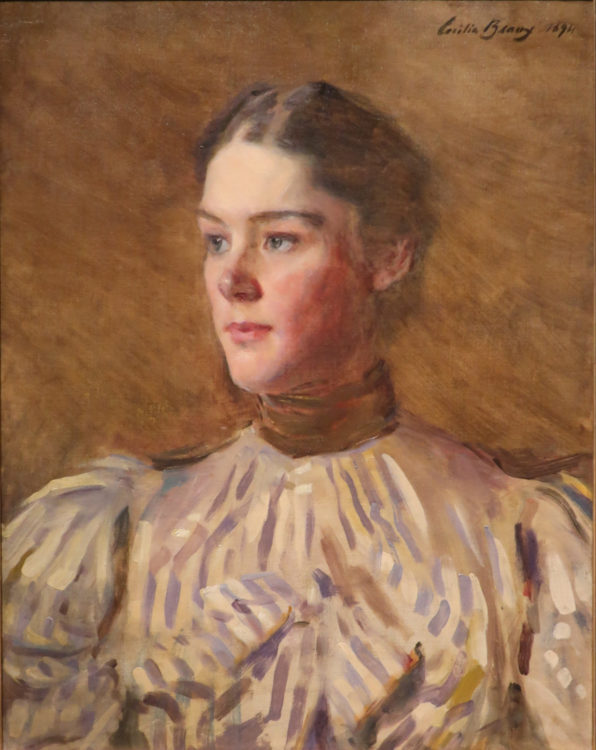 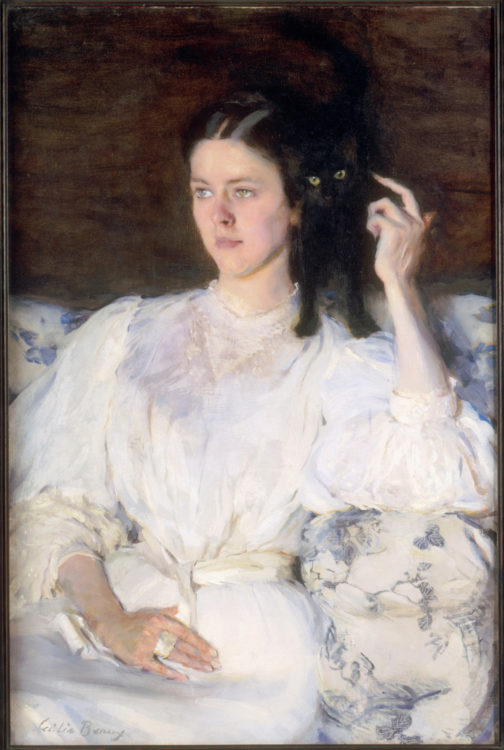 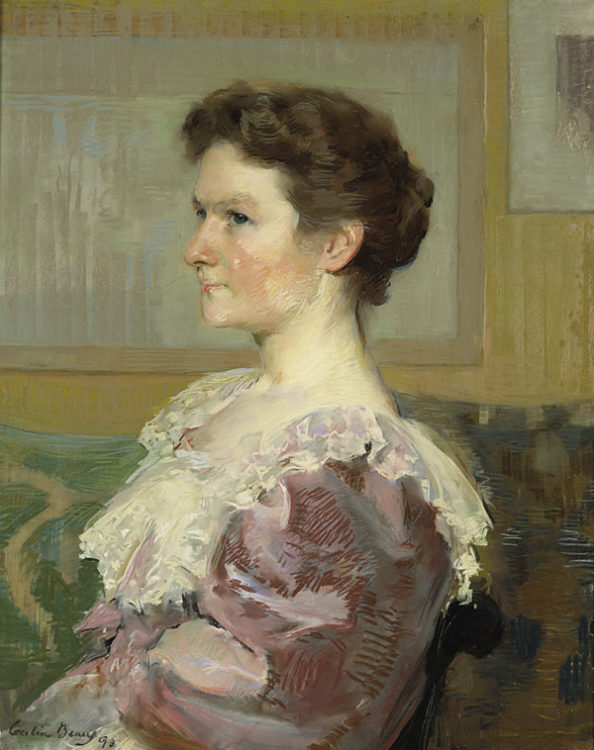 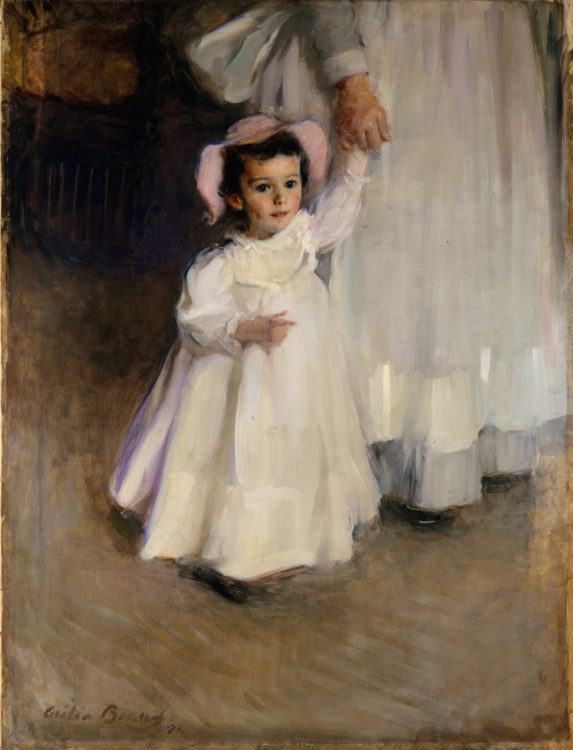 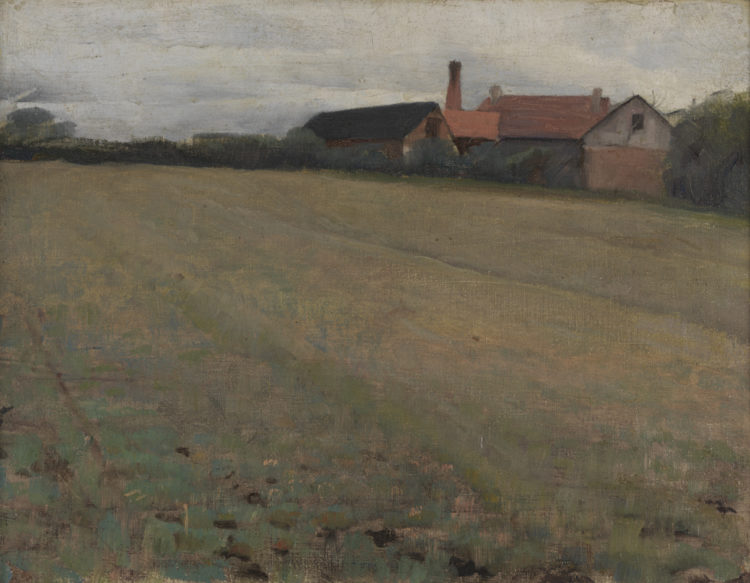 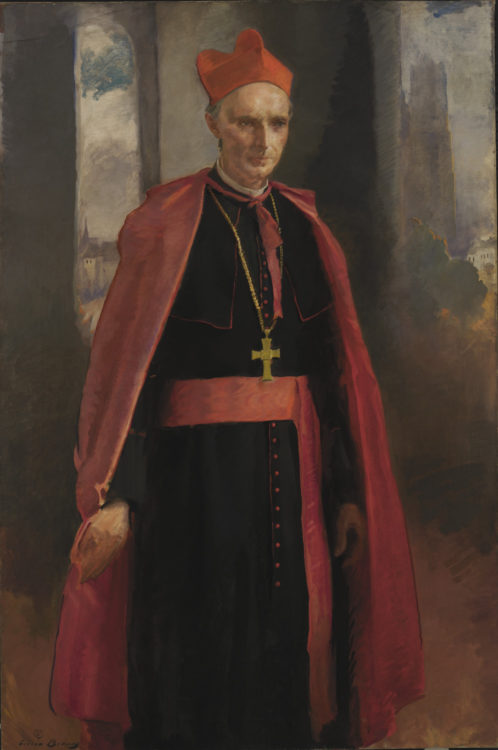 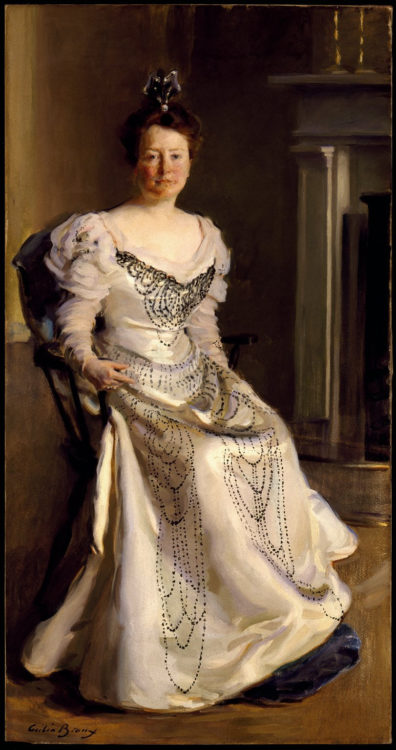 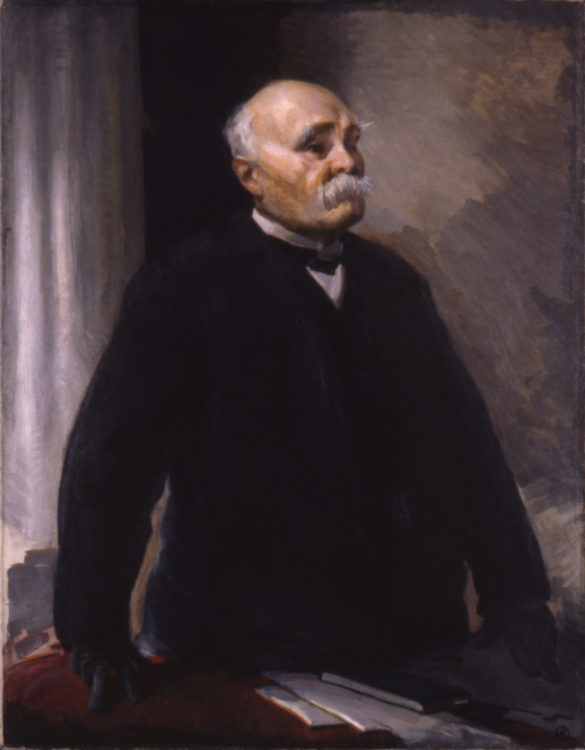 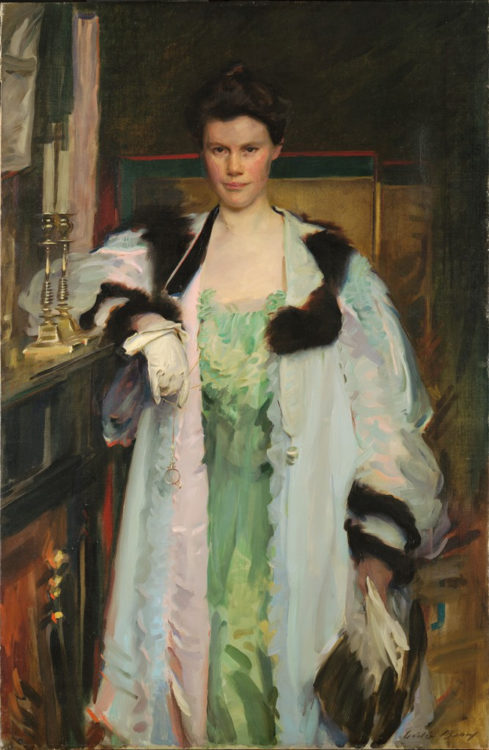 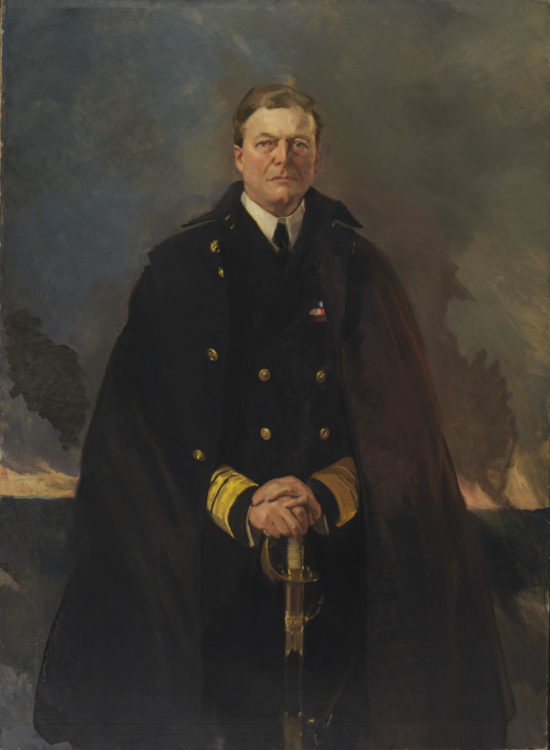 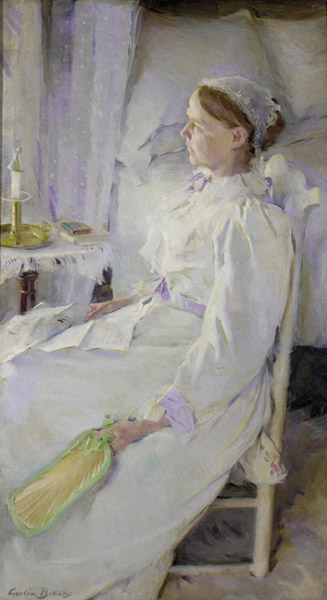 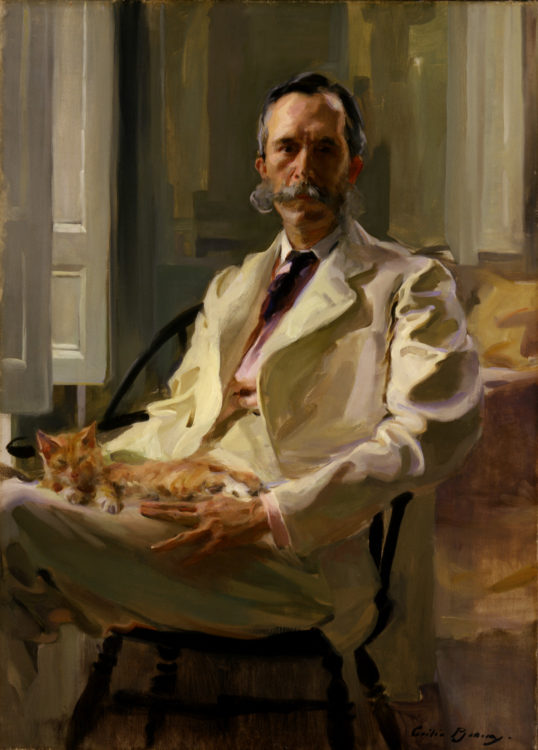 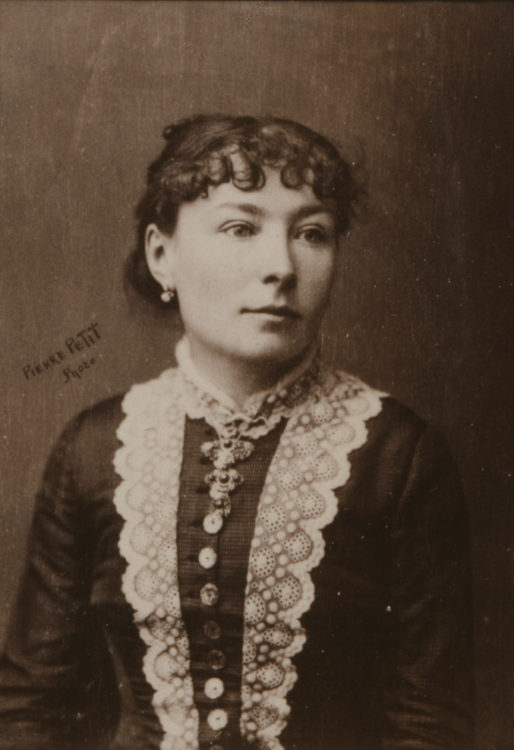 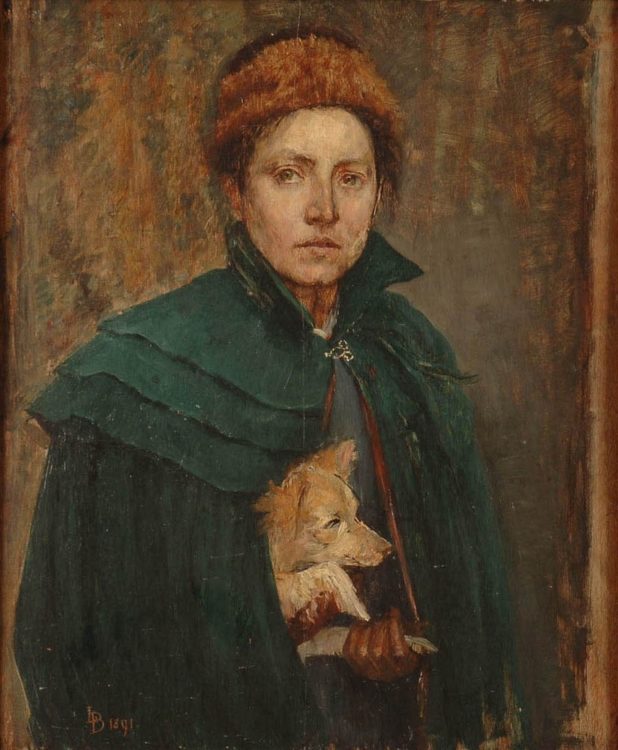