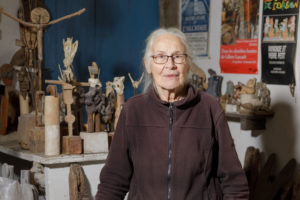 Born in the Champagne region of France, Claudine Monchaussé decided to study in Paris at the age of 16 and spent the 1950s working as a typist for the department store Printemps. In her free time, she often visited the art galleries on the Left Bank of Paris. She discovered artistic ceramics in the Place de la Madeleine at an exhibition of stoneware from the village La Borne. There, she met the ceramist Pierre Mestre in 1957 and the two moved to La Borne two years later. This ceramic hot spot has been known since the twelfth century for its terracotta. Without unfolding another history, it is important to mention the Talbot family, a dynasty of pottery that contributed to its fame during the nineteenth century, particularly Marie Talbot, a great figure of innovation and bravery for C. Monchaussé. In the often male dominated and anonymous world of folk art, Marie Talbot demonstrated an overwhelming assertiveness by signing her pieces, “Made by me, Marie”.

C. Monchaussé realised her first clay figures in the 1960s. Still today, she goes to her studio every morning. She surrounds herself with images of the virgin and bulls, an exploded encyclopaedia celebrating the womb and fertility. The primordial principles of fertility overlap as in her sculptures that search for a possible balance between forces and their harmonious fusion. “I have always been aware of a mother goddess,” says the artist, insisting on this vision that still preoccupies her. She is the worker of a mythology for which she produces a succession of idols; the founder of a civilisation which she tirelessly shapes while keeping the mystery alive—saying without showing. As for her technique, she built her first wood-fired oven in 1974, then later a much more practical “Sèvres” type of oven in 1989, both of which have a firebox where the wood is stuffed. Next to it, in the hottest area of the oven and in direct contact with the flames, is hell. In general, this space is left to the apprentices, because the powerful thermal shocks can alter the decorations or simply blow up the works. It is in hell that the artist places her pieces, and it is from this hell that she wants to bring them back to life.

C. Monchaussé discusses the etymology of the word “religion” by reminding us that it is a question of connection (relier in French). Shaped on the scale of the hand, her sculptures are a relay transmitted from one palm to another. She does not dedicate her ceramics to anyone, and yet a form of address still exists: her objects constitute a community, a population, a family, an attempt to seed the world. The artist made the choice for a basic diffusion of her pieces by having a sale for amateurs once per year in her garden after firing around forty pieces. Her work has travelled for decades through this simple distribution. It is through this intimacy with buyers who have become friends over time that her sculptures have found their true homes, on mantlepieces and nightstands. 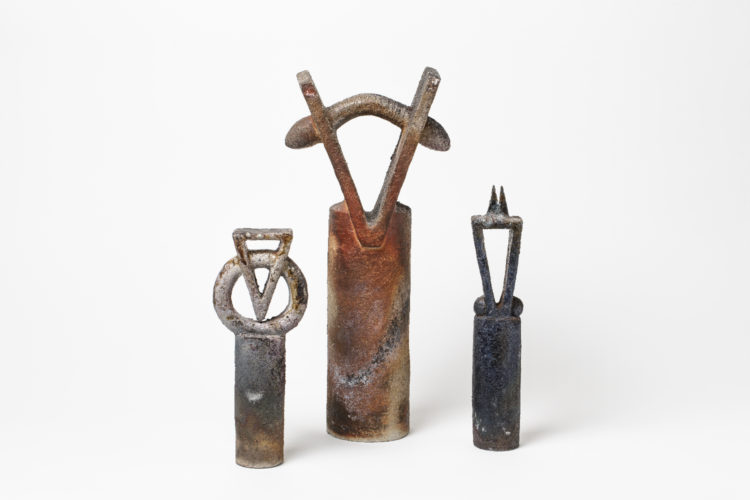 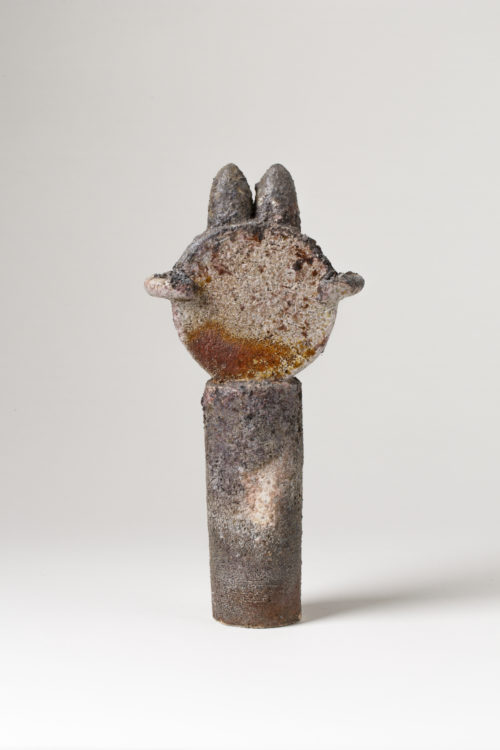 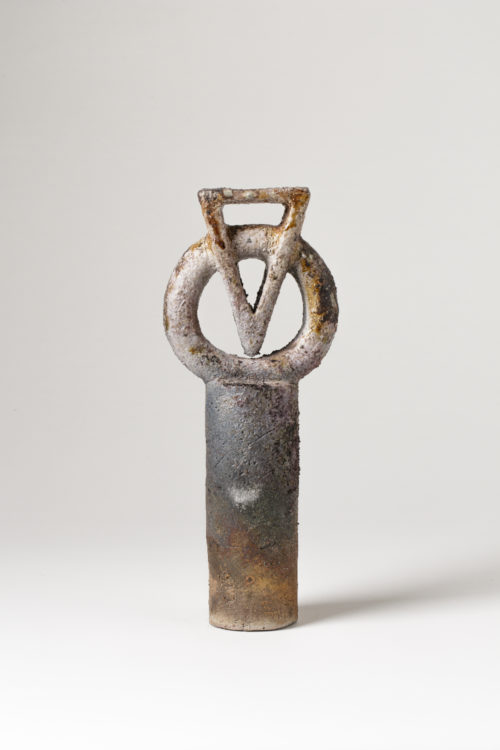 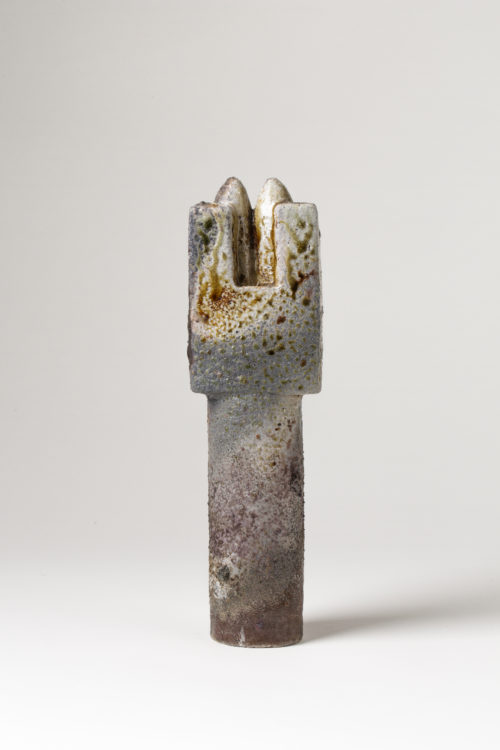 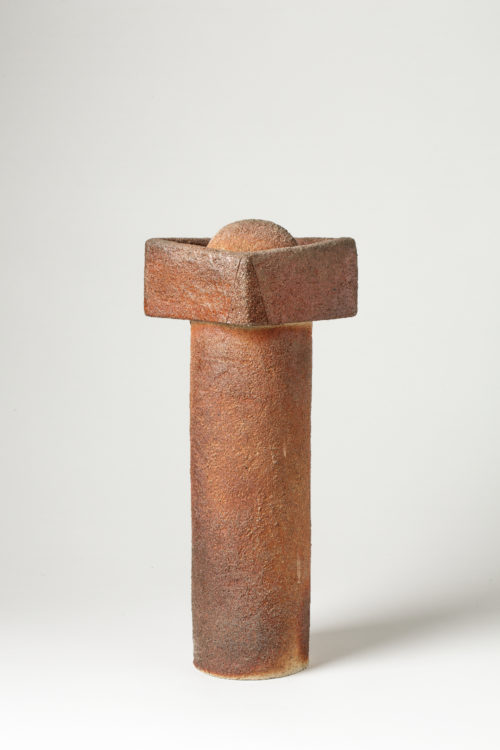 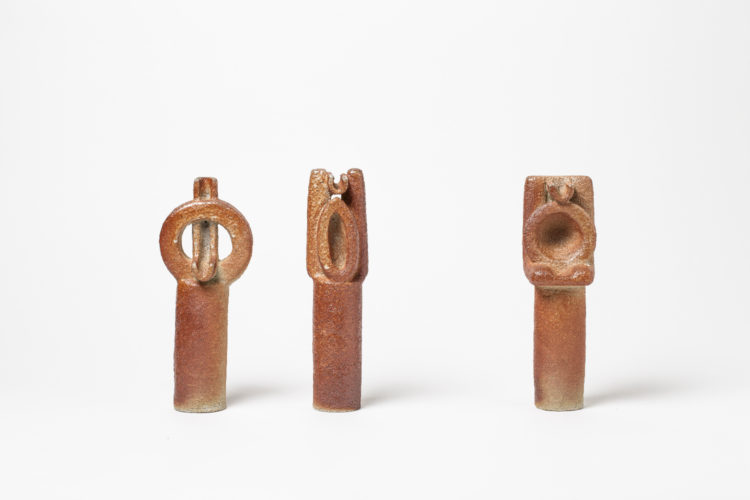 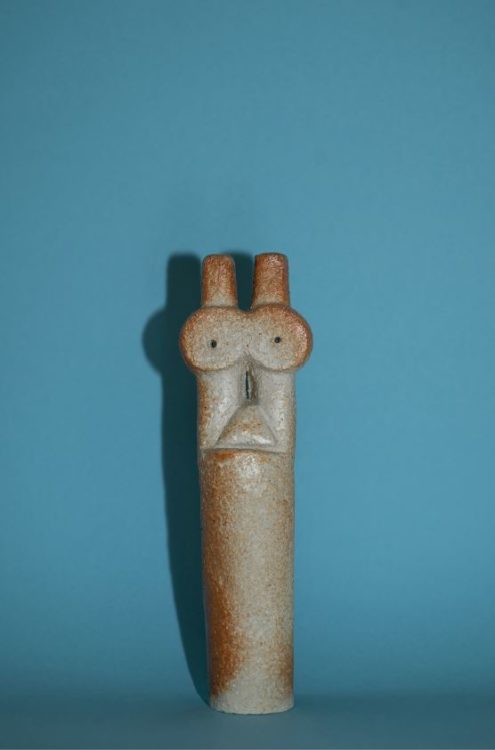 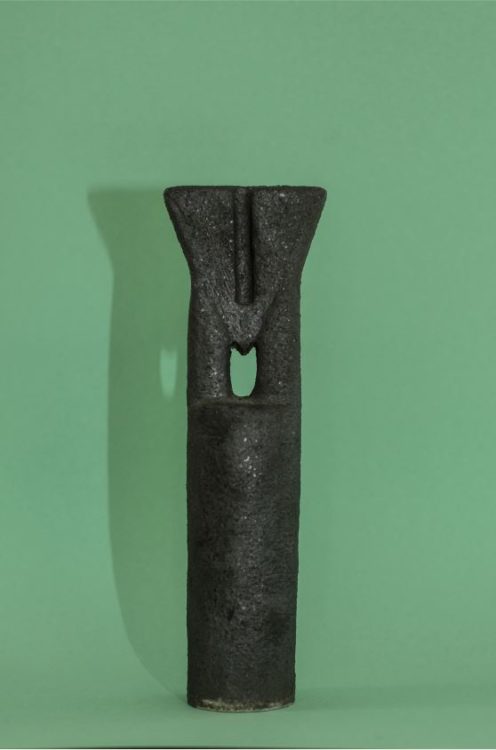 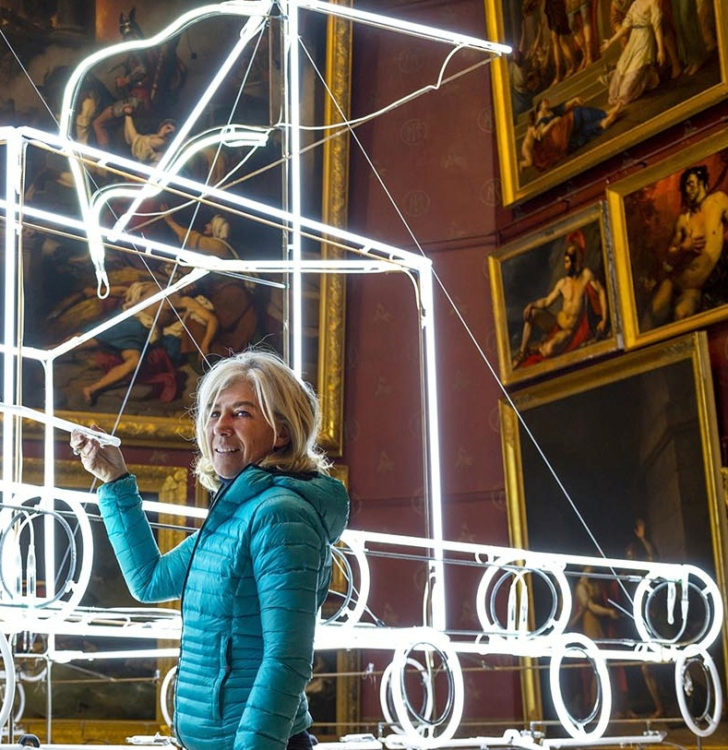 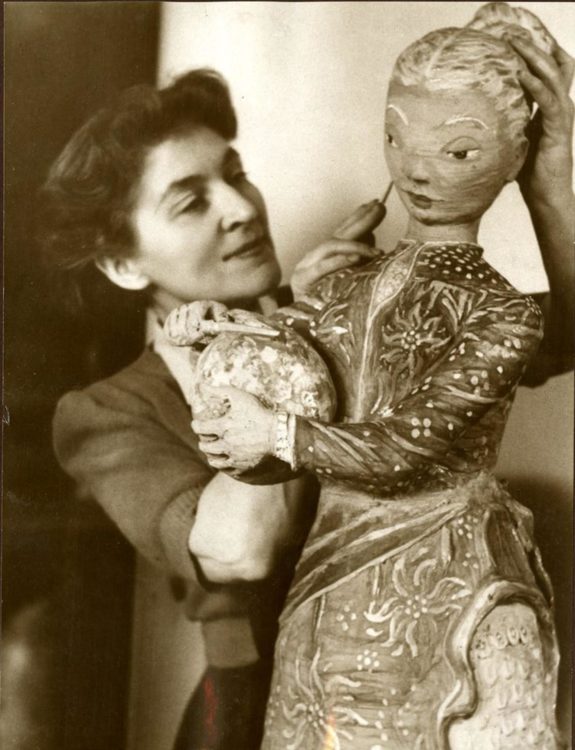 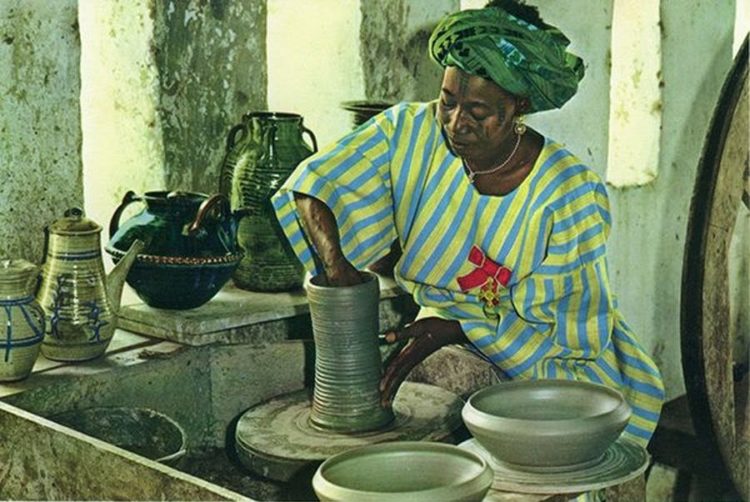