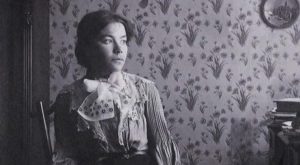 In early 20th-century Russia, Elena Gouro had a career rooted in the avant-garde. The daughter of a high-ranking military officer, she received artistic training in the workshop of the Polish impressionist Jan Ciągliński. There she also met her husband, the composer Mikhail Matiushin. In 1906-1907 she studied painting with Léon Bakst and Mstislav Dobuzinsky, artists who belonged to the Mir Iskousstva [World of Art] group. Her first paintings display a style inspired by primitivism, with thick lines and bright colours. At the same time, she read widely (works by the French-speaking Belgian poet Émile Verhaeren, and by Russian symbolists such as Aleksandr Blok and Andrei Belyi) and she wrote poems and plays. She and her husband participated in the founding of the first Russian Futurist group. In 1910-1913 she exhibited in several exhibitions and wrote a poem entitled Vetrogon, soumabrod, letatel [Twirling, Lunatic, Fluttering] for the second almanac Sadok soudeï II [The Breeding Ground for Judges II], which came to be considered the movement’s manifesto.

In 1912 she published her second collection, Osenny Son [Dream of Autumn], which was more distant from Futurist aesthetics: she wrote free verse in a mystical, laconic style imbued with hermeticism. Upon her early death – she succumbed to leukaemia in her Finnish dacha – Futurists Velimir Khlebnikov and Alexei Krushchenykh dedicated a collection to her, Troe [Three], illustrated with lithographs by Kazimir Malevich. E. Gouro’s work enjoyed renewed interest starting in the 1970s. Her writings were reissued in Stockholm (Selected Prose and Poetry, 1988) and Berkeley, but would be published in Russia only after the collapse of the Soviet Union. 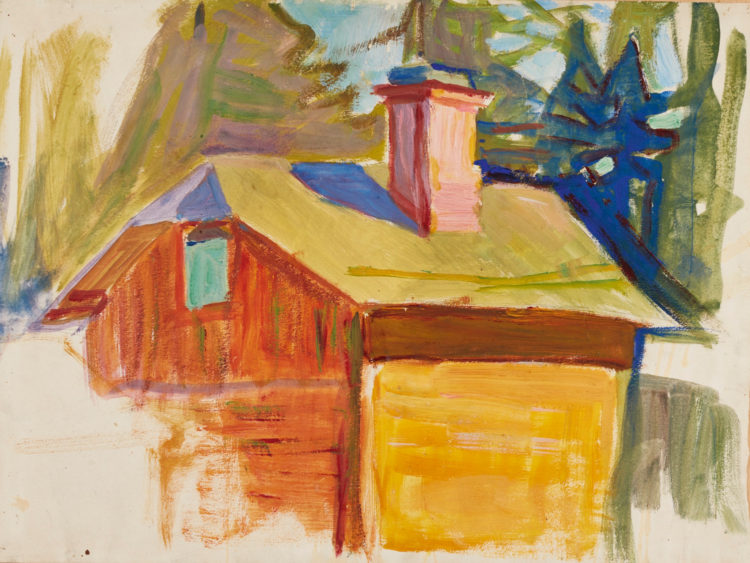 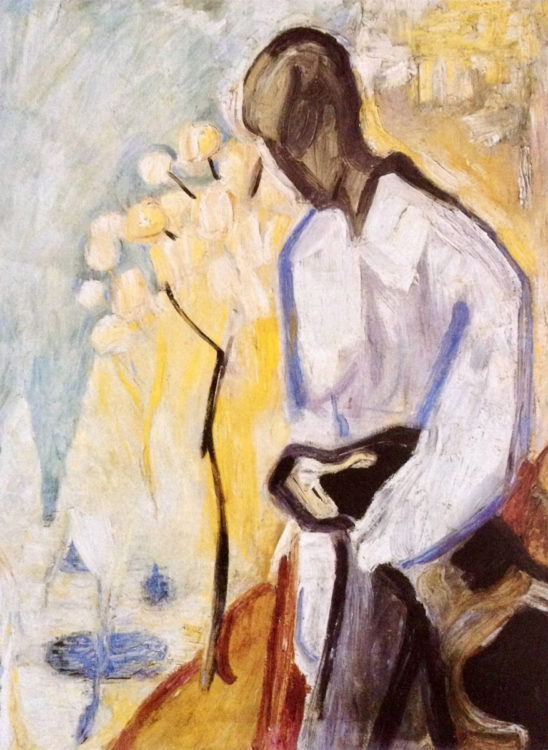 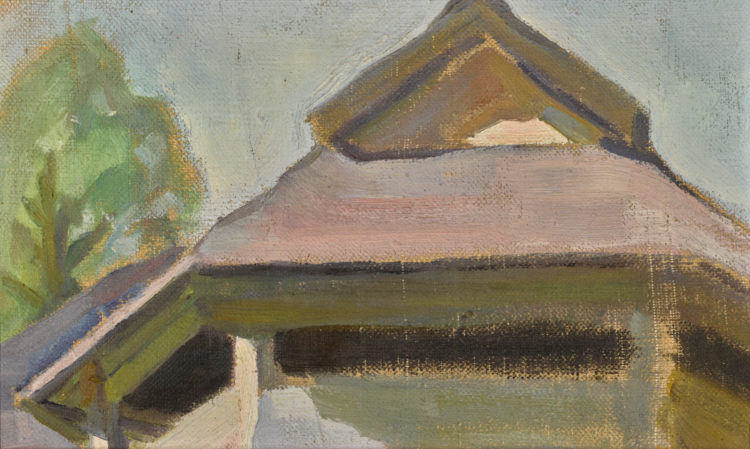 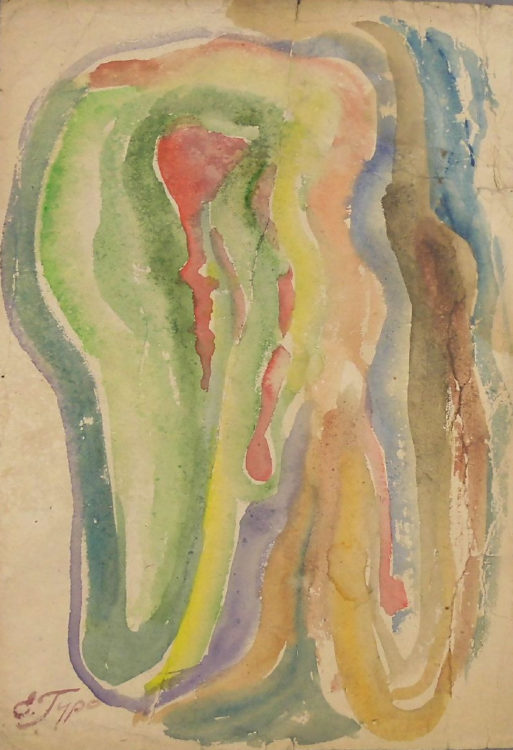 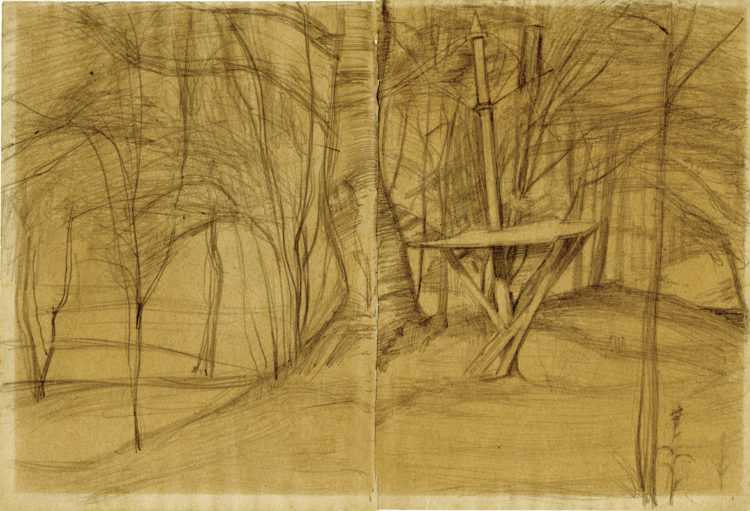