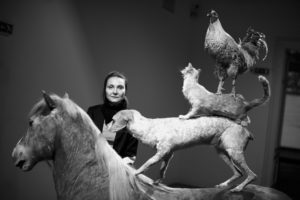 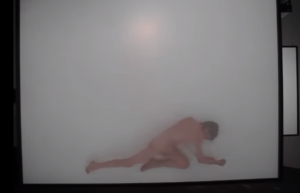 Katarzyna Kozyra studied Germanic philology at the University of Warsaw and sculpture at the Academy of Fine Arts, and then dedicated herself to photography, video, installations, and performances. In 1993, her graduation piece, Pyramid of Animals, inspired by the tale The Musicians of Bremen by the Brothers Grimm, presents four taxidermied animals. The work was the object of violent controversy, as she had killed a horse and witnessed its slaughter and carve-up – an operation visible in the video that accompanies the sculpture. By drawing attention to these perfectly normalised daily murders, which fail to elicit any indignation when they are part of the food chain, this installation questions an ethic that is applied differently depending on whether it is a question of killing for consumption or killing for art. In 1995, suffering from cancer, she again cause a scandal by representing herself naked, in Olympia, in a pose borrowed from Manet. Her body here is ugly, as we see it submitted to treatments in the sanitized world of the hospital, and escapes the traditional codes of the female nude. As for Boys (2001), a work consisting of three films exploring masculine construction and showing men wearing underwear in the shape of a vagina, there again, her work disturbed audiences and her posters were censored owing to a papal visit to Poland.

Subsequently, Kozyra has infiltrated various milieus in order to question taboos and behavioural stereotypes. She explores “homosocial” rites, observed within the framework of strict social relations between men, and that are not explicitly of a sexual nature: in 1999, she secretly filmed the men’s Turkish bathhouse in Budapest (Men’s Bathhouse), following the women’s bathhouse in 1997. Accused of vulgarity, the video installation The Bathhouse nonetheless represented Poland at the 48th Venice Biennale in 1999. In her series of theatre performances In Art Dreams Come True (2003-2008), she focused on the opera diva, the fairytale princess, the pop star, or the femme fatale. In 2002, the theme of Punishment and Crime is a group of paramilitary men, passionate about weapons, who are shooting and illegally destroying targets out of sheer pleasure, with no ideological aim. Flirting with prohibition and taboos, these works analyse the unspoken issues around the body and the artifices that encode and socialise it. 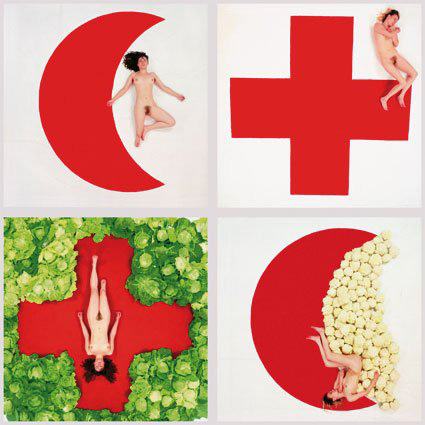 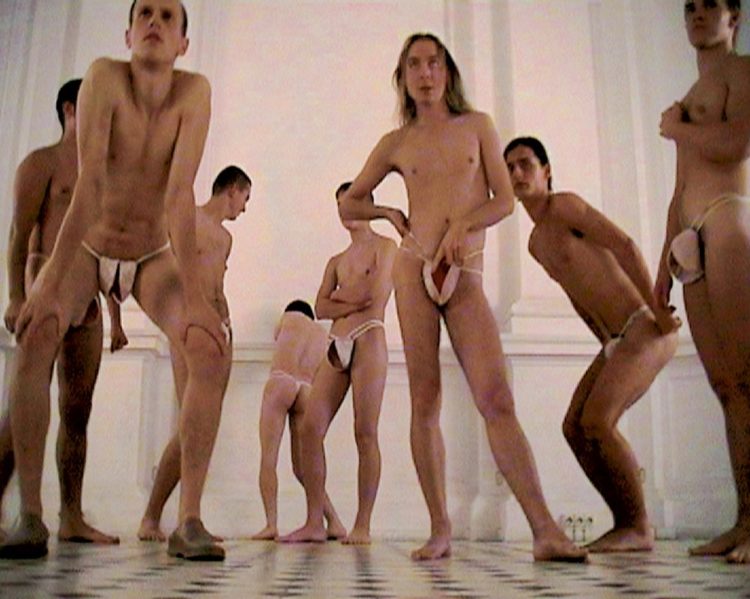 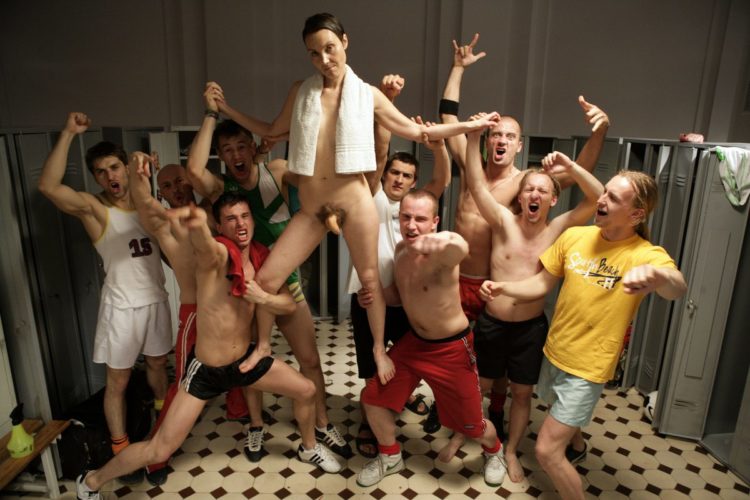 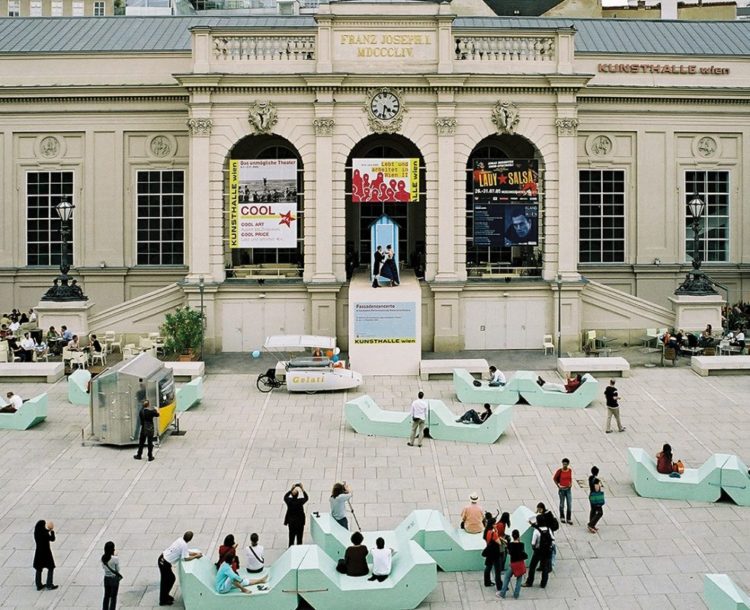 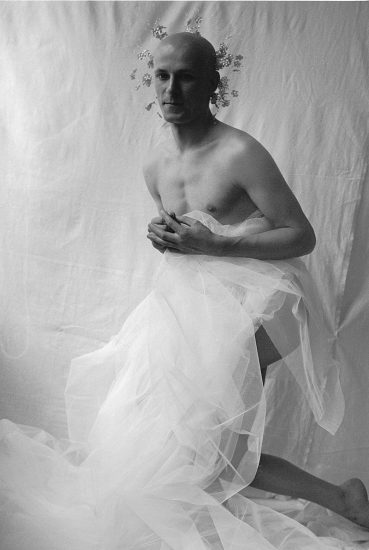 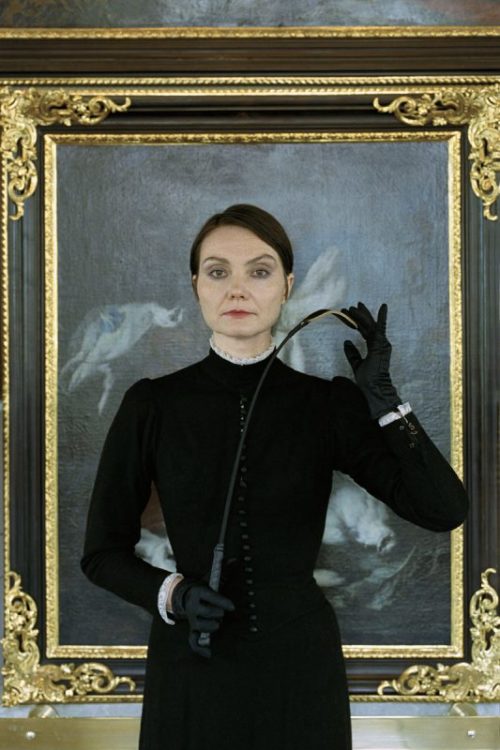 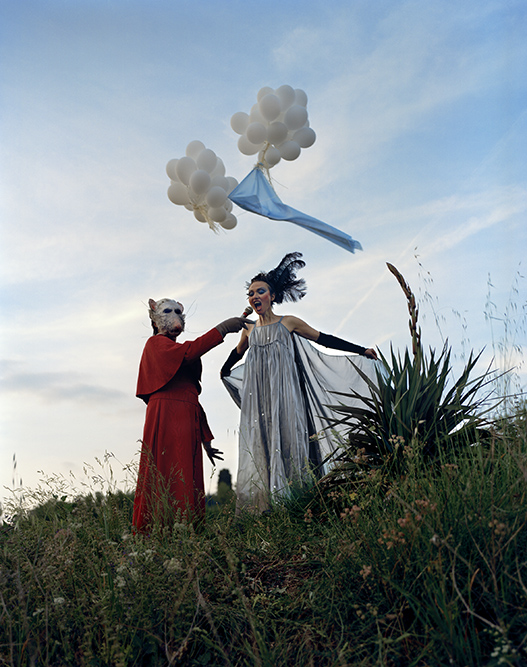 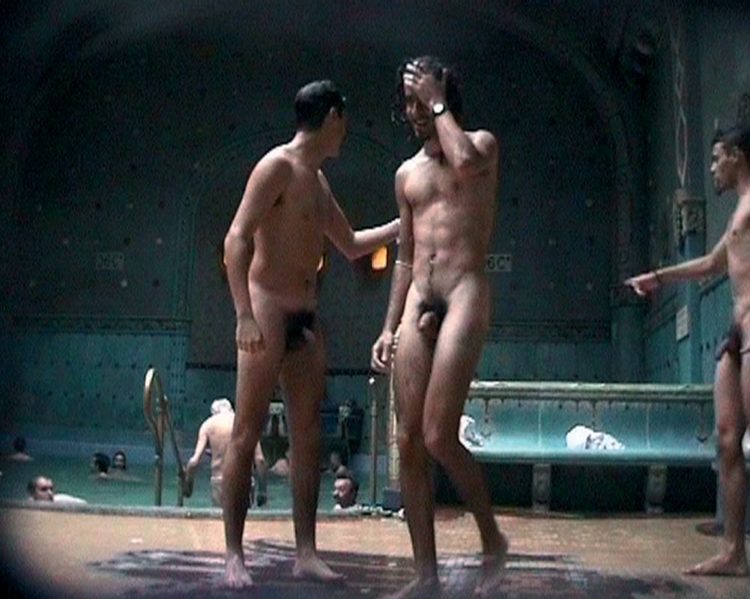 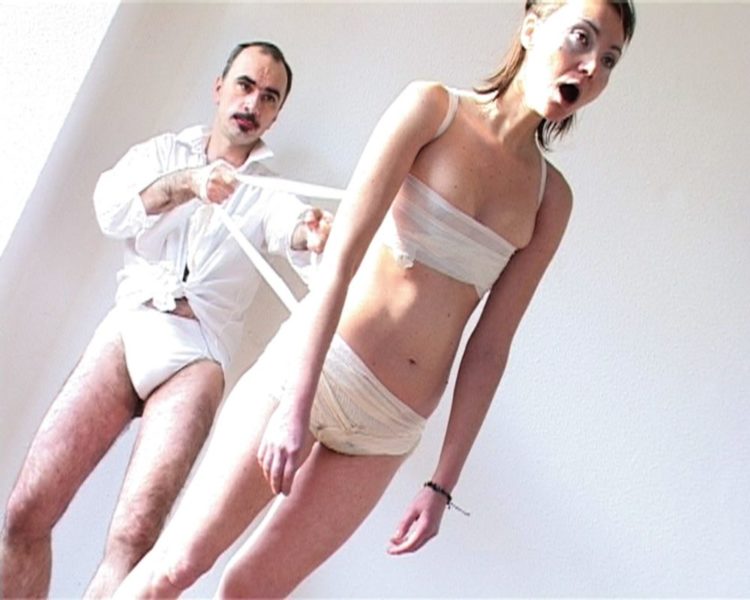 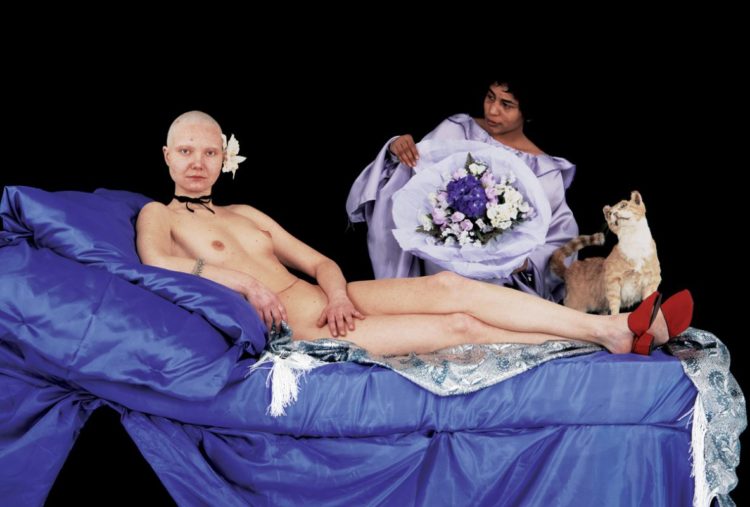 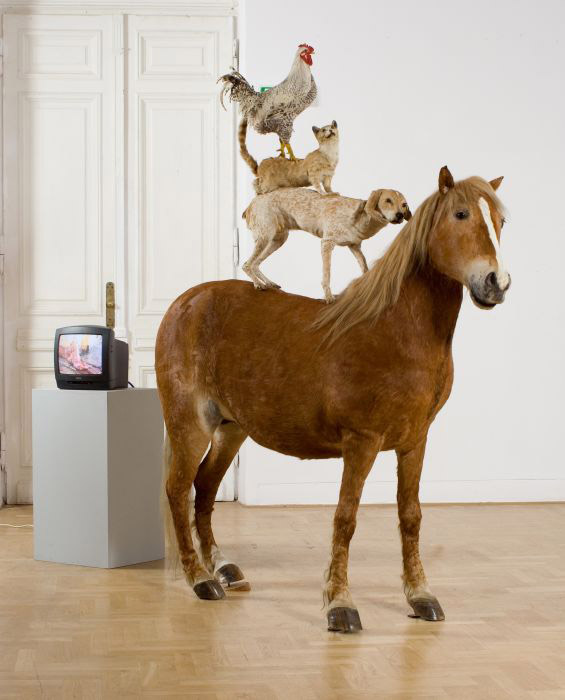 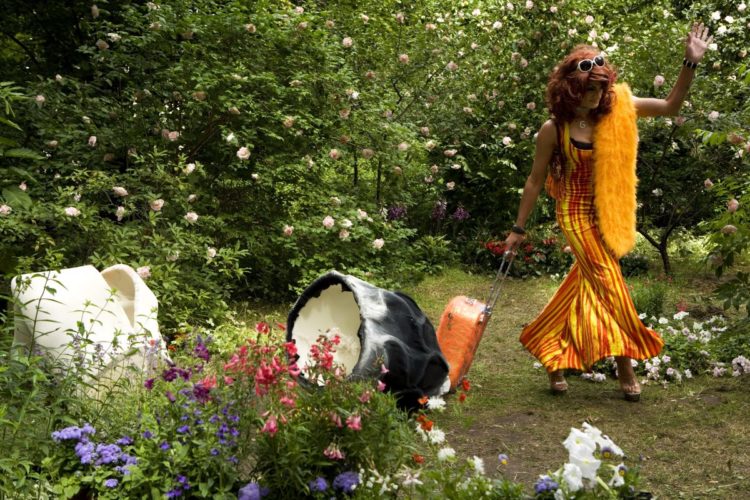 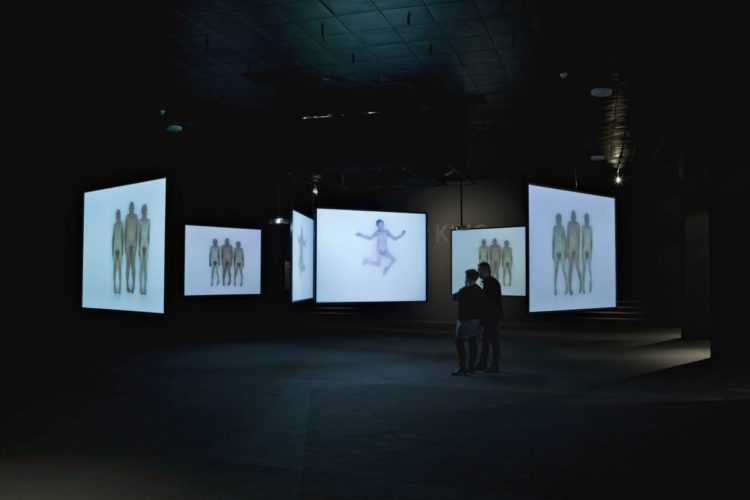 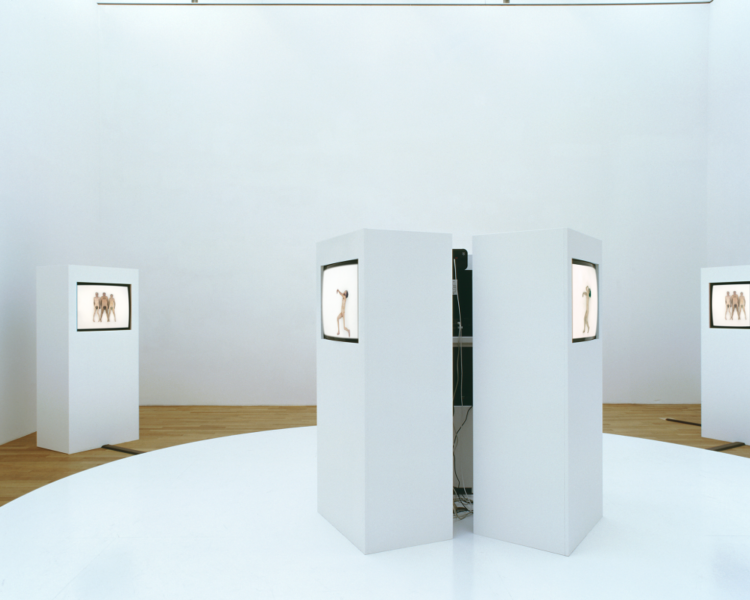 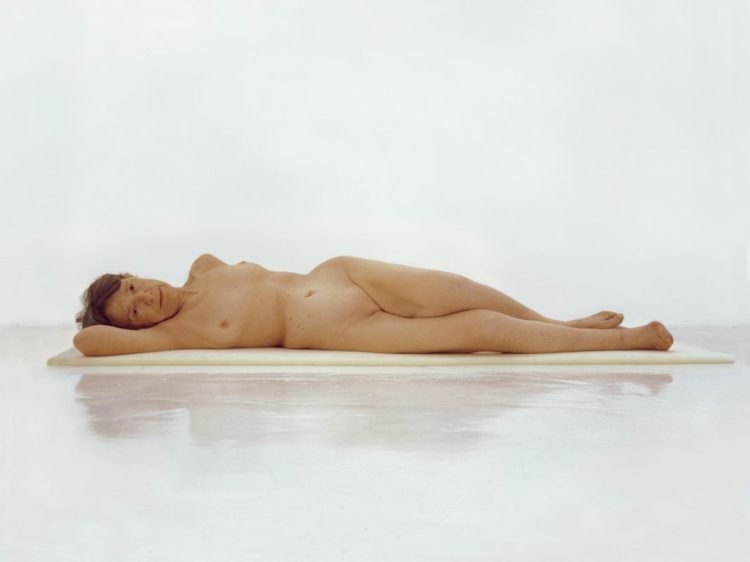