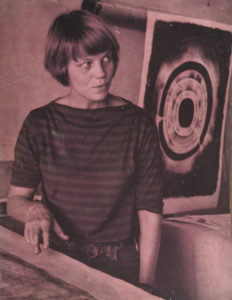 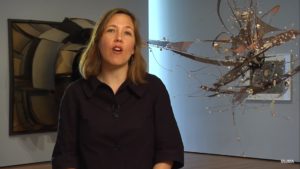 During the 1960s, Lee Bontecou achieved both critical and commercial success: she gave three successive exhibitions at the Leo Castelli Gallery; participated in the São Paolo Biennale (1961); exhibited at the Corcoran Gallery of Art in Washington, D.C. (1963) and at the documenta III in Kassel (1964); and published articles in Life and Newsweek. She withdrew from the art scene after the 1970s. After attending the Art Students League in New York from 1952 to 1955, she lived in Rome from 1956 to 1958. It was at this time that she began her experiments with soot drawings, creating empty circular holes that would later become one of the “central” elements of her work, “sexual imagery and sadistic symbols of destruction, most prominently the mouth of a gun”, according to critic Dore Ashton (Oral History Interview, 2009). Similarly, she pitted her monumental constructions with holes and round openings, brushed the surface with parts of the welded framework, and attached raw, soot-blackened canvas with iron wire. As if to a body, orifices were added onto the skeleton and the skin.

These works demonstrated her interest in a wide array of elements: spacecraft, the ideas of Giacometti, the constructions of Joseph Cornell, and even the mouth of film-maker Carl Dreyer’s Joan of Arc. Calling to mind connections with Cold War iconography, her works were also influenced by the Second World War, when her mother worked in a submarine machining factory. Her most famous reliefs, described by artist Donald Judd as “specific objects” that were “neither painting nor sculpture”, alternate projections and cavities, absorption and rejection, situated around a large ink-black hollow either painted or in velvet. The artist used all sorts of detritus – postal bags, old washing machines, and army surplus items – in works that evoked both the hard work involved in manual labour and machine work, evoking the body and its emotions: pleasure, neglect, and fear. From the 1970s, Bontecou became interested in natural morphologies, producing light and diaphanous structures from porcelain marbles, like hanging mobiles or celestial bodies. 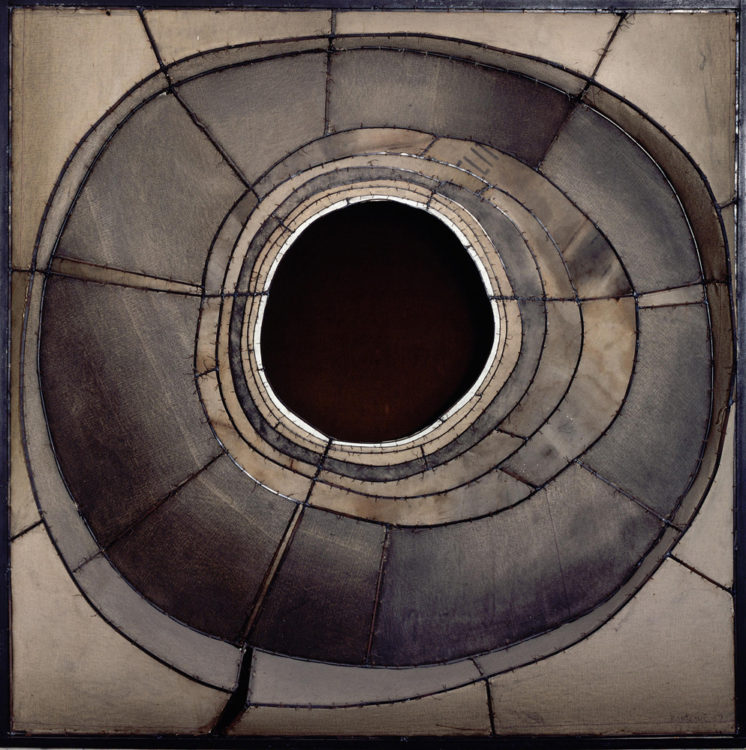 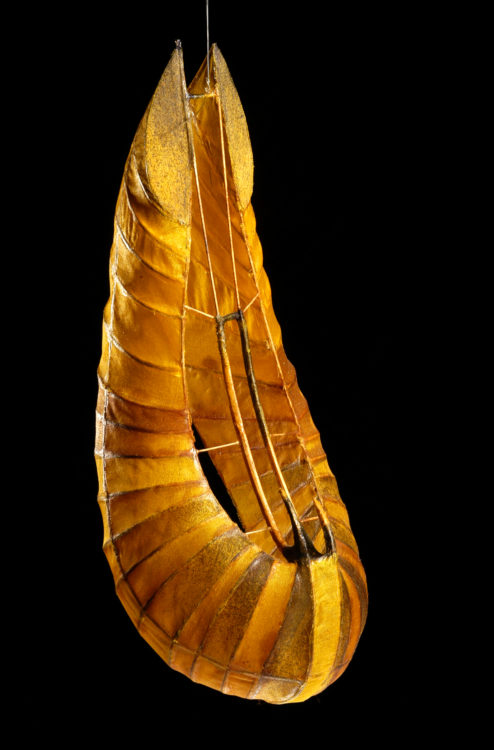 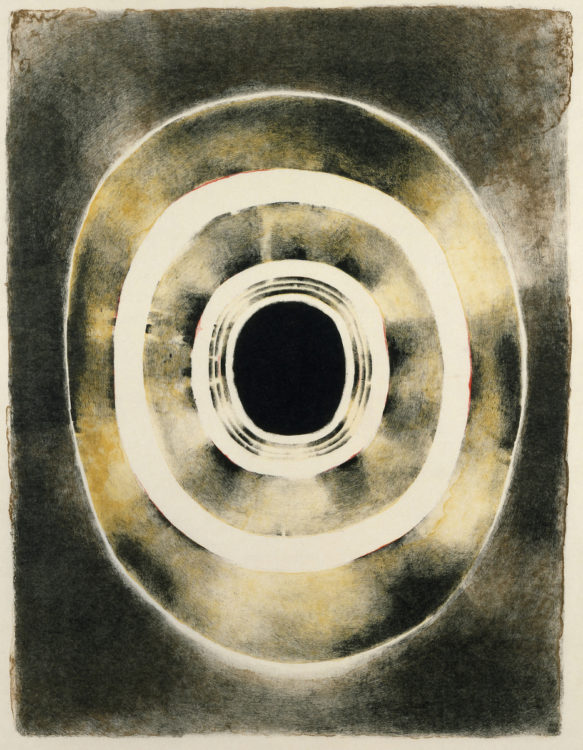 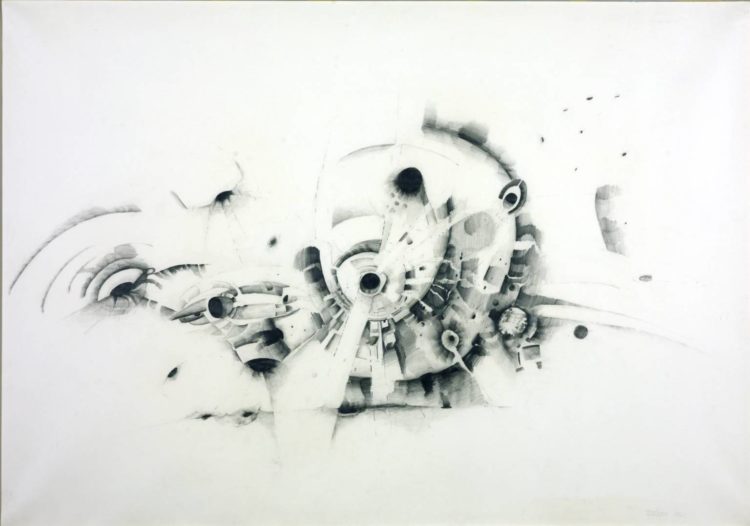 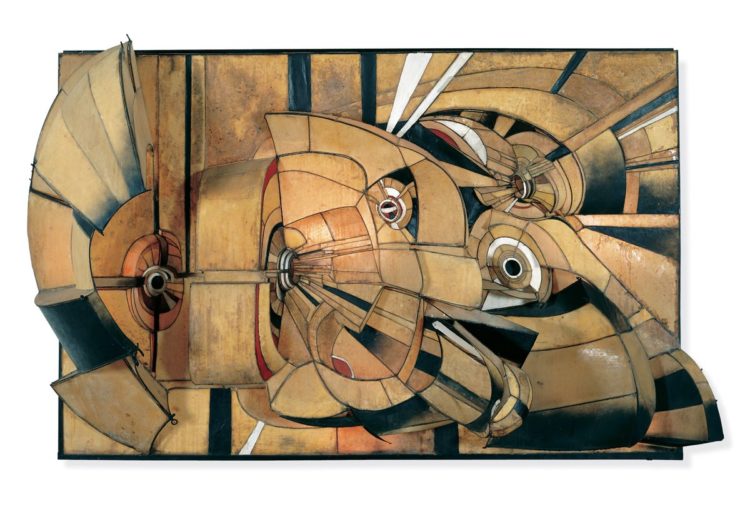 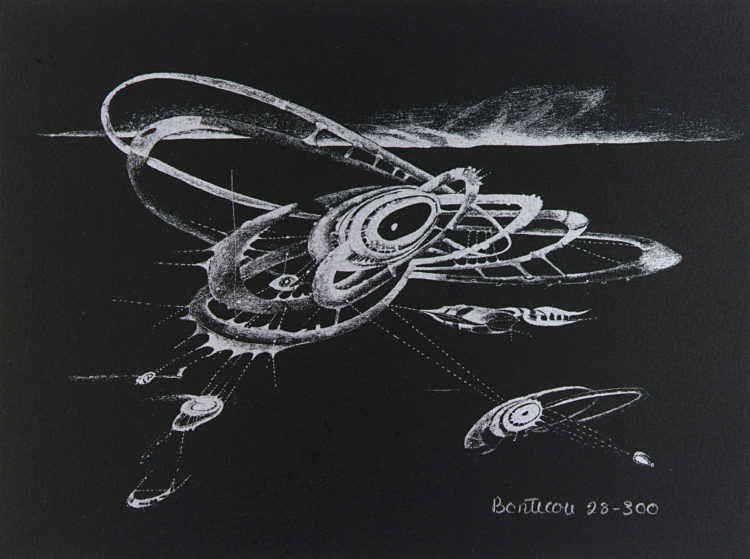 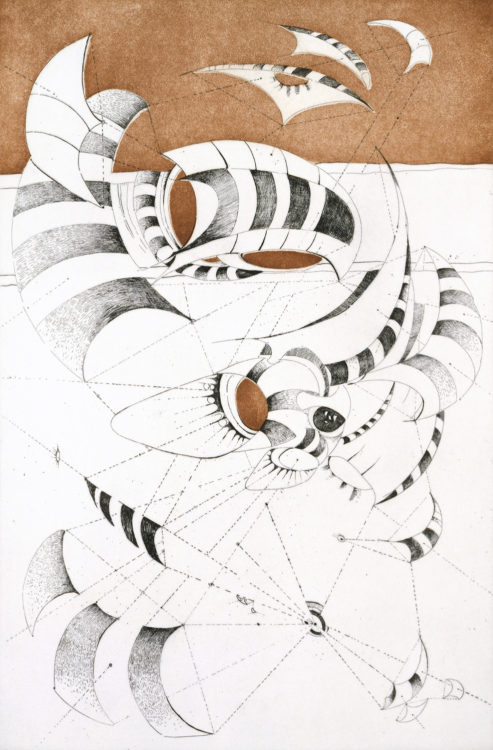