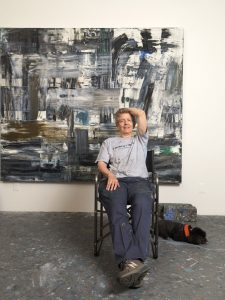 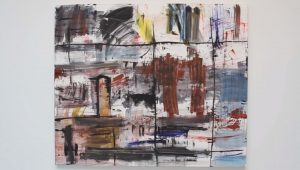 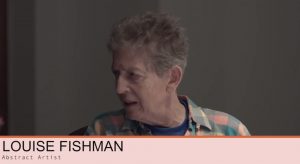 Abstract painter Louise Fishman studied at the Philadelphia College of Art, the Academy of Fine Arts, and the University of Illinois. She was known during the 1970s and 1980s primarily for her large scale paintings that combined grid structures with energetic movement. She was a member of the Redstockings, a radical feminist movement actively involved in protests that defined the second wave of feminism. After meeting anthropologist Esther Newton (1940), a queer-movement specialist, she became interested in the manner in which she could reconcile her lesbian identity with her art. A trip to Eastern Europe in 1988 during which she visited Auschwitz and Terezín, then Prague, Warsaw, and Budapest, had a significant impact on her work. The following year, from the ashes she collected from the Auschwitz camp, which she mixed with her paint pigments, she created what she calls “ash paintings,” such as Shadows and Traces (1992). From this experience, which she described as “literal memory,”

Fishman would define the fundamental components of her work: the importance of a confrontation with materials, physicality, and the transformative aspect of the pictorial substance. In her work, she uses a large number of brushes, chosen for their diverse qualities, and also less traditional tools like knives. Most often, the grid structure is the basis for her paintings, whose process is for her a form of physical combat, namely due to their size, which are at least as tall as she is, but also because of how she approaches the act of painting. She will often return to older paintings to modify and revisit them during later periods. While her paintings from the 1990s display a more static language, tied to the grid, while displaying earthy, mineral palettes, those from the 2000s return to a more forceful gestural approach, resulting in a multiplicity of lines drawn in a freer stroke, in hues of blue or green. Gorgeous Green (2008), a small-sized oil on canvas, re-enacts the movement and dynamism typical of abstract expressionist works. 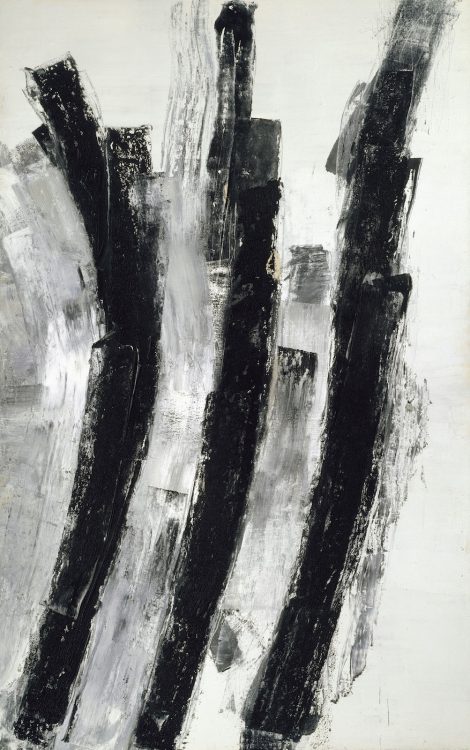 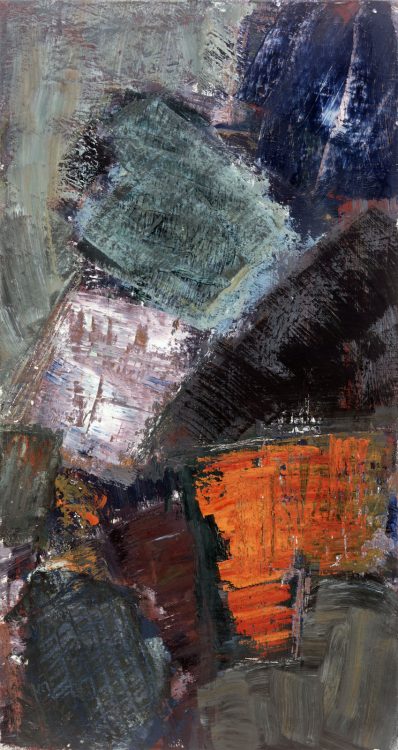 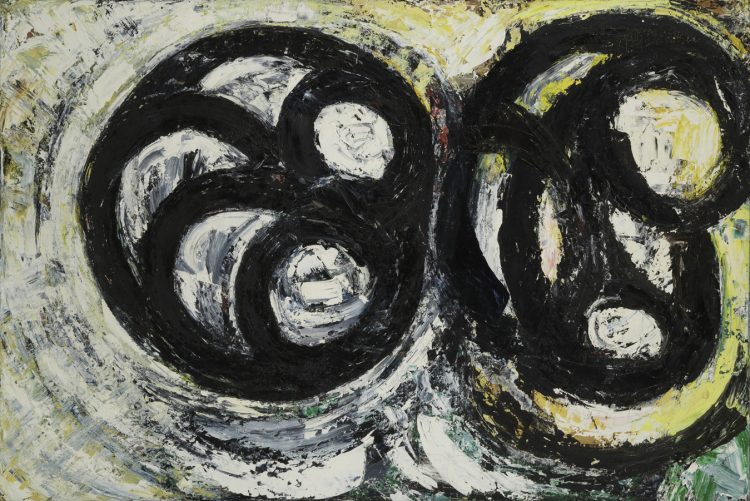 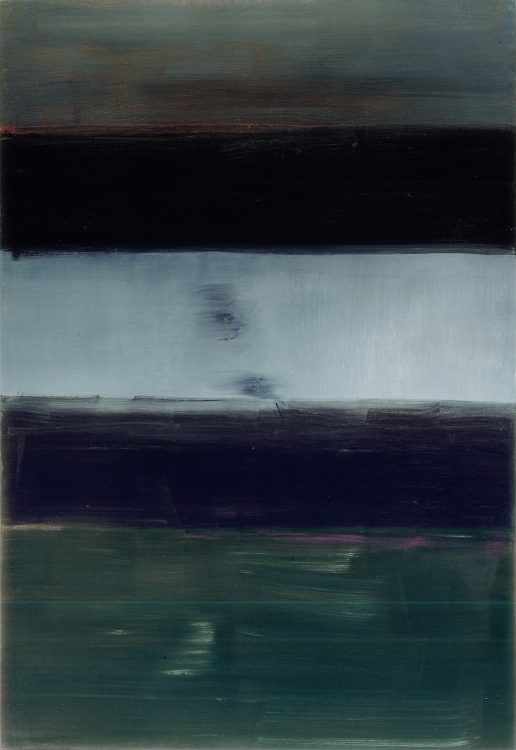 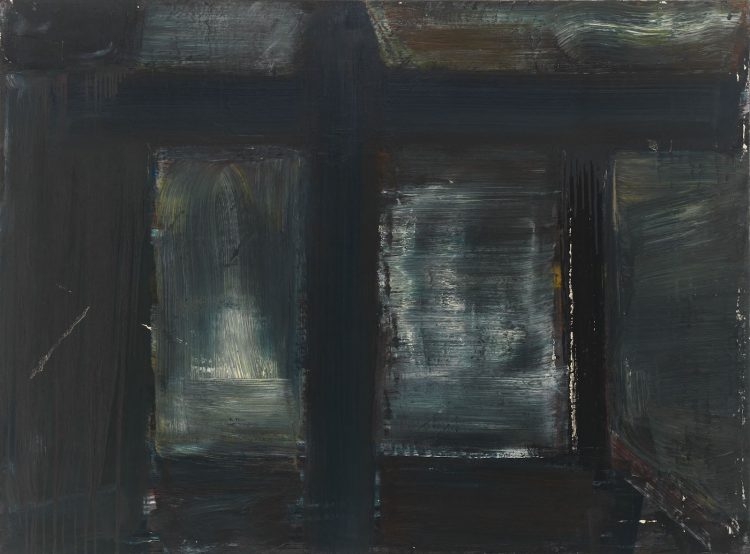 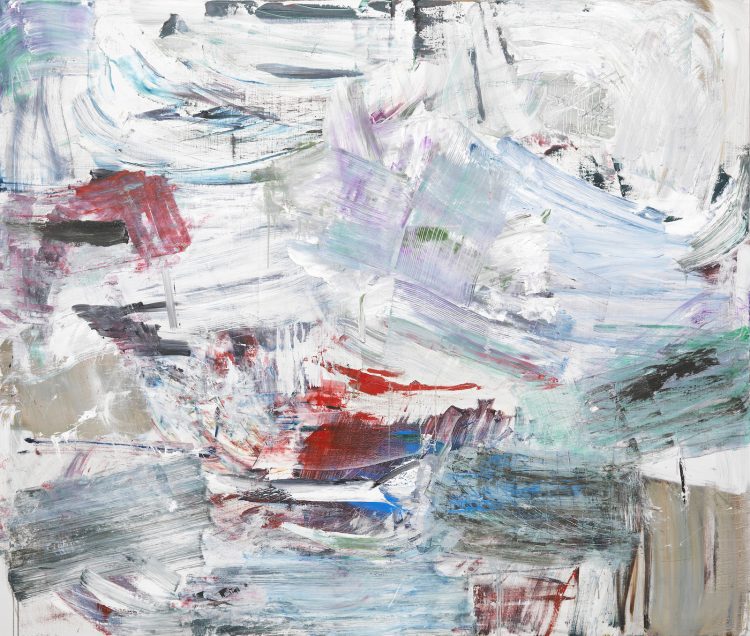 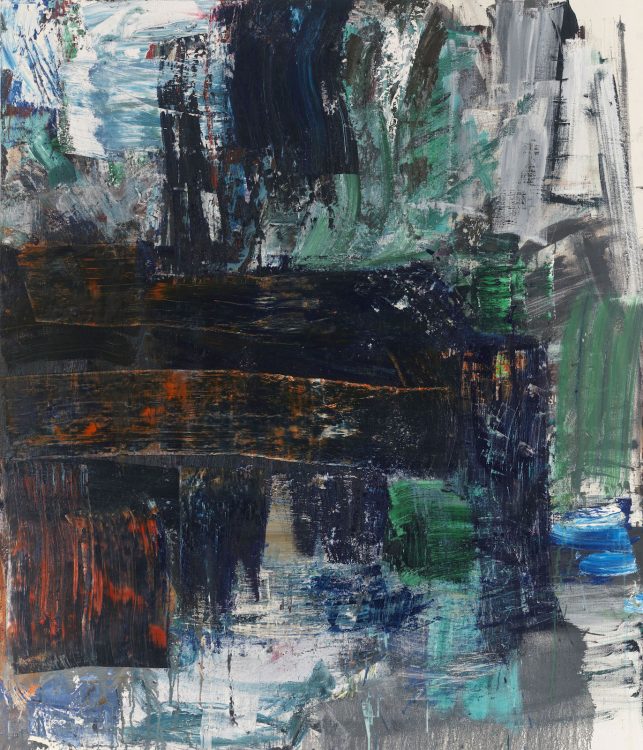