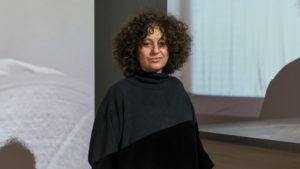 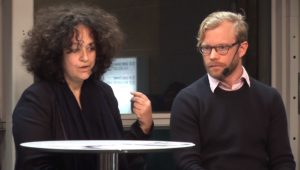 Born to an Ethiopian father and Swedish mother, Loulou Cherinet left her hometown for Indonesia in the early 1990s after working for some time at the Göteborgs Konstmuseum. While living at the edge of a Balinese forest, she began to work on her first experimental works, which consisted of paintings and installations, and showed her work for the first time at an exhibition in Jakarta in 1993. Following this initiatory period, she went on a search for her paternal roots and moved to Addis Ababa, where she studied at the School of Fine Arts and Design, before moving back to Sweden to complete her training at the Royal Institute of Art in Stockholm, from which she graduated in 2005.
L. Cherinet’s artistic approach, which she developed in the early 2000s, is informed by an in-depth, attentive and continuous observation of the world that surrounds her, which she translates into still or moving images. Through her works – mostly videos and occasionally photographs – the artist seeks to decipher and call into question the mechanisms that underlie society’s functioning and the relationships between human beings, especially between men and women, or people from different ethnic backgrounds. It also questions the notions of time and space, identity and gender, and moral and cultural values. Her empirical, sensitive, and at times critical approach relies on a permanent back and forth movement in which opposites come together to better confront and renew attitudes: present/past, here/there, inside/outside, personal/universal, public/private, stranger/confidant…. L. Cherinet finds her study subjects in her immediate surroundings, between Sweden and Ethiopia, where she recruits performers whom she directs in her own scripts. While their framework is predefined, the situations that she imagines are characterised by a great economy of means – an elementary script, simple staging and minimal directions, so as to encourage improvisation and maintain the performers’ spontaneity in dialogue and reactions, in which each protagonist usually plays their own role. In her videos, reality and fiction mingle together until they become indistinguishable: these videos are monumental projections or screenings, which draw references from both feature films and documentaries.
In White Women (2002), African men all dressed in striped sweaters sit at a dinner table to share their experiences with European women. Magical Transformations of the World (2009), which draws visual inspiration from Carl Theodor Dreyer’s film The Passion of Joan of Arc (1927), shows close-ups of common emotional responses (grief, humour, distress, indifference and rage) on the faces of five women. In Big Data (2014), L. Cherinet examines the way urban spaces, in this case the Ethiopian capital, are influenced by political, economic, and social history. Her work can also take the form of an open archive, such as Axis (2016), which delves into our perception of time in the light of new technologies and of our continuously connected world. 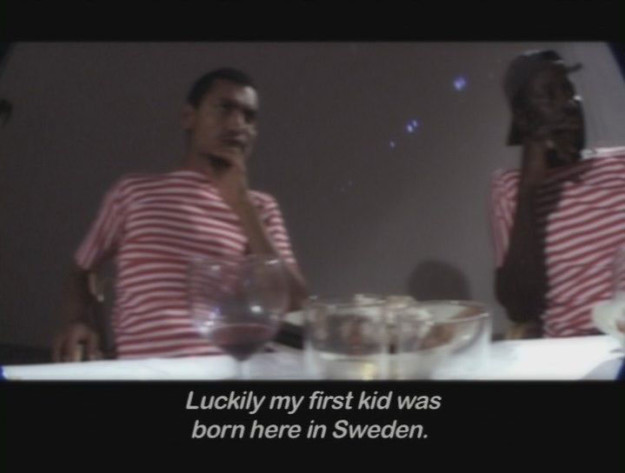 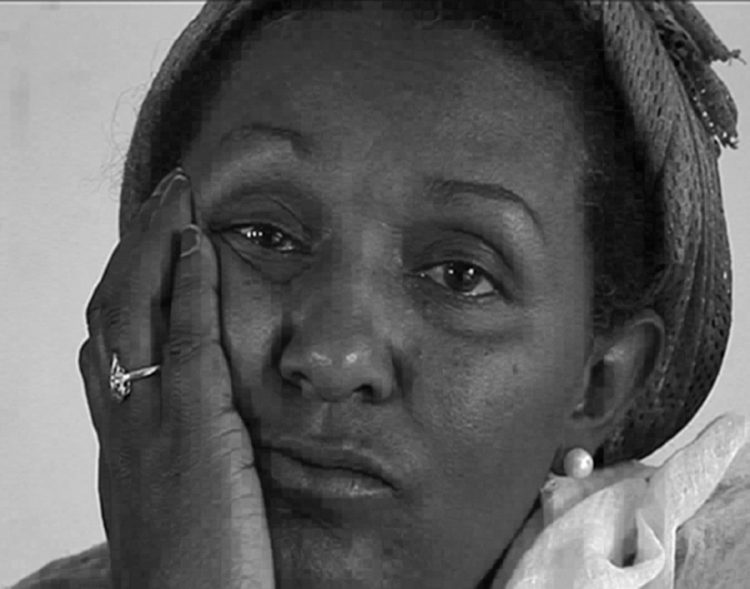 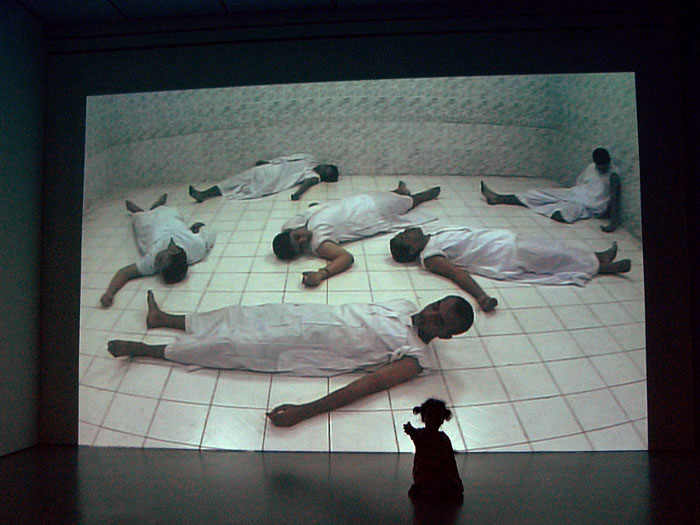 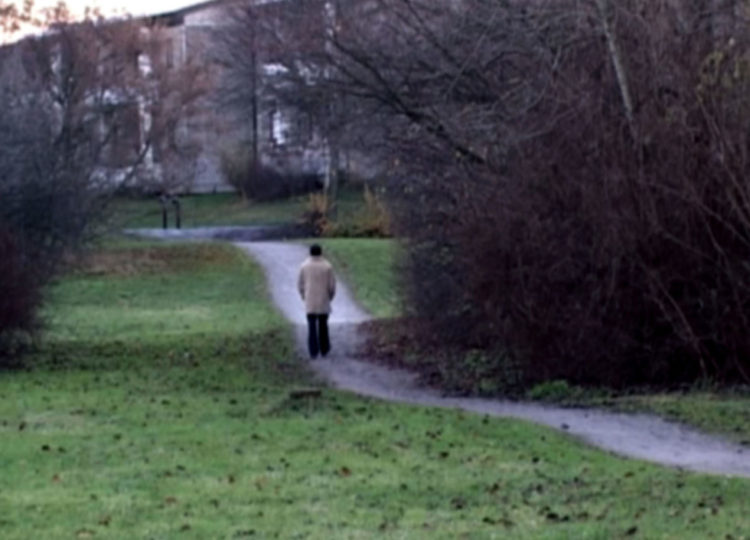 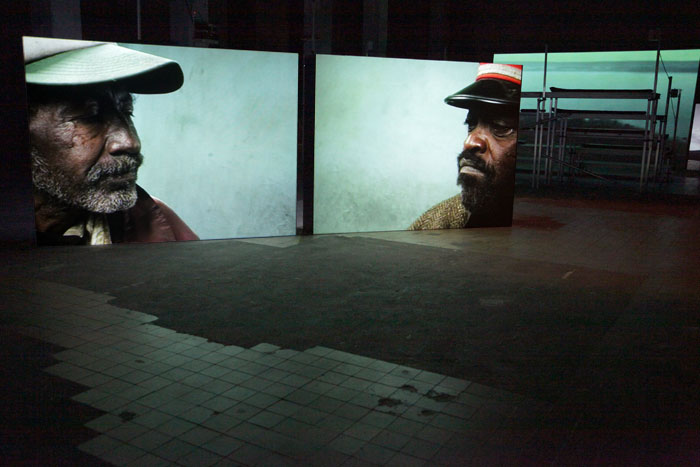 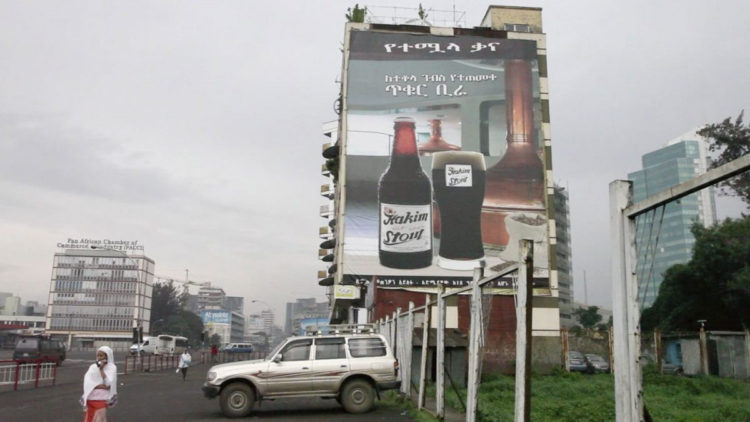 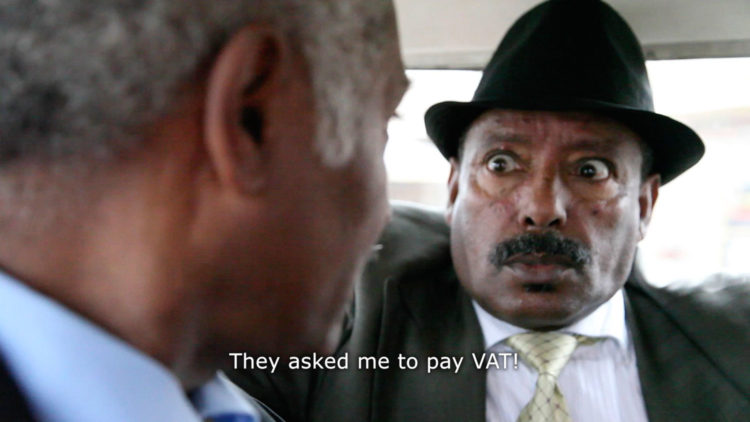 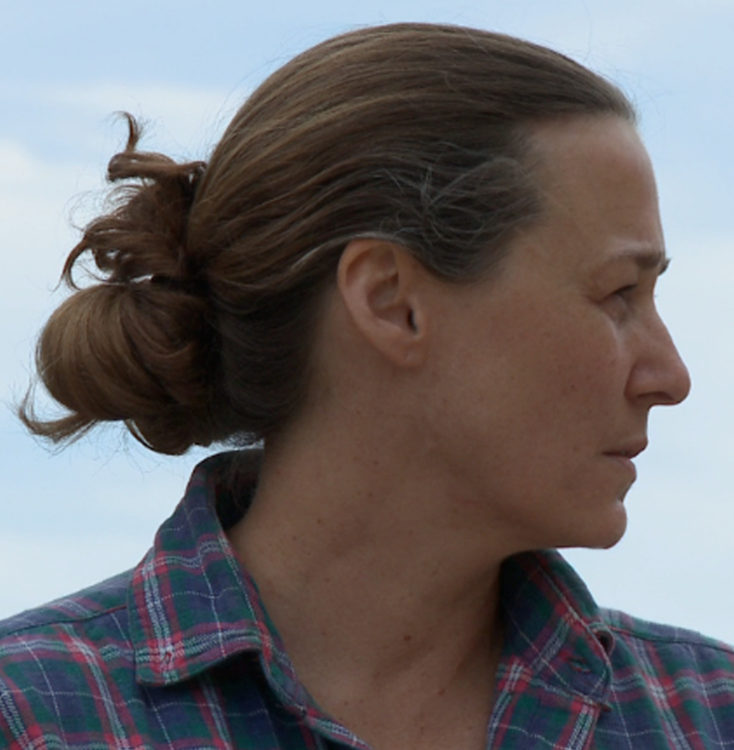