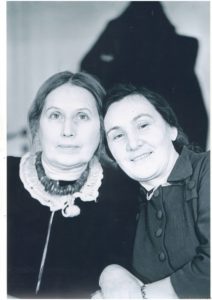 Maria Mikhaïlovna Siniakova’s body of work bears her country’s formal and colourful hallmark. She first undertook an artistic apprenticeship in Kharkiv, then in Moscow with Ilya Mashkov, a Cézannian master of the primitive fauvism and a member of the Jack of Diamonds group. The two works she exhibited at the last exhibition of the Saint Petersburg group of avant-garde artists, the Union of the Youth, in 1913/1914, was her first exhibition. She travelled to Germany and Central Asia and was influenced of Gauguin, Matisse and the Russian Neo-Primitivism movement. She was interested in icons, shop signs, miniatures and Persian rugs. She was also connected to the “cubofuturist” poets, including Vélimir Khlebnikov, the family’s host, who wrote a poem Siniyé okovy about the three Siniakova sisters, who were celebrated for their beauty. M. Siniakova created the cover for a compilation of poems by Nikolaï Asseïev (her sister’s husband) in 1915, which was distributed in Kharkiv. The same year she participated in the Futurist almanac Strélets. In 1916 she illustrated the poetry collection of Bozhidar, Tambourine, and co-signed the Futurist manifesto, The Trumpet of the Martians, with the poets V. Khlebnikov, Petnikov, N. Aseev and Bozhidar. In 1918 she was close to Soyouz Sémi, a Russian-Ukranian group of avant-garde artists from Kharkiv, that included the Ukrainian constructivist Vassyl Yermylov E amongst its members.

In 1926 she illustrated Razboinik Van’ka-Kain i Son’ka-manikiurshchitsa, the novel by Aleksei Kruchenykh, the “zaum” theorist and poet. She continued to design and illustrate books, particularly those of her brother-in-law, as well as those of Kornei Chukovsky and Vladimir Mayakovsky (Oblako v chtanakh, 1937). In 1952, she was excluded from the Union of Artists for her “subservience to Western Art”. Her only solo exhibition was held in 1969 at the Kiev Writers’ Union. Alongside artists from Great Russia”, such as Natalia Goncharova and Pavel Filonov, who exemplified the opposite sides (solar and underground) of Russian cultural, spiritual pictorial and mental geology, M. Siniakova was the author of a work that exuded all the cheerfulness, carefree and multicultural nature of Ukraine, and whose palette was a true rainbow. She was, like her compatriot Sonia Delaunay, a follower of nudism, which she practised regularly. Her works were mainly inspired by Persian miniatures, the Ukrainian popular colour scale, and by Larionov’s neo-primitivism. 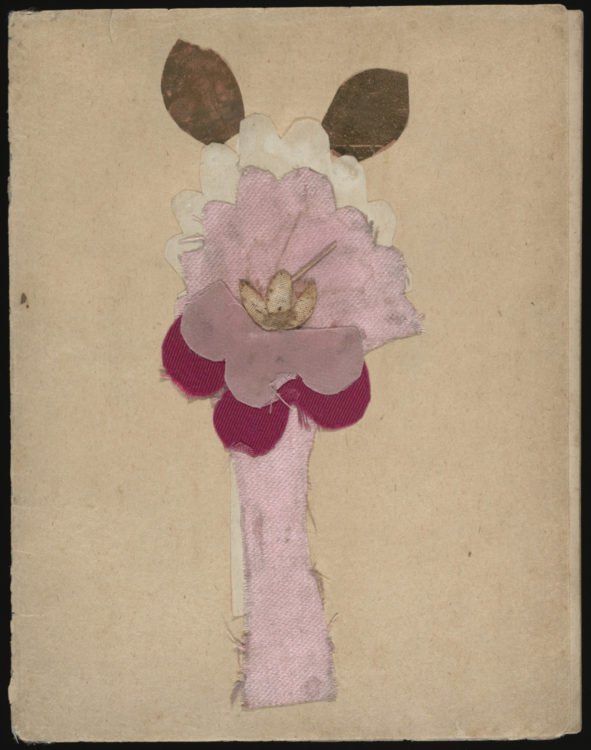 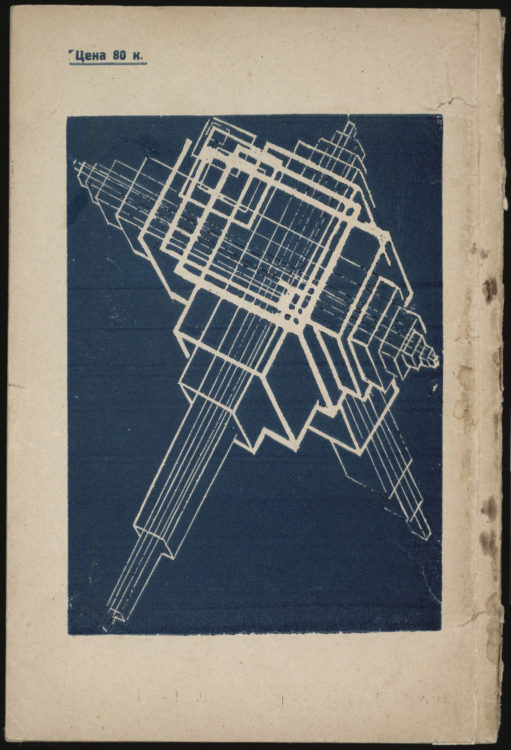 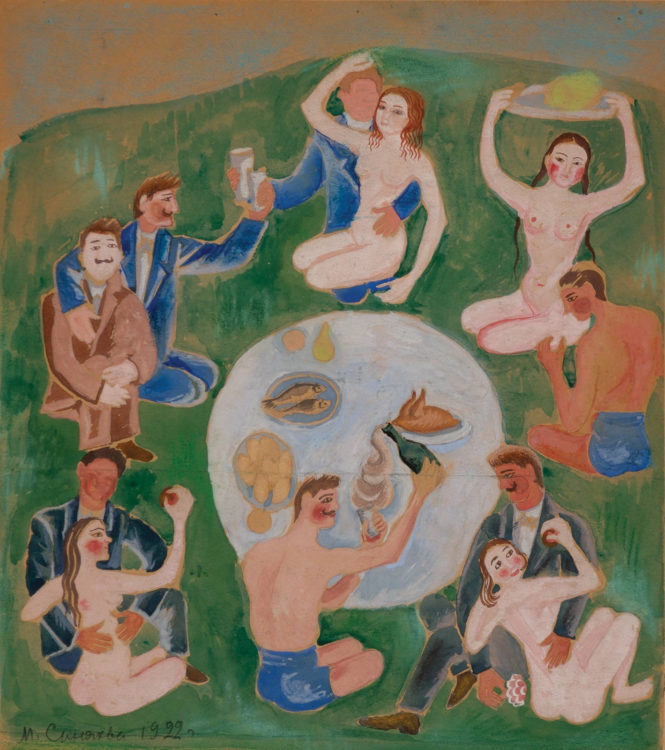 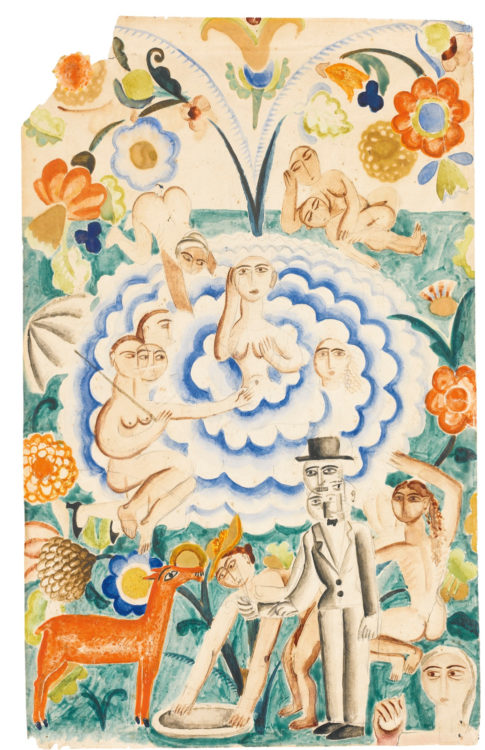 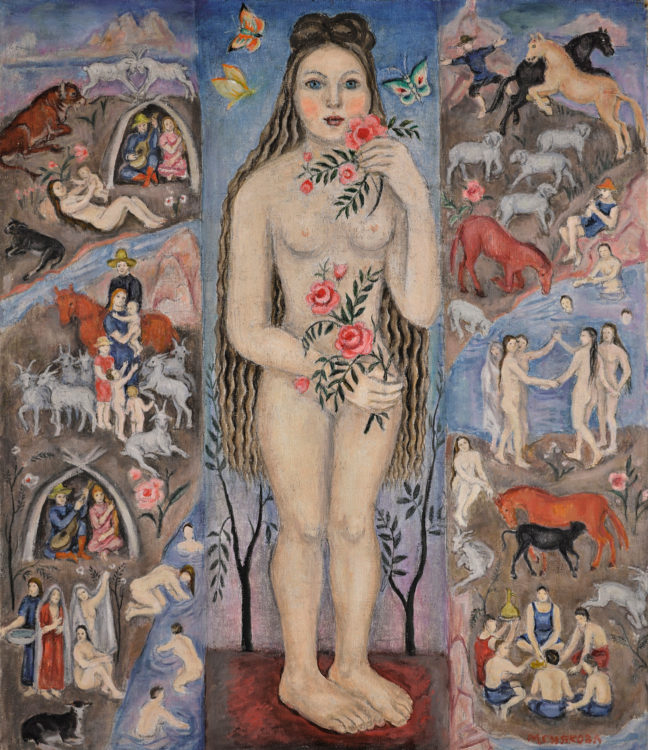 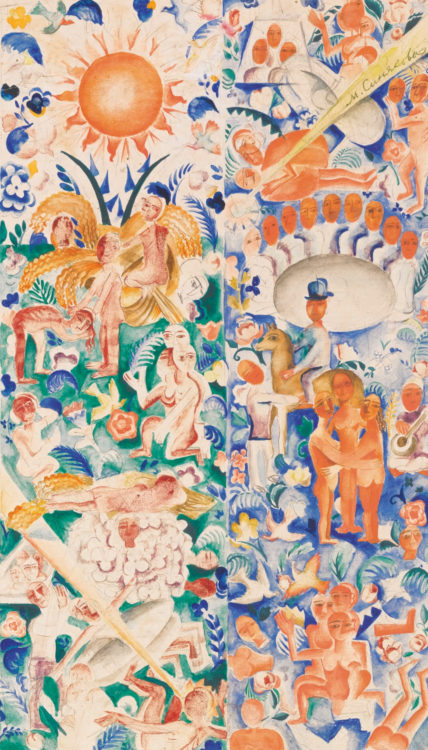 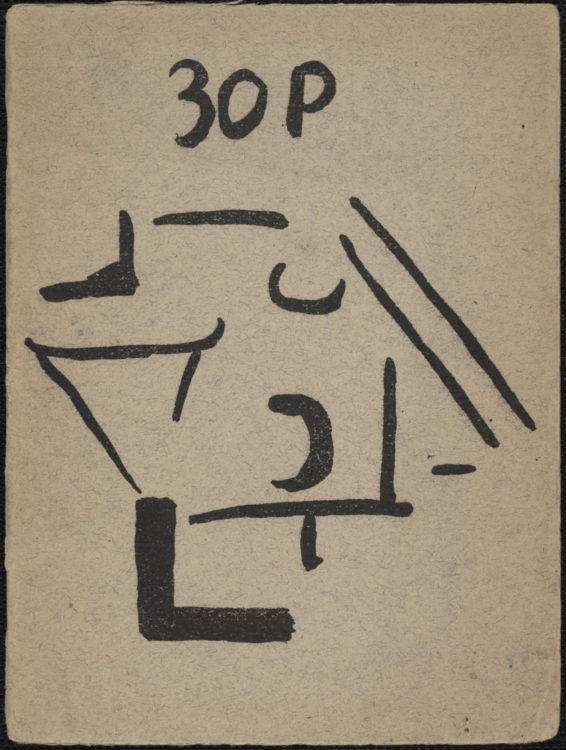