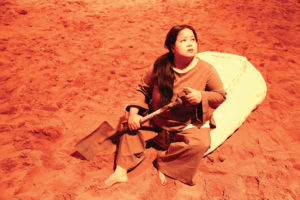 I am a ghost in my own house, Lawangwangi Art foundation, Bandung, 2012 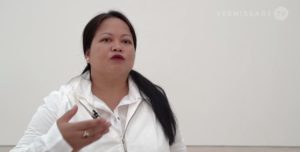 Melati Suryodarmo, performance I Love You 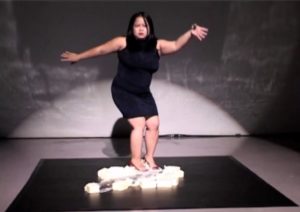 Melati Suryodarmo is Indonesia’s long durational performance artist par excellence. She was born in Solo in Central Java to a mother who was a traditional dancer and a father who was a teacher of Amerta, a form of movement art and dance. From an early age, Suryodarmo was immersed in a world of various forms of art and culture, and diverse ways of meditation, including Sumarah, which is a local form of meditation that develops sensitivity and acceptance through deep relaxation of body, feelings and mind. With such a background, it is hardly surprising to find traces of her cultural heritage in her contemporary works.
Early on she was inspired by theatre and film, but she had never imagined becoming an artist. Instead, she took a degree in international relations at the Padjadjaran University, Bandung. In 1994, she moved to Germany, where her life was transformed by a chance encounter with renowned Japanese Butoh dancer and choreographer Anzu Furukawa in Braunschweig. A professor of performance art at the department of visual arts, Hochschule für Bildende Künste Braunschweig in Germany, Furukawa inspired her interest in the body as the source and store of life and persuaded her to pursue studies at the university. Suryodarmo studied here from 1991-2002 under the tutelage of Furukawa and the iconic long durational dancer Marina Abramović. In 2002 she graduated as Meisterschuler (Mfa).

Her performances deal with the relationship among a human body, a culture in which it belongs to and a constellation where it lives. Although the impact of her two tutors is evident in her long durational works, her own cultural background makes her works distinct from those of her teachers. Using signs and elements from her own culture, such as masks and dance, she has created a new direction in the world of contemporary performance art.  This is also evident in her term as artistic director of the Jakarta Biennale in 2017, when she boldly introduced a new form of Indonesian contemporary art by including the bissu (shamans) from South Sulawesi. Her most iconic works of the last two decades include: Exergie – Butter Dance (2000), I Love You (2008) and Solitaire (2008), I’m a Ghost in My Own House (2012) and Behind The Light (2016).
With an ever expanding network across countries, the bases and scope for Suryodarmo’s art explorations and experimentations are also widening, though the body remains the home from which she ventures. The significance of such transformative performance artworks is gaining momentum in society, and Suryodarmo is trying to share her experience, knowledge and network with the younger generation in Indonesia and beyond. To this end, she works with cross-cultural artists and cross-national art institutions at Padepokan Lemah Putih and studio Plesungan in Solo, Indonesia, where she has organized an annual Performance Art Laboratory Project and an “undisclosed territory” performance art event since 2007. As Suryodarmo proceeds on her path of redefining the inner sphere by including the wider world, she spreads the spirit of hope around her and beyond. 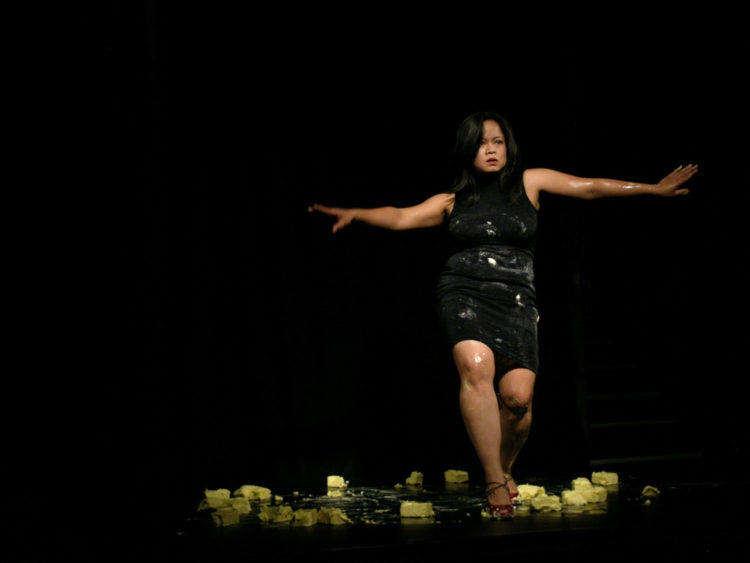 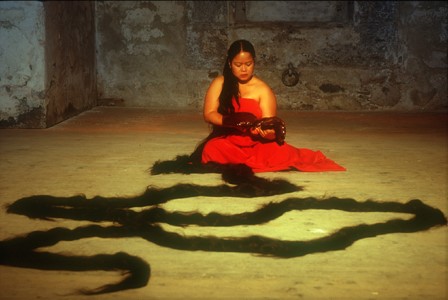 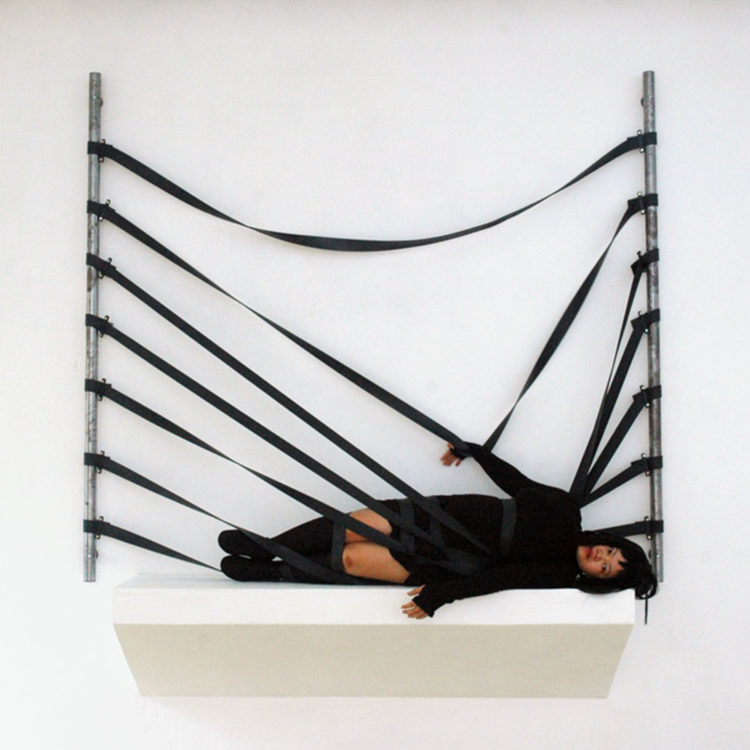 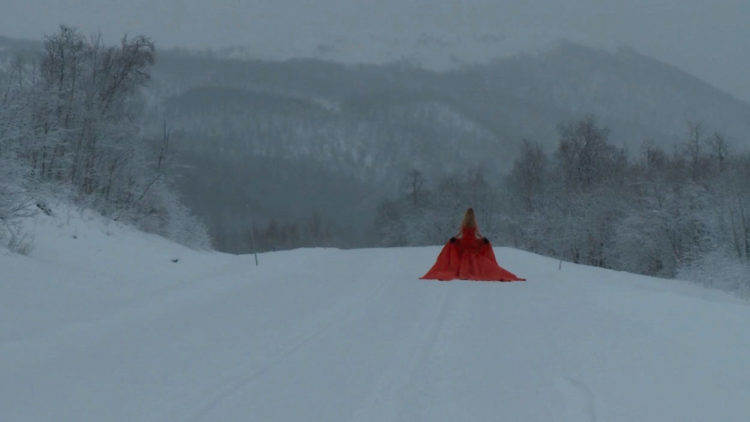 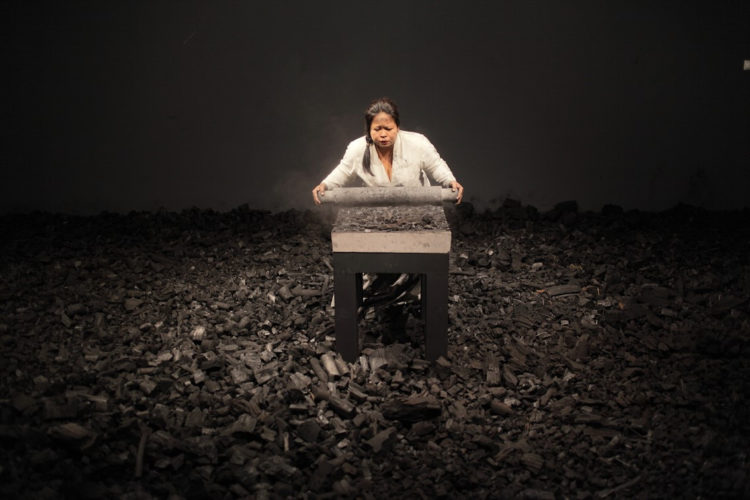 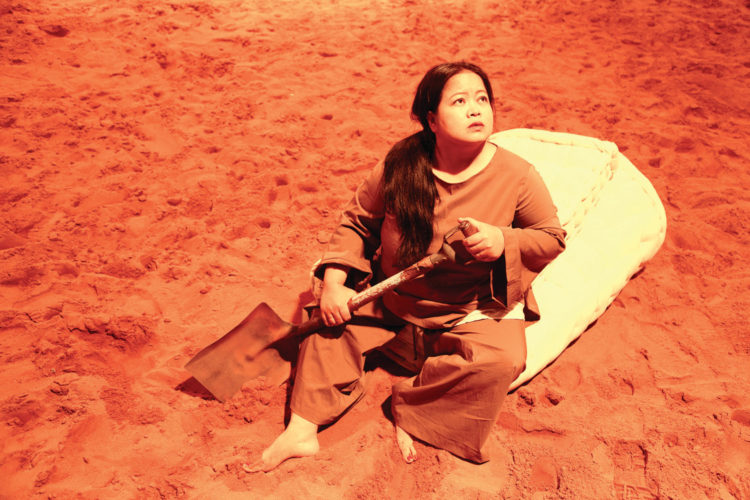 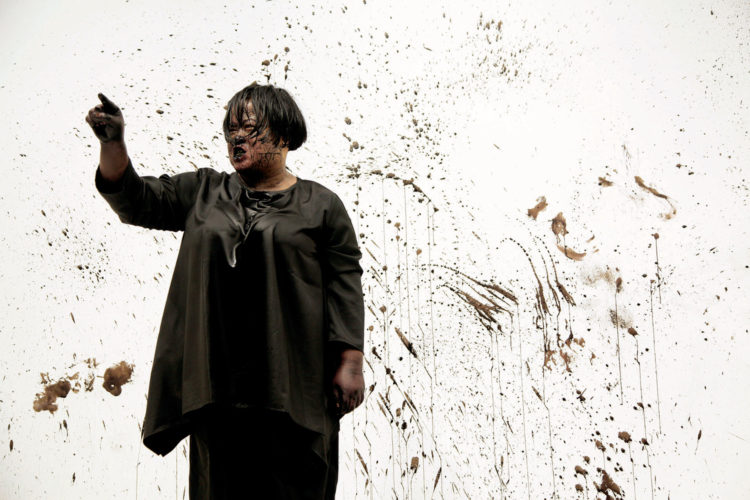 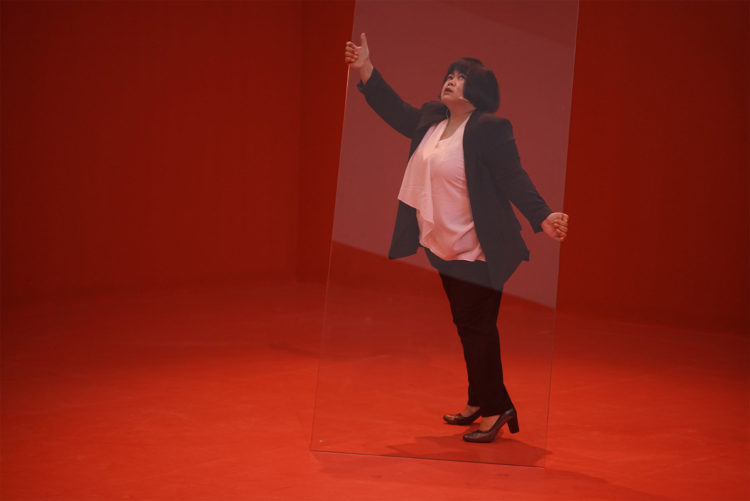