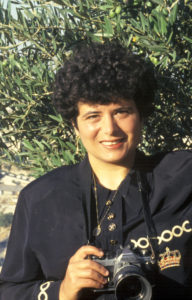 Born in the occupied area of East Jerusalem, Rula Halawani began her artistic journey by studying, day by day, the sometimes extreme living conditions of the inhabitants  in the context of the long-lasting political conflict, sometimes open, sometimes tearful. Using close-ups or distant shots, her first works reflect the weight of everyday life and the inequity of restrictions as well as the state of siege, its large-scale consequences and its media coverage, both local and international. After a first bachelor’s degree in advanced photography at the University of Saskatchewan in Canada (1989) and ten years of regular practice as a photojournalist, R. Halawani seems to have retained a concern for the document (Traces, 2014), an awareness of the historical importance of her work, and a desire to bring out fundamental questions by giving them new forms that question us.

Her second training, with a master’s degree in photographic studies at the University of Westminster (2001), will further accentuate this theoretical inflection: her language then increasingly includes and translates the spatial implications of the occupation, the constraining architectures or developments (The Wall, 2005), the more or less visible mechanisms of coercion or annihilation; the transformation of the landscape also impresses her and all these elements, treated as a malleable material, often influence her projects along the way, making them deviate from their initial intentions… Current portraits and archive illustrations mix; night or X-ray shots can symbolize inspection, searching, fear, hindrance, oppression; experimentation on the very medium of images evokes the clandestinity or erasure of time, the stubborn fragility of survival; the anachronistic embedding of vernacular clichés in a television setting multiplies the layers of vision or interpretation (The Bride Is Beautiful, but She Is Married to Another Man, 2016) – and always implicitly reveal the difficulty or uncertainty of identity, the absurdity of the geopolitical context, the painful negation of a culture. Finally, the exhibition space, perhaps the privileged medium of her work, then makes it possible to reinvent or apprehend differently – somewhere between freedom to create and inner exile – a complex, anguishing, labyrinthine social or historical space…

Many hermetic current artistic interventions, can appear disembodied, disengaged, disconnected; others, on the contrary, more militant or involved, would tend to sacrifice the visual dimension, the aesthetic commitment… Rising at the confluence of these two concerns, the work of R. Halawani (still based in Jerusalem, where she was also founding director and associate professor of the photography programme at Birzeit University, and actively represented by the Ayyam Gallery in Beirut and Dubai) develops one to fuel the other and neglects no dimension, as evidenced by the Palestine retrospective exhibition and the joint publication in Brussels in 2008. The strength, interest and subtlety of her work surely consist in this way of questioning both the status of a people and that of images. Observing history – including immediate history – therefore means questioning the way we look at it, and thus the way we construct it and, constantly, reinterpret it: at the heart of this triangle composed of the work, of what it designates or denounces, and of the unstable or uncomfortable position of the external spectator. 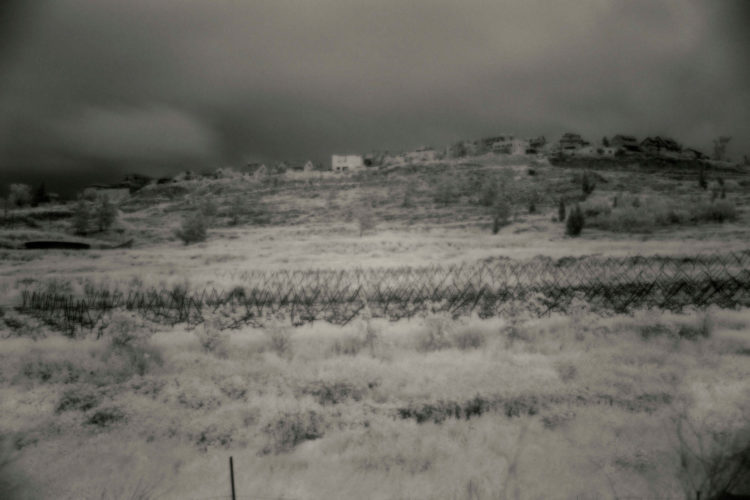 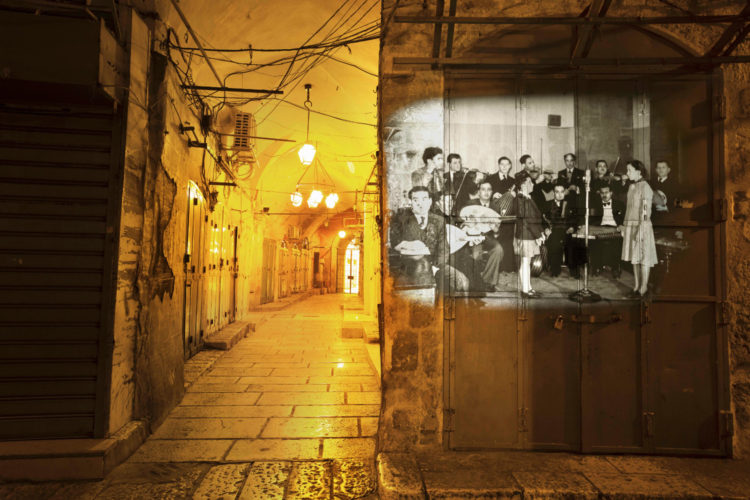 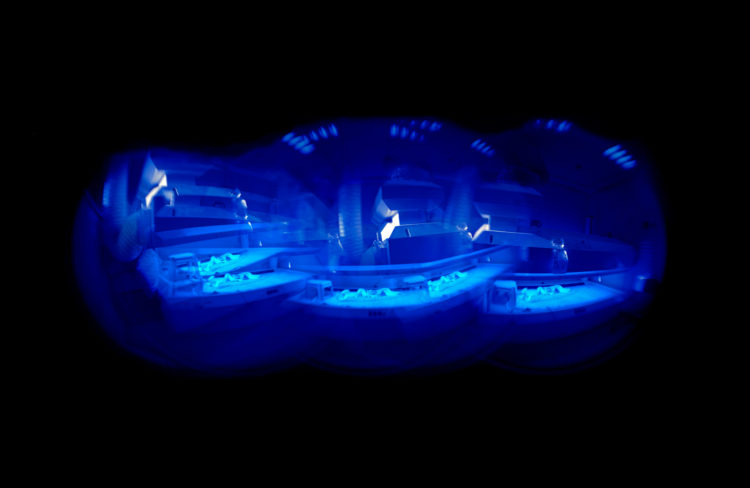 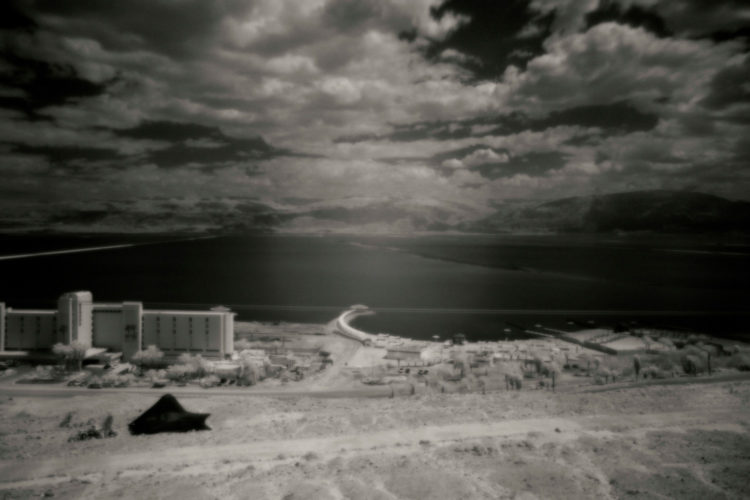 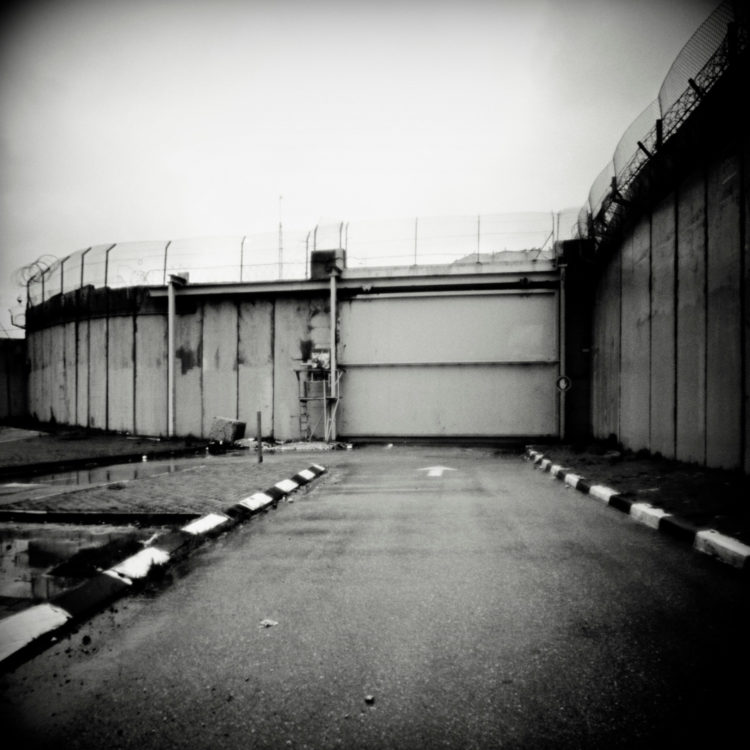 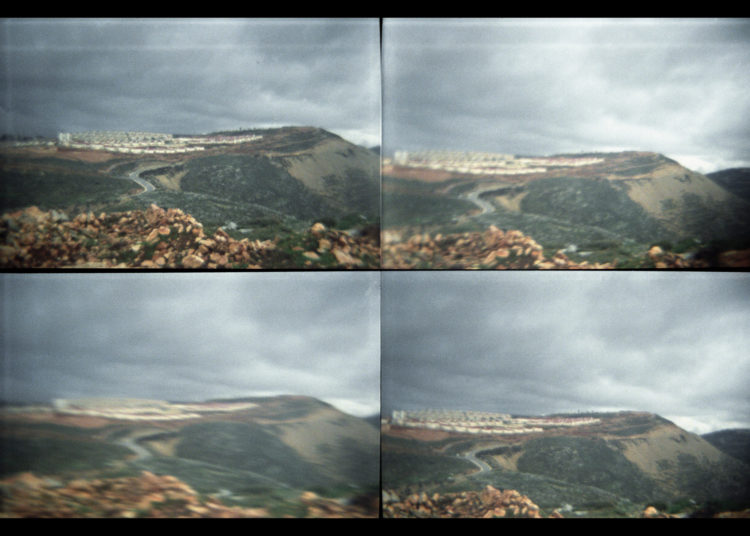 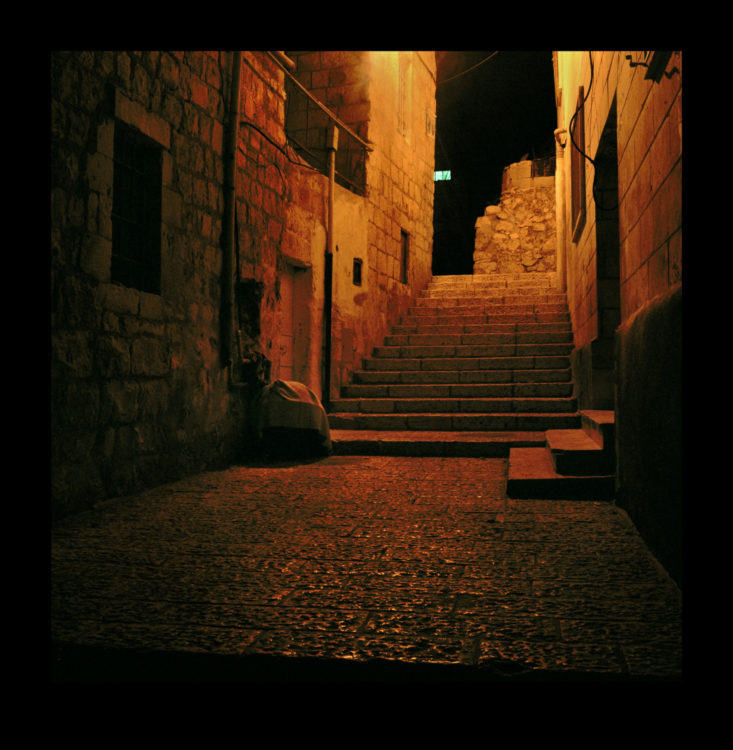 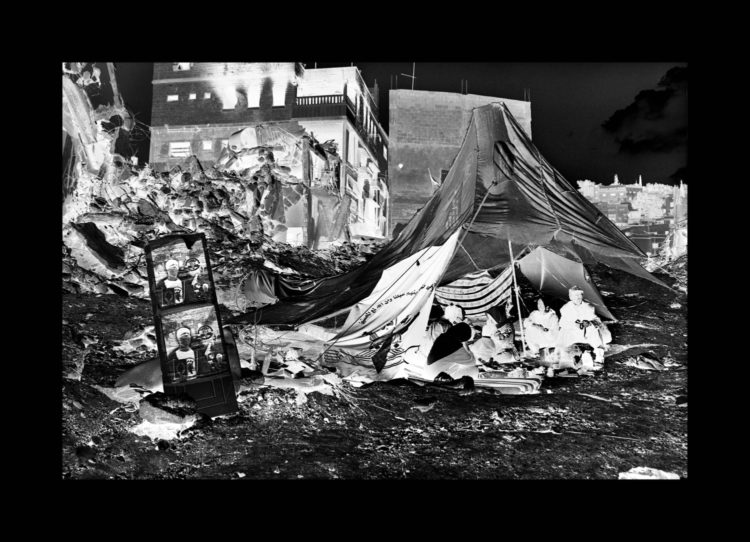 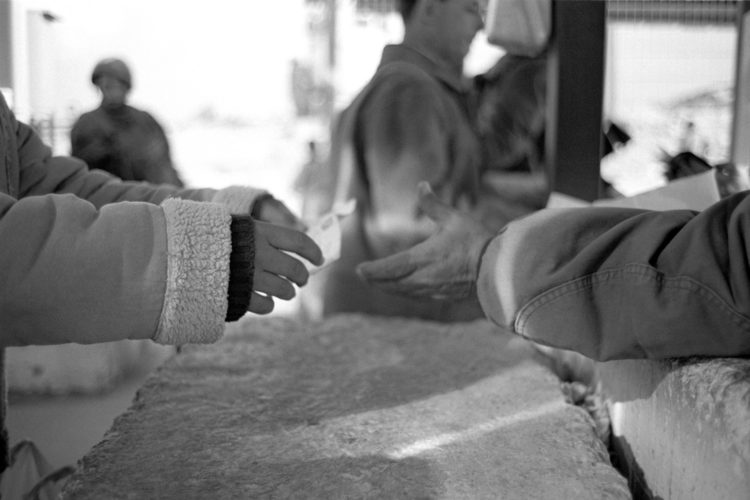