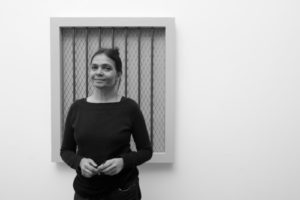 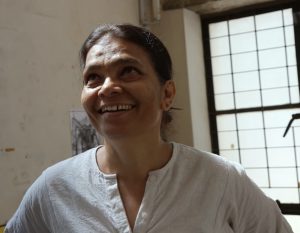 Sheela Gowda in her studio 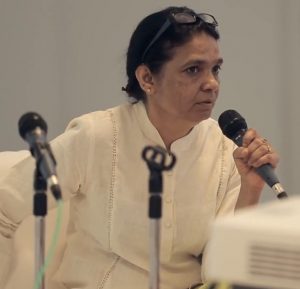 Sheela Gowda graduated in painting from the Ken School of Art in Bangalore in 1979, and continued her studies at several schools, in particular at the M. S. University of Baroda, where she attended classes given by the artist K. G. Subramanyan (born in 1924), at the Royal College of Art in London (1984-1986), and then at the Cité Internationale des Arts in Paris, before returning to India, where she taught for a while in Mysore. Her early works are essentially figurative oil paintings. In the early 1990s, her visual language changed decisively:  this upheaval was not foreign to the questions raised, among many artists, by the violence following the destruction of a mosque in Ayodhya. Her work became less figurative; she experimented with new materials and diversified the media she used. The use of cow dung thus became more systematic and subversive:  like a decorative and combustible plaster, this material is linked both to the daily round of Indian women and to the sacred nature of the cow; in evoking the day-to-day, the ritual and matters religious, it was used in the artist’s work for its metaphorical potential, just like kumkum, a natural vermillion paste which decorates the parting in women’s hair, with which she coated the threads of the installation And Tell Him of My Pain (1998-2001); when passed through needles, they become ropes similar to lines arranged in space.

With this “three dimensional drawing”, which varies with the exhibition venue, Gowda has undertaken to limit the signifiers to the essential to suggest the female body, or rather its absence, and create a whole range of sensations, in an intimate and difficult performance. In each instance, the materials are chosen for their history and identity, and are part and parcel of an increasingly overtly political line of thinking, such as, for example, the containers in the installation Darkroom (2006). So behind the “frugality”—to use her own term—of the representation, the work invariably remains connected to reality and experience, making room for all kinds of interpretations. 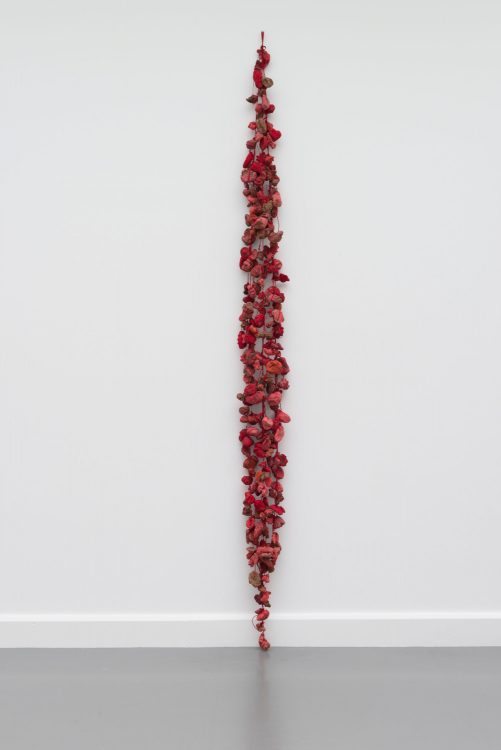 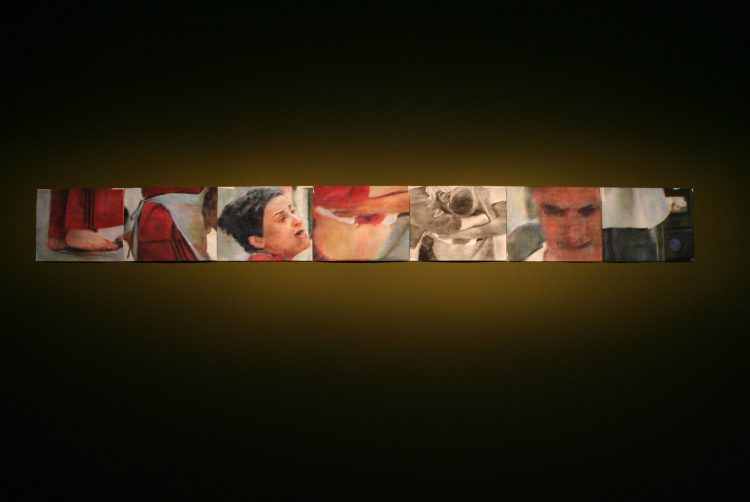 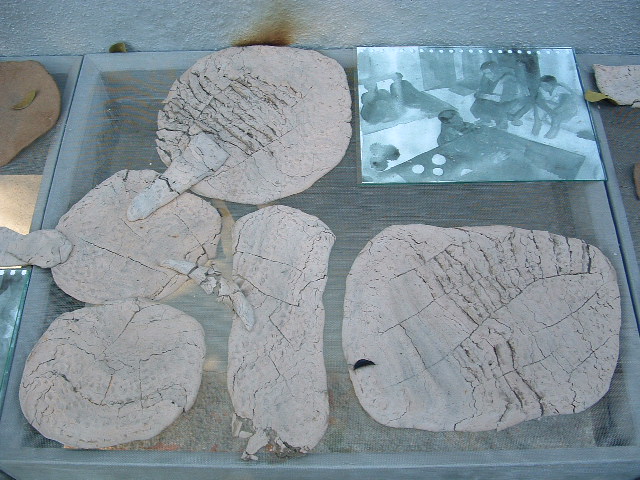 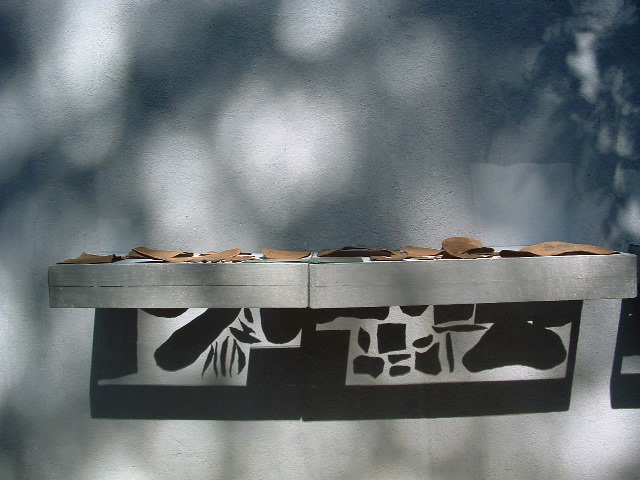 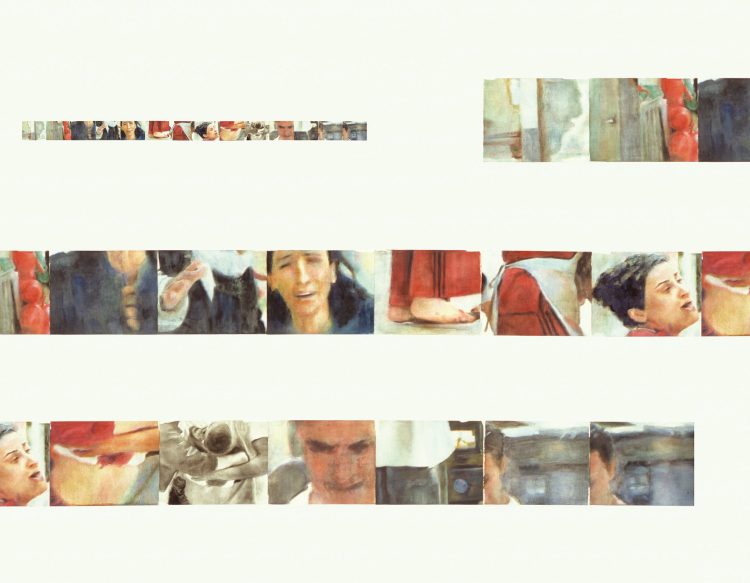 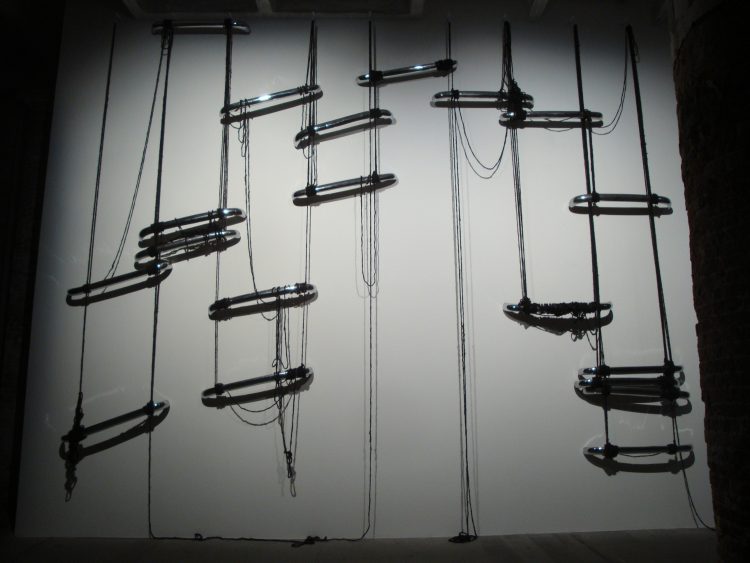 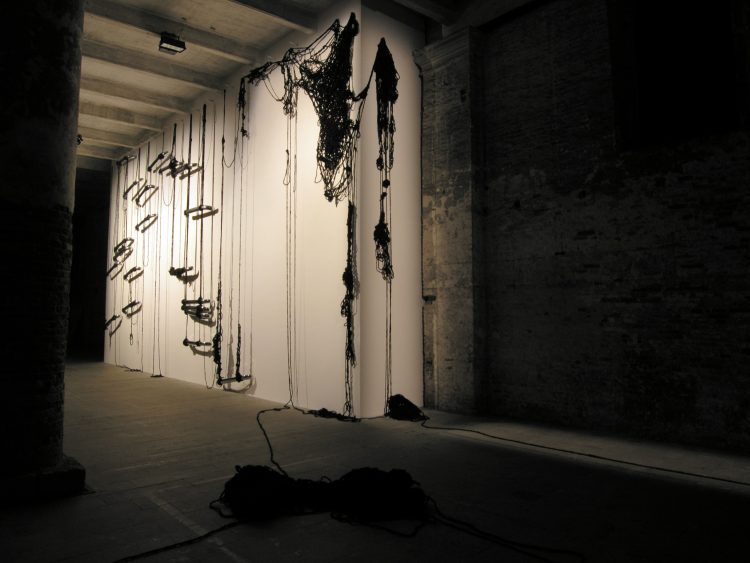 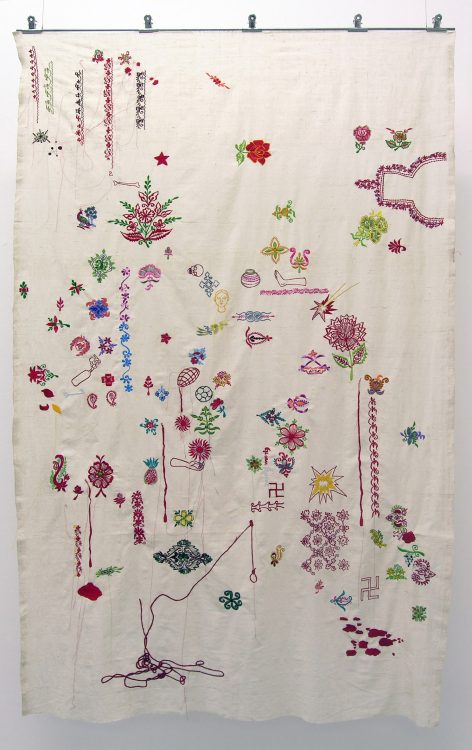 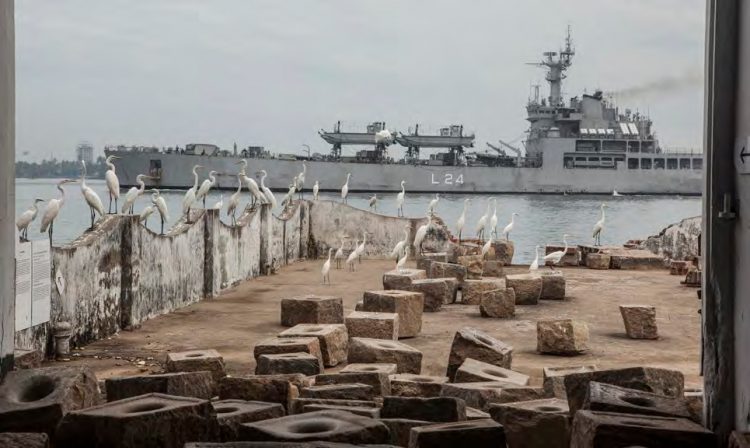 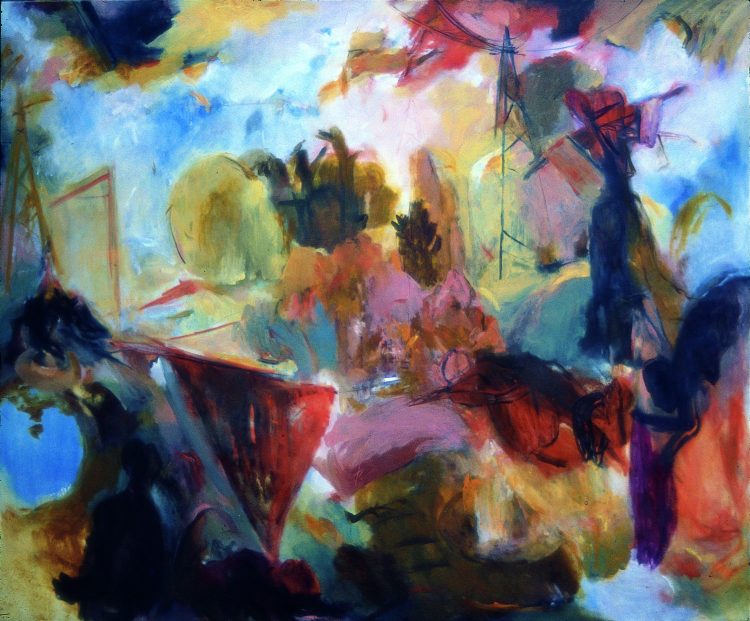 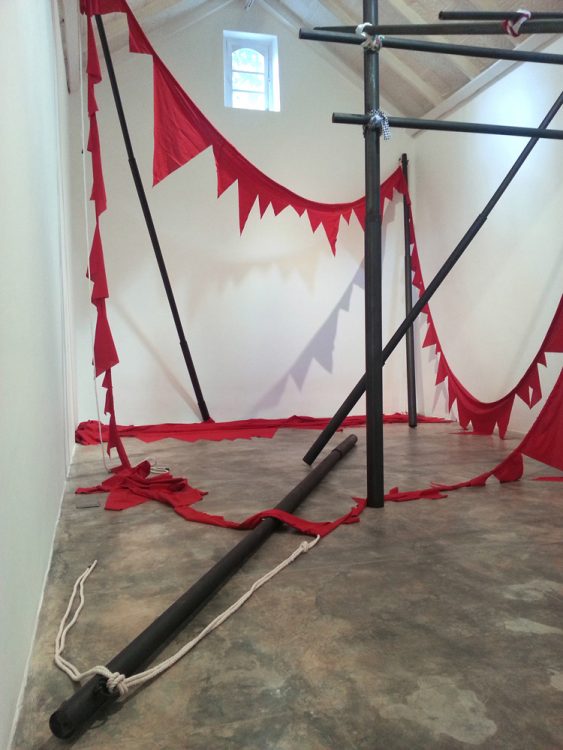 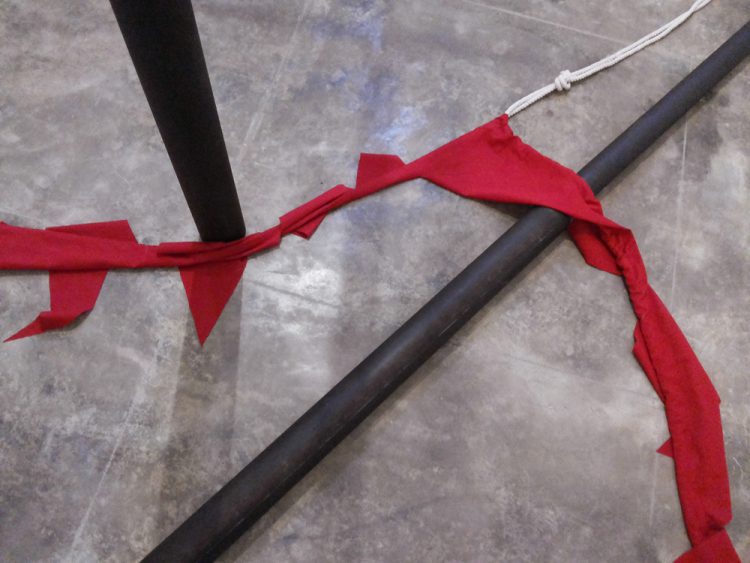 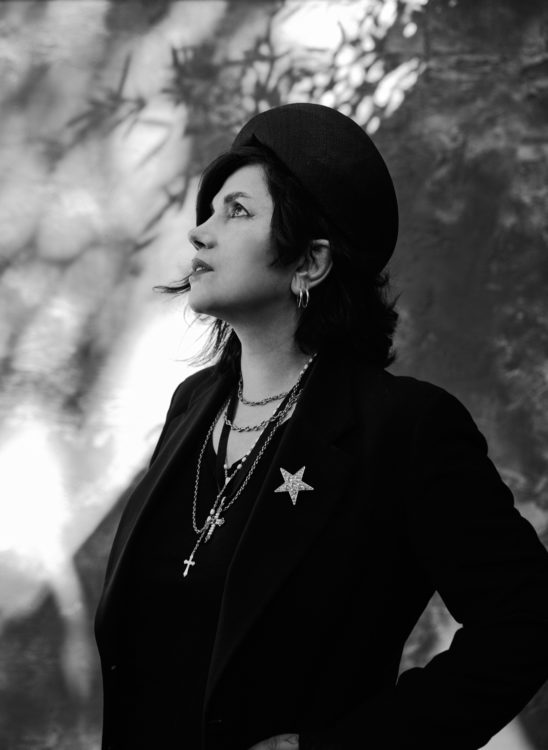