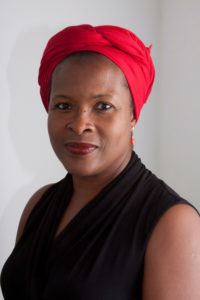 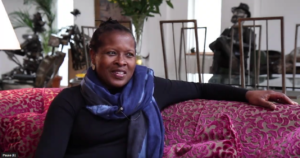 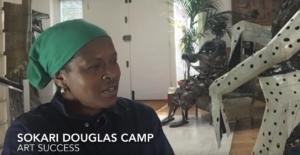 Sokari Douglas Camp’s international reputation makes her one of the most important artists of the Nigerian diaspora. Her work is part of collections across the world, notably the Setagaya Art Museum in Tokyo; the British Museum in London, as well as the first museum of African art – the Smithsonian National Museum of African Art in Washington D.C. With a willingness to act in the face of political developments, the artist, drawing on her sculptural practice, creates monumental steel statues that take over public spaces. In tribute to her work, she received the honorary title of Commander of the Order of the British Empire (CBE) in 2005. She has lived in the United Kingdom for many years, and has made the streets and public space her favourite playground for developing her art, allowing her to establish a direct relationship with the passer-by. In 2006 she erected Battle Bus, a life-size bus in memory of activist and writer Ken Saro-Wiwa and his companions, who were assassinated by the military regime in the Niger Delta. She created this work to make their struggle forever visible, and inscribed on the steel panels of the bus quotes from activist speeches against oil pollution. Barrels of oil often serve as plinths for her sculptures, as do flower crowns made of fuel pipes. Although these steel works present elements of irony and lightness, they nevertheless remind us of our individual responsibilities for the social and environmental concerns of the planet. Steel, the artist’s preferred medium of protest, continues to make its ode to resilience in the face of the ecological crisis that divides populations.

In 2017, for the 57th edition of the Venice Biennial, S. Douglas Camp realised a video in collaboration with the composer Shirley J. Thompson which sought to bring new life to her sculptures – pieces originally made for her memorial to the abolition of slavery All the World Is Now Richer (2012) – reanimated by the presence of dancers whose gestures revealed the transgenerational dimension of the pursuit for reparations linked to the slave trade. Her work have contributed greatly to the enhancement and recognition of African-British art. In 2015–2016 she notably participated in the exhibition No Colour Bar: Black British Art in Action 1960-1990 at Guidhall Art Gallery, London. Her work is imbued with her kalabari heritage (from the west Niger Delta), in resonance with Caribbean masquerades, as well as the canons of European art. In 2016 October Gallery, London, presented a solo exhibition of her work on the topic of her reflections on the representation of a western history of art. Echoing the historian Paul Gilroy’s notion of “the Black Atlantic”, the artist uses steel to redraw the contours of historical and cultural narratives from migration patterns in the Atlantic, a place of circulation, creation and resistance connecting black communities across the world. According to P. Gilroy, S. Douglas Camp is an artistic icon of the hybrid forms of counterculture that make up modernity. 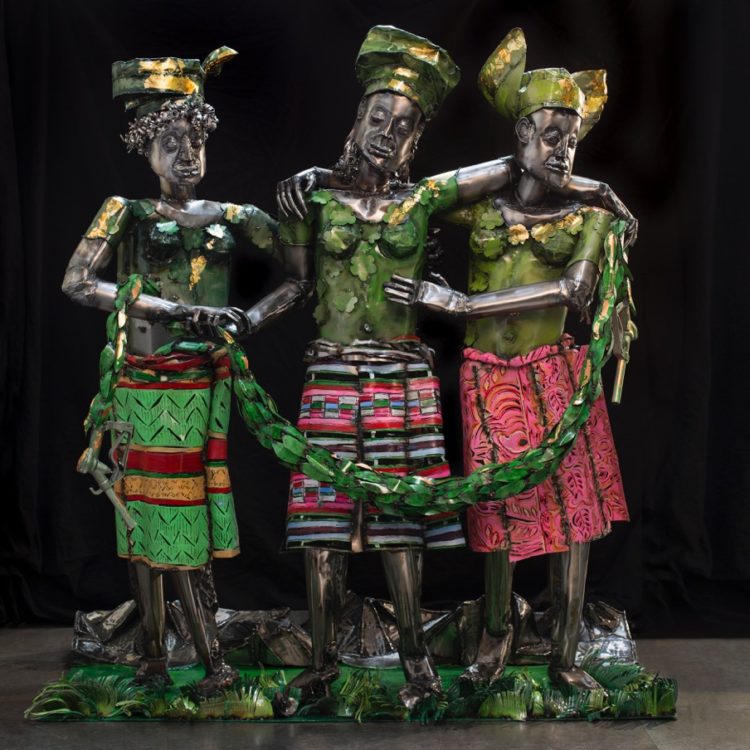 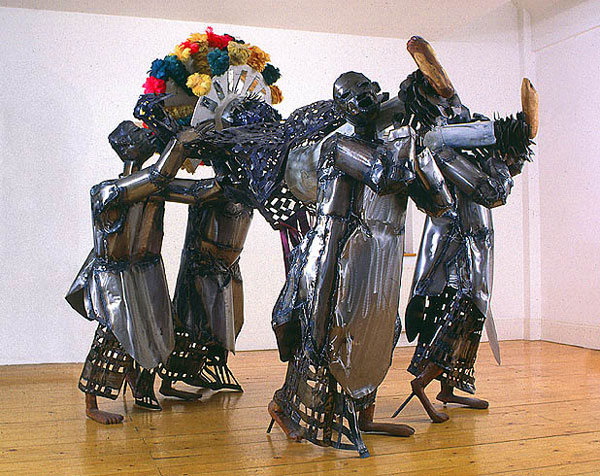 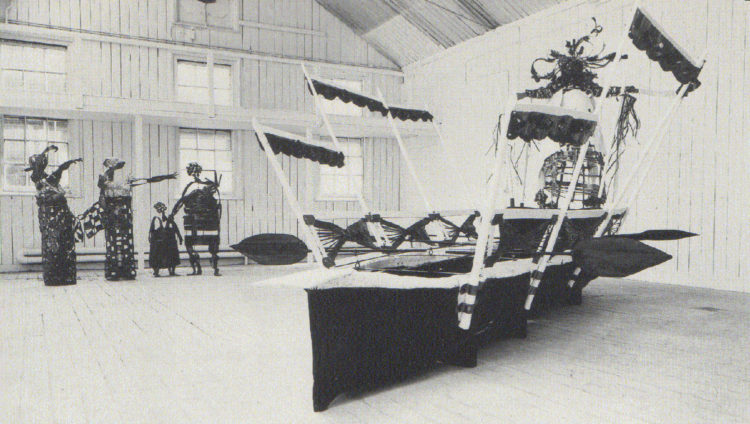 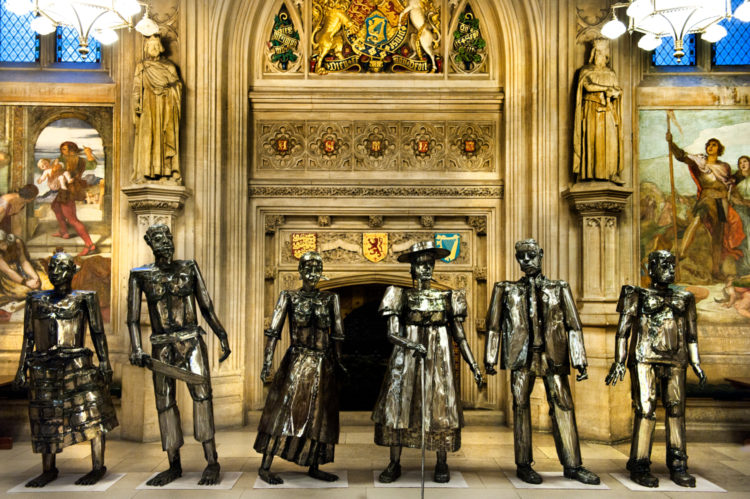 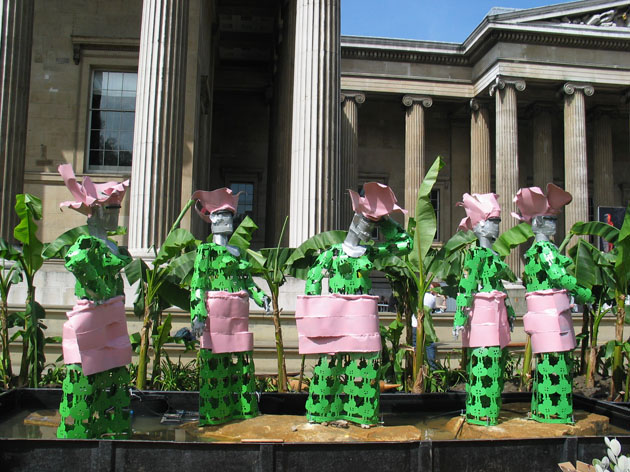 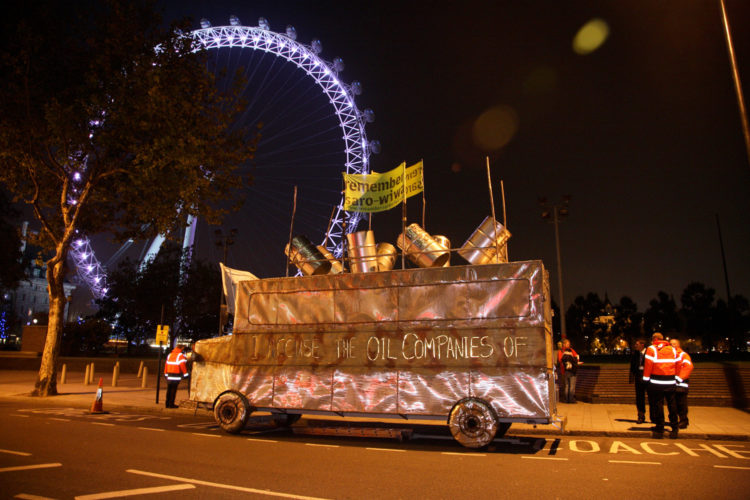 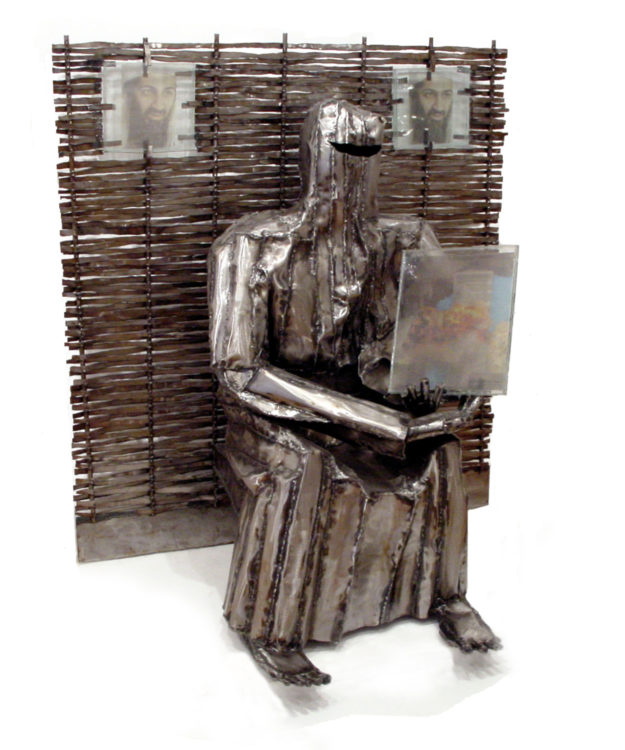 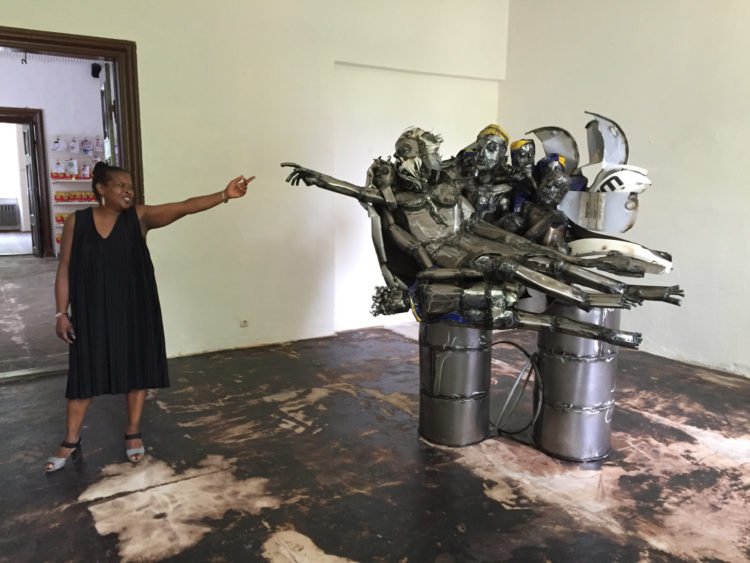 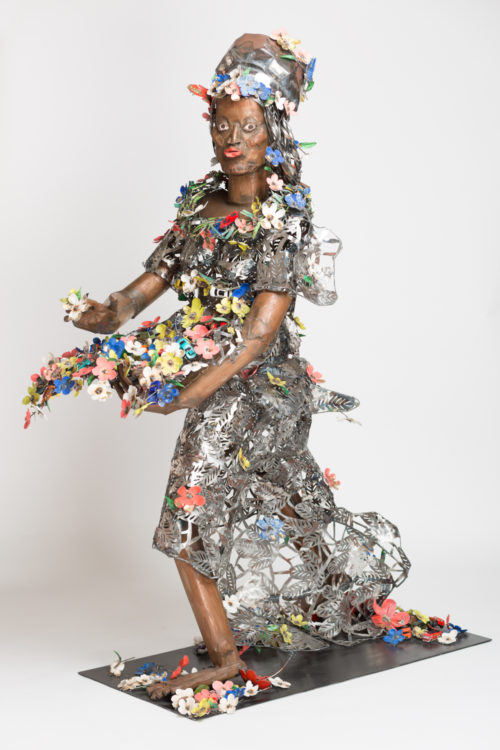 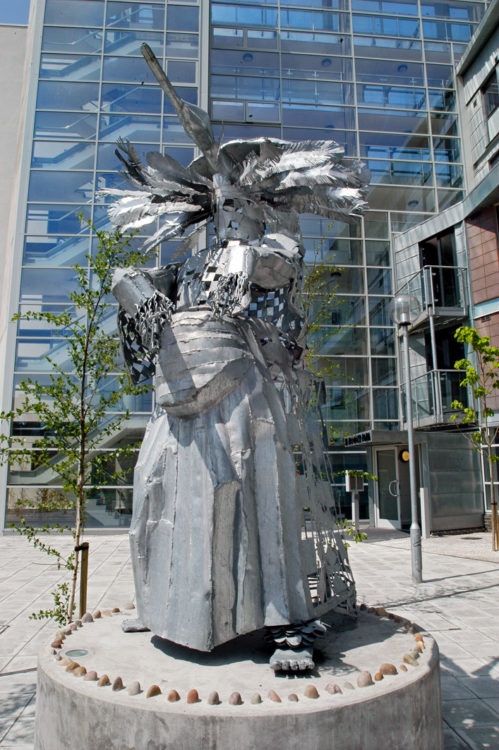 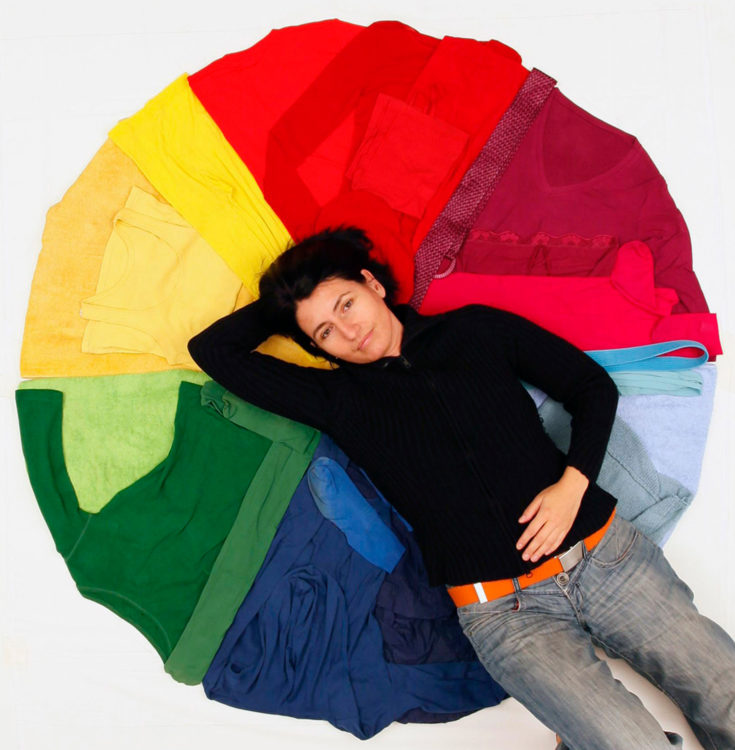