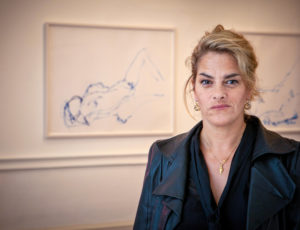 Tracey Emin was born into a Turkish Cypriot family, and has obtained degrees from the Maidstone College of Art and the Royal Academy of Art. The versatile artist expresses her art through extremely diverse media and forms: drawing, video, sculpture, embroidery, books, painting, neon signs, photographs. She puts herself on display, using events from her life, and crudely expresses her humiliations, wounds, and successes. Her works evoke love stories experienced with a mix of heartbreak, disappointment, and pleasure. If a feminism is revealed in her work, it is solely by way of an autobiographical and intimate reality. Her first solo exhibition was held in 1993 at the White Cube gallery in London. At the time, the gallery consisted only of a single white room, four meters on each side, an experimental space run by Jay Jopling intended to be the smallest possible exhibition space where young artists could express themselves; however, the gallery would never show the same artist twice. Her exhibition, bearing the ironic title My Major Retrospective, consisted of a heap of various pieces and images created between 1983 and 1993. She then launched the Tracey Emin Museum project. Because she had no workshop, she rented a store on Waterloo Road and issued Emin Bonds, which she sold for 50 or 500 pounds sterling, in the form of wood cut engravings, for which she guaranteed a doubling in value over a year or a refund. Their success allowed her to rent the space and buy equipment.

During the 1990s, she joined the ranks of the Young British Artists (such as Sarah Lucas, the Chapman brothers, and Marc Quinn), a movement initiated by gallery owner and collector Charles Saatchi and artist Damien Hirst. As part of this group, in 1997 she participated in the “Sensation” exhibition at the Royal Academy of Art, which enjoyed great success while also being shrouded in scandal. In 1999 she found herself among the four artists selected and exhibited for the very prestigious Turner Prize – which rewards a British artist under the age of 50. She made headlines by showing My Bed: her own unmade bed, left untouched following her breakup with a lover, covered with used condoms, bloody underwear, and the carcasses of empty bottles. Her works obsessively dwell on the rape she experienced during adolescence, her miscarriages, and her relationship with sex. Thus, one of her most famous pieces, Everyone I Ever Slept With, 1963–1995, consists of a small tent the inside of which is put together using appliqué techniques (in which small pieces of fabric are attached to a larger piece) and covered with the names of all of her sexual partners. In 1996 she locked herself in a room fitted into a gallery, equipped with nothing but painting materials, in the hopes of exorcising her pictorial demons. Lenses inserted into the walls allowed spectators to watch her paint in the nude. While she began painting using style and imagery reminiscent of the work of Egon Schiele, Edvard Munch, and Yves Klein, she ended up finding her own distinct style through the outpouring of autobiographical images. The piece was preserved in its entirety. With respect to the provocative relationship she maintains with the public, forcing viewers to act as voyeurs, she explains in an interview published in 2007 by Art Press magazine: “We are the focus of our dreams and […] we create everything inside the dream, including the other protagonists. In the dream, I’m the one talking, but I’m also the other people involved, and I see myself through them.” That same year, she surprised the public by the relative restraint she demonstrated with her presence in the British pavilion at the 52nd Venice Biennale. She chose to hang sentences written in the form of neon signs, graphically recalling handwriting and expressing the power of “spoken sentences.” She also showed a series of watercolours created following her abortion. A year after being voted a lifetime member of the Royal Academy of Art in 2007, she was featured in a solo exhibition at the Scottish National Gallery of Modern Art. 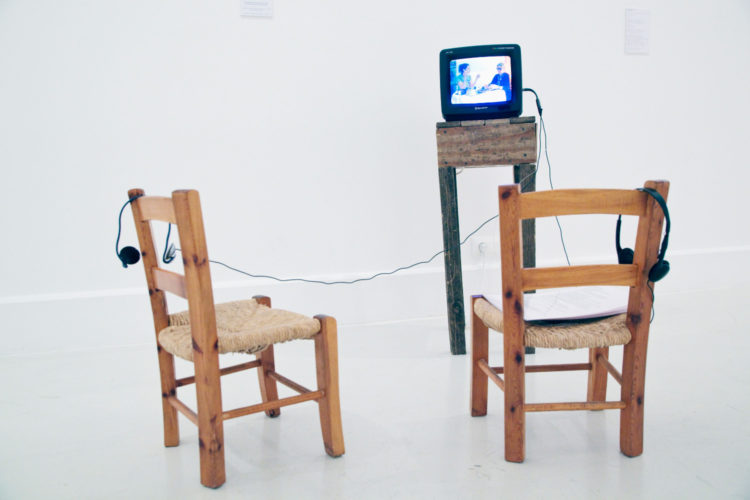 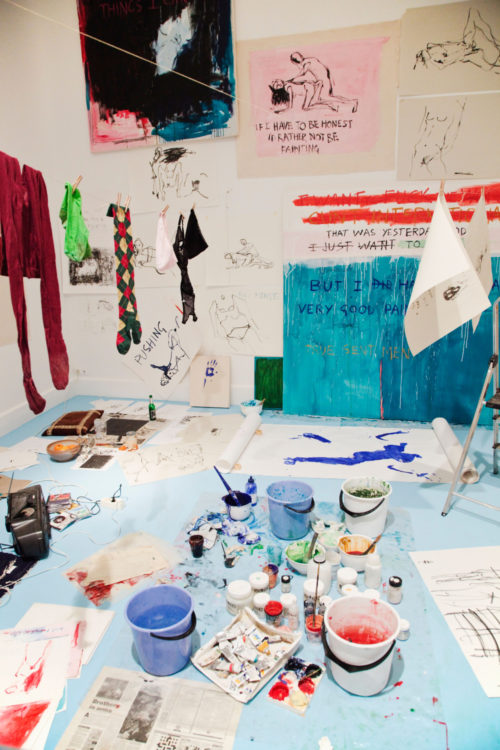 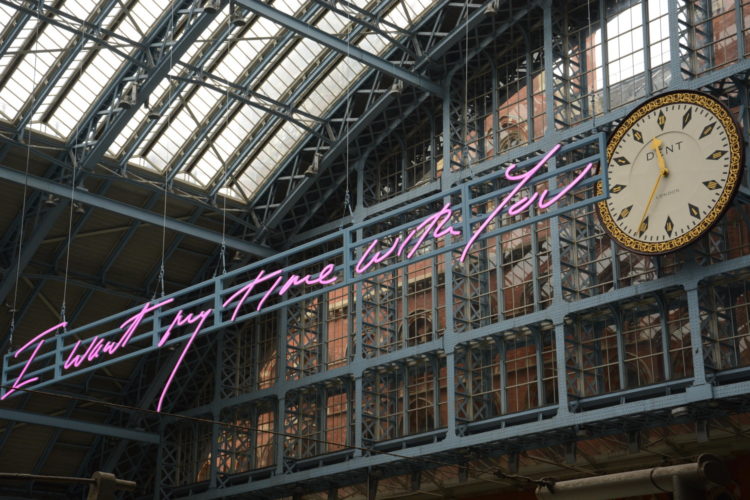 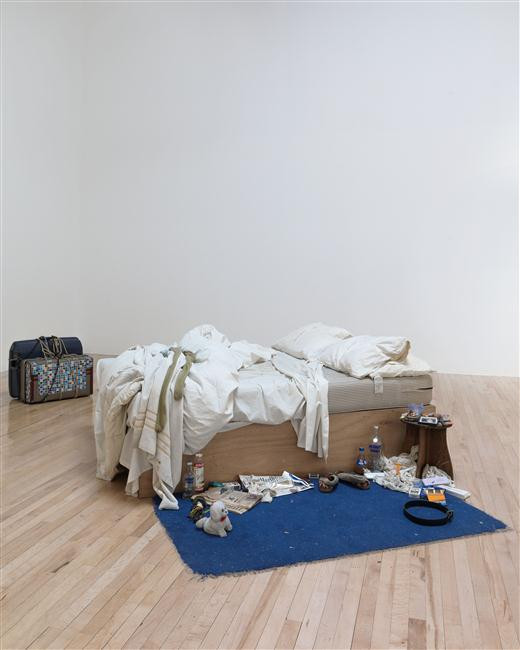 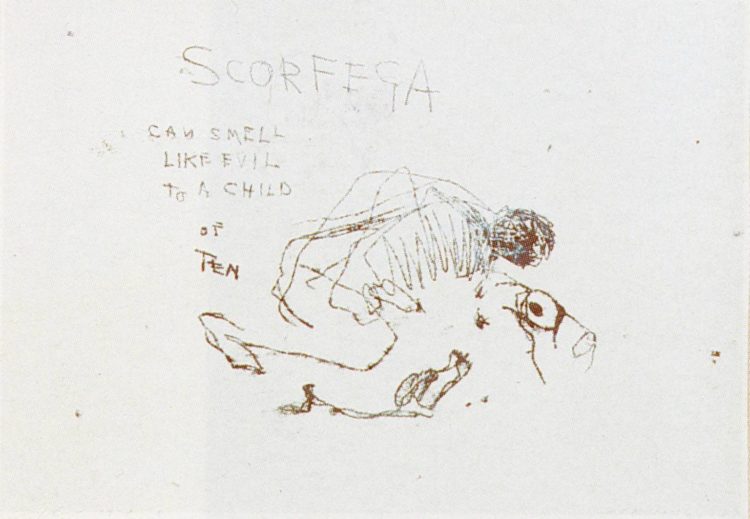 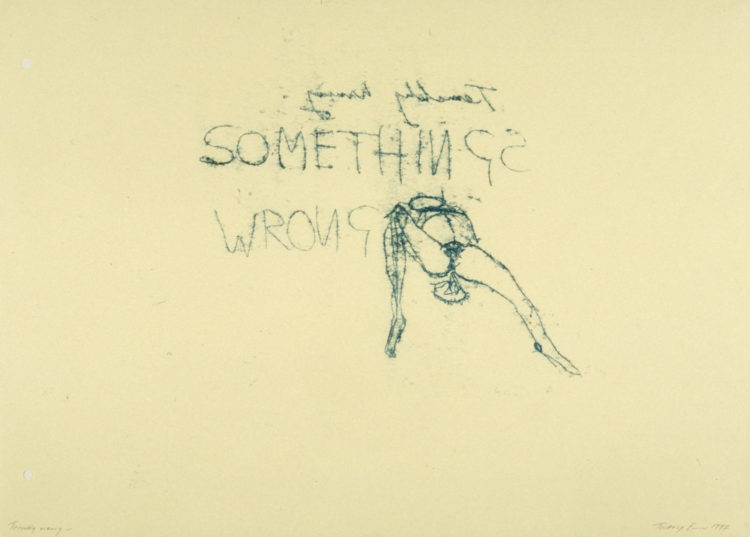 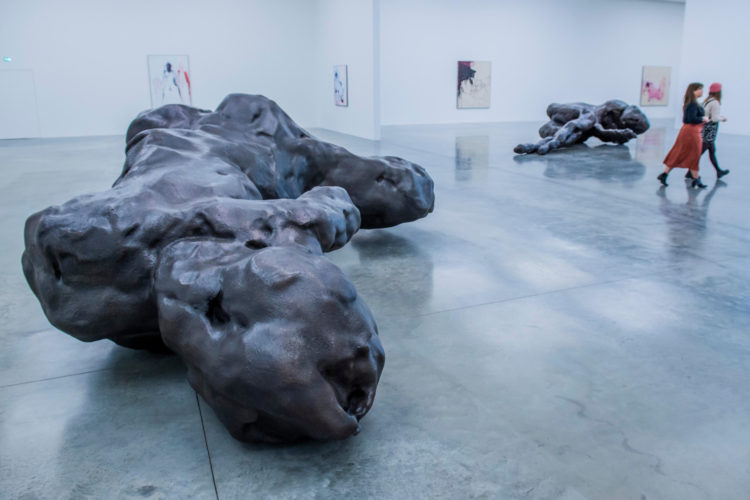