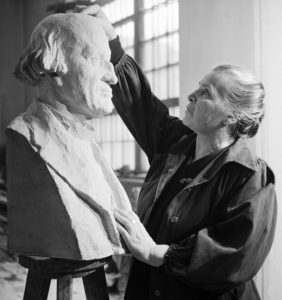 Her monumental sculpture, Worker and Kolkhoz Woman – a symbol of the dynamic and conquering USSR for some, socialist realism for others, or the even worse period of Stalinism – is recognisable not only for having dominated the Soviet Pavilion at the 1937 World’s Fair in Paris, but also for having been the emblem of Soviet cinema: the work was seen at the opening credits for the films produced by Mosfilm. Born to a family of well-off merchants in Riga, Vera Ignatevna Moukhina studied under Konstantin Yuon in Moscow, took sculpting courses in the studio of Sinitsyna in 1908, and worked in the studio of Ilya Machkon from 1911 to 1912, before honing her skill with sculptor Antoine Bourdelle at the Chaumière in Paris for two years. At the outbreak of the war in 1914, she returned to Russia. As the assistant to Alexandra Exter from 1915 to 1916, she worked on the sets of the Kamerny theatre. Starting from 1919, she contributed to the propaganda activities initiated by Lenin by sculpting the monument dedicated to N. I. Novikon, and designing posters and calendars. During this period, she competed in monumental sculpture projects. In 1926, she participated for the first time in the annual exhibition of sculpture at the History Museum, where she would go on to show her work for the following two years. Anchored in figurative realism, her work responded to the demands of Soviet propaganda: austere portraits (Koltsov, Zamkov, Taranovitch, Khijniak) exalting the energy and force that accompanied the heroic ideology of the time.

She quickly became an official artist of the regime. However, some of her sculptures, like that of the ballerina Galina Oulanova, reflected a certain sadness. Worker and Kolkhoz Woman remains her masterpiece, not only because of its size, but also because of her employment of stainless steel, the extension that it offered to the Palace of the Soviets built by Boris Iofan, as well as the impetus it gave to the group and its ideology. The realisation of the sculpture required a collaboration with two other women, Zinaida Ivanov and Nina Zelinskaya. Feminist Parisian journalists viewed the monumentality of the work by these three female sculptors was a demonstration of feminism. 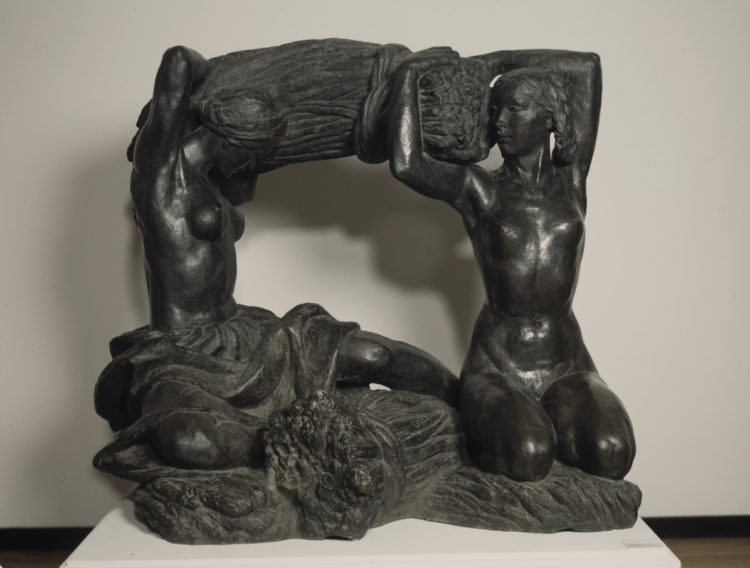 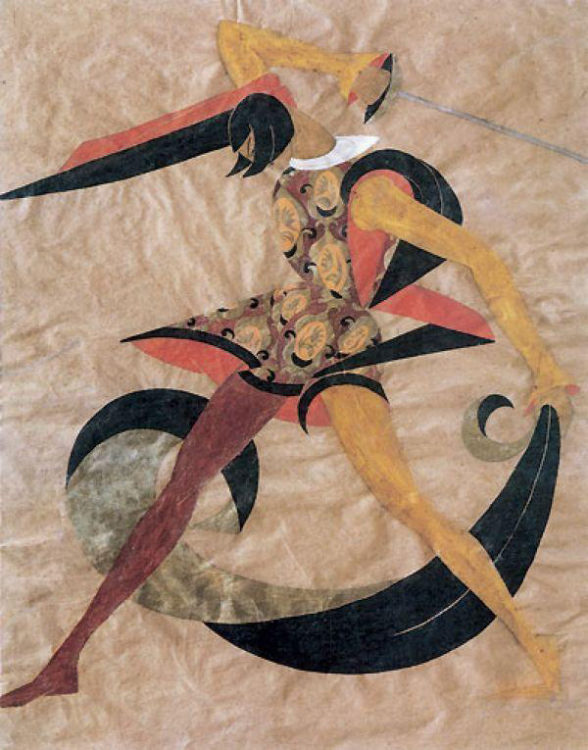 Vera Ignatevna Moukhina, Bertran Knight of Misfortune, 1916, gouache, silver and black ink on paper, 40 x 48.5 cm, costume Sketch for The Unperformed Drama The Rose and the Cross by A. Blok, collection particulière 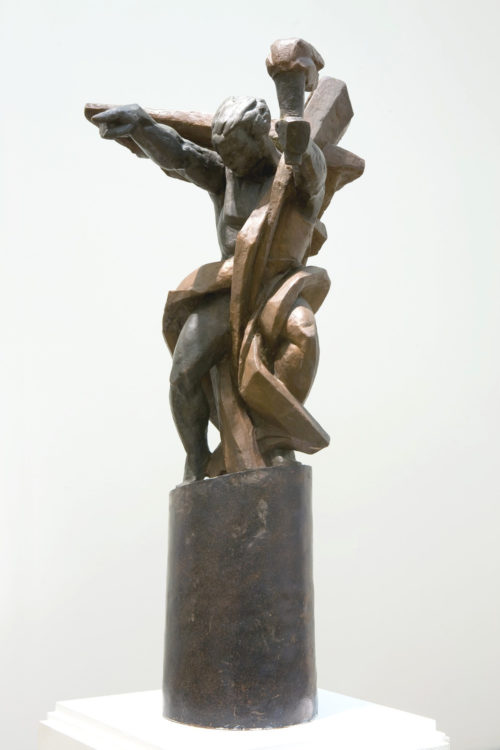 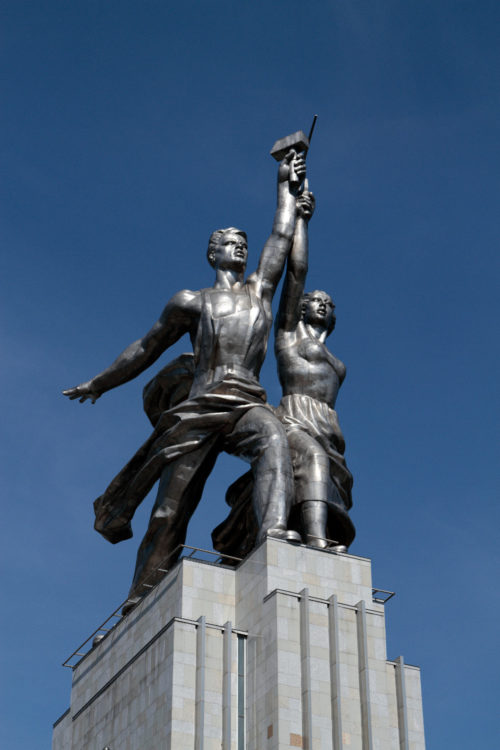 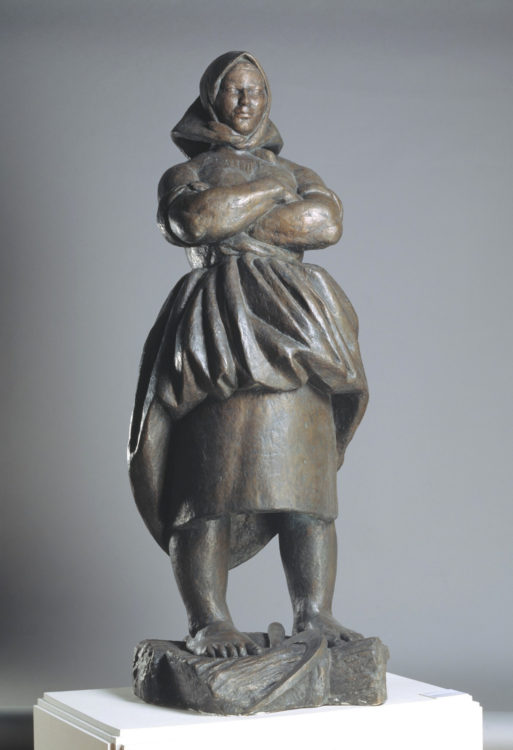 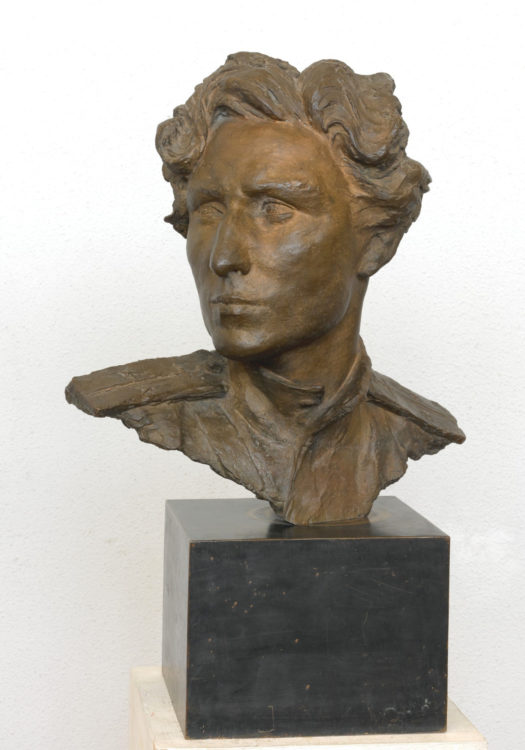 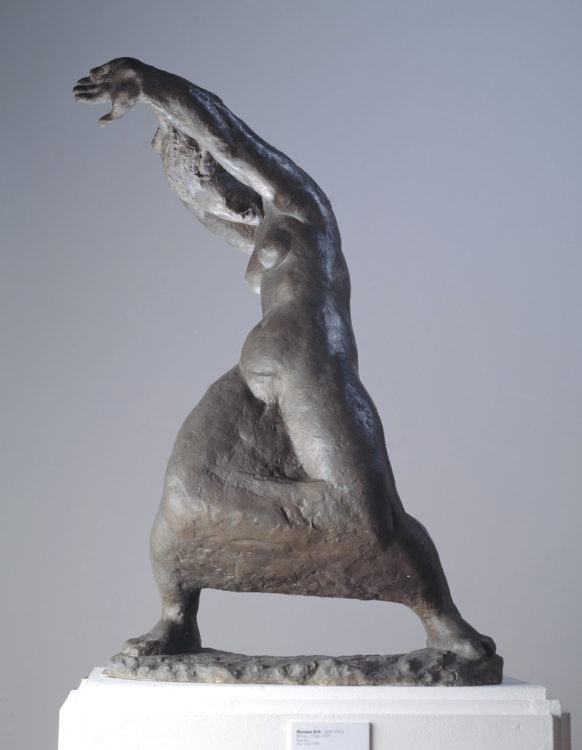 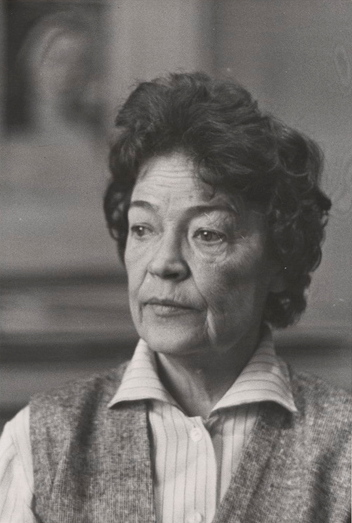