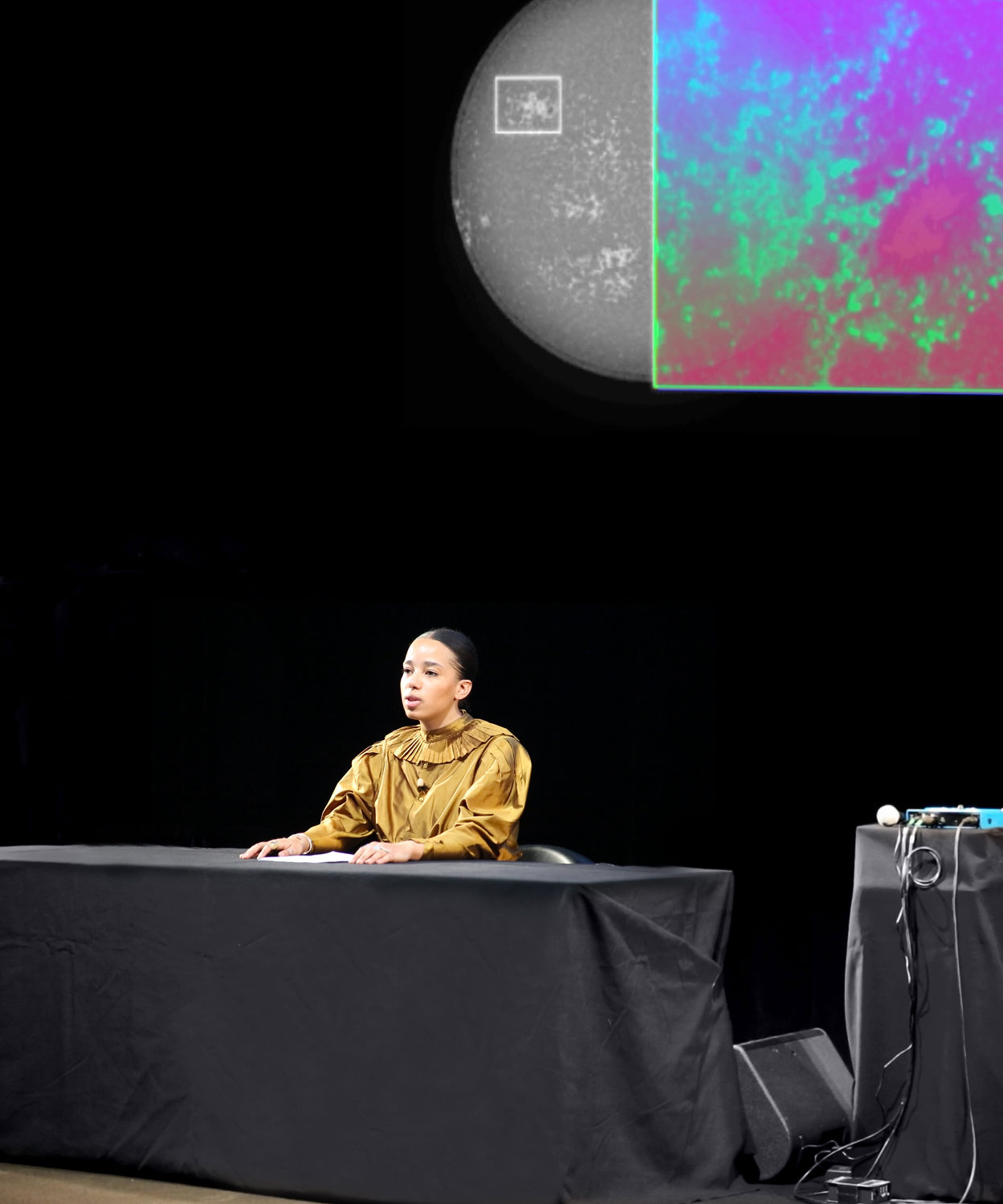 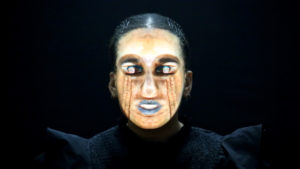 “Too often have we been the subjects of experimentation, and so we have decided to create our own landscapes, to unsettle visions that were used to naming ‘otherness’ without ever letting it express itself.”
“We have decided the naming through abstraction. A fraying of cantankerous words, too often digested in times past. Polyphemus was not mistaken: we are persona.” 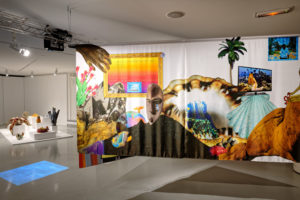 I chose to quote Josèfa Ntjam’s text written for her exhibition Sous la mangrove (Under the mangrove) at La Mostra de Givors for the 15th Lyon Biennale (2019) because it seems significant to me in relation to the prize’s purpose: to nominate, to name, to speak for. Amidst a porous lexicon of words repeated and interwoven – infiltration, plants, revolts, aquarium, misappropriation – a plural voice emerges, speaking in the name of a fictional identity. This us need not define or justify itself; us says whatever they desire. This blurred enunciation neutralises the presupposed unity of the artist’s subjectivity, as well as its dominant position as an entity that produces meaning within the event of the exhibition. Each paragraph rewrites the narrative: the point is not to establish legitimacy by drawing on knowledge, but rather to imagine new possibilities. One begins to glimpse the outline of a fiction created by an alternative subjectivity, a plural subject untethered by the definitions of gender or species, by part of its matter (by becoming a “drop”), and which therefore gives rise to different perceptions, institutions, and behaviours.

It is precisely this way of imagining a different experience of art – an art that has become aware of and brings awareness to narratives of domination – which led me to want to re-present Josèfa Ntjam’s work. I see her practice as a multidisciplinary form of speculative writing, in that she often uses science fiction as a tool to explore epistemological categories of race, gender and species, as well as notions of space and territory. And so the world of Hilolombi in the performance piece Hilolombi #2 (2018-2019), seen through the intertwined visions of both a female hydraulics researcher and a griot, describes an unknown planet discovered by the United States of Africa, which would provide humans with a new form of aqueous being and, through this possibility, with a new narration of bygone times. 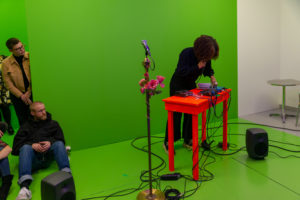 The compounding of several cultural products, both in her texts and in her montages of images printed on fabric or edited as videos, brings to mind an “expansive poetry”, like that of Édouard Glissant, moored in the ocean of the “internets”. By unfurling a narration within established knowledge, the artist’s work shows that it is both rooted in the fragmented culture born from digital technologies and fed by the moving discourse of Glissant’s “Tout-monde”, like a bridge between poetics and ethics. Her fictional and poetic approach institutes a plural language that integrates the present event in the form of a space for emancipation and critical thinking.

Josèfa Ntjam (b. 1992, Metz, France) has developed a cross-disciplinary approach that combines video, writing, installation, and photomontage. Her work is a reflexion built around the notion of space, and for the past few years she has focused on a fictional exploration of alternative worlds and possible futures. Her pieces consist in performative readings, which she uses to bring writing to life. Her work has been shown, among other occasions, at Hordaland Kunstsenter (Bergen, Norway); 2019 Lyon Biennale; La Mostra, Givors (France); Arnolfini – Bristol’s International Centre for Contemporary Arts (UK); GENERATORprojects (Dundee, UK); Bootleg by DOC! (New York, USA); Paris-Beijing Gallery (Paris, France); Zentrale Pratteln (Basel, Switzerland); Palais de Tokyo; and Bétonsalon (Paris, France).

Commissioner: Barbara Sirieix is an independent curator and writer based in Paris. She works with feminist narratives to reflect on emancipation within (and without) various institutional contexts. In 2015, she was in residency at La Galerie (Noisy-le-Sec, FR) which published with Dent-De-Leone her first book, 24 ter rue de la pierre feuillère. She is co-editor and co-curator with Joachim Hamou and Maija Rudovska of the exhibition A Barbarian in Paris at Fondation Ricard (Paris, FR) and the book Active Art published with Paraguay Press in 2019. Recent projects include take (a)back the economy at CAC Chanot (Clamart, FR) and the first solo show in France of Estonian artist Anu Põder at La Galerie.