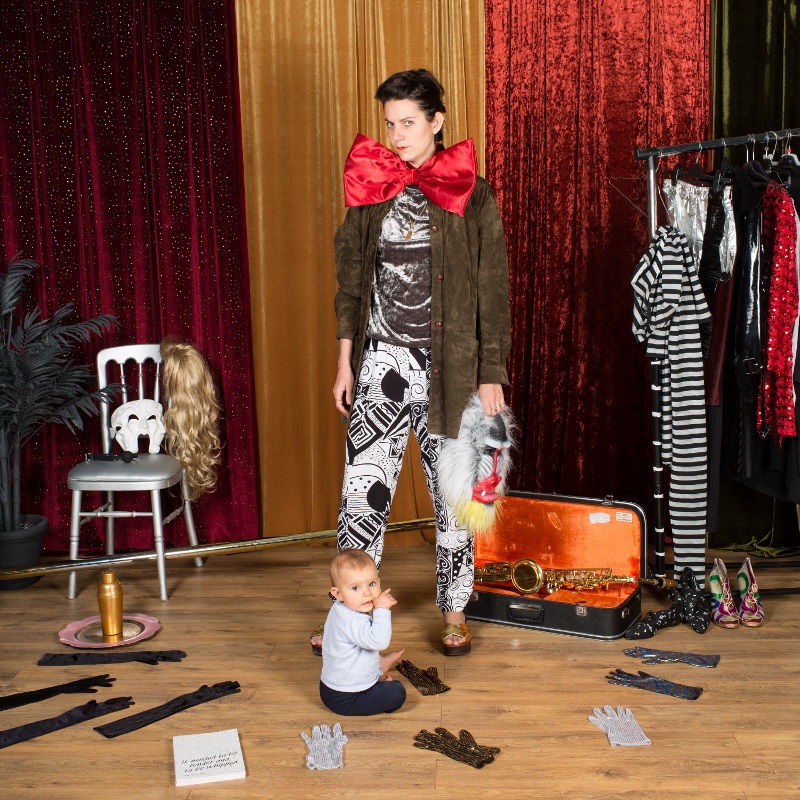 Julie Béna’s work is marked by her own history. The artist spent her childhood with a travelling theatre and became an actress when she was a teenager. Her universe is rooted in theatre, Antiquity, mythology, literature, and nightlife. It is made up of scenarios, romantic and epic heroes, and set sceneries, and has revolved around the same fictional figure for almost five years: Rose Pantopon. 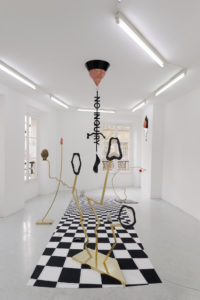 Like everything in Julie Béna’s work, Rose’s character is defined in relation to her place of existence and to the people who surround her. Rose Pantopon originally appears in the last chapters of Naked Lunch in the ramblings of an old junkie: “Have You Seen Pantopon Rose?” (2017) started with this fleeting apparition in William S. Burroughs’ text to gradually become the incarnation of Rose. Concurrently with the famous beat novel, the artist began reading Homer’s Odyssey and re-immersed herself in Greek tragedy. To her, it is as if Jack and Neal, the two protagonists of Jack Kerouac’s On the Road, had crossed paths with Homer – as if the beat generation had met Greek tragedy.

Have You Seen Pantopon Rose? combines the principles of the cabaret review with performance art and musicals. Rose Pantopon is not a patchwork, but rather an unusual, sweet and sour, bittersweet cocktail, for which the recipe is written bit by bit. Various elements are added and mixed in to make its taste more complex and longer lasting. 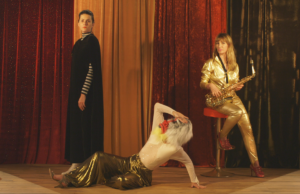 The story of Have You Seen Pantopon Rose? is made up of objects, texts, gestures and musical pieces that follow two entities: Rose Pantopon and the Chorus. The Chorus is the principal, explanatory voice, the one which sets the tone. Rose Pantopon, an almost mute character played by the artist herself, is concerned with gestures, manipulations, cocktails, and dancing.

Her existence is lived, performed and seen following her creator’s travels. She performed in London, Montréal, New York, Los Angeles, and more recently in Brest, for her latest opus to date.

The time came for Julie Béna to bring together all these experiences and such an epic journey in one same venue. On this occasion, she produced a film in which Rose reveals herself through words, dance and music. The film comes with an interacting series of sculptures. Neither environment nor setting for the film, these sculptures become part of the story for a while before withdrawing from it later. They are to Rose Pantopon what the Cowardly Lion and the Tin Man are to Dorothy in The Wizard of Oz – fellow travellers who will keep on without her.