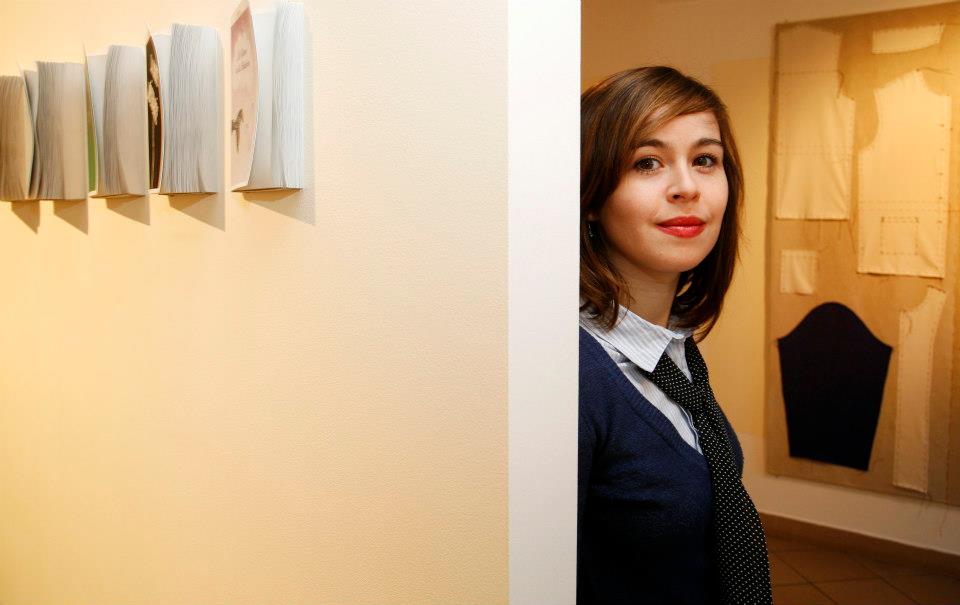 In front of Laurence Cathala’s works, we sometimes have to accept a certain confusion, and wonder what we are looking at and interpreting, and what configurations we are surrounded by and that offer themselves to our gaze.

For ten or so years, Laurence Cathala has focused her attention on the notion of a document, one that might takes its place in a fictional archive where narratives intertwine. She invents correspondence between an artist and their collector, recomposes new passages using extracts from written texts, or redesigns photographs of interiors of art lovers whose works seem to have been erased. Literature and, more broadly, text and reading occupy an important place in her work, which is haunted by letters, magazine covers and sections of books from which the words seem to have vanished. This artist, who has become an archivist, historian and researcher, plays on the expectations of a spectator accustomed to glass cases in museums that generally contain records representative of an artist or writer: scraps of slightly faded letters, yellowed family photographs, paper no longer in use kept in a drawer, small notebooks carefully conserved by heirs, and so on.

For a while now, the question of museography has become an essential part of Laurence Cathala’s work, not in order to offer a self-referential definition of art and its presentation but to consider the status of objects, whether they are of art or its paratext. In the same way that, in the physical space of a simple book made of ink and paper, in which every tale, every story, however epic or banal it may be, can be presented, she searches in her installations for new narrative forms. Relying on everything that is in danger of disappearing, from the most intimate documents to those in the most impersonal of archives, Laurence Cathala exploits scales – miniaturisations and enlargements – in presentations that use the museum display case as a means of reflecting on itself. In each case the primary concern is to reconsider the place accorded to memories and memory by means of objects that she draws, reproduces or exploits, and to which she attempts to restore a choice and appreciable dimension. The whole like so many small ghosts whose sense would sometimes become lost in the twists and turns of dusty libraries but whose emotion would remain unaltered.