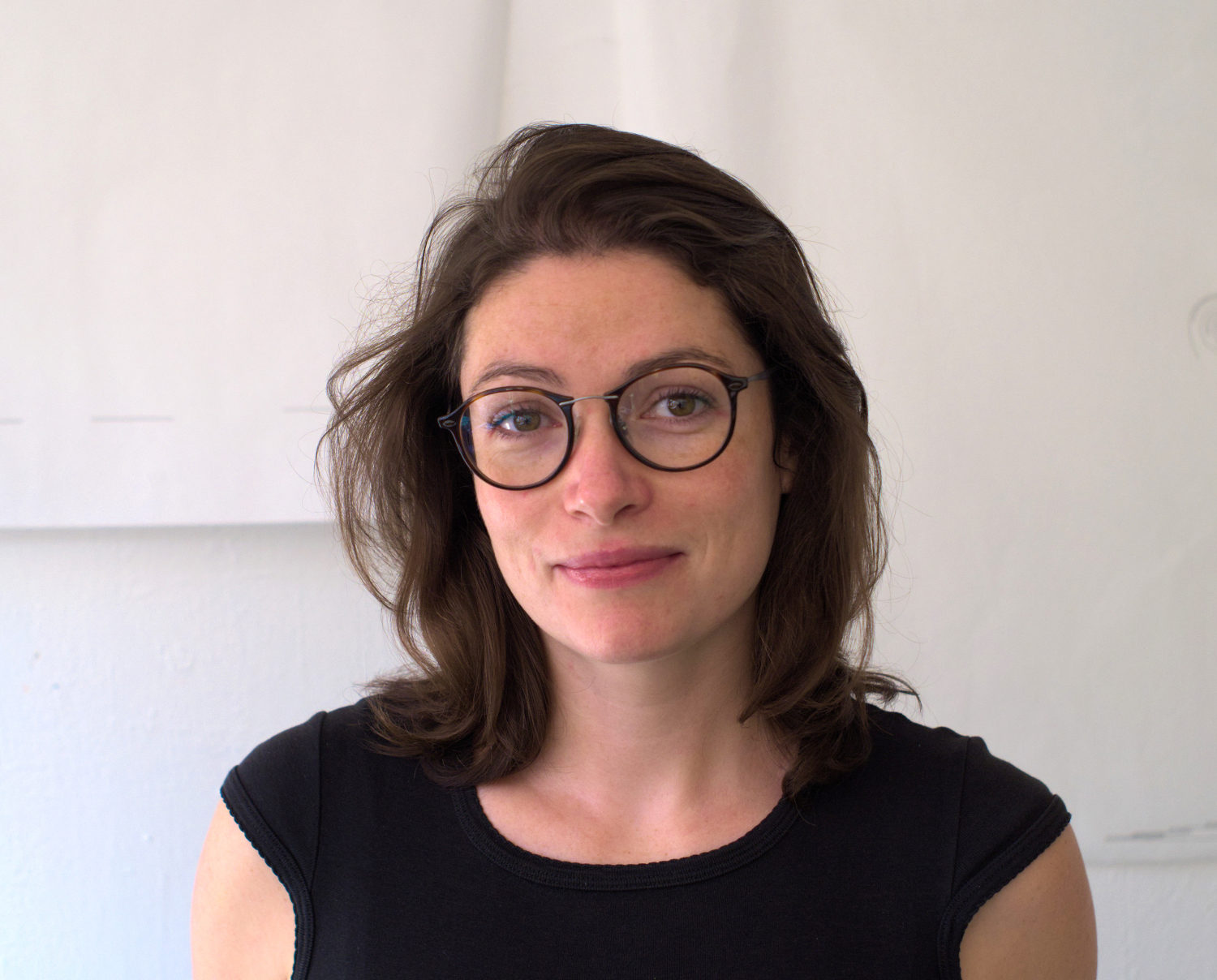 Marianne Mispelaëre’s work functions on a sensitive plane by deploying fleeting gestures or spoken exchanges that become embodied in the simple tracing of lines, the silent eloquence of the signs we produce, and the disappearance of conventional forms of language. The artist’s universe is not withdrawn from the world. Rather, it explores one of its marginal paths: that which consists in distancing oneself from the continuous flow of words stripped from their context and singular histories in order to return to more essential, and yet fragile, forms of language. 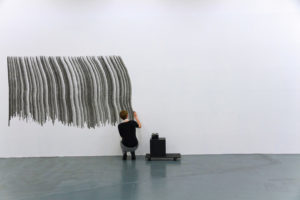 Marianne Mispelaëre observes the world’s agitation and its moments of uprising. This can be seen in the series Silent Slogan (2016-ongoing), in which she searches the Internet for pictures of gestures made during spontaneous rallies since 2010, from the Arab Spring to Nuit debout. The resulting series of postcards is a visual encyclopaedia in its own right, and brings together anonymous attempts to communicate the here and now of the people’s action to the rest of the world through ordinary and impulsive hand signs. All that is left today of these disappointed hopes is the polyphony of silent messages, which, at the time, chose the immediacy of a universal and direct form of expression over the media’s chaotic comments. “To me, the ‘Arab Spring’ is a fervent reminder of the impossibility of accepting the loss of a certain conception of free humankind”1 , says the artist. “Explaining reality doesn’t necessarily make it real. The telling of History must bear traces that do not imply an immediacy of methods or an accreditation of sources.”2 Silent Slogan also tells of the impossibility of this visual Babel. Indeed, the gestures, when taken out of their context and culture, can be subjected to a multitude of interpretations. What remains is the fulgurance of history in the making. 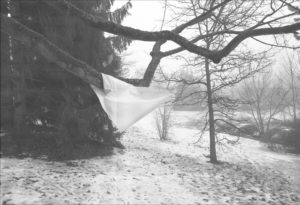 There is also the silence of hands that refuse to communicate or reveal their identity in the performance No Man’s Land (2014-ongoing), in which participants systematically striate the palm and fingers of their hand with a ballpoint pen before applying it to a piece of paper. The hand with its palm, the ultimate visual map of one’s life, and with its fingers, the intimate trace of one’s singularity, is in this case covered up, as if to deny its identity. The idea for the performance came from an image from Sylvain Georges’ documentary Qu’ils reposent en révolte (2010) about Calais and the men who scarify their hands in a final move to erase their roots and history.

While our lifespan may be read in the palm our hands, in this case existence becomes indistinct, caught in a cacophony of tangled lines, like a blur of various destinies.

Sometimes a line becomes a furrow and the body a standard by which to gauge space, as in Mesurer les actes (2011-ongoing). Created as performance pieces, these murals consist in vertical parallel lines drawn very close to each other in varying densities of greys and blacks and in continuous, unbroken strokes starting from the highest point the artist is able to reach. She keeps drawing until she runs out of ink, space, or energy. The line – both a trajectory and a process – becomes a seismograph of the body in its own right.

In this constant to and fro between an anthropomorphic reinterpretation of drawing and an anthropology of gestures, and between intimate and collective realms, Marianne Mispelaëre pursues her quest for a form of primitivism or quintessence of movements. While her work expresses a certain difficulty to enunciate or be heard amid the deafening sound of the world, it also affirms, project after project, the persistence of vital impulses, forms of resistance, and essential signs.

Marianne Mispelaëre (1988, France) graduated from the Haute École des arts du Rhin (HEAR) in Strasbourg in 2012, received the Grand Prize at the Salon de Montrouge 2017, and is due for a solo show at the Palais de Tokyo in February 2018. Her work has been shown in France and abroad, particularly by the mfc-michèle didier Gallery, at the Centre des livres d’artistes (CDLA, Saint-Yrieix-la-Perche), at 49 Nord 6 Est – FRAC Lorraine (Metz), and at Centre Pompidou-Metz. She was selected for the Kunstpreis Robert Schuman (Trier, Germany) in 2015 and for the Edward Steichen Award (Luxembourg) in 2017; she received the Ville de Grenoble Prize, organised by Le Magasin – CNAC, in 2016.

Commissioner: Hélène Guenin, director of the MAMAC in Nice