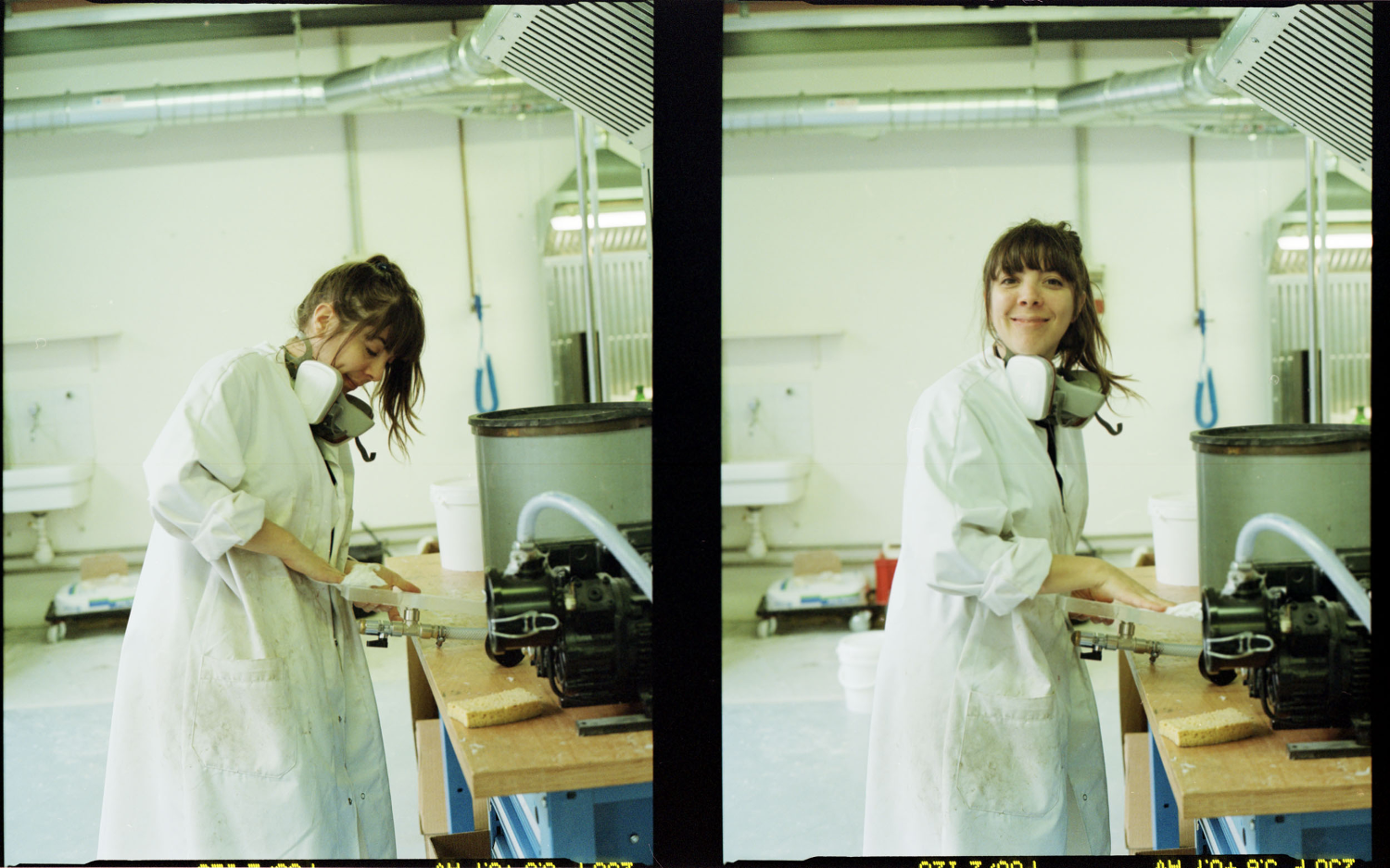 Marion Verboom is a builder. The architectural aspect of her work immediately directs us towards the patterns and energy evident in her oeuvre. It must withstand. 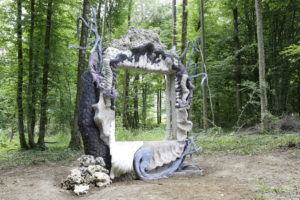 The artist has thus developed a programme of sculpture that endeavours above all to reflect on the classicism of the genre. She summons History, with respect and inventiveness. The ancient times occupy a vital place in her imagination. From prehistory, she obtains evidence. From Ancient Greece, balance. From the Middle Ages, narration. And although each era is organised in its specific way, Marion Verboom creates a new approach to better establish the foundations of our own. Her magical animals protect us. Her mythical caryatids support us. Her loquacious capitals teach us. Megaliths. Pyramids. Cathedrals. To build is a challenge, and humankind engages in an eternal competition to glorify its condition. This competition occurs by way of the structure. 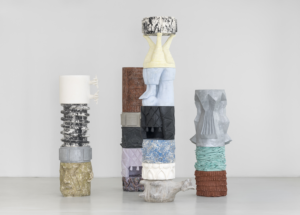 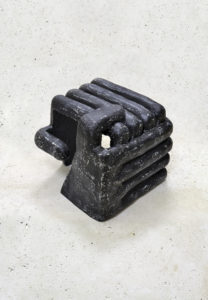 The columns that Marion Verboom erects are truncated and cosmopolitan, most definitely pluralist. In her own way, the artist embraces a secular desire for verticality, not for showiness but to reveal what is possible. Elevating things. Let’s take Achronies, a series that she began in 2016 and that is still ongoing, comprising a multitude of elements created from a repertory of around thirty moulds. Although diverse, the pieces have the same profile and diameter so that they can fit into one another. Words, sentences, paragraphs, texts, and literature can be written with this alphabet. A dialect can be built; sometimes even acquired. The studio becomes a battlefield where different powers operate. When Marion Verboom describes her work, she moves her fist around, jabs her elbow into space, steps back to dodge an invisible attack. The struggle is still tangible. We can imagine her taming the raw material, determining its shape. She dyes plaster, solidifies acetate, fires pottery, melts wax, pours resin, and moulds brass. In her desire to do everything, she carries out each stage in the process herself – the drying, catalysis, and firing of materials. It is a form of independence, even if it means a finger gets cut in the process. 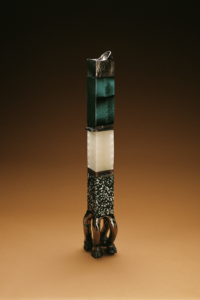 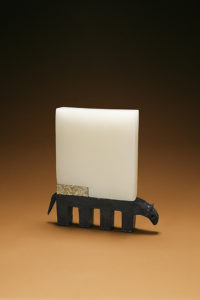 It is hard to imagine how such brutality can lead to elegance. Yet the studio attests to the activism of a master goldsmith. The virtuosity of the fabrication process necessitates a horizontal form of respect within the artistic field, where the artist develops alongside craftspeople. This involves ornamentation. Owing to her class and code of ethics, Marion Verboom values expertise that shakes things up. Despite its shared etymology with the gold of rococo, rocaille is the art form of masons. Adroitly shaping something beautiful out of fresh mortar with a trowel and hawk. While entirely at ease with the physical roughness of her art, Marion Verboom also uses terms relating to maternity. She speaks of cores when she describes the process of drawing her compositions, of matrices and gestation. The earth she handles is fertile. And while the French language struggles to find a feminine form of the word ‘sculptor’, Marion Verboom keeps working vigorously.

Marion Verboom (1983) graduated from the Paris École nationale supérieure des beaux-arts in 2009 and later joined the De Ateliers artist-in-residence programme (Amsterdam 2009/2011). Her work, which combines drawing and sculpture, has been presented in solo exhibitions at the 40mcube artspace for the Ateliers de Rennes-Biennale d’art contemporain (2012), the Abbaye Sainte-Croix des Sables-d’Olonne Museum (2015), the Pill Gallery (Istanbul, 2016), and the Galerie Jérôme Poggi (2018). She has participated in group exhibitions at the musée international des Arts modestes (Sète, 2017) and at the FRAC Bretagne (Rennes, 2018). She also contributed to the installation in the new “Toguna” space at the Palais de Tokyo, which opened in 2018, and has collaborated with Maison Chloé (2017–2018). An exhibition and publication with RVB Books marked the completion of her artist’s residence at the LVMH Métiers d’art. Her works are present in several public collections, including the Fonds national d’art contemporain, the Fonds municipal d’art contemporain of the Ville de Paris, the FRAC Bretagne, and the musée d’Arts in Nantes. She is represented by Galerie Jérôme Poggi (Paris) and the Pill Gallery (Istanbul).

Commissioner:
Joël Riff is a curator and writer. At Moly-Sabata / Fondation Albert Gleizes, whose team he joined in 2014, he organises several projects annually and hosts artists for production residencies. In 2008, he founded the Chronique Curiosité which he publishes every Monday morning, and has taught since 2010 at the École Duperré in Paris. In addition, he is a regular contributor to the Revue de la Céramique et du Verre as well as to the catalogues of the Salon de Montrouge. This year, he is accompanying Eva Nielsen in the publication of her first monograph and is curating the collective exhibitions Translation et rotation at Art-O-Rama and Cet élixir at Moly-Sabata.

Translated from French by Jo Nicoud-Garden.