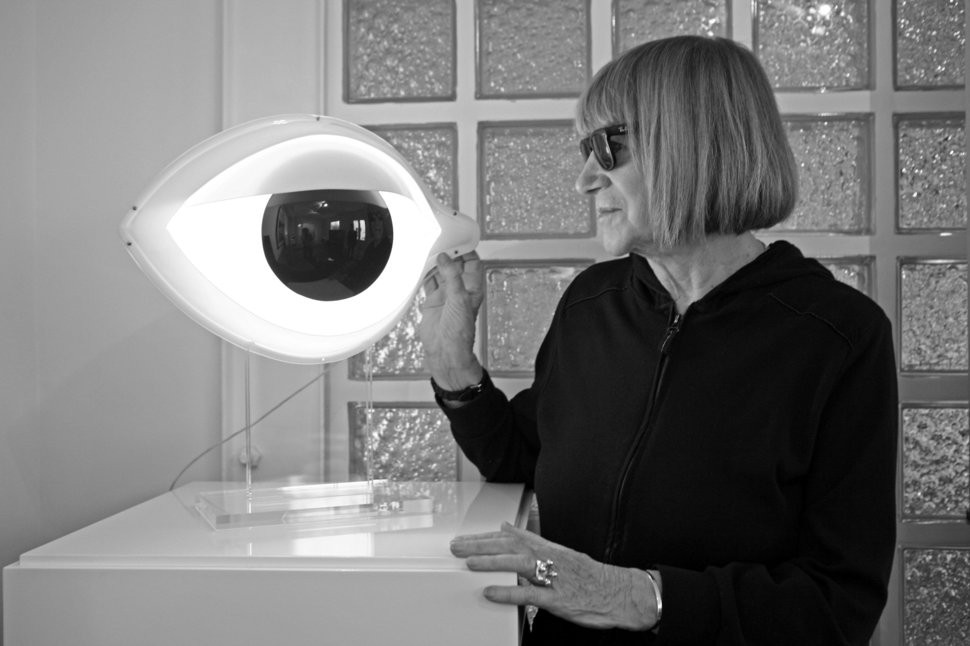 One dares not attempt a definition of Nicola L.’s work, for she is above all else a free and singularly committed artist who has experienced some of the most iconic and fantastic artistic events of the second half of the 20th century. 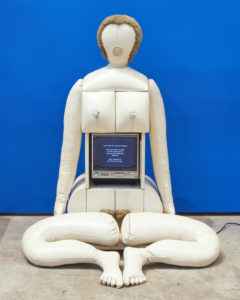 In the early 60s, she began to engage in a multifaceted practice that made use of various mediums such as sculpture, painting, and collage. Her proximity with the new realists in those days was quite clear. As an acquaintance of the critic Pierre Restany, she ignored established artistic codes in favour of a then resolutely novel form of creation, halfway between art and design, which she called “functional art”. Her White Foot Sofa (1963), The Eye Lamp (1969) and La Femme Coffee Table (1969-2015) hybridise sculpture and furniture achieved through a dismemberment of the body at once mischievous and violent. Nicola L. shatters gender stereotypes and artistic codes in a universal celebration of the body and human mind, which Yves Klein also advocated in his own way. Her works evoke an organic connection between what we feel in our flesh and the rest of the world. According to the French art critic Raphaël Cuir, “her conceptual work revolves around two approaches that open up a myriad of possibilities: making bodies and embodying; that is, gathering bodies within a single skin in order to inhabit a space collectively, organically, and to see it from the perspective of a second skin.” 1 Red Coat Same Skin for Everyone (1969) is a large unframed canvas shaped into eleven empty pockets made to fit eleven human bodies. The cape was created as an accompanying performance piece for a Gilberto Gil and Caetano Veloso concert at the Isle of Wight music festival. In this case, the clothing item is made to disguise, complete, and link together as much as it constrains and authorises. It was the first of the series that made her famous, and which Pierre Restany named the Penetrables. After this, Nicola L. developed the idea of artwork that could be experienced physically like a second skin and, by extension, the concept of “penetration in art”. 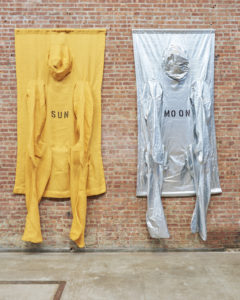 Assertive, mischievous, sexually suggestive, exuberant and unsettling: Nicola L.’s art is a utopian and feminist adventure that has found its place both within and outside of conventions.

Nicola L. first travelled to the United States in 1967, at the same time as Klein and Christo, and immersed herself in the New York of Andy Warhol, Nico, Bob Dylan and their peers. She decided to live there permanently in the late 70s and moved into the Chelsea Hotel, where she has lived ever since. In Doors Ajar at the Chelsea Hotel, her 2011 documentary about the stronghold of the New York punk-rock scene, she shrugs off any fascination or nostalgia to let us into the everyday intimacy of her home and workplace. Simple and radical.

Nicola L. (1937) is a French artist born in Morocco. She studied at the Académie Julian and at the Paris School of Fine Arts. She travelled to New York for the first time in 1967 and moved there permanently in 1979. Her artwork has been the subject of many exhibitions since 1969 (the date of her first exhibition at the Daniel Templon Gallery in Paris): solo shows, both in France (Le Magasin – CNAC, Grenoble) and abroad (Elga Wimmer PCC, New York); and collective exhibitions (Tate Modern, Museu de Arte Moderna de Rio de Janeiro, musée national d’Art moderne – Centre Georges-Pompidou). A retrospective of her work, Nicola L.: Works, 1968 to the Present, was held at SculptureCenter in New York in 2017. Her work is featured in the MNAM collections, at FRAC Bretagne in Rennes, at the Gallery of Modern Art in Glasgow, and at MAMCO Geneva, among others.