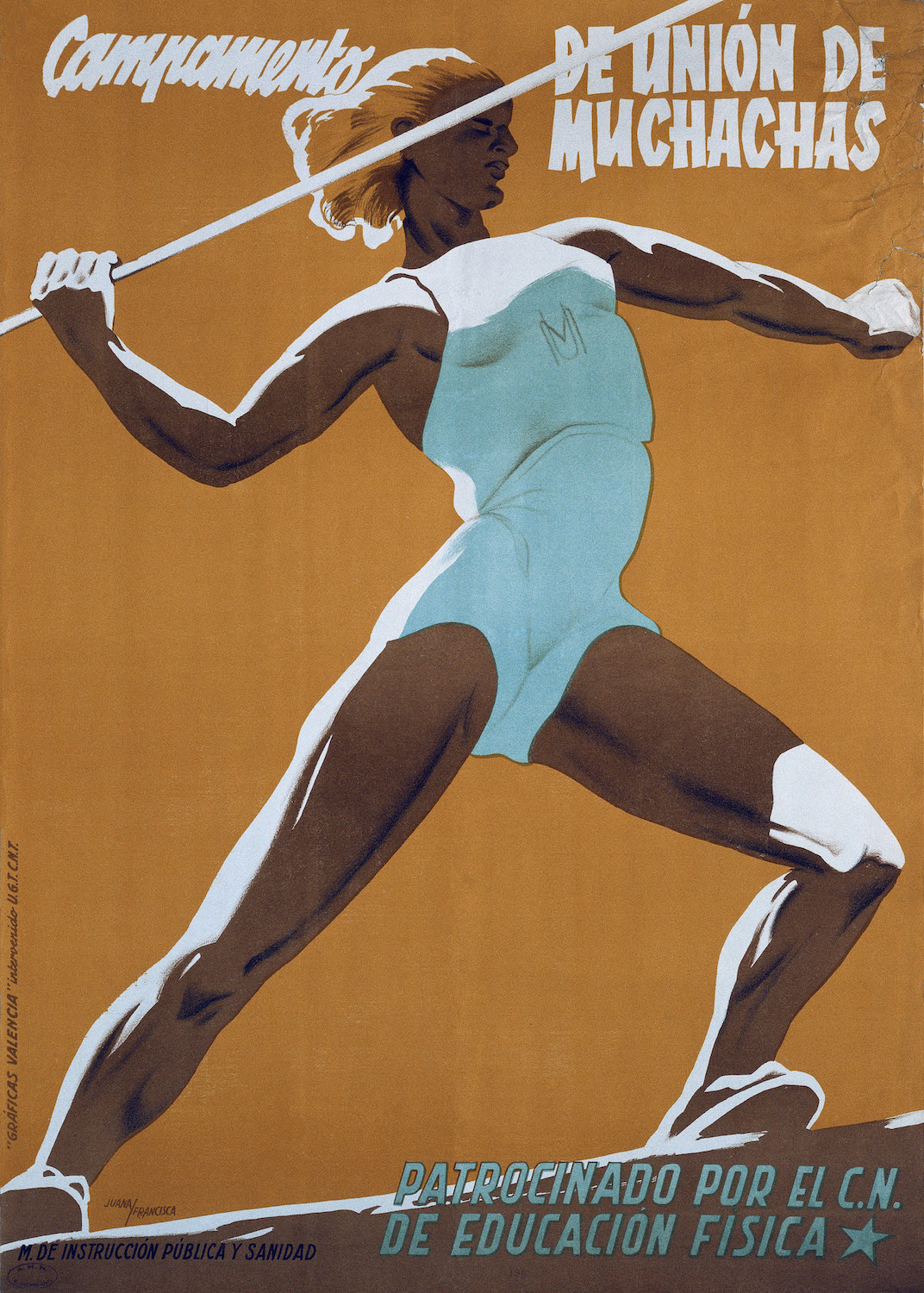 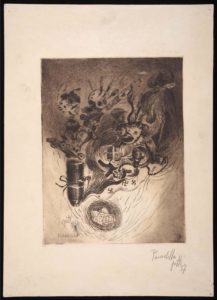 Nina Meisel1 has called 1937 “the year for women artists in Paris”. In general, the period between the two world wars saw an increasing recognition of the role of women in all spheres, including culture. Among other events that marked 1937 as a high point in this regard was the participation of women in the exhibitions and events of that year’s World’s Fair, the Exposition Internationale des Arts et Techniques dans la Vie Moderne held in Paris from May to November of 1937.
There have been many publications on the subject of the Pavilion of the Spanish Republic, which was conceived by Second Republic to represent Spain in Paris while the country’s Civil War raged at home.2 But there has been no specific research into the contributions of the (few) women artists whose work was included in the project.3 This paper focuses on exactly this aspect. To that end, it critically analyses the participation in the Pavilion of Francis Bartolozzi (1908-2004), Juana Francisca Rubio (1911-2008) and Manuela Ballester (1908-1994). The first two had work in the exhibition, and were the only two women among the 98 artists in total. Neither of them took part in the competitions in the Pavilion, but they were specifically invited to show their work.

We also feel that it is pertinent to examine the role of the artist M. Ballester in the organisation of the pavilion. M. Ballester grew up in a family of artists. Her father, brother and sisters were artists, and her mother was a dressmaker. A recognised painter, poster artist, photo-montage maker and illustrator, she was also a well-known political activist. An anti-fascist who supported the Republican cause, she belonged to the Communist Party of Spain.
Family members described her as someone who was “always working”, either on her own projects or on those of her husband, Josep Renau (1907-1982).4 As Cristina Martínez has pointed out, during the 1930s the amount of work J. Renau took on increased so much that M. Ballester must be considered to have helped him in his assignments. It has also been said that when J. Renau became head of the Dirección General de Bellas Artes in 1936, and was put in charge of the Spanish Pavilion at the Paris Exposition, M. Ballester shared in the administrative work and the selection of artists.5 Although we have not found any documentary proof of this, this kind of collaboration (neither recognised nor formalised) was undoubtedly routine for this couple. Why should we assume that they changed their habits for the preparation of the Pavilion? Their second child was born in March 1937, but M. Ballester always had to balance her artistic and political work with raising her children. She was able to do so because she could rely on the support network of her mother and sisters, who eventually acted as “nannies” for her five children.6 This allowed M. Ballester, who accepted responsibility for the work of reproduction and raising the family, still to dedicate herself to her intense political and artistic activity, in addition to helping her husband to advance in his career. 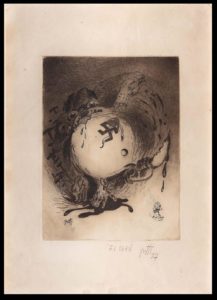 F. Bartolozzi was also born and raised in a family of artists. A painter, poster designer, printmaker and draughtswoman, she was well-known for her illustrations of children’s stories and comic books. She was very involved in Republican artistic and cultural activities, and designed the sets for the Misiones Pedagógicas with Pedro Lozano (1907-1985). During the Civil War she worked for the Altavoz del Frente, a propaganda arm of the Ministerio de Prensa y Propaganda de la República. At the Pavilion of the Spanish Republic in Paris, she presented a series of six prints called Pesadillas infantiles [Childhood Nightmares, 1937], and probably four drawings from the series Dibujos de la guerra [Sketches of War, 1937-1939], although the question of which ones has not yet been determined.7 The prints show the horrors of war from a child’s point of view. The composition is divided into two parts: the war, represented in hideous and dynamic ways using aeroplanes, bombs, ogres and swastikas; and male and female children dreaming of war – very small in size and at the margins of the composition. The Pesadillas infantiles, like the Dibujos de la guerra, represent a human account of the Civil War focused on the usually occluded viewpoint of women and children. 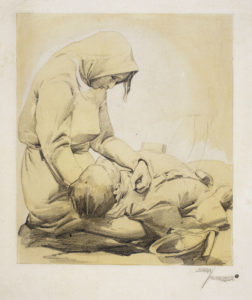 J. F. Rubio was a painter, illustrator and poster artist associated with La Gallofa, the art studio of the Juventudes Socialistas Unificadas youth organisation, which produced political material during the war. She belonged to the Unión de Muchachas and later the Unión de Mujeres Antifascistas. Many of the posters she designed during the war were about the role of women in the conflict. They emphasised the fortitude, courage and activism of the women they represented – characteristics attributed to women engaged in what might be considered part “rearguard” activities rather than frontline fighters, playing the traditional and stereotypical gender roles women were assigned to during the war, especially after the summer of 1936.
Similar themes characterise the work of J. F. Rubio that was shown in the Pavilion: the drawing Mujer abrazando a un soldado muerto [Woman embracing a dead soldier, 1937] and the untitled print (reproduced from one of her drawings) included in the publication Recuerdos de España that was sold at the Pavilion’s bookstore. J. F. Rubio was the picture book’s only woman contributor. Her drawing shows two women carrying a baby and a bag among a crowd fleeing the fighting. The bodies of the women in both drawings are strikingly strong and solid. They carry heavy loads and take up almost all the compositional space. These women are not defenceless; they know that they are vulnerable but they turn that vulnerability into power, and into a space of resistance and openness to others – a recognition that we are all interrelated and dependent, needing others to care for us if we are to survive. 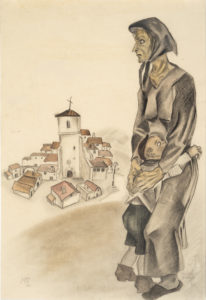 These same powerful and resilient women, able to carry heavy loads, also appear in F. Bartolozzi’s Dibujos de la guerra.8 They are similar in the way they represent deviations from and breaks with the modes of female representation that were hegemonic at that time – for the most part a propagandistic, patriotic and patriarchal idealisation of the figure of the heroic mother. The heavy-lifting women in J. F. Rubio and F. Bartolozzi’s drawings upend both the idealised images of women as defenceless and needing masculine protection, and the “fighting mother”,9 home-guard heroines whom all women should imitate. Instead, these pieces situate motherhood as a place from which politics emerges.
The work of both of these artists operates a transference in that they convey oblique ways of looking at war: situated and marginal stories that deviate from the tacit association between political resistance and manhood, thus broadening the artistic field of that time. This shift centres on the position of women because they are the ones who care for the living – a particularly important consideration in wartime – and also on the viewpoint of children.10 To make women present and give them a space for their voices, these artists pry open and expand the Civil War narrative and iconography. Their work allows us to see that everything that was once classified as female – such as women’s strategies of struggle and resistance – was not considered political until the blossoming of feminism, requiring that they be seen from a feminist angle. For all these reasons, we believe that their work was doubly political and doubly critical of both the fascist coup d’état that launched the war and modes of making “political art” based on masculine and hegemonistic positions.

The work that J. F. Rubio and F. Bartolozzi presented at the Pavilion placed caretaking – taking care of the living – at the centre, asserting the importance of such values as maternity, relationality and seeing the world through children’s eyes. However, these works should not be read from an essentialist standpoint, since we are not arguing that caretaking, empathy and concern for children are female attributes. They are basic concerns for everyone in any society and should occupy a fundamental place in our culture, which is still not the case because they have been traditionally associated with femininity, and the sphere of the feminine has always been considered marginal.
With their drawings, J. F. Rubio and F. Bartolozzi transcended gender differences and turned their “marginal” participation in the Pavilion into a situated and political positioning. This was a powerful intervention in the narrative of art during the Republic and the Civil War, whose high point was the Spanish Pavilion at the 1937 International Exposition.

1
Meisel, Nina, “1937: The year for women artists in Paris”, AWARE, online publication 10/07/2020, https://awarewomenartists.com/en/decouvrir/1937-lannee-des-artistes-femmes-a-paris/ [last consulted: 12/05/2021].
2
Among the literature dedicated exclusively to the Pavilion, the most outstanding is the work of reference by Josefina Alix. Also notable are publications that, while not exclusively focused on the Pavilion, make important documentary contributions. For example, Miguel Cabañas, Alix, Josefina, Pabellón español, exposición internacional de París, Madrid, Ministerio de Cultura, 1987; Cabañas, Miguel, Josep Renau. Arte y propaganda en guerra, Madrid, Ministerio de Cultura, 2007.
3
A 2015 article aimed to elucidate the reasons why so few women artists took part in the Republican Pavilion at a time when there were many remarkable women artists in Spain. Gaitán, Carmen, “Female Artists and the Spanish Pavilion in the International Exhibition in 1937”, Dissidences, Vol. 6: Iss. 11, Article 11. 2015 http://digitalcommons.bowdoin.edu/dissidences/vol6/iss11/11 [last consulted: 12/05/2021].
4
Testimony of Teresa Renau Ballester in the documentary film Manuela Ballester, el llanto airado (Giovanna Ribes, 2008).
5
Martínez, Cristina, “Compromiso político y social de Manuela Ballester. Vida y obra hasta el exilio (1908-1939)”, ASRI, no. 10, 2016, pp. 11, 19.
6
Miro, Santiago, “Manuela Ballester, ex mujer de Josep Renau”, Interviu, no. 337, October-November 1982, p. 43.
7
In a press interview, F. Bartolozzi refers to them as “four drawings of the rearguard”, adding that they were exhibited together with the Pesadillas in the basement of the Barcelona Museo de Arte Moderno in 1937. (Víctor Iriarte. “Picasso, Miró y… Francis Bartolozzi”, Diario de Navarra, 27 June 1996, I-III.) The catalogue of the exhibition curated by Josefina Alix at the Museo Reina Sofía in 1987 does not mention the presence of these four drawings in the Pavilion.
8
Garbayo-Maeztu, Maite. “Maternidad, arte y precariedad: estrategias desde la vulnerabilidad”, Arte y Políticas de Identidad, 2018, pp. 67-82.
9
Nash, Mary. Defying Male Civilization: Women in the Spanish Civil War. Denver: Arden Press, 1995.
10
Here it needs to be made clear that the Pavilion included numerous artworks whose main theme was the suffering of women (especially mothers) and children during the Civil War, some of them iconic, such as Horacio Ferre’s Madrid, 1937. Aviones negros [Black airplanes]. Still, most of them amounted to a paternalist and instrumentalised use of motherhood and childhood.

Maite Garbayo Maeztu is a postdoctoral researcher at the Arts and Humanities Department of the Universitat Oberta de Catalunya (UOC). Her work focuses on contemporary art and visual culture in Spain and Latin America, particularly during the twentieth century, and on its intersections with feminist and gender studies. She is the author of Cuerpos que aparecen: performance y feminismos en el tardofranquismo [Appearing bodies: Performance and feminism in the late Franco period, Consonni, 2016 and 2019], and is academic director of the MA degree programme in Artistic Practices and Cultural Studies: Body, Affects, Territory at Huarte Contemporary Art Centre, Universidad Pública de Navarra, and the Universidad del País Vasco.

Noemi de Haro García is a lecturer in art history at the Universidad Autónoma de Madrid. Her research focuses on the relationship between art, visual culture, art history and politics in the Cold War period, especially in Spain. She is the author of the monograph Grabadores contra el franquismo [Printmakers against Francoism, CSIC, 2010], co-editor, with Jacopo Galimberti and Victoria H. F. Scott, of the book Art, Global Maoism and the Chinese Cultural Revolution (Manchester University Press, 2019), and co-editor, with Patricia Mayayo and Jesús Carrillo, of Making Art History in Europe After 1945 (Routledge, 2020).

An article produced as part of the TEAM international academic network: Teaching, E-learning, Agency and Mentoring 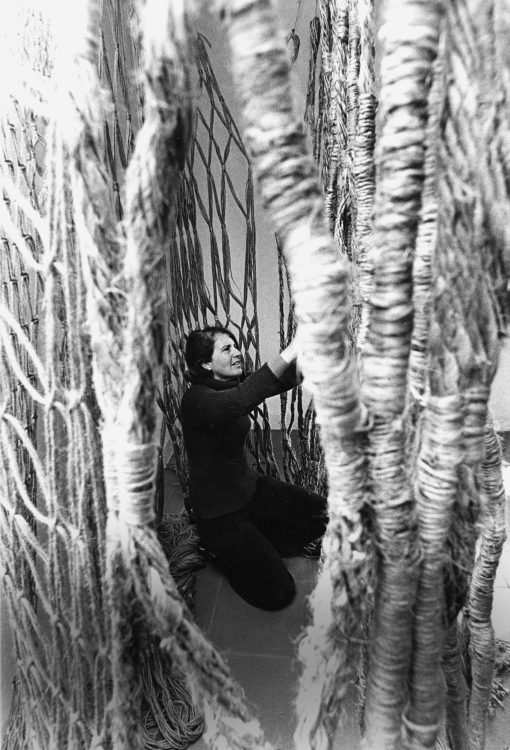 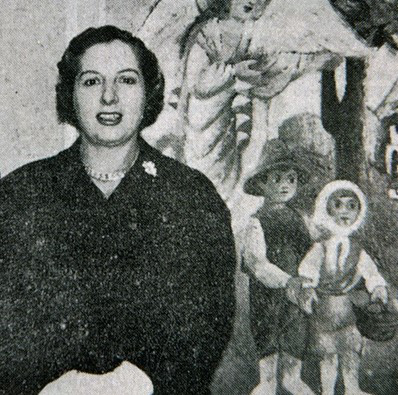