Lee Bul: The Topography of Utopia 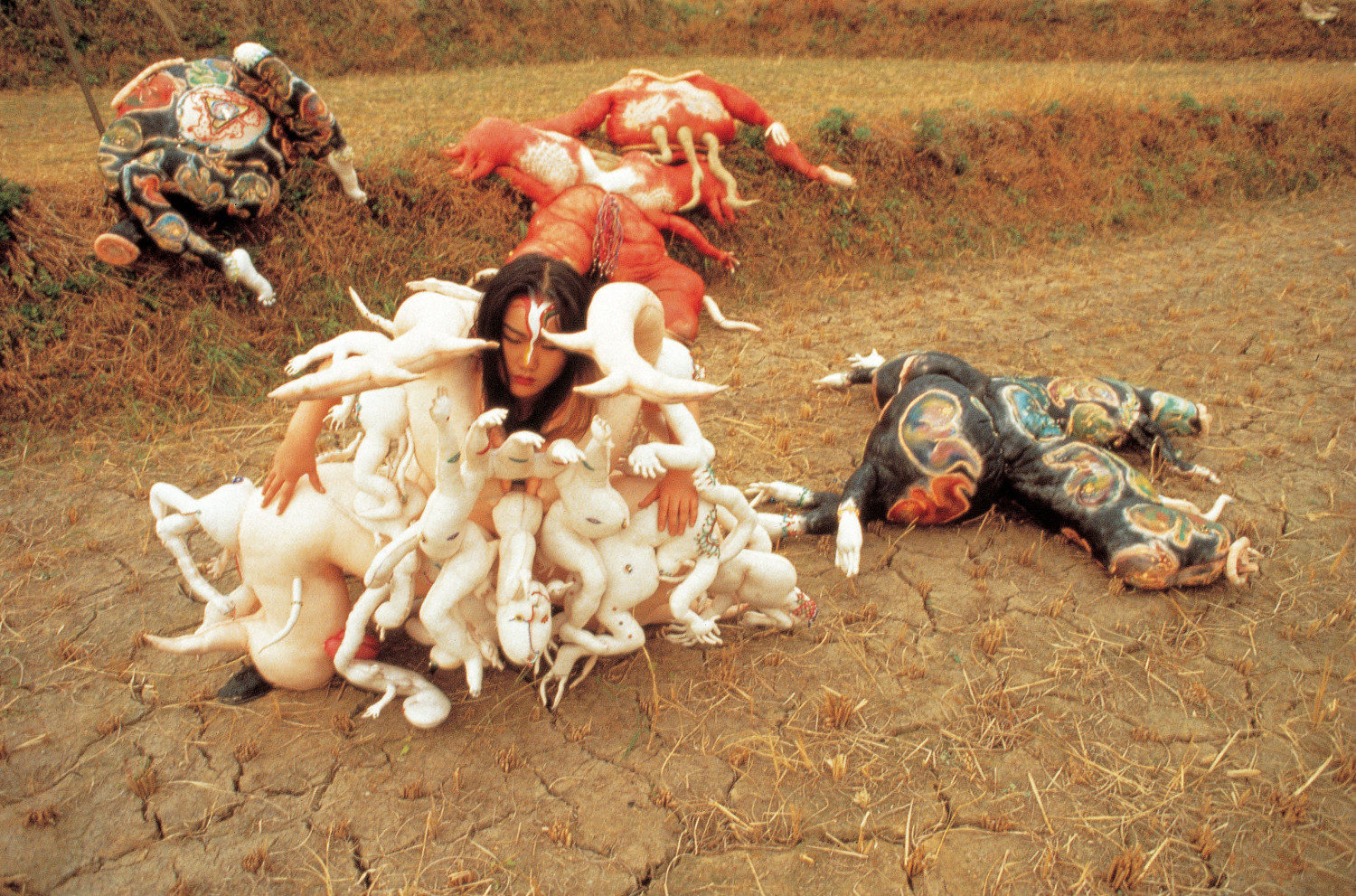 Twenty years after her nomination as a finalist for the renowned Hugo Boss Prize awarded by the Solomon R. Guggenheim Museum in New York, Lee Bul’s first retrospective is currently being held in Germany, at the Gropius Bau.

Born in 1964 in South Korea, L. Bul developed her practice in a politically charged environment. As she undertook her studies in sculpture at the Hongik University (Seoul), South Korea was experiencing a period of major change, transitioning from a military dictatorship to a democracy. Her parents are both activists, so it is not surprising that from the beginning she has questioned her country’s history and regime. 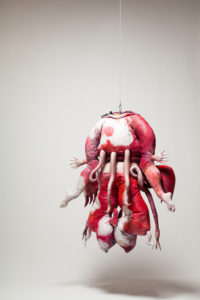 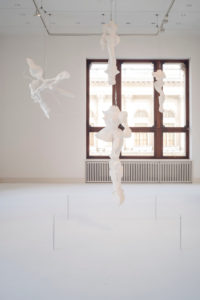 The Lee Bul: Crash exhibition retraces the endless quest of an artist deeply affected by the rifts in her society, detailing the many ways in which she has appropriated the major issues of her time. Organised around thematic points, it presents the progressive trajectory of her work and the coherency of her richly diverse and multidisciplinary corpus.

Although she studied sculpture, L. Bul began her career with public performance, making the body both subject and object of her work. At once provocative and brimming with humour, her works from this period focus mainly on the representation of women. Most notably, she denounced art’s idealisation of the body in a series of performances in which a fabric cocoon transforms her into a monstrous creature endowed with tentacular members. The more radical Abortion (1989) affirms the artist’s political commitment, as she hangs naked and bound for two hours, thus materialising the difficulty of obtaining an abortion, which remains illegal in South Korea.

From the affirmation of the body as a site of freedom to the female body as a nursery for utopia, the visit, reflecting L. Bul’s work itself, progresses towards the quest for a futuristic form of beauty. The Cyborg (1997–2011) series, hanging from the ceiling in this iteration, considers the eternal pursuit of perfection through a hybrid woman (half-human, half-machine). 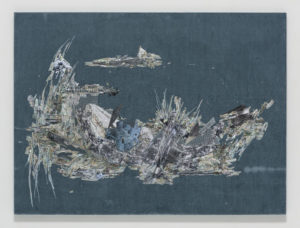 She has also explored this desire for the beautiful and transcendental more recently, using installations and sculptures to question modernist utopias. Stephanie Rosenthal, the curator of the event and the new director of the Gropius Bau, has chosen to document the processes of the artworks presented, highlighting the artist’s undeniable talent for drawing. Delicate, refined, and ethereal, her preparatory sketches are doubtless the exhibition’s biggest surprise, revealing the meticulous nature of her work and representing her problematics in their own right. 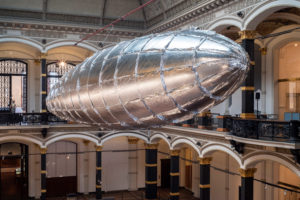 For about ten years now, L. Bul has tended to favour sculptures on a human scale or larger, monumental works. It is with these that the exhibition concludes, showing the outcome of nearly thirty years of artistic exploration and incorporating all of the themes explored by the artist. Her monumental landscapes thus become mediators between the body, the primordial site of enquiry of her work, and architecture, the object of all utopia.

How to cite this article:
Sarah Caillet, "Lee Bul: The Topography of Utopia." In Archives of Women Artists, Research and Exhibitions magazine, . URL : https://awarewomenartists.com/en/magazine/lee-bul-topographie-des-utopies/. Accessed 3 December 2022