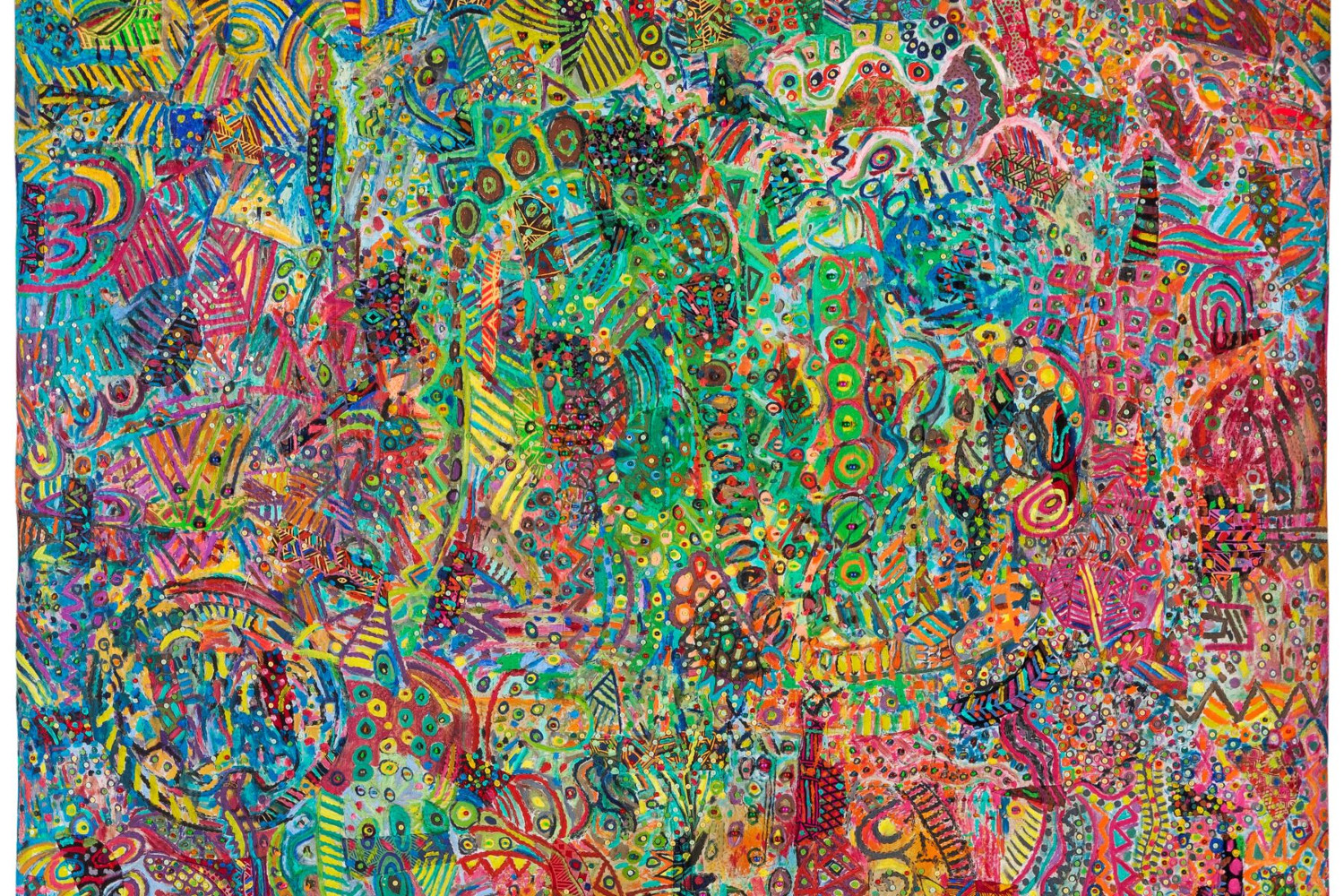 Conceived by Spike Island and Pio Abad – the artist’s London-based nephew who is also an artist – Life in the Margins is the first exhibition dedicated to the work of Pacita Abad (1946-2004) in the United Kingdom. Featuring textile works from 1983 to 2002, the display and the subject matter invite us to re-examine the variations in Abad’s work in the light of a retrospective reading: they politicise the narrative. Here, multiculturalism and artistic voices that carry forgotten stories are highlighted. 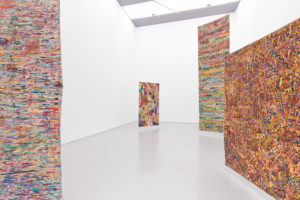 One may consider P. Abad’s originality that distinguishes her from, for example, Faith Ringgold (born 1930) who became particularly recognised in Britain after her 2019 London retrospective. Another consideration would be to remove P. Abad’s production from the decorative sphere in which the abundance of motifs, repeated ad infinitum on various supports, could confine her. The Spike Island exhibition provides answers that overcome these possible reservation. The public is invited to wander clockwise around a central room that houses later works. This circular path reveals a narrative, showing an intense and figurative body of work, while the central room brings together more abstract compositions produced by P. Abad when she was ill and confined to her studio. The path suggests a dichotomy between narrative (circular) and abstract (central) forms. It is the interweaving of these aspects that are what is most fascinating in P. Abad’s work. 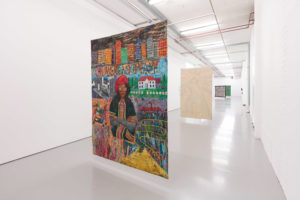 Her approach, her use of sewn and painted textiles, sometimes rendered pictorially – evident in pieces dating from the 1990s – sometimes assembled – as can be seen in later works – are highlighted through the exhibition display. It allows visitors to see the fragility of the support and the extreme finesse: the works are suspended and move with the air. The presentation of both sides of the works doubles the interest. The reverse side reveals the abstraction or the weaving of a narrative that is represented on the front. The path the visitor takes is brought to life. The ensemble reveals a dazzling production: joyful because of its colourful, courageous because of its commitment. 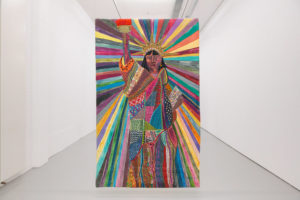 The curators of the exhibition have made a selection from P. Abad’s prolific body of work in order to organise it around themes, risking the imposition of an overly interpretative framework. The result is exciting. The pieces presented are an invitation to discover, or rediscover, an artist who is completely distinct from tutelary figures.

How to cite this article:
Juliette Milbach, "Pacita Abad: Commitment to the Studio." In Archives of Women Artists, Research and Exhibitions magazine, . URL : https://awarewomenartists.com/en/magazine/pacita-abad-de-lengagement-a-latelier/. Accessed 27 January 2023