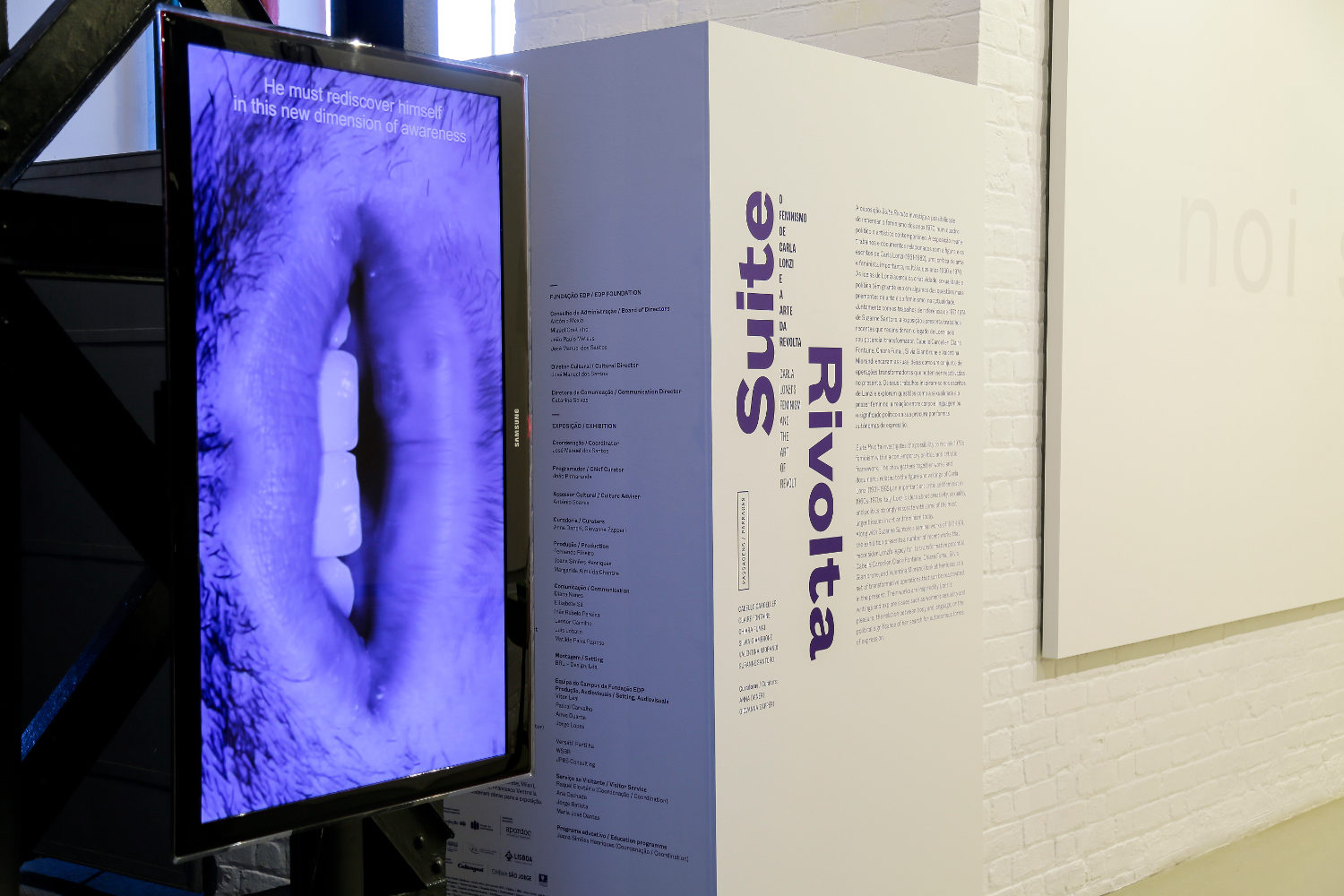 “Woman’s difference is her millennial absence from history” 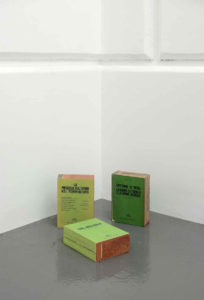 This is what Carla Lonzi wrote in Sputare su Hegel, a good 45 years ago, in a famous passage in which she claimed that it was the difference between men and women, and not equality, that needed to be asserted. It’s fascinating to see to what degree we now need to re-examine the foundations of what we call radical feminism. Recently, a good number of exhibitions have been reminding us of the impact that Carla Lonzi’s writings have had on the development of feminism. Her importance, as an art historian but first and foremost as a champion of the creative autonomy of women, had already been re-established during WACK!: Art and the Feminist Revolution, Moca’s famous Los Angeles exhibition in 2007. Since then, her writings have been republished, translated, and often revisited by the art world where two essential aspects of her work have been highlighted: physicality, and what she called “subjective sexuality.” The Suite Rivolta: Carla Lonzi’s feminism and the art of revolt exhibition, which opened in Lisbon on October 15 at the Museu da Eletricidade, seeks to illustrate the relevance of a feminist re-reading of art history. The title is taken from the group Carla Lonzi founded in 1970, Rivolta Femminile, as well as the book publisher of the same name that released many of her manifestos and essays, which have now become seminal feminist texts: Sputare su Hegel (“Spitting on Hegel”), a denunciation of patriarchal ideology, La donna clitoridea e la donna vaginale (“The clitoral woman and the vaginal woman”), which deals with feminine sexuality as distinct from male pleasure. 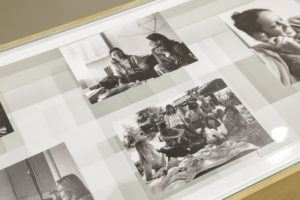 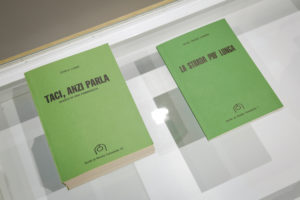 At the time, her writings particularly influenced the work of Suzanne Santoro and Carla Accardi. More recently, several artists have become inspired by Carla Lonzi’s work and have provided new interpretations that give us a contemporary practical and theoretical take on her ideas. For example, Chiara Fumai, in her Shut up, actually speak performance, explicitly refers to the well-known Taci, anzi parla. Diario di una femminista (1978); Claire Fontaine pays tribute to Carla Lonzi in her Untitled (We re all clitoridian women) and 3 Brickbats (bricks wrapped in book dustcovers), “petrified” books inspired by the Rivolta Femminile publications. Artworks by young artists such as Cabello|Carceller, Silvia Giambrone, and Valentina Miorandi, who explore the relationships between sexuality and the patriarchal system, between body and language, show how relationships between artistic practice and feminism remain important subjects of inquiry.