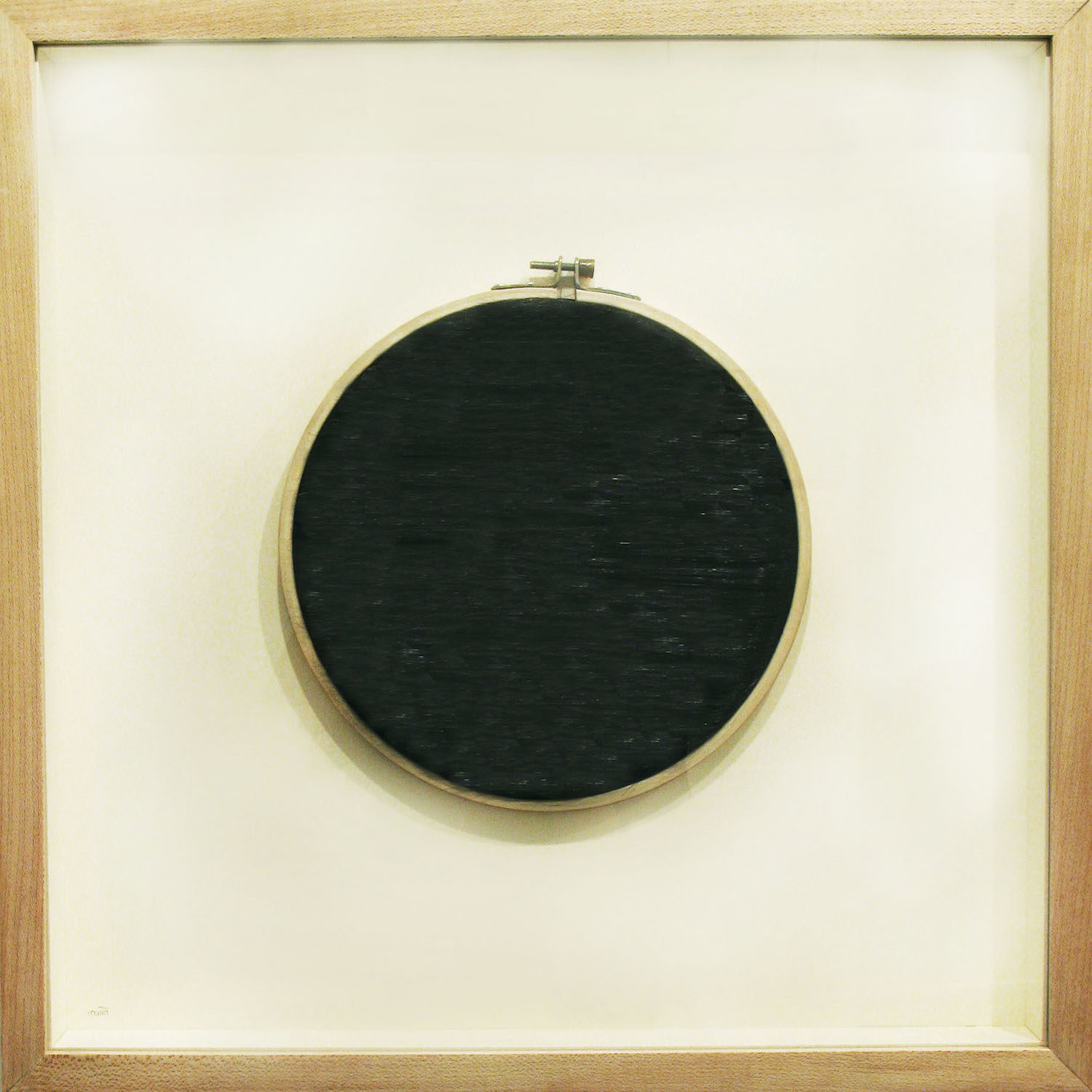 Ghazaleh Hedayat, Tight or Loose Hair from the series The Strand and The Skin, 2008, human hair and fabric hoop, 40 x 40 cm, Courtesy of the artist

In a series of photographs and assemblages produced between 2008 and 2019, Iranian visual artist Ghazaleh Hedayat (b. 1979) examines the body as a tactile object that can be acted upon. This article explores a selection of her works in which she visually evokes a notion of the haptic, discussing how she challenges optical encounters with her art.

According to A Dictionary of Psychology, the haptic is a major form of touch “involving active exploration, usually by the hands”.1 In her books Touch: Sensuous Theory and Multisensory Media and The Skin of the Film: Intercultural Cinema, Embodiment, and the Senses, Laura U. Marks draws on the concepts of embodiment and haptic to present a complementary approach for discussing contemporary cinematic and new media works. She argues the vision can be tactile, coining the term “haptic visuality”. L. U. Marks contrasts this model with disembodied optical visuality, where the viewer maintains a distance between themselves and the object they view. In optical visuality, perception relies on the eyes, and it is mainly gained through the sense of sight. But in haptic visuality the vision becomes embodied, and “the eyes themselves function like organs of touch”.2 According to L. U. Marks, when images are textured, they recall the sense of touch and other embodied senses. Thus, they bring the viewer closer to images and lessens the distance between the subject and the object. Textured images make the eyes move on the surface rather than focus, and the eyes are “inclined to graze than to gaze”.3 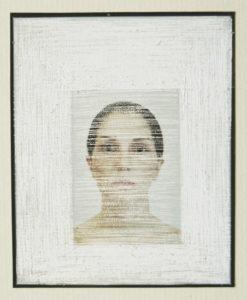 Ghazaleh Hedayat, Contact from the series The Strand and the Skin, 2008, Scratched C print, 7 x 6 cm, Courtesy of the artist

G. Hedayat photographs her body parts in close-up, deploying fragile materials such as nylon stocking fabric, parchment, and human hair in her assemblages to recall the skin and evoke the haptic visuality. For example, the assemblage Tight or Loose Hair in Strand and the Skin series (2008) feature compact strands of hair stretched across an embroidery hoop. The hoop keeps hairs taut, turning them into a fabric ready for needlework by hand. But this hoop is hung on the wall only to be seen. It is kept out of the reach of hands, like the other work of this series The Sound of My Hair. This work is a 5 × 10 cm piece made out of four strands of G. Hedayat’s own hair nailed directly on the wall of the gallery. The strands resemble the strings of a musical instrument, tempting the audience to strum or pluck them with fingers. By feeling the tactile temptations, the audience is drawn closer to G. Hedayat’s body. Meanwhile, they understand the impossibility of such closeness because the works are out of their reach. In two groups of works in this series, Contact and The Paper and the Skin, G. Hedayat shows the images of her self-portrait and skin scraped off with a sharp tool. The roughness of such tool scratching the fragility of paper and skin evokes tactile responses in the audience. 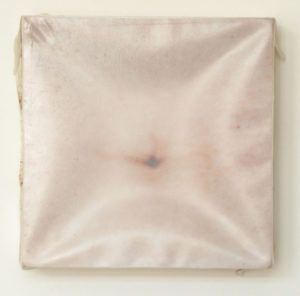 Producing haptic sensations can be seen in another series, The Crust (2012). Here, materials such as nylon stocking fabric and parchment are used to resemble skin. G. Hedayat underlines the tactility of skin by covering the images of navel, crotch and skin with wrinkled parchment or nylon fabric. This rendition helps her bring the viewer’s attention to the surfaces of the photographs and the vulnerability and fragility of skin. By using the materials that cannot conceal the images they cover, she also rediscovers and deconstructs the function of skin as the separator of interior and exterior; the determinant of what is visible and what is invisible. 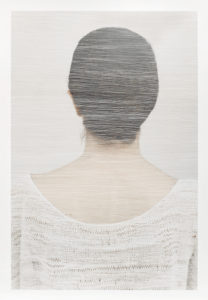 In her latest series, repetition (2019), she returns to the technique of scraping off photographs. But in this series larger photographs are used. Not only does this technique intruige audiences, who want to touch the works, but also it can be regarded as a form of self-discovery for the artist. In fact, the act of removal, scraping and defacing the photographs, serves as a tool to go beyond the surface covering the depth, exploring the inner being hidden beneath the skin. G. Hedayat scratches the photographs representing her skin, face, and the back of her head and shoulders in a way to create vertical and horizontal grains. It is not clear, however, if the photographs are wrapped with threads that go along or across the length of them, or thread-like lines have been removed from the photographs. These works make what is present confront what is absent. They imply that the artist’s hands can reveal what cannot be captured by the camera’s eye.

Ghazaleh Hedayat is an Iranian visual artist who works primarily with photography, creating videos and mixed media assemblages. In 2002 she earned her BFA in Photography from Azad University in Tehran, and in 2005 she received her MFA in New Genres from San Francisco Art Institute. Hedayat lives and works in Tehran but has shown her work across the Middle East, in Europe, and the United States.

Somayeh Noori Shirazi is a PhD candidate in Art History, Design, and Visual Culture at the University of Alberta, Canada. She is interested in the visual strategies applied by Middle Eastern women artists to challenge the stereotypical representation of Muslim women in the west. Her dissertation, which she is currently working on, analyses how three Iranian women artists apply such visual strategies to shape a new understanding of female subjectivity and the embodied self in their artworks.