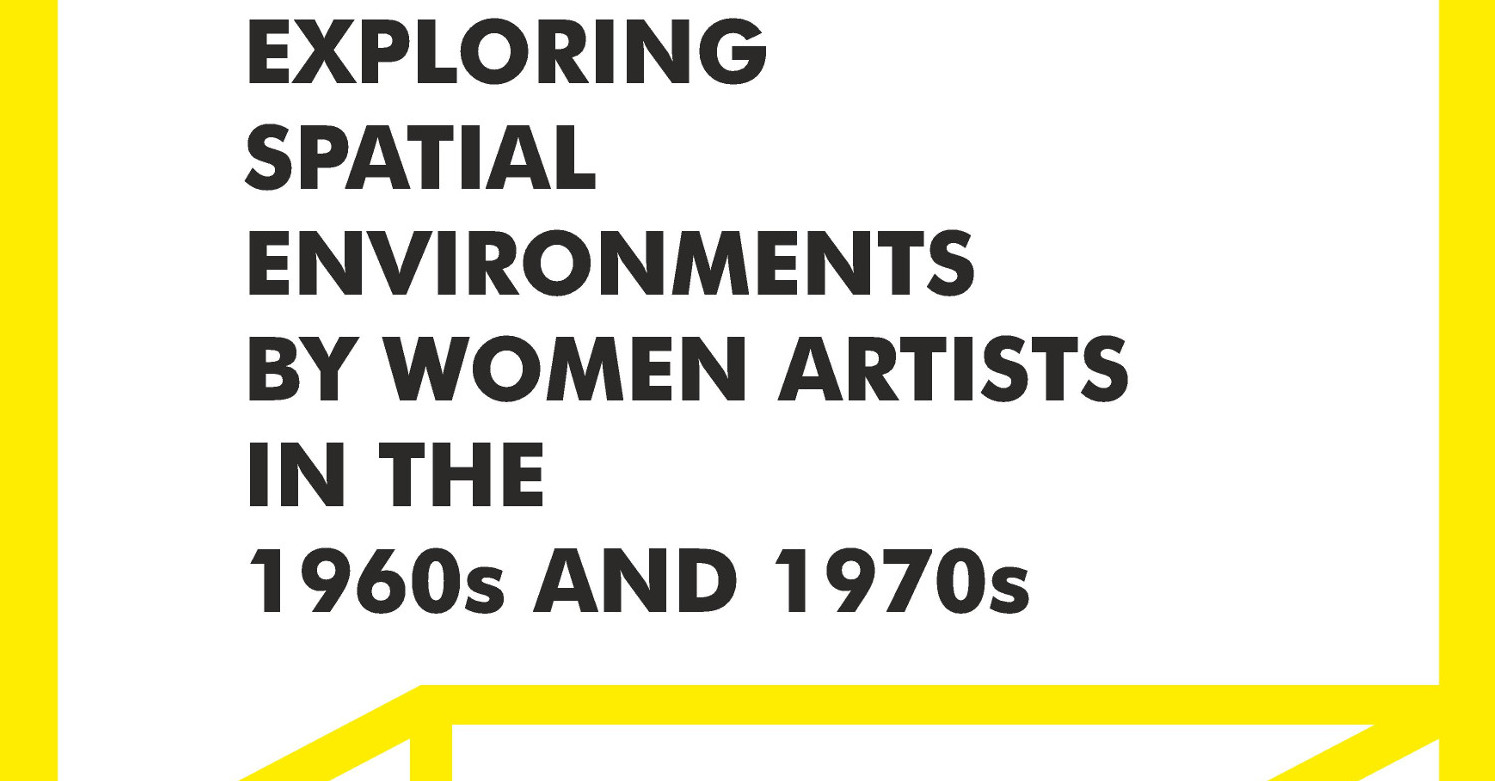 About the project
The international conference Penetrable / Traversable / Habitable: Exploring spatial environments by women artists in the 1960s and 1970s is a joint initiative of the association Archives of Women Artists, Research and Exhibitions (AWARE) in Paris and the Institute of Art

History of the NOVA University in Lisbon. This event is inscribed in AWARE´s mission to make space for 20th century women artists by contributing to the writing of new art historical narratives through publications, conferences, exhibitions and the gathering of documentation on artistic practices. In parallel, this conference is part of the IHA Contemporary Art Studies Group´s research focus on spatial practices and exploration of zones of intersection between contemporary artistic production and processes of geographical, historical, political and cultural inscription.

Penetrable / Traversable / Habitable: Exploring spatial environments by women artists in the 1960s and 1970s
In a 2010 text discussing the “penetrable structure” in the work of Latin American artists Lygia Clark, Gego and Mira Schendel, curator Luis Pérez-Oramas proposes two exploratory categories to distinguish heterogeneous spatial articulations that suggest or invite penetration by the public in the context of 1960s Latin American Art. The first would be a “formal” category, including works such as Carlos Cruz Diez´s Cámeras de cromosaturación (since 1965) and Jesús Rafael Soto´s Penetrables (since 1967). “What prevails in the first category”, writes Pérez-Oramas, “is the sensory ascertainment of the form´s conversion from pictorial to spatial”. In the second category, called “existential” – including iconic works like Tropicália (1967) by Hélio Oiticica and Lygia Clark´s A Casa é o corpo: Penetração, ovulação, germinação, expulsão (1968) – “…the body, using its experience as the tactile receptor of its own physical reality and limitations, identifies the work as a habitable, penetrable form or space.” (Luis Pérez-Oramas, “Abstraction, Organism, Apparatus: Notes on the penetrable structure in the work of Lygia Clark, Gego, and Mira Schendel”, in Modern Women: Women Artists at the Museum of Modern Art, New York, MoMA, 2010, 318-320)
Critically drawing on this preliminary distinction while expanding its exploratory scope to a variety of geographical and cultural areas of artistic production, this conference aims to create a forum for discussing, in a cross-cultural perspective, spatial environments realized by women artists in the 1960s and 1970s. Challenging examples include, among many others, La Menesunda, created by Marta Minujín and Rubén Santantonín in Buenos Aires in 1965, Lea Lublin´s Penetración Expulsión (1970), as well as Tania Mouraud´s meditation rooms and Carla Accardi´s tents, realized since the late 1960s in France and Italy, and Túlia Saldanha´s black rooms, created in Portugal in the early 1970s. The heterogeneous qualities of these environments, their very diverse functioning, different aesthetic as well as cultural and political inscriptions, suggest the need to expand and rethink Pérez-Oramas´ distinction. In this sense and in the context of feminist art historical scholarship this conference seeks to encourage the articulation of new exploratory categories potentially capable of apprehending the works´ singularities as well as questioning the common threads that could connect them to other practices.