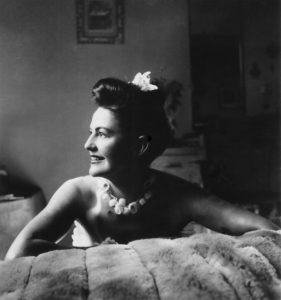 Hoping to disarrange the landmarks of her biography, Alice Rahon said she was born in 1916 in Brittany, where she spent her holidays. Of all of her names, she kept only the first, in homage to a heroine from a Lewis Carroll novel, whom she identified as, in one of her rare self-portraits (Self-portrait, 1951). Rahon is her mother’s maiden name, which she adopted in 1947 after her divorce from the Austrian painter Wolfgang Paalen, whom she had met in 1931. All of her poems were published under her married name. In 1936, she released her first collection of poems, À même la terre, published by the Éditions surrealistes, which caught the attention of André Breton. In 1938, after a long journey in India, where she met the poet Valentine Penrose, she published another collection, Sablier couché. In 1939, she embarked on a long journey in North America on the path of totemic art with her husband and their friend and patron, photographer Eva Sulzer (1902–1990). At the outbreak of World War II, the trio was in Mexico. The young woman published Cristaux d’espaces (1942–1946),  poem-paintings and gouaches in the magazine Dyn, founded by her husband.

Her last collection of poems, Noir animal, was published in 1941. In her newly adopted country, Mexico, after the war, she developed a pictorial art between abstraction and figuration, similar to that of Paul Klee and Joan Miró. Her magical and primitive universe, often painted in an extremely luminous blue, as in La Ballade pour Frida Kahlo (1956),  creates a marvellous geography in which birds become islands (Oiseau sur la ville, 1943), rivers become partitions (Le Fleuve Papaloapán, 1947), and women become volcanos (La Femme qui neige, 1945), amongst other unpredictable metamorphoses. In 1946, she created a ballet with marionettes, Le Ballet d’Orion, which was never played during her lifetime. She stopped all artistic activity after 1975. The Museum of Modern Art of Mexico presented a large retrospective of her work in 2009. 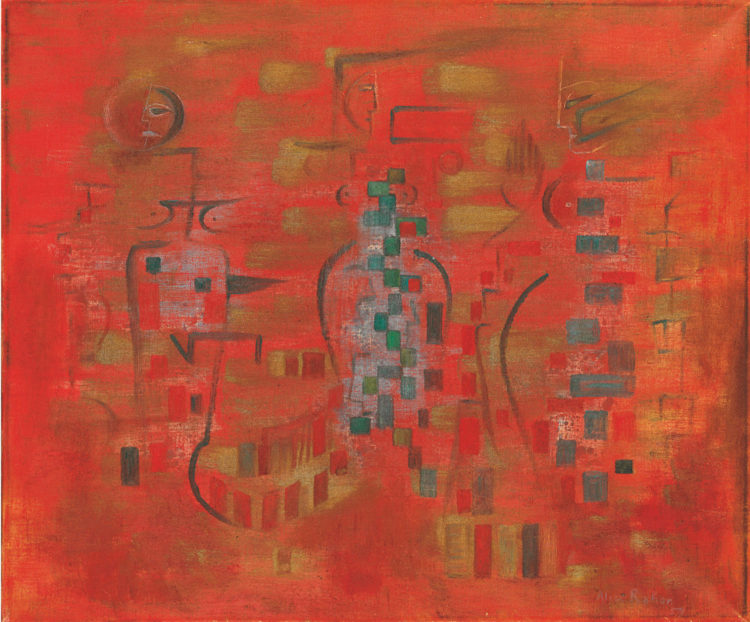 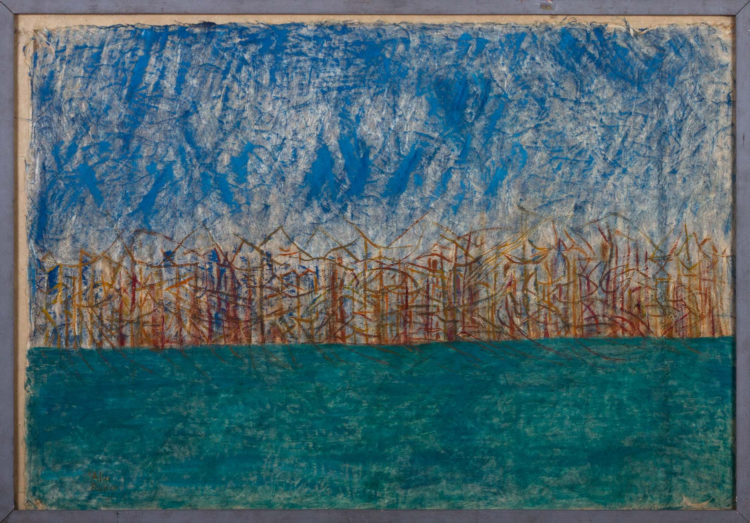 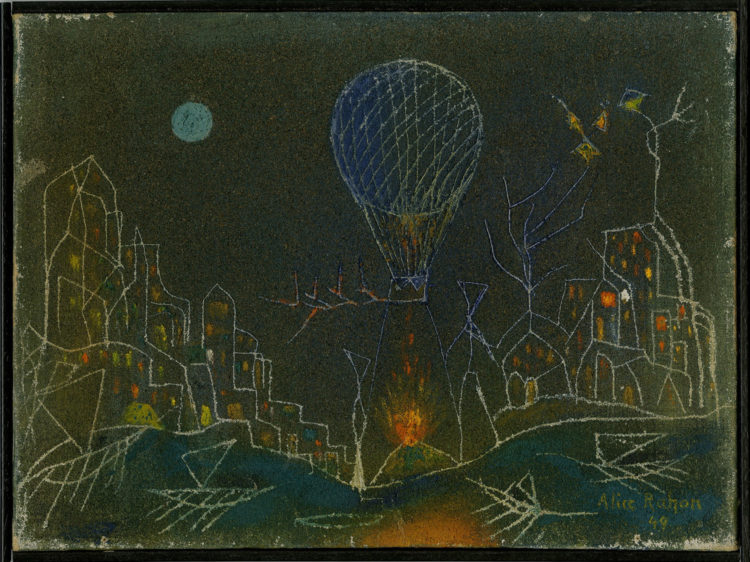 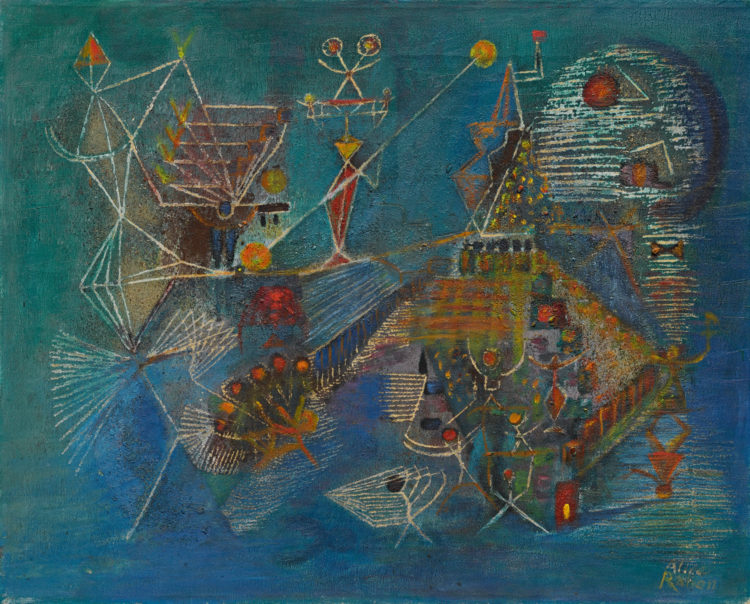 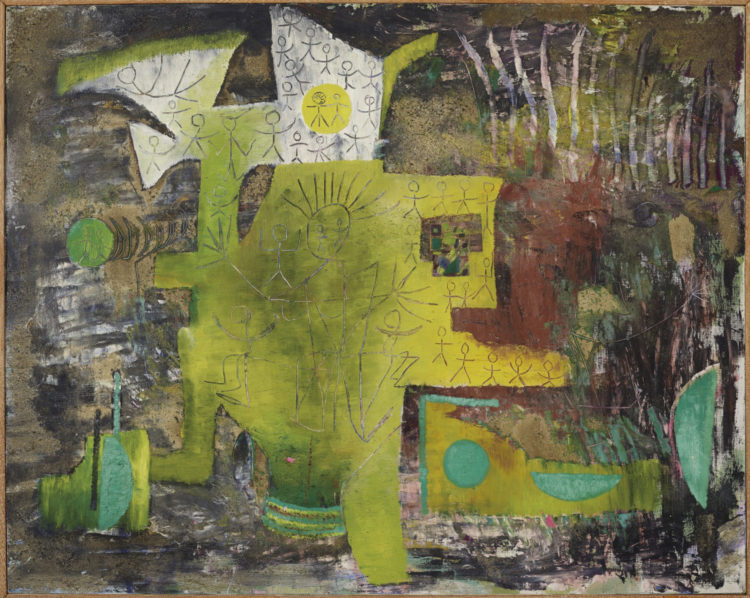