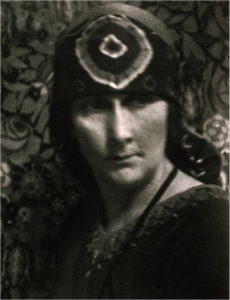 Anne Nott was born in Hawaii to a family of British missionaries, who then moved to California when she was 16 years old. In 1894 she married a captain of the merchant navy, Martin Brigman, whom she would often accompany on his journeys. Gifted with an artistic temperament, Brigman trained as a painter before turning to photography in 1902. She was noticed by Alfred Stieglitz (1864-1946), who published her photographs several times in Camera Work, and in 1906 joined his group Photo-Secession, of which she was the only member from the West Coast. She created strong, subtle images that combined Californian nature and feminine beauty.

Her powerful, unaffected women echoed the ruggedness and simplicity of the landscapes where the artist had them pose. She used lighting effects to dramatise scenes, also reworking negatives by hand, as in The Heart of the Storm (1902, printed in 1914), in which a tree, ripped apart by a violent storm, reveals a female angel protecting a scared young woman. Pictorial and poetic influences are closely combined; photography creates a symbolic world far removed from the simple exact reproduction of reality it is expected to provide. In 1929 A. Brigman settled in Long Beach, California, where she made a series of photographs dedicated to the effects of wind and sea on the erosions of the sand. A collection of her poems and photographs, Song of a Pagan, was published in 1950, a year before she died. 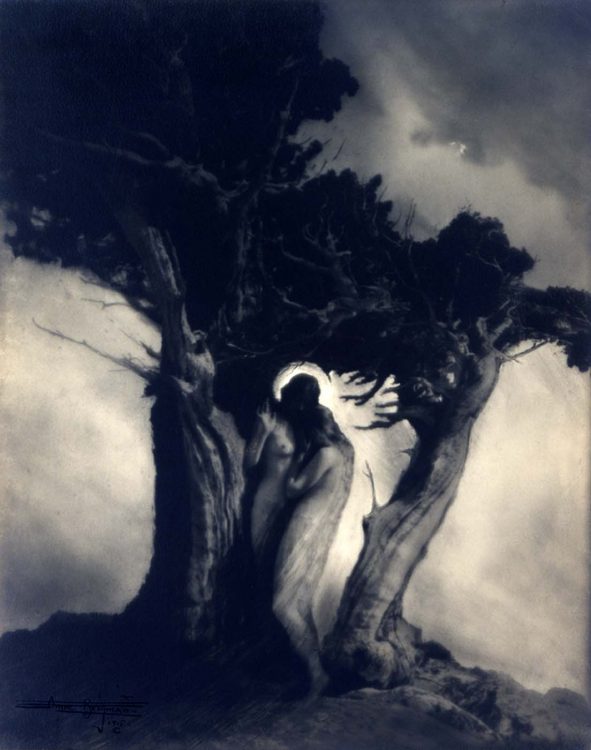 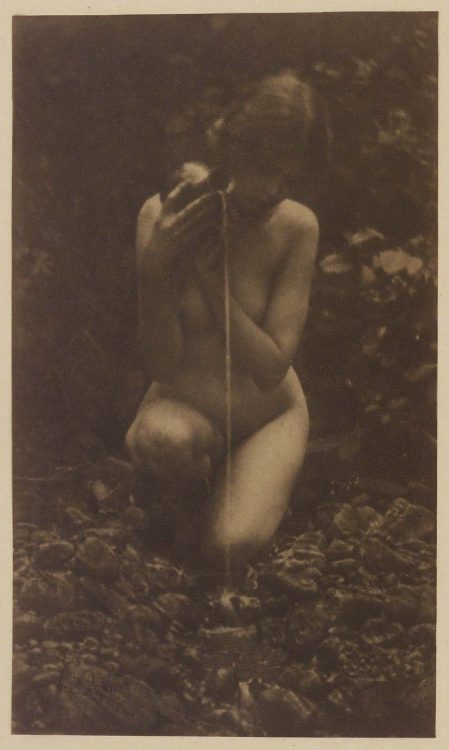 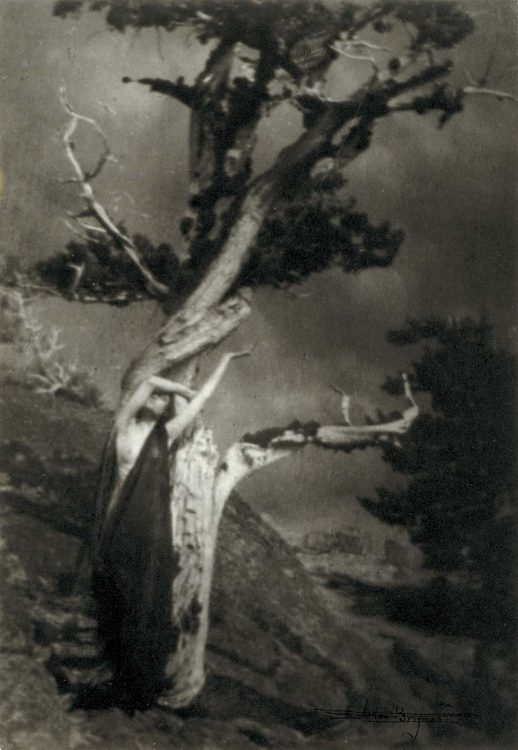 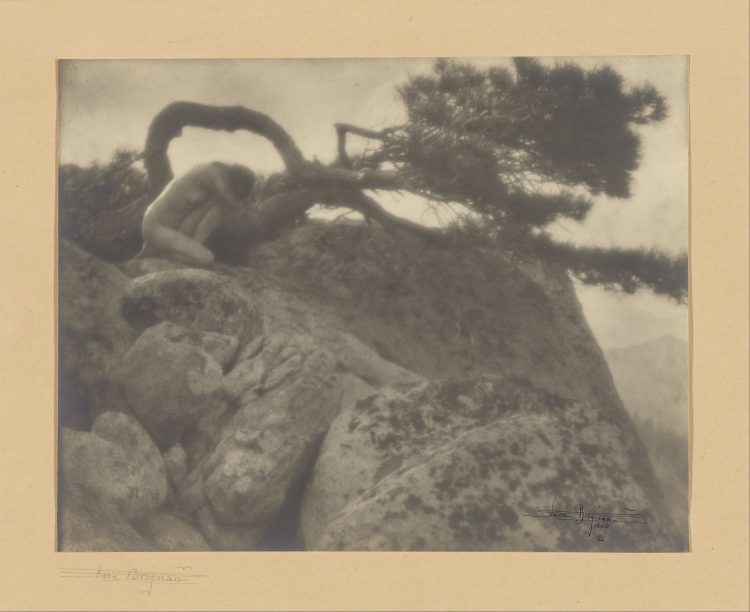 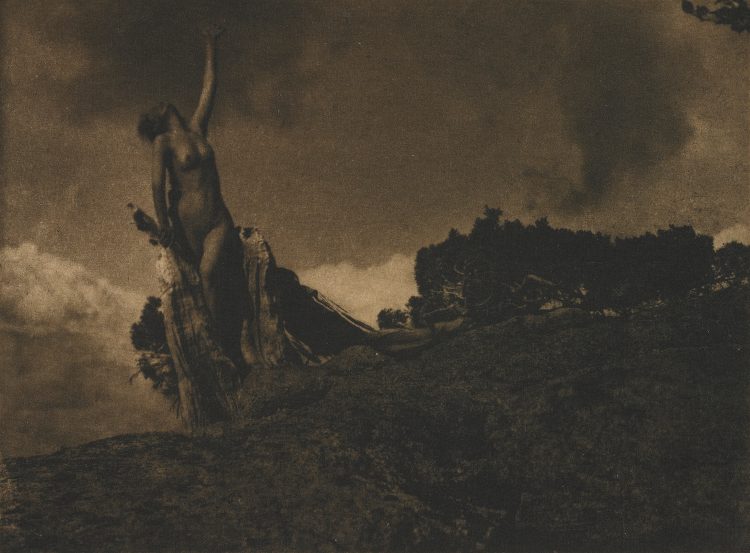 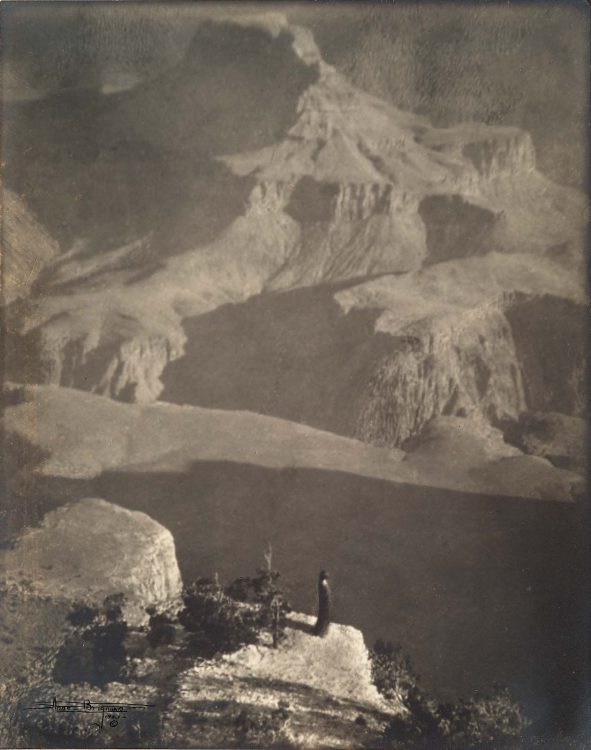 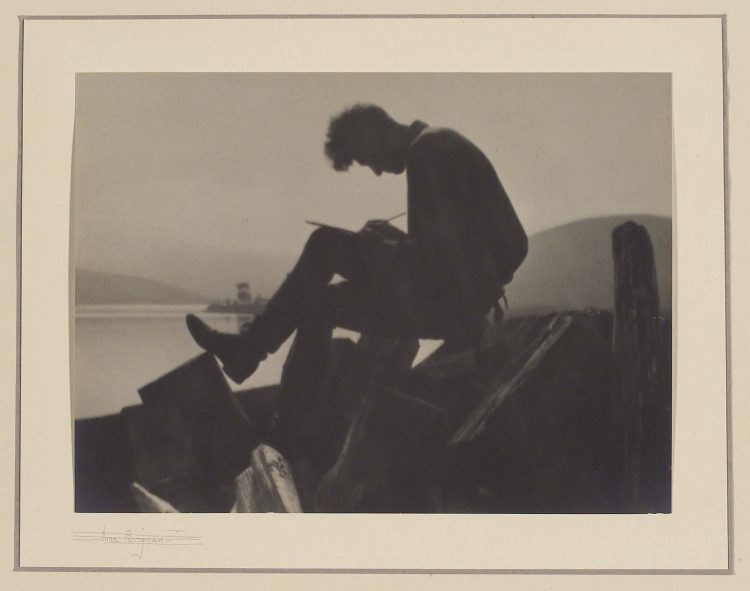