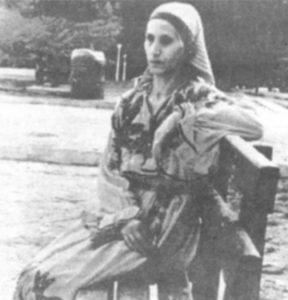 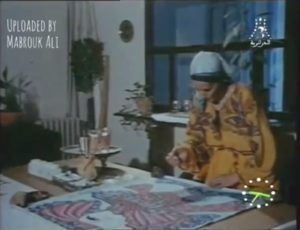 Baya Mahieddine (1931 - 1998). The Young Artist Who Inspired Picasso
Link
→ Works by the artist in the French public collections of the Videomuseum network

Born in Algeria in a poverty-stricken Kabylian region and orphaned at the age of five, Baya was taken in by Marguerite Caminat, a French painter living in Algiers, when she was twelve. There, she began to paint gouaches and sculpt with clay. Marguerite gave some of the young artist’s works to Jean Peyrissac, who in turn showed them to Aimé Maeght during his visit to Algiers. Maeght organised an exhibition of her work at his gallery in 1947, which caught the attention of the Surrealists. In 1948, Baya worked on pottery and ceramics at the Madoura workshop in Vallauris, where she met Picasso. She then moved on to gouache painting on paper. Young girls in flowery dresses, the plumages of multi-coloured birds, and the confusion of the two are recurring motifs in her work. The gentle intermingling of shapes, exuberance of colours, and repetitive effect from one painting to the next are what give her work such marvellous strength and a dreamlike quality. Baya’s signature has since become associated with Arab “mystery” in the orientalist discourse, and with the “naïve”, “primitivist” and “art brut” categories of art history.

The artist has evoked some of her sources of inspiration: Caminat depicted women, flowers and birds, and also owned paintings by Braque and Matisse; as for the colours she used, they are reminiscent of the colourful clothes worn by women in Kabylia. In 1953, Baya married the musician Mahfoud Mahieddine and moved with him to Blida, where they had six children. In 1963, after the Algerian Independence, the curators of the Algiers Museum of Fine Arts acquired some of her early works and encouraged her to resume painting. She began to paint her customary themes and colours onto increasingly large formats, adding to them objects that had become familiar to her, such as musical instruments, and outlining her figures more and more heavily. And in the shadow of her plant-like women, a book appeared: the Koran. 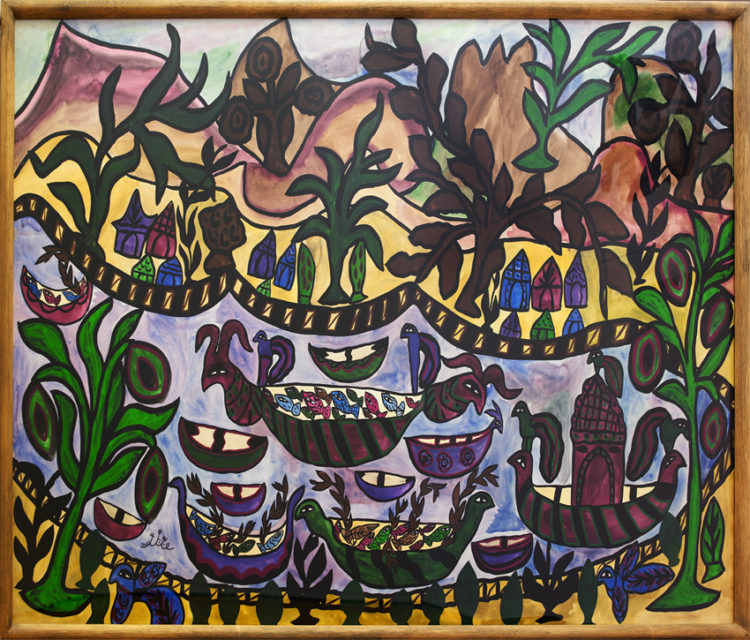 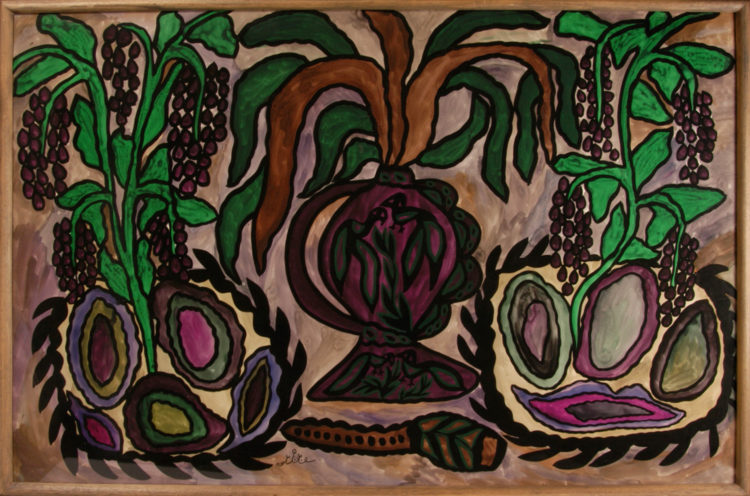 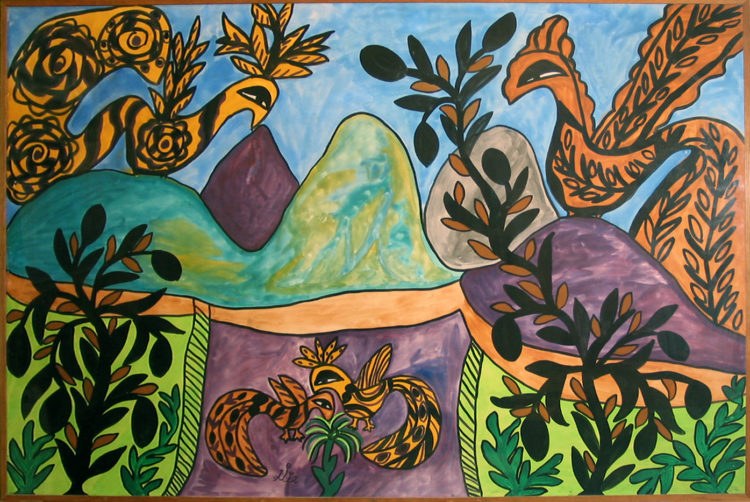 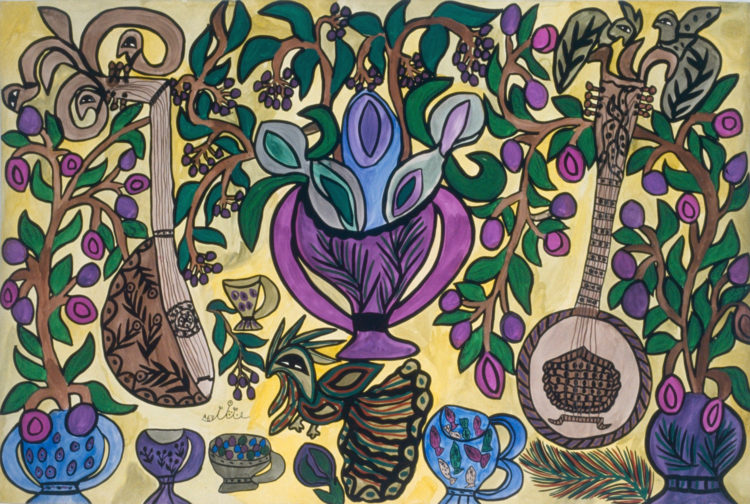 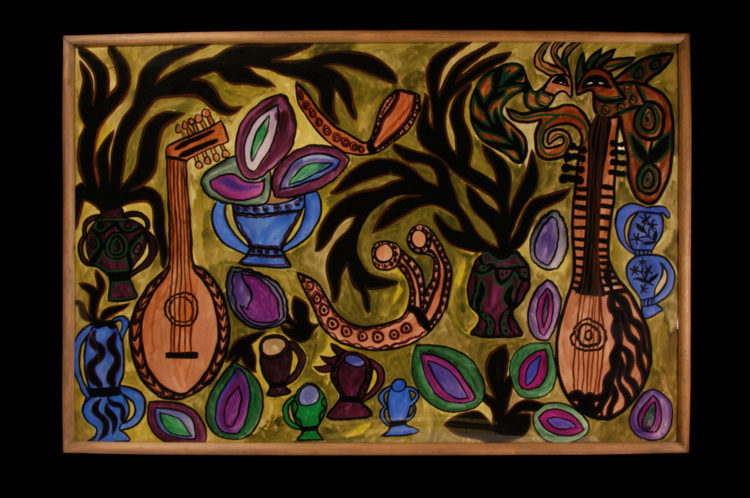 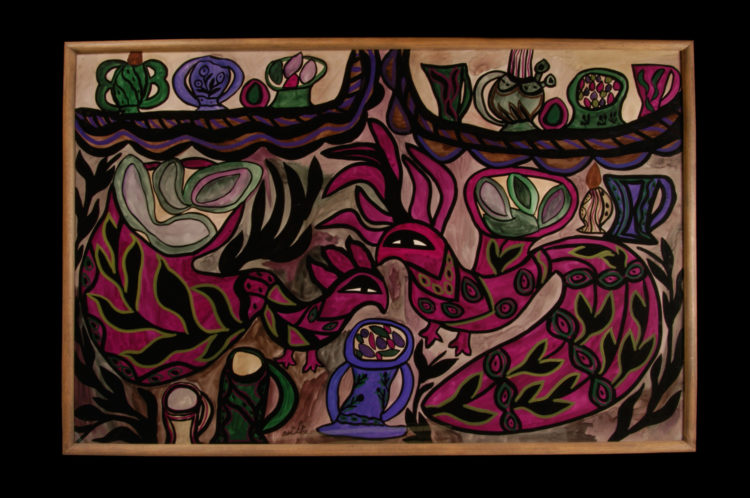 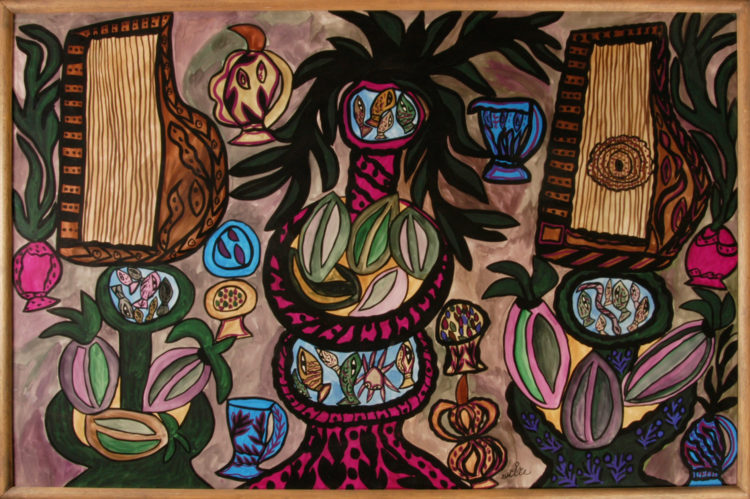 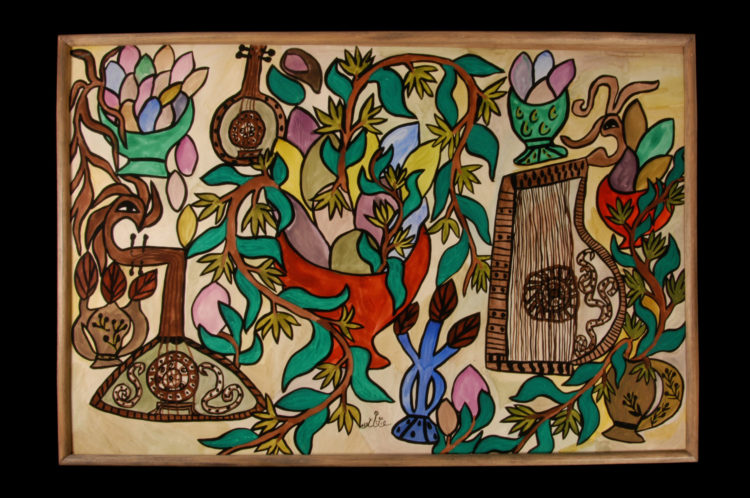