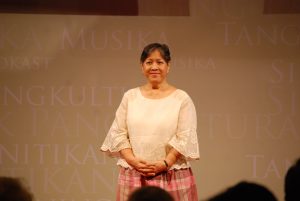 © Photo: Cultural Center of the Philippines 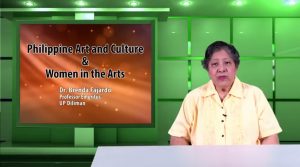 In 1959, Brenda Fajardo obtained a degree in agriculture from the University of the Philippines at Los Baños, followed by a master’s degree in art education at the University of Wisconsin-Madison, in the USA. Her artistic and academic interests involve the aesthetics of poverty and the art of the people. She is known for her series of tarot cards, which she configures and situates in Philippine history and society. Her works have been much exhibited, especially in Singapore, Cuba, Brisbane and Paris. Together with Imelda Cajipe-Endaya and three others artists, she created the Kasibulan collective. She is also the founder of the Baglan Community Cultural Initiatives and was one of the pioneers of the Philippine Educational Theater Association (PETA), which saw the light of day in the late 1960s. As a member of the Philippine Art Educators Association, she is also an adviser to the National Committee on Culture and the Arts (NCCA).

She has worked for the theatre, mainly for PETA productions and workshops, as a set designer, actress and director. She has won several prizes in graphic art competitions, for Landscape in 1970, for Feeling and Form Series 3-11 and for Bukas Ngunit Tikom (“open but closed”) in 1975. She is professor emeritus at the University of the Philippines, and has also received the prestigious Thirteen Artisrts Award, given to emerging artists by the Cultural Centre of the Philippines in 1992, as well as the Centennial Awards for the Arts, awarded during the Independence centenary celebrations in 1998. 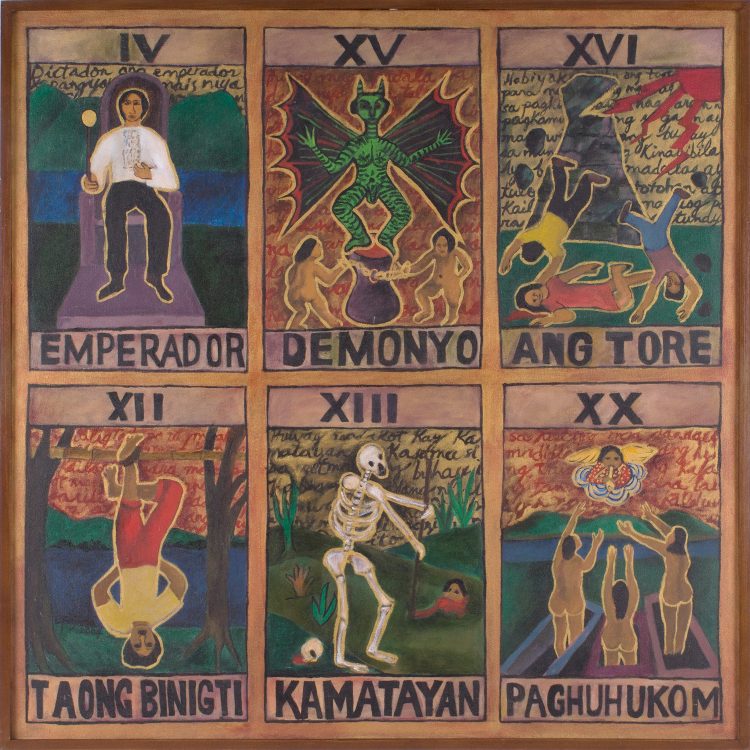 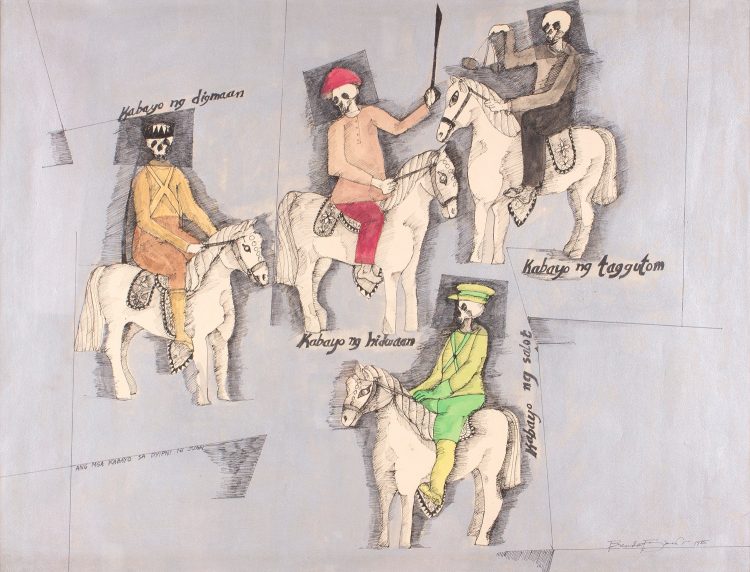 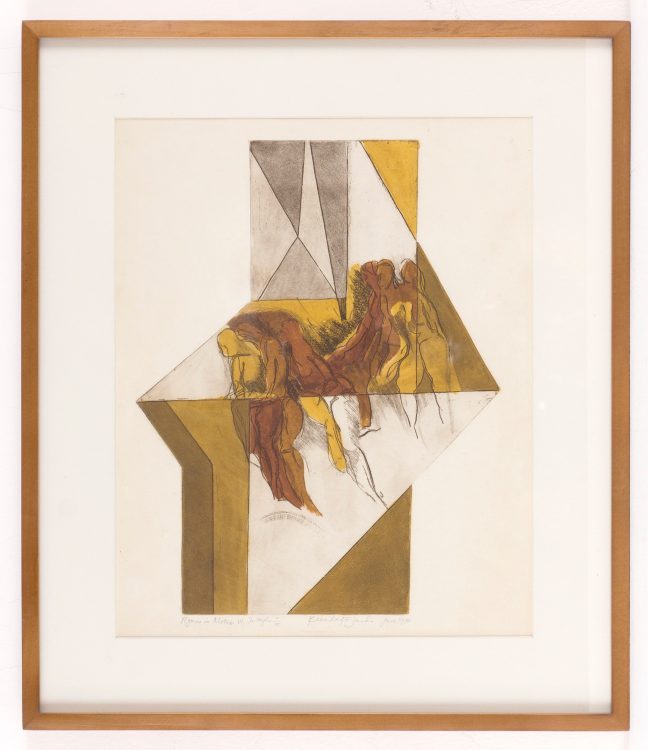 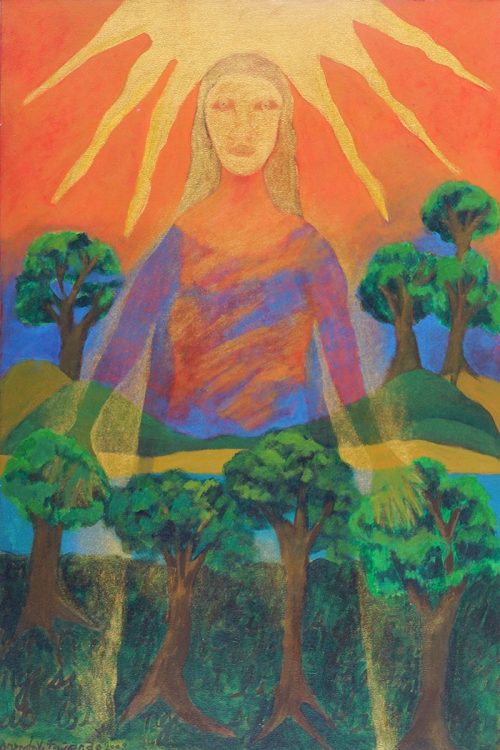 Brenda Fajardo, Nagasinag and adlao sa babaylan [The Sun is Shining Upon the Priestess], 2008, acrylic on canvas, 92.15 x 61 cm 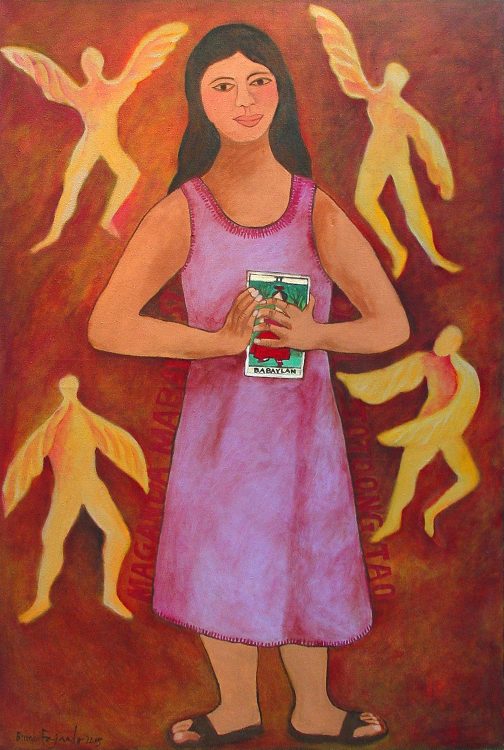 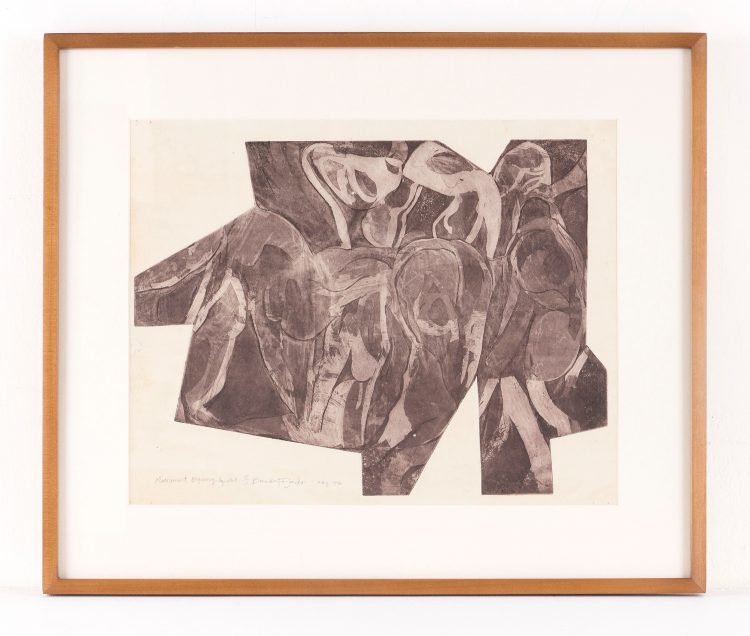 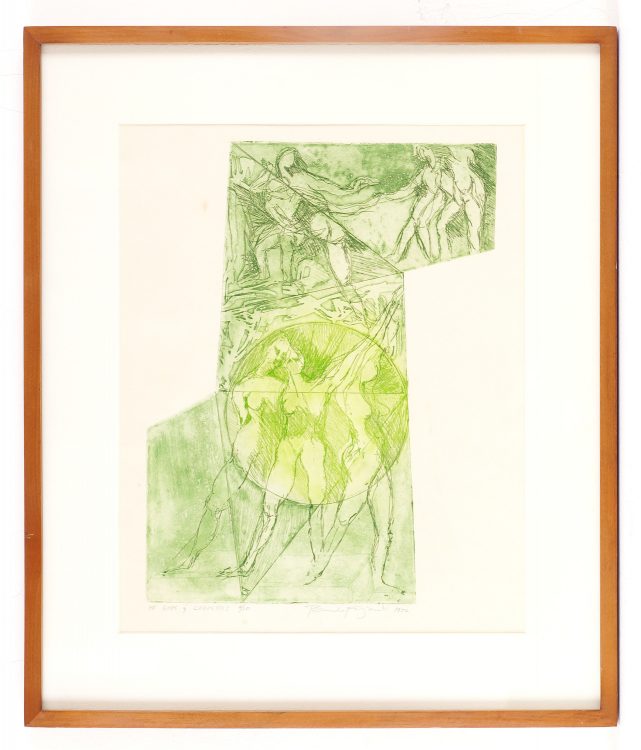 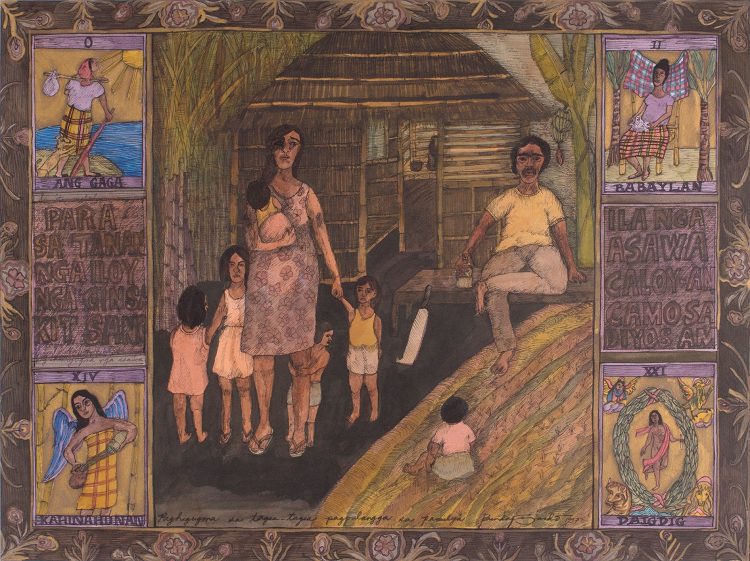 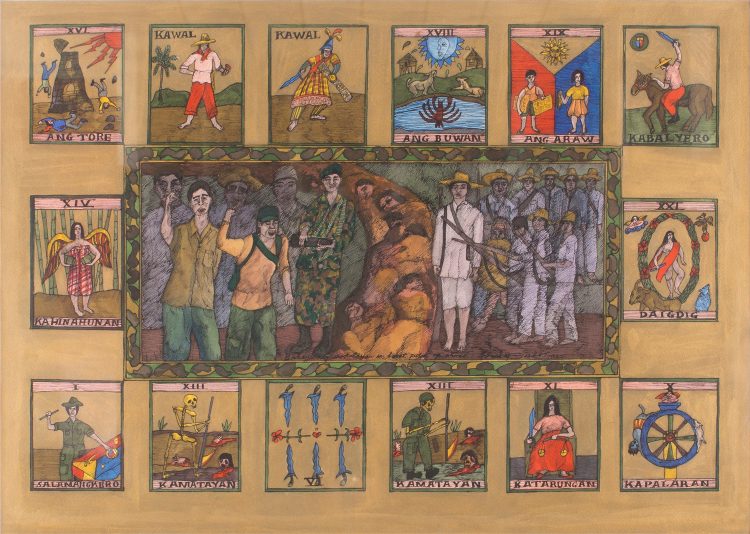 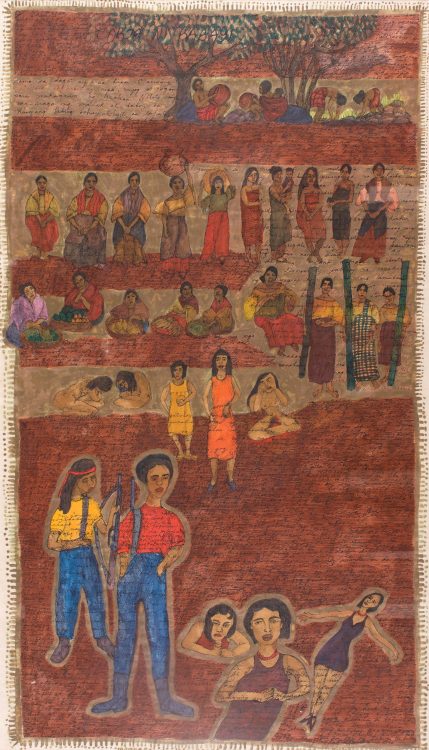 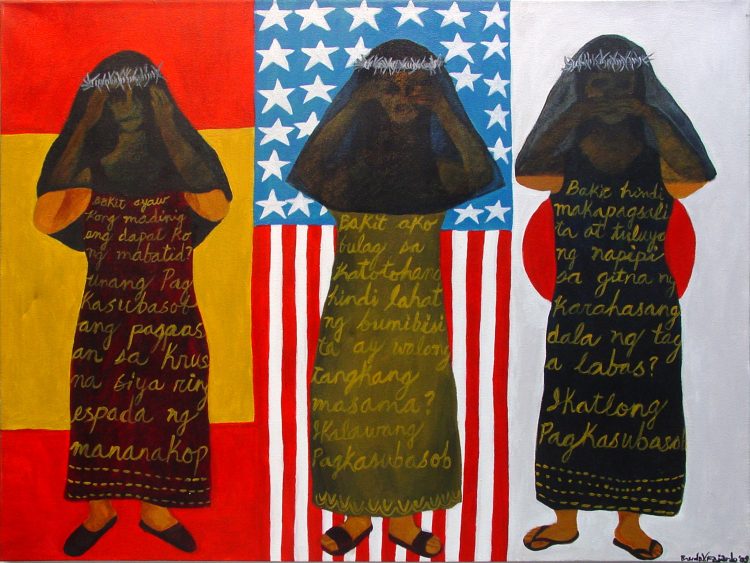