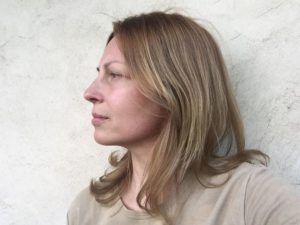 My Address is neither a House nor a Street, My Address is a Shopping Centre, Contemporary Art Centre, Vilnius, 2004-2005

Spanning the genres of performance, video and conceptual art, and working in a range of media, from painting to photography and objects, Eglė Rakauskaitė’s work deals with an myriad range of contemporary issues. Born in Soviet Lithuania, the artist came of age in post-Soviet independent Lithuania, at a time when artists were enjoying the full and unencumbered freedom to create for the first time.
Known as E. Rake, the artist’s early work in body and performance art was unprecedented in Lithuanian art. When artists in the country began working in action and performance in the 1980s, it was mainly focused on happenings and interventions. E. Rake was amongst the first artists in Lithuania, let alone female artists, to use her body in such a visceral manner in performance, covering it in fat or honey, drawing attention to the corporeality of the female body, as well as its consumption (In Honey, 1996; In Fat, 1998). Her first performance piece, Trap. Expulsion from Paradise (1995) also dealt with the young female body and the transition to adulthood and maturity, within the context of religion. From a city with no less than twenty-eight churches, and whose skyline is peppered with steeples, the artist addresses the prominence of religion in contemporary Lithuanian society, and all of the paradoxes that entails, with a series of Chocolate Crucifixes (1995) – religion fit for consumption.

Since this early work, the artist has addressed topics such as language, homelessness, consumerism, globalism, economic migration and ageing. She does not limit herself to one medium or form of expression, preferring to use the mode that will communicate her message or idea most efficiently. For example, My America (2003), is a video documentation of her daily work as an immigrant care worker in the United States. Meanwhile, a series of paintings from 2011 of everyday images such as the American flag, incorporated QR codes into the geometric shapes. During their exhibition at the National Kaunas Drama Theatre, viewers could interact with the images, scanning the code that would take them to a web page with information about the content or title of the work, or a video about a current social or political topic.

In addition to solo shows in Vilnius, Tallinn and Moscow, her work has been included in key international exhibitions of performance and feminist art: re.act.feminism #2 – a performing archive (2011–2014) at Akademie der Künste in Berlin in 2013 and Gender Check: Femininity and Masculinity in the Art of Eastern Europe in Vienna and Warsaw in 2009 and 2010; and the 1999 exhibition After the Wall: Art and Culture in Post-Communist Europe at Moderna Museet in Stockholm. She represented Lithuania at the Venice Biennale in 1999, the country’s first appearance there. 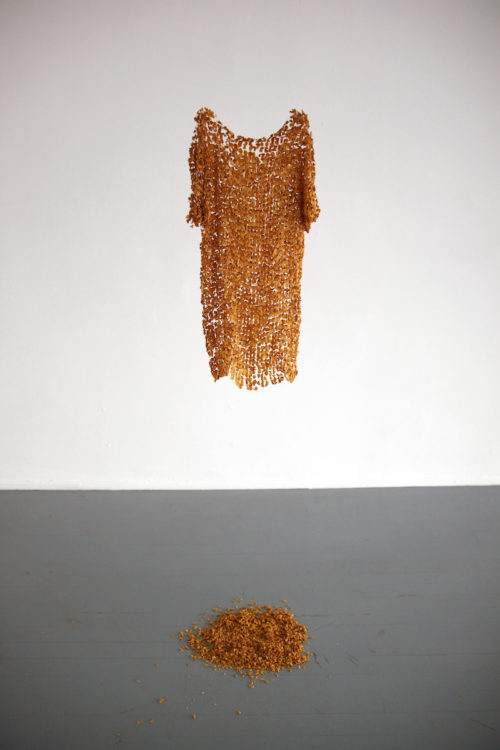 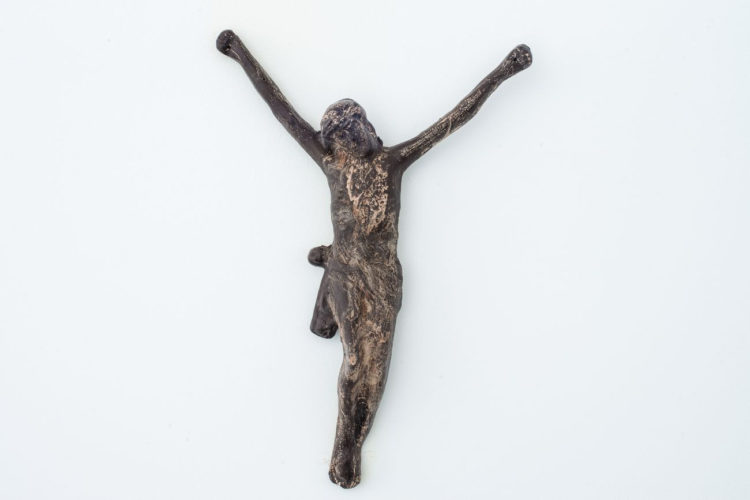 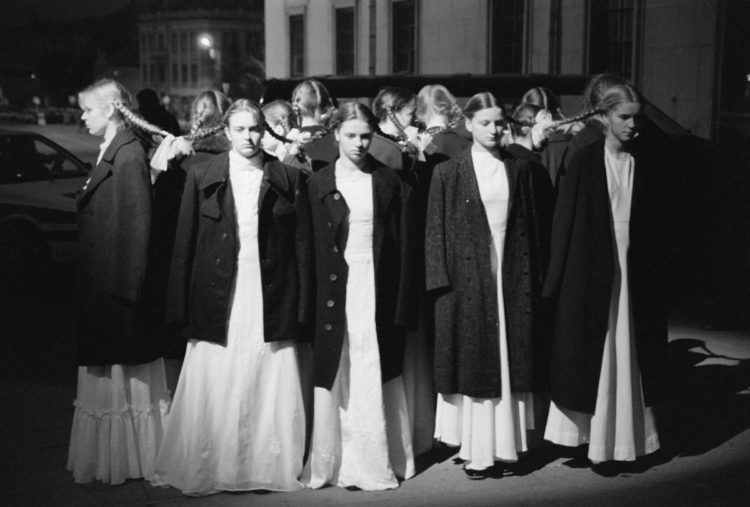 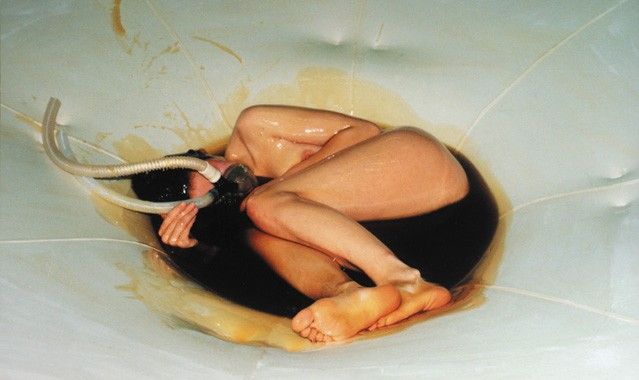 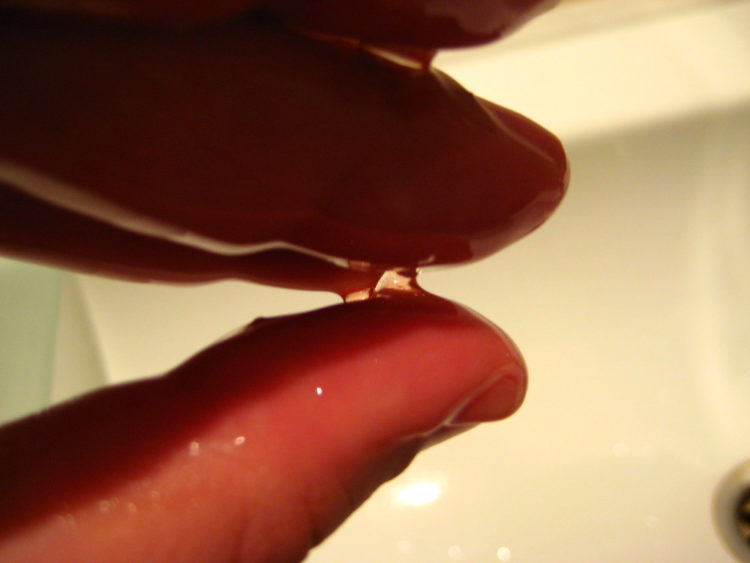 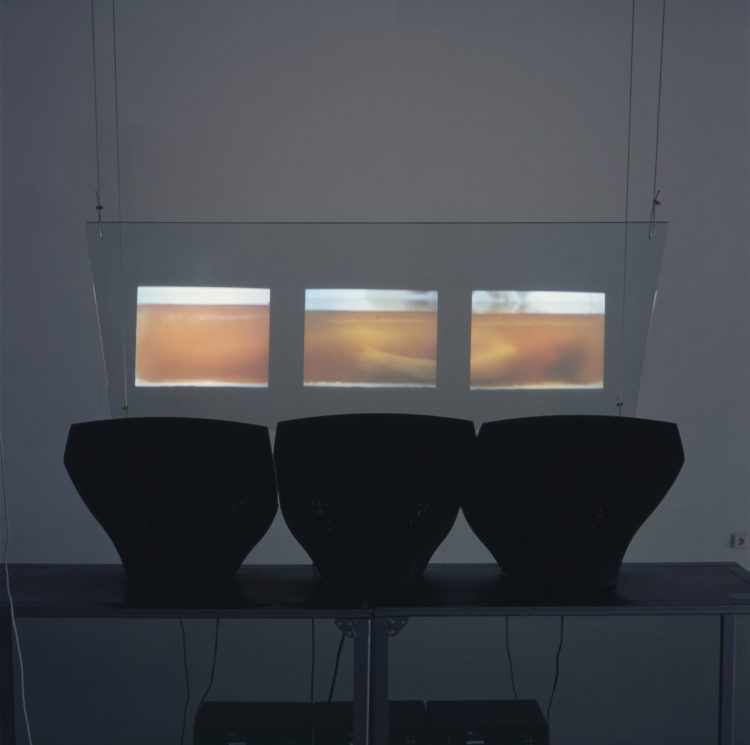 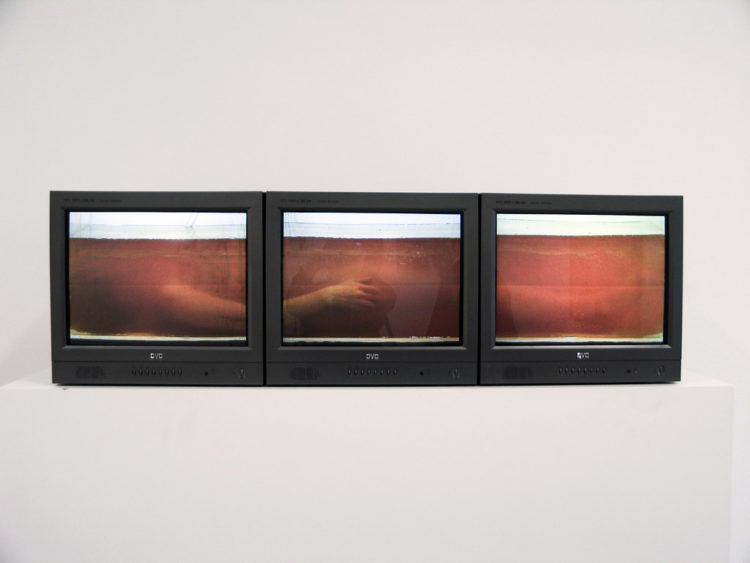