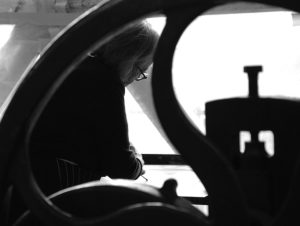 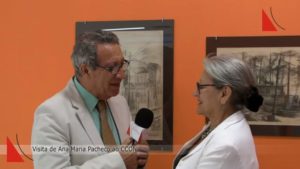 After graduating in fine arts and music studies at her local catholic university, Ana Maria Pacheco taught there for several years. Her work, which is widely acclaimed as a condensation of history, myth, folklore, “high culture”, and humour, was presented at the 1971 São Paulo Biennale as an insightful approach to the identity issues that were decisive in Brazilian artistic production since the 1920s. In 1973, a grant from the Slade School of Fine Art enabled her to escape the Years of Lead of the ruling dictatorship. Her main influence is O Aleijadinho (b. Antonio Francisco Lisboa, 1738-1814), a significant figure of Brazilian baroque religious statuary, whose technique (polychromatic woodcarving), theatrical compositions (sculpted groups serving the purpose of a story) and use of elements from various cultures (naturalist hair and teeth reminiscent of indigenous and African ritual masks) also characterise Pacheco’s sculpture. The compact bodies and expressive faces of the figures that inhabit her engravings and paintings share the same hieratic quality and incredible emotional strength as Aleijadinho’s sculpted groups.

The subject matter of this committed and humanist artist’s work is universal, and maintains complex links to multiple literary traditions. For instance, the ten characters travelling in a monumentally sized boat in The Longest Journey (1994) are the visual depiction of D.H. Lawrence’s poem “The Ship of Death”, a verse of which was used as the title for the piece. On the occasion of a residency at the National Gallery in 1997, Pacheco created Dark Night of the Soul, a sculpture that echoed one of the pieces in the museum’s collection, the Martyrdom of Saint Sebastian by Antonio and Piero del Pollaiuolo (circa 1443-1496), which she chose because of its formal resemblance to a Brazilian photojournalistic piece documenting the execution of a bandit. In linking these various sources, she brought to light the universality of the issue of the abuse of power, while borrowing the title from Saint John of the Cross’s famous mystical poem emphasises the victim’s intimate experience beyond the particular circumstances in which it occurs. 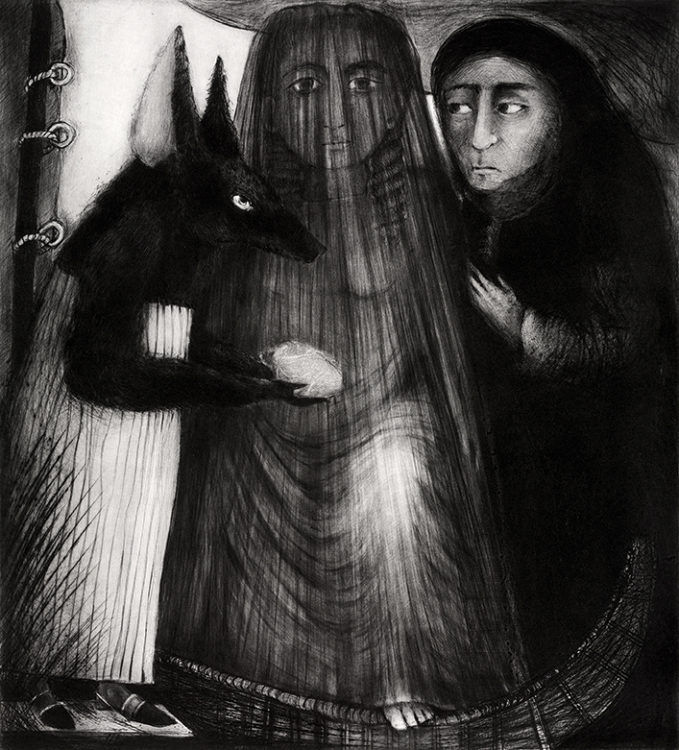 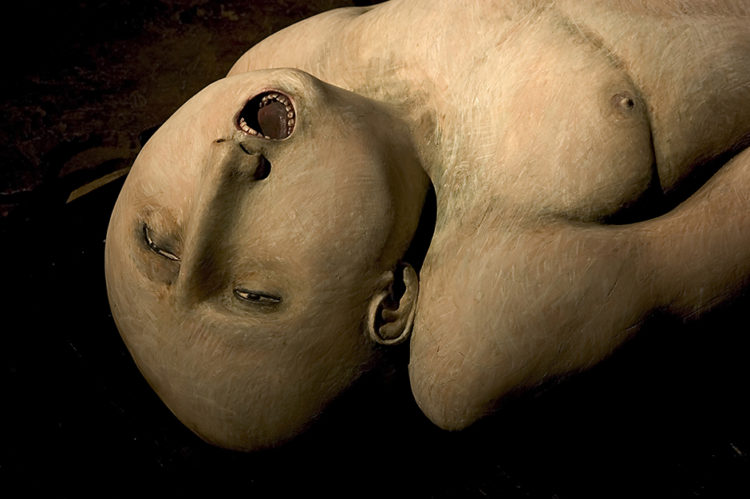 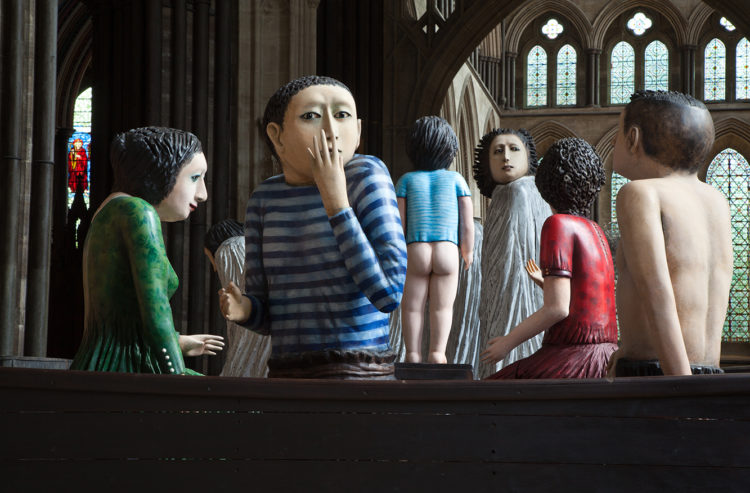 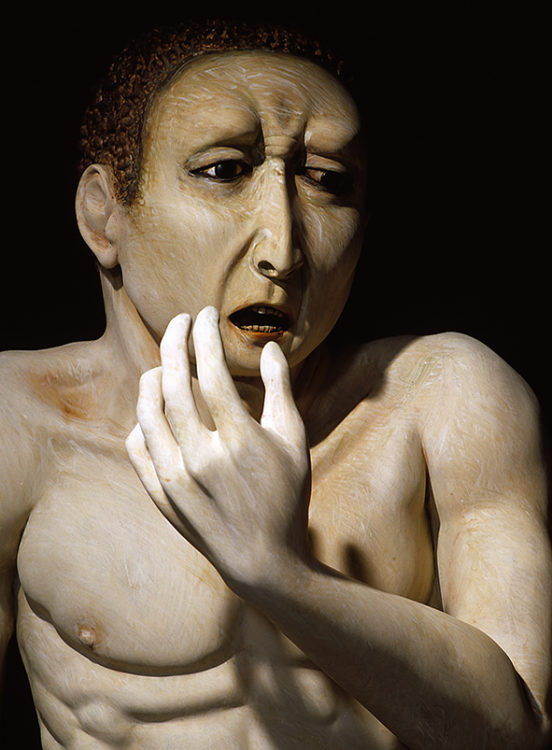 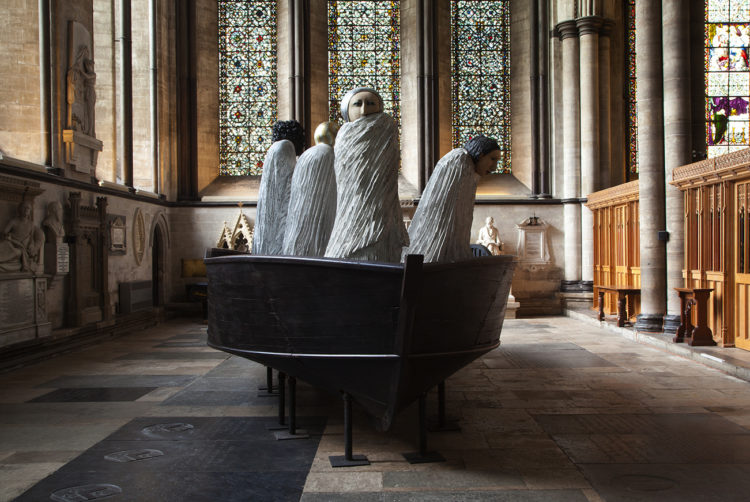 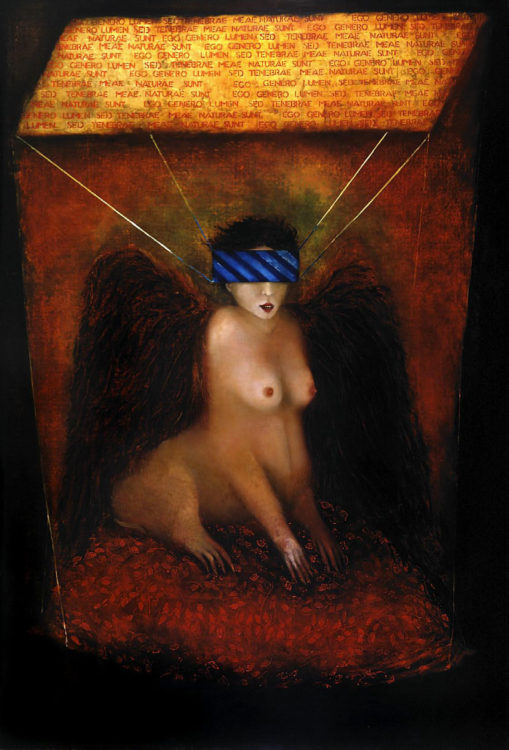 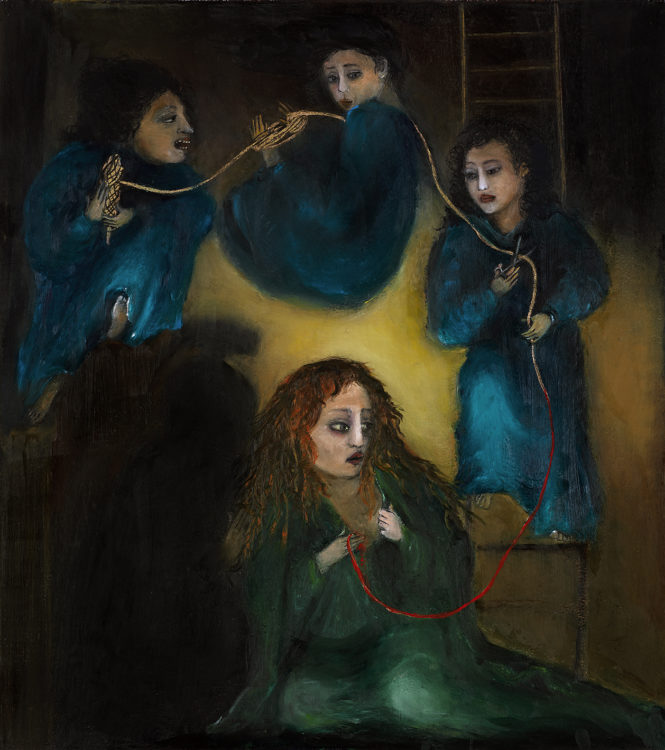 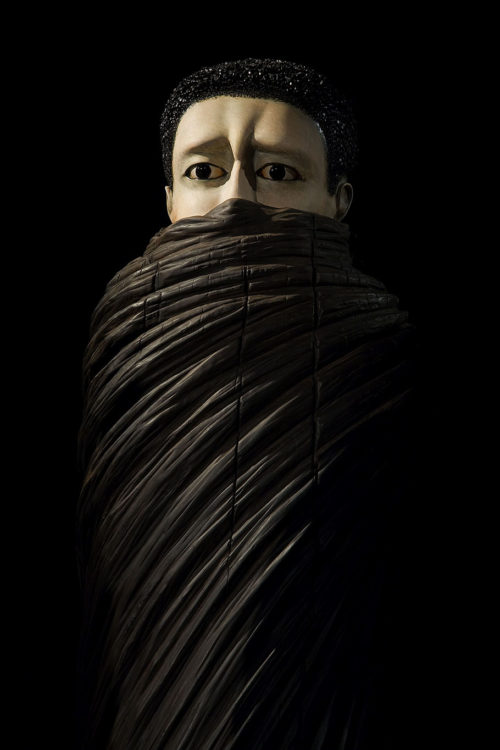 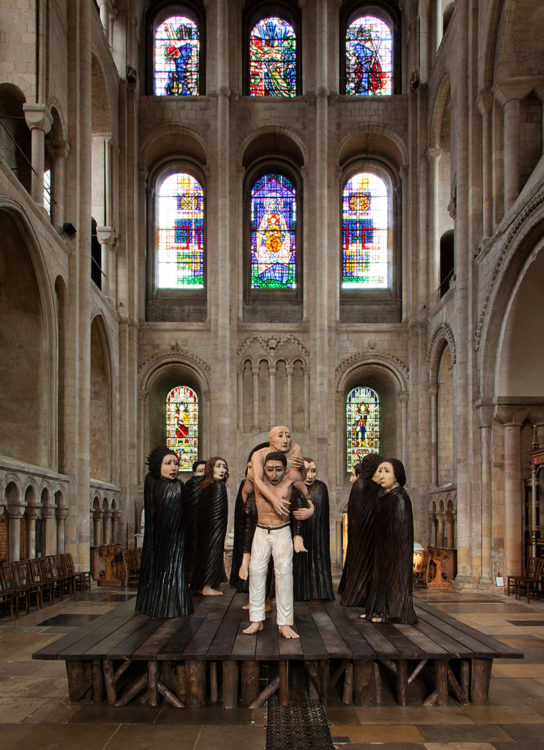 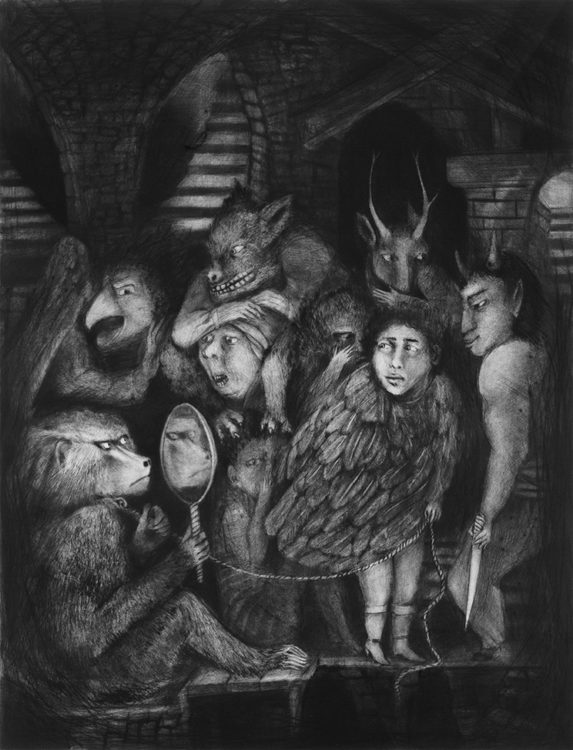 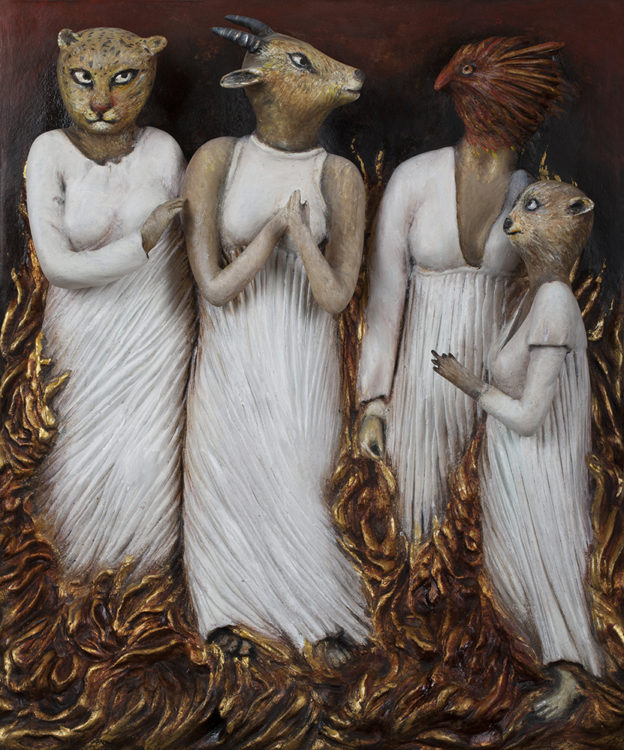 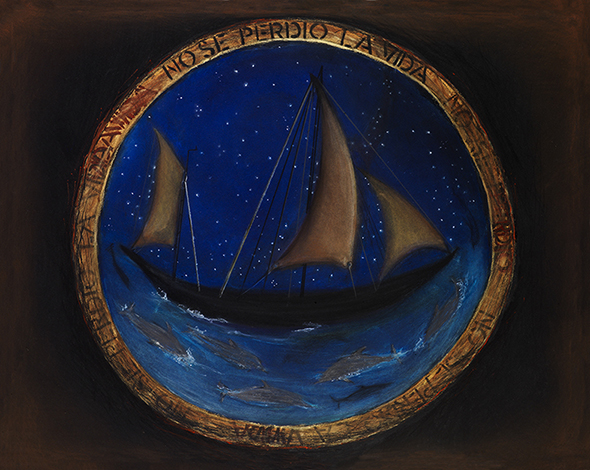 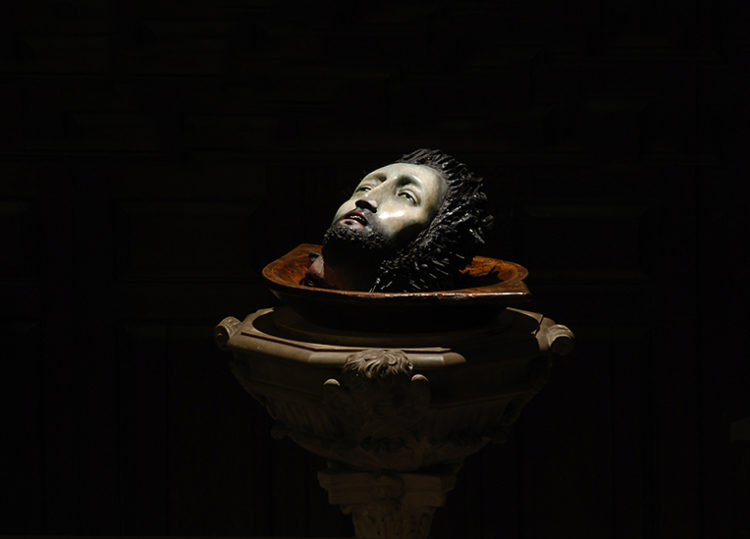 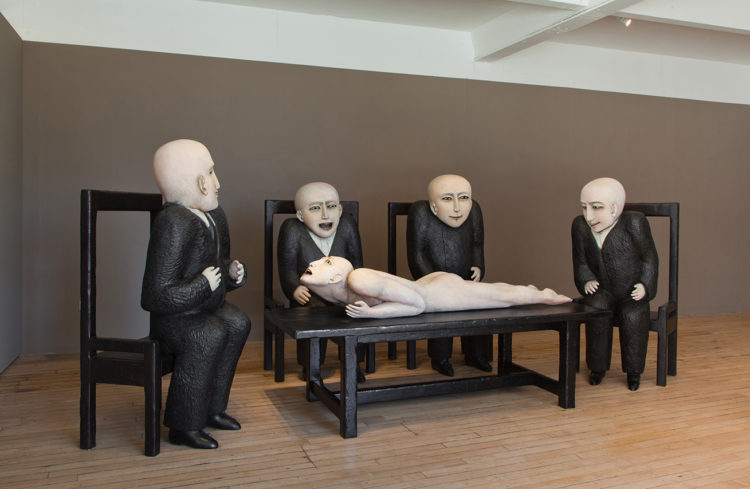