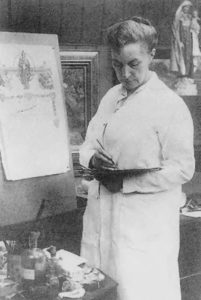 Eleanor Fortescue-Brickdale was born in Surrey to an upper-class family. She chose to enrol in the local arts school, the Crystal Palace School of Art, at the age of 17, and was admitted to the Royal Academy of London in 1897. Her earlier works mainly consisted in illustrations. In 1897 she received a prize for Spring, which enabled her to begin working on her first large-scale oil painting, The Pale Complexion of True Love (private collection), inspired by Shakespeare’s As You Like it. The painting was exhibited at the Royal Academy in 1899. From then on, the artist would favour watercolours, although she did produce at least one oil painting a year, as the Royal Academy’s regulations obliged her to. The rest of her career was pioneering for a woman artist of the time. In 1899 a gallery in London commissioned a personal exhibition of her watercolours, which was inaugurated in 1901 under the title Such Stuff as Dreams Are Made of! (from Shakespeare’s The Tempest). The exhibited works were also reproduced in an illustrated book. After the exhibition’s critical and commercial success, the painter received several other similar commissions.

Her success was crowned by her election as the first female member of the Institute of Painters in Oils and first female associate member of the Royal Society of Painters in Watercolours in 1902. The themes she chose, such as illustrations of poems by Alfred Tennyson and Robert Browning, or scenes from religious history and Arthurian legends, place her in the tradition of the Neo Pre-Raphaelites inspired by the 1850s. However, her style distinguishes her from other artists of the same genre: her hand is confident, with minutely observed details, bold colours and, on occasion, original compositions. Although she became less productive after World War I as her sight failed and health declined, she continued to design large numbers of cartoons for stained glass windows. 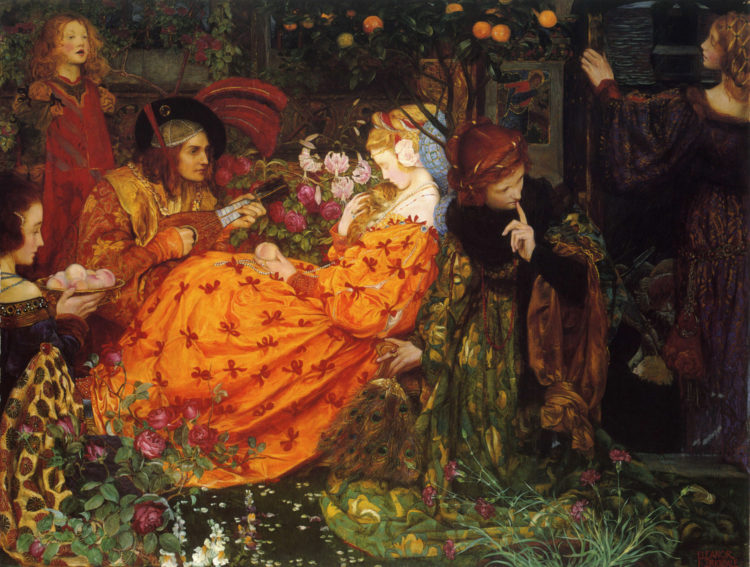 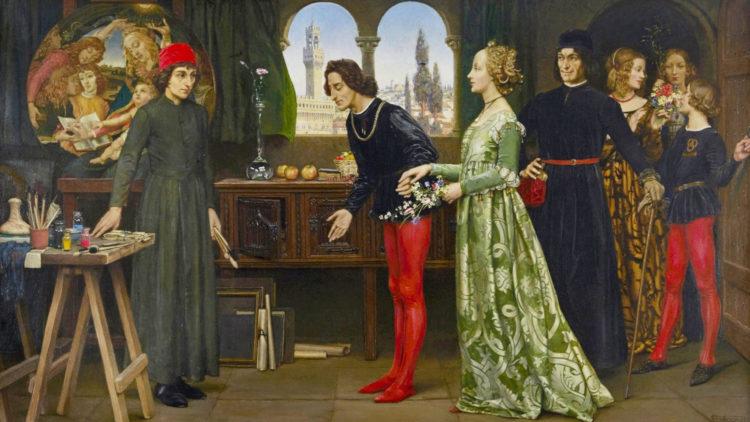 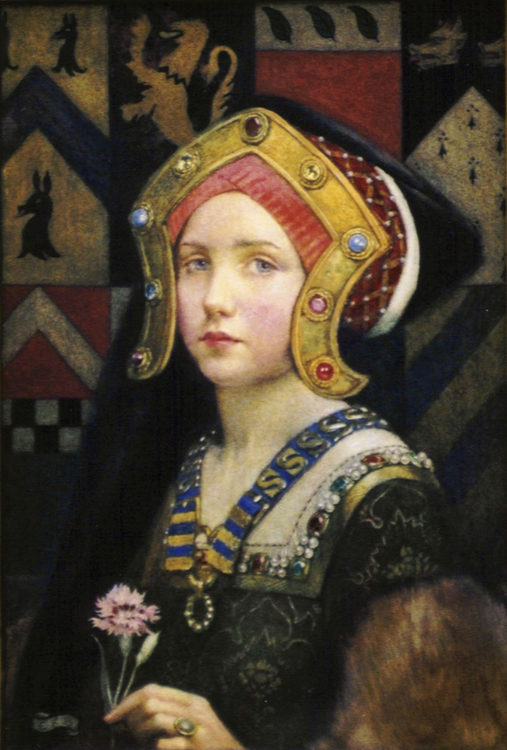 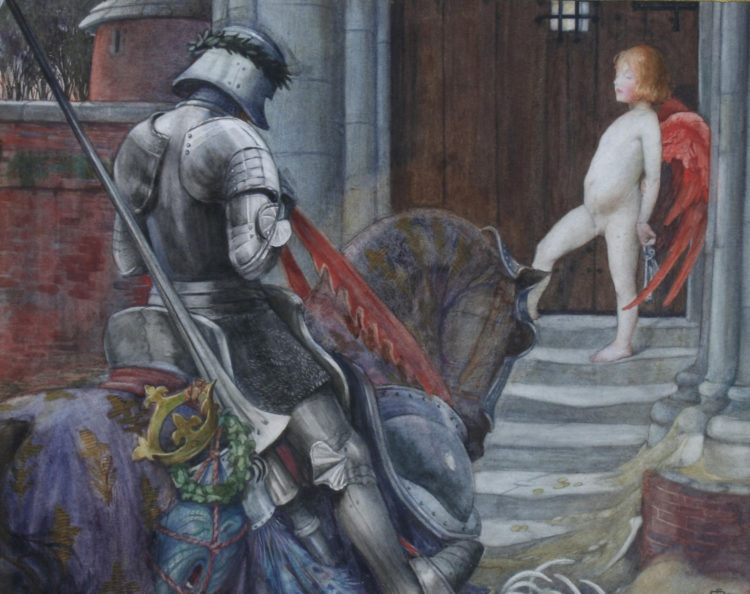 Eleanor Fortescue-Brickdale, A knight and cupid before a castle door, 1900, watercolour, 32 x 40 cm 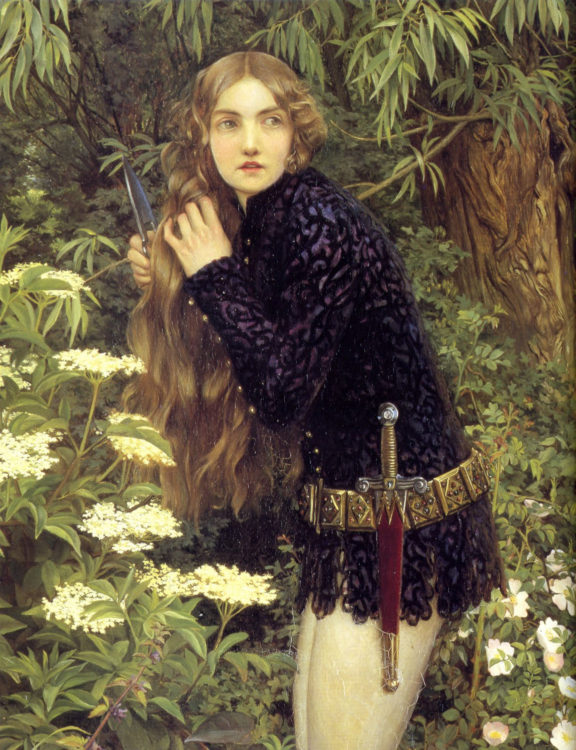 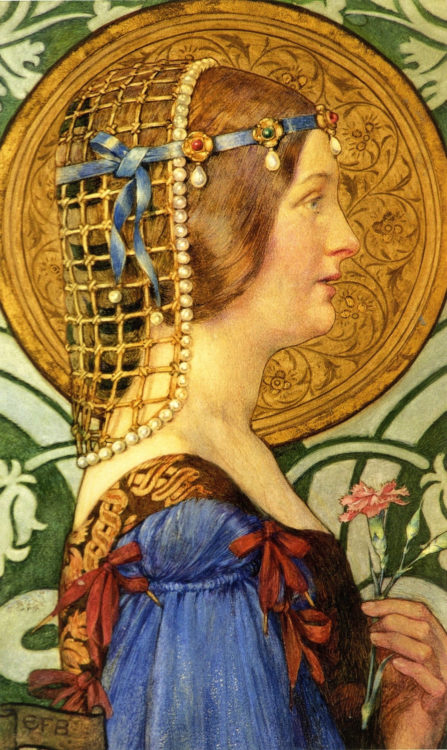 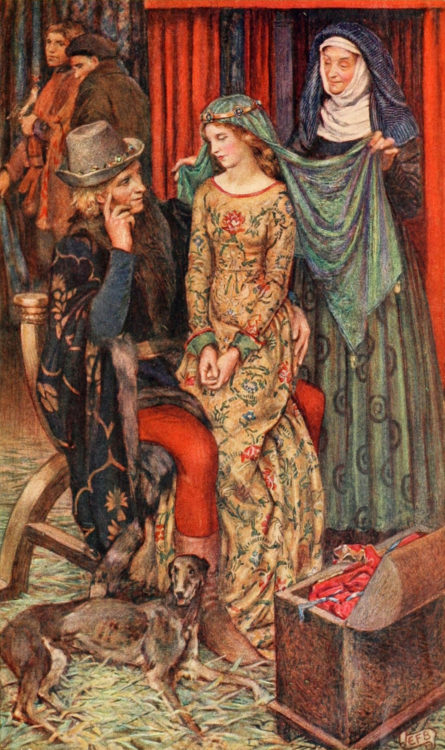 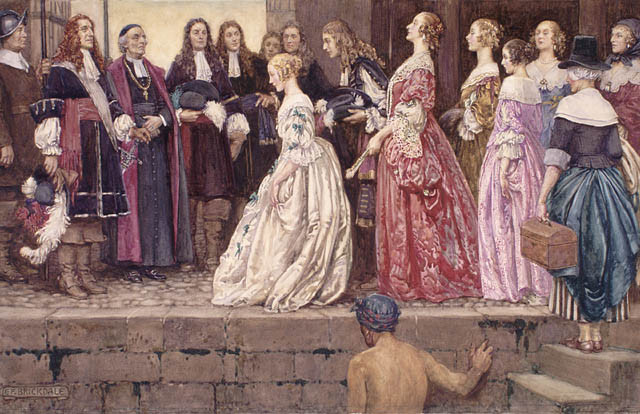 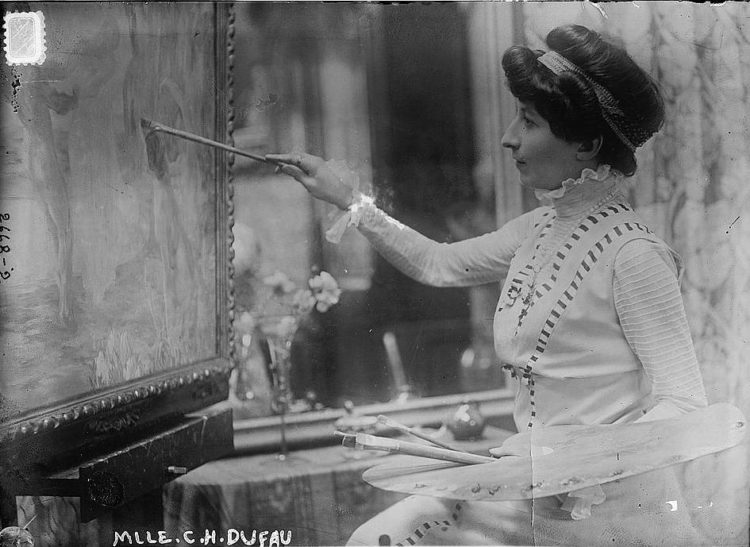 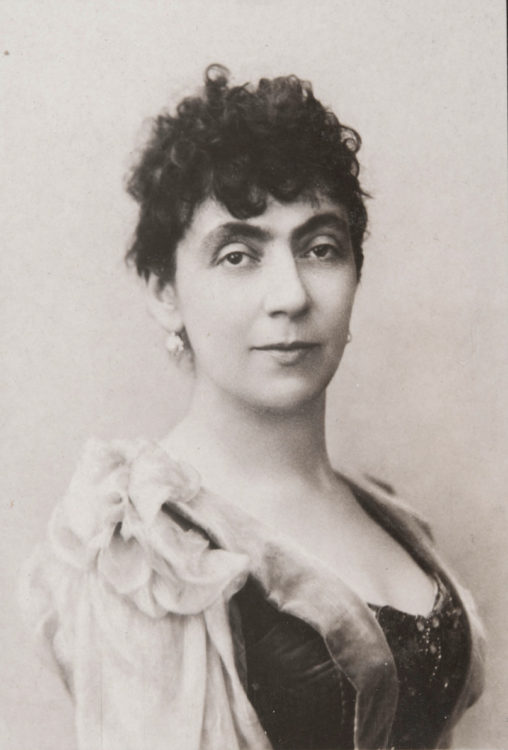