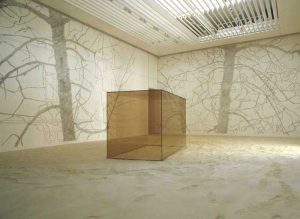 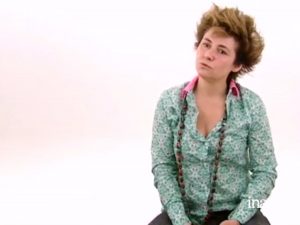 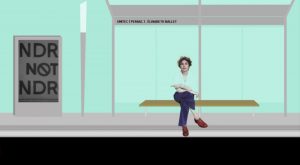 In the late 1970s, Elisabeth Ballet enrolled in the National School of Fine Arts thanks to the Jack Kerouac book protruding from her pocket, she says, was taken under the wing of Isabelle Waldberg, one the few faculty in an institution that focused on “unlearning” traditional teaching. As a resident at the Villa Medici, she learned to “conceptualize”. Her sculptures, made of pieces of cardboard, defied the monumentality of architectural stone sculpture. “The idea is not to penetrate the depths of my constructions, for there is nothing inside,” she said. Ballet exhibited at the Venice Biennale in 1986, and had a turning point in 1990 with her exhibit entitled Face à Main, at the Galerie des Archives in Paris. In the exhibit the public physically experienced the artwork as an obstacle facing them. Likewise in her 1993 work Deux Bords in which a sort of a ‘belt’ methodically bound the walls together towards the center of the room, the viewer experienced her sculpture on a visceral level. Some of her work focused on issues of inaccessibility, like in Sugar Hiccup (1996), where she enclosed a part of the floor. Others made movement itself part of their form, such as the corridors of Zip (1997) or Pièces détachées BCHN (1999), made up of passages of stretched plastic with red carpet on the floor, with samples of electronic music playing. Even the rounded ends of Leica 2004, presented as part of the exhibit elles@centrepompidou (2009-2011) suggested motion.

In her world of impenetrable spaces, there are also images, notably taken in Berlin. The videos Vitrines, Paris-Berlin (1996-1998), Schlüterstrasse, Berlin matin et après-midi (2000) and Schlüterstrasse, neige (2002) address a border that allows only the merest glimpse. The artist’s approach, according to Michel Gauthier, dramatizes the border, without actually representing or reiterating it. In the same way, on the occasion of Contrepoint 3 at the Louvre, her piece offered a view of the backs of group of 17th century statues, silently ‘recorded’ by a boom mic and operator made of resin (Bimp Piece, 2007). Her exhibition, Sept Pièces faciles, at the Grand Café de Saint-Nazaire (2007) revisited her early works, taking up images of a barrier or a range hood. A metal ladder disappearing through a hole in the ceiling to the second floor appears to link the two floors; a road made of soft rubber runs along the floor, its fold not entirely stretched out in places. These pieces evoke both the world of work (manual, industrial, intellectual) but also the opposite: idleness, reverie, and as many metaphors for the pulse of creation. 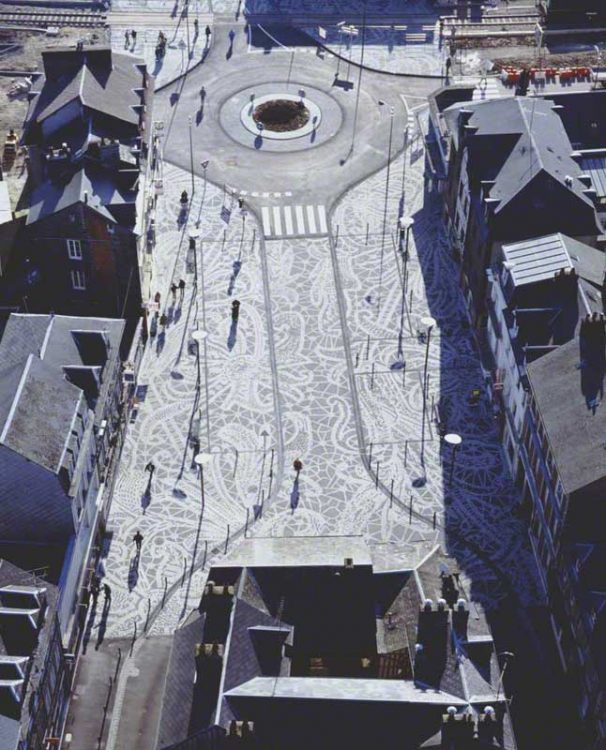 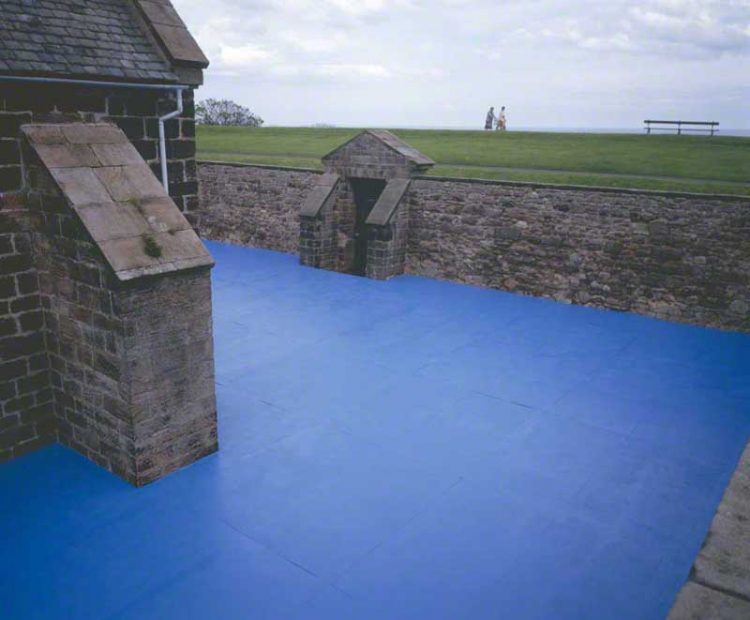 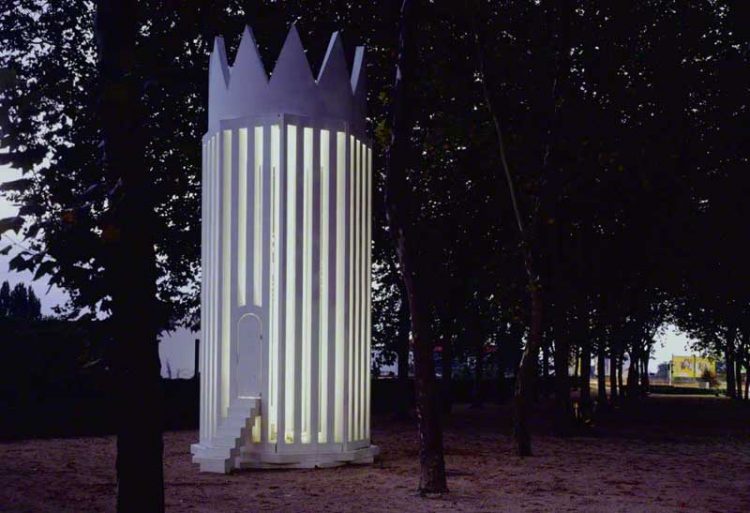 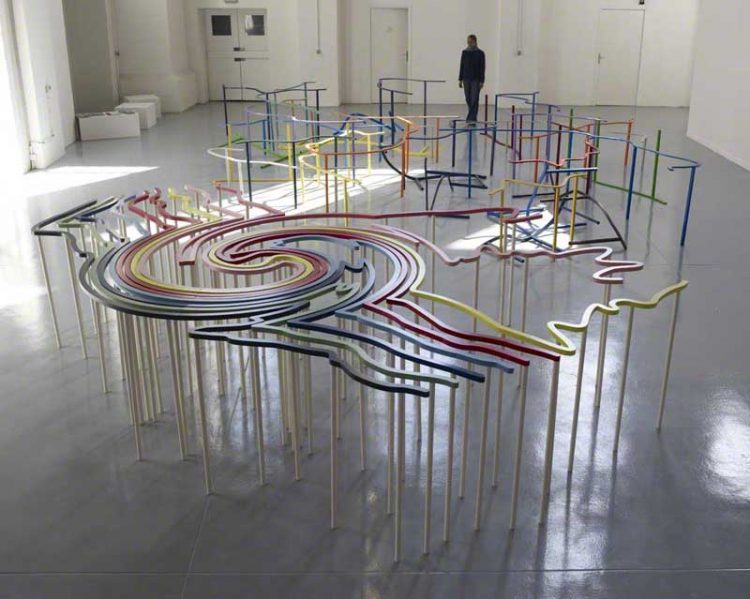 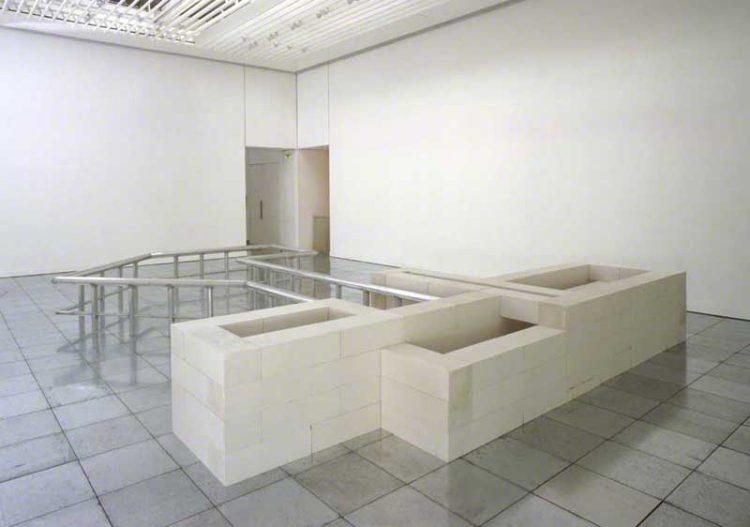 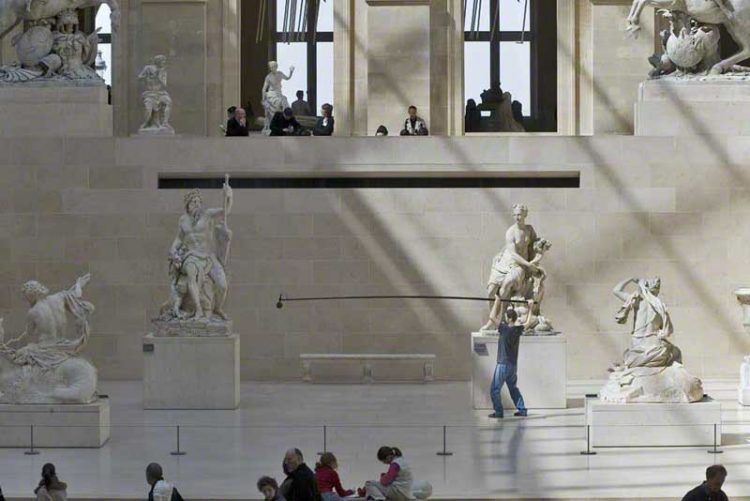 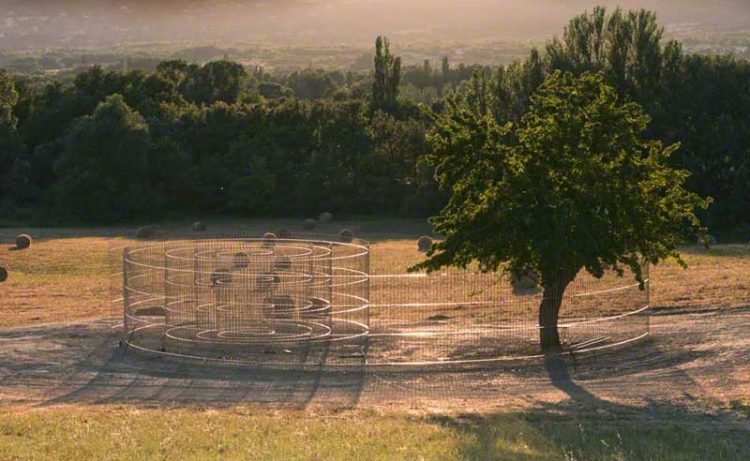 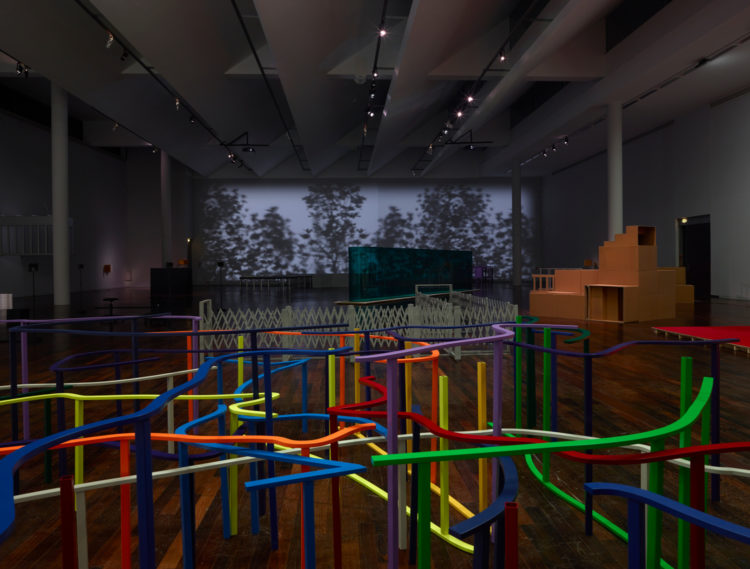 Élisabeth Ballet at the MAC VAL: Retrospective as Work of Art