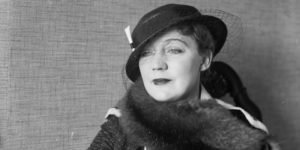 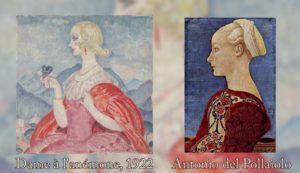 A daughter of a pastor, Gerda Gottlieb left for Copenhagen in 1902 to study art at the School of Art for Young Girls, an annex of the Royal Academy of the Arts, which was still reserved for men. She met her future husband shortly thereafter, the painter Einar Wegener. In 1908, G. Wegener won the First Prize in a competition organised by the newspaper Politiken on the theme of the feminine ideal, with an Art Nouveau-inspired drawing. In 1912, she moved to Paris with her husband, working as a painter and fashion illustrator for magazines such as Vogue, La Vie Parisienne, and Fantasio. During World War I, she published anti-German drawings in the newspaper Le Matin and the journal La Baïonnette. She later produced many portraits of women from the Parisian bourgeoisie, in a decorative high-society style, which she exhibited in the salons of the capital: the Salon des Humoristes, the Salon des Indépendants, and the Salon d’Automne. In 1923, the French government acquired two of her paintings (Dame à l’anémone, 1922; Lily, 1922) and a drawing (La Sieste, 1922).

Over the course of this same period, she also regularly showed her work in Denmark. Although her work took various forms – illustration, painting on glass or canvas, drawing – it focused primarily on female characters, conveying an idealised image of the frivolous Parisian glamour set. Her favourite model was her husband, who she dressed in feminine clothes, thus creating the character Lili Elbe. Over the years, Wegener manifested an increasingly affirmed femininity. In 1930, encouraged by his wife, he left for Germany to become one of the first recipients of sex reassignment surgery. The King of Denmark annulled their marriage in October; Wegener changed identity and received a passport in the name of Elbe. Throughout her Parisian period, Wegener illustrated luxury editions of books by famous writers in watercolours, designed for art lovers and bibliophiles. Some of the books that she described as “gallant artworks” were accompanied by erotic lesbian drawings (Les Délassements d’Éros, 1925). After a second marriage with a young Italian officer, ending in divorce five years later, she returned in 1938 to Denmark where she lived out her days.

Translated from the French by Anna Knight. 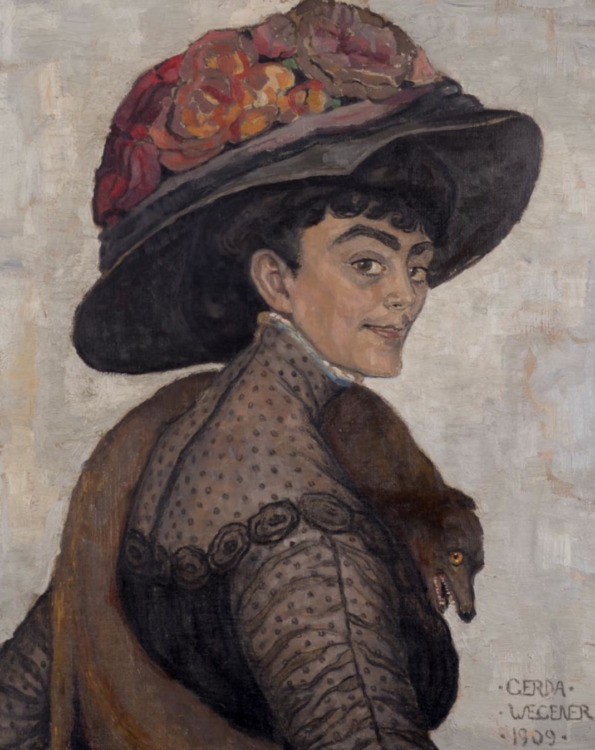 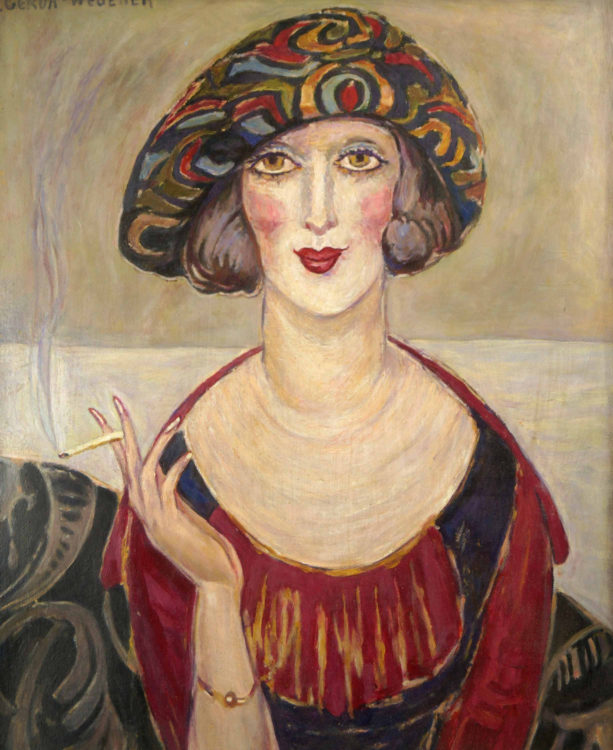 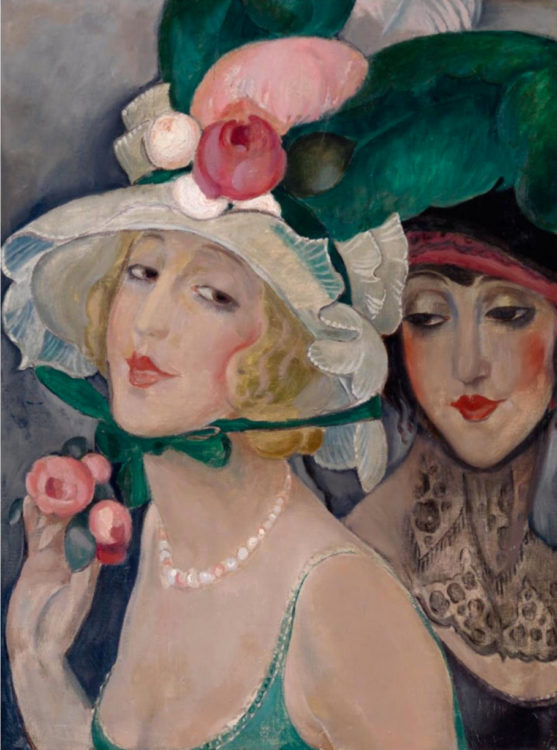 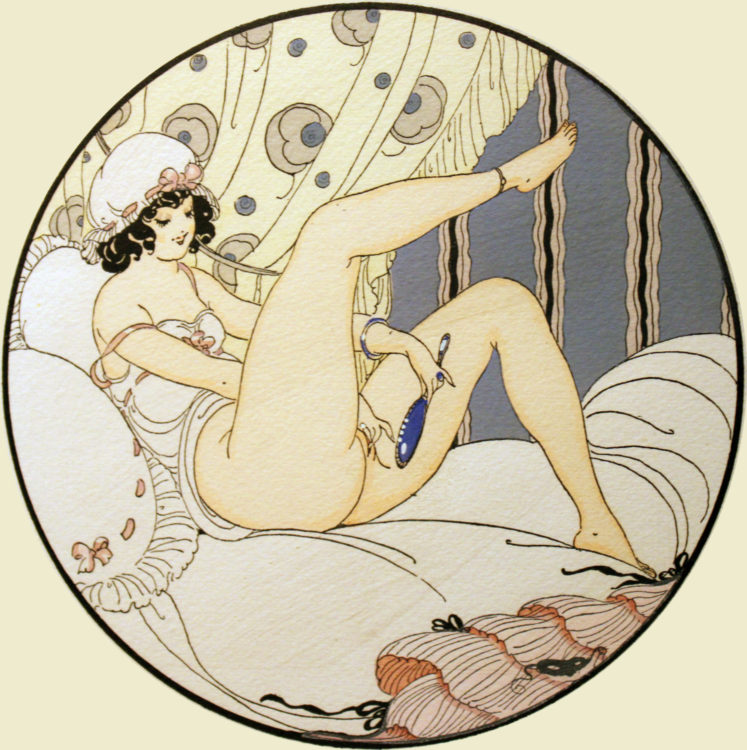 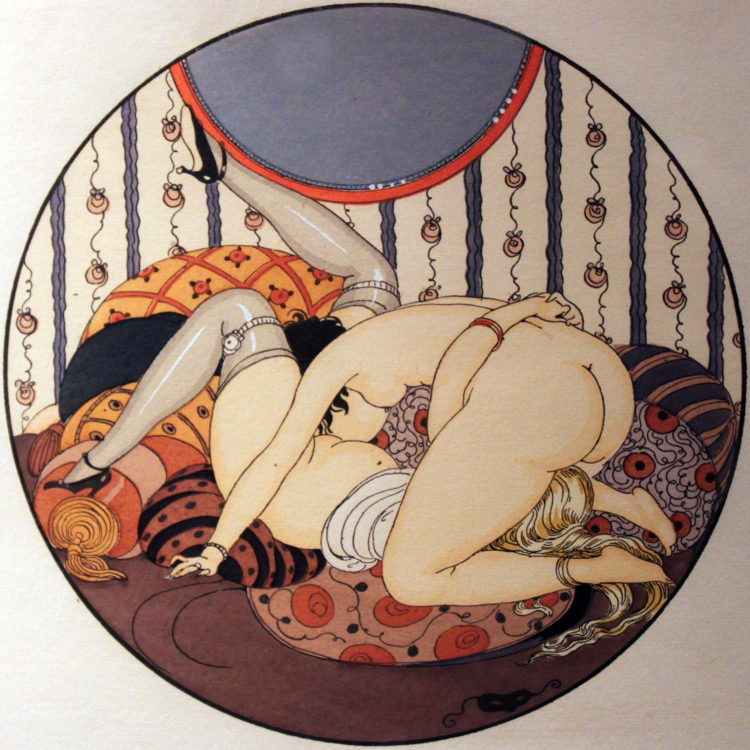 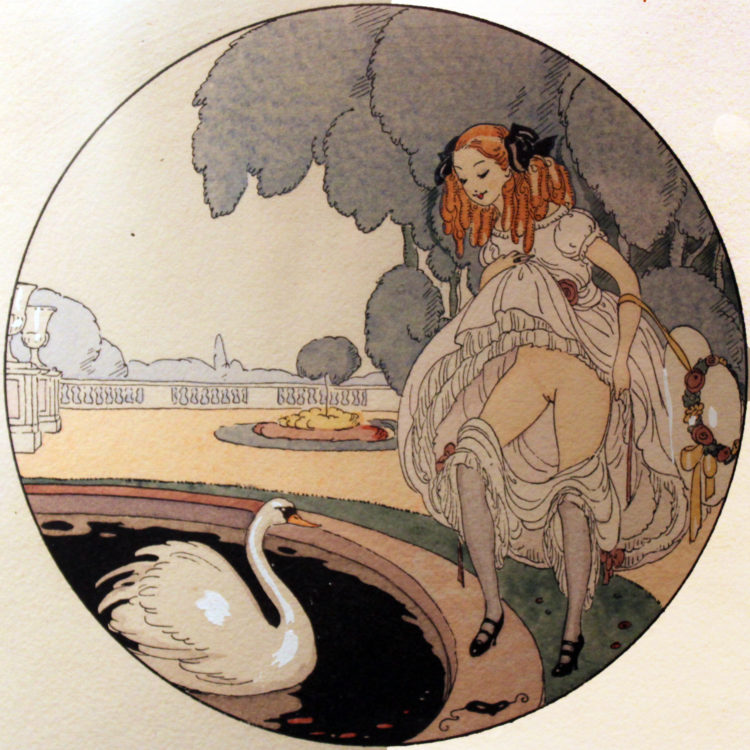 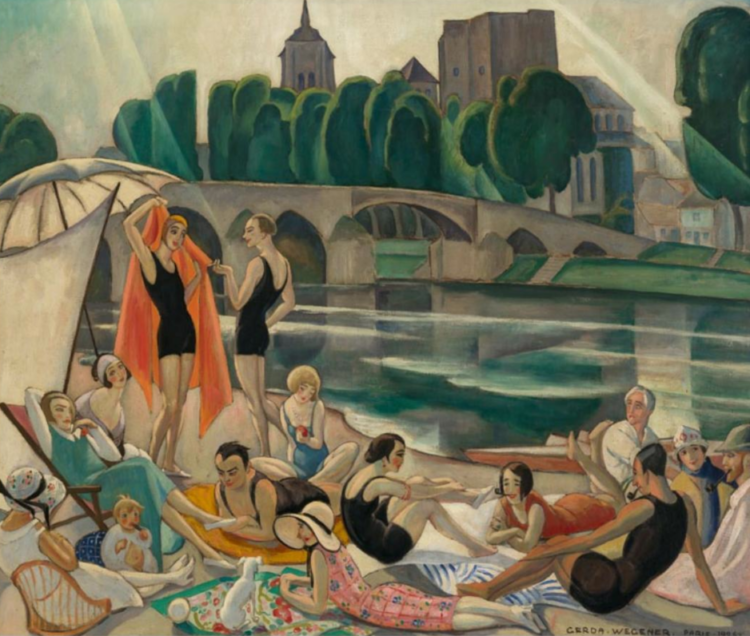 Gerda Wegener, On the Banks of the Loire, 1926, oil on canvas 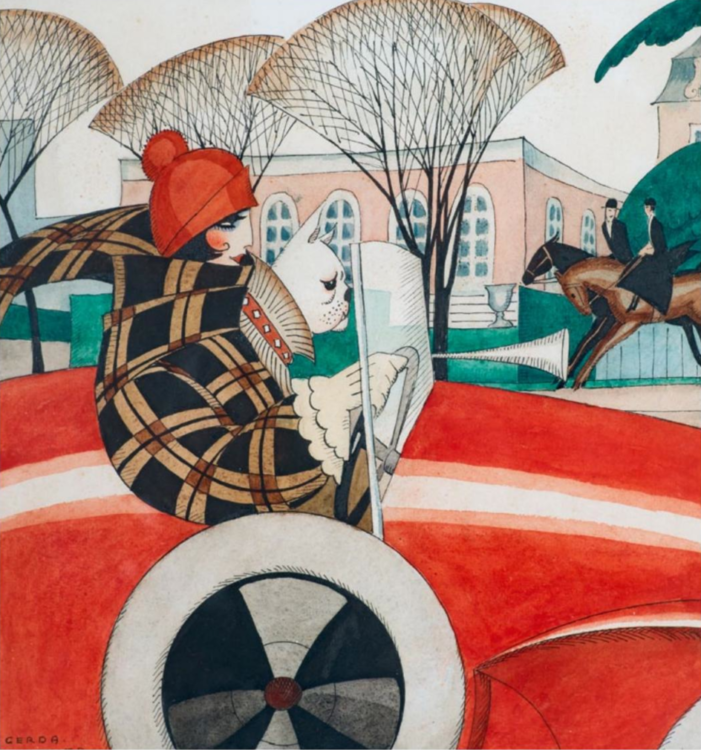 Gerda Wegener, Girl and Pug in an Automobile (Sketch for Front Page Illustration in Vore Damer, 1927), ca. 1927, oil on canvas 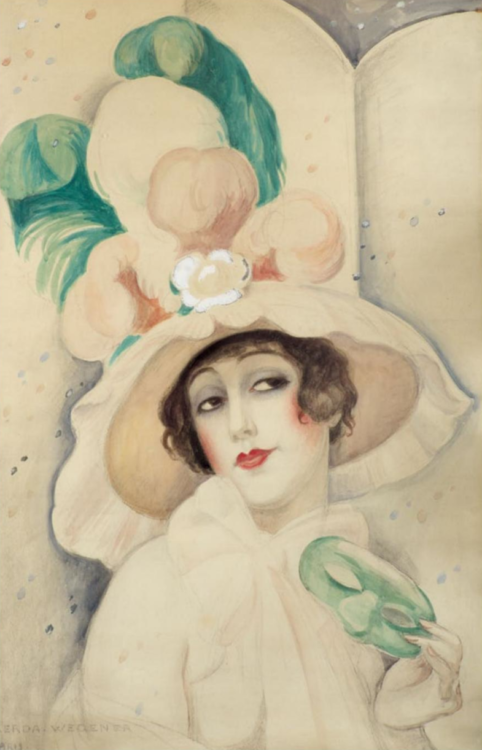 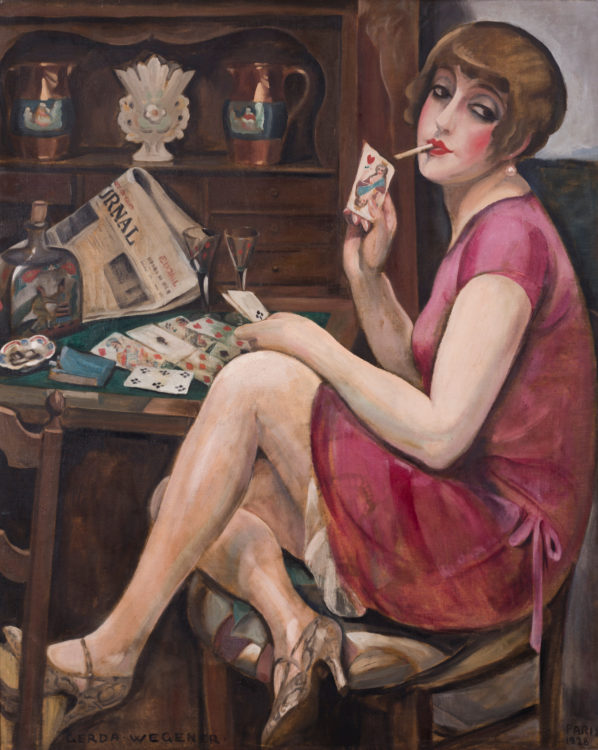 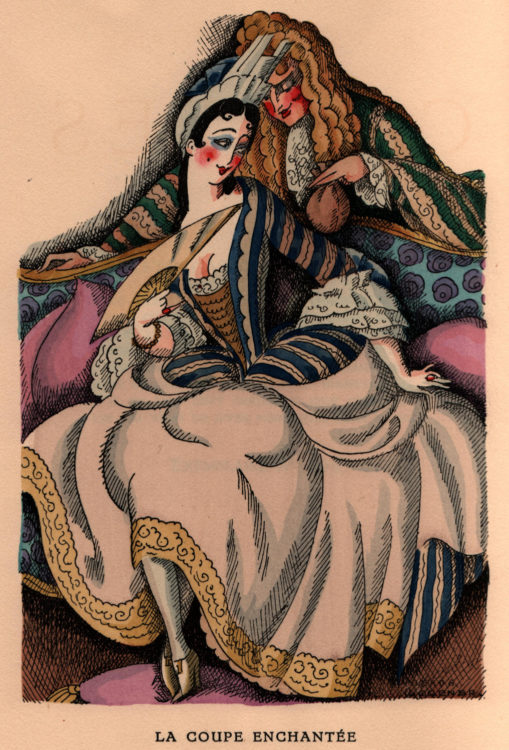 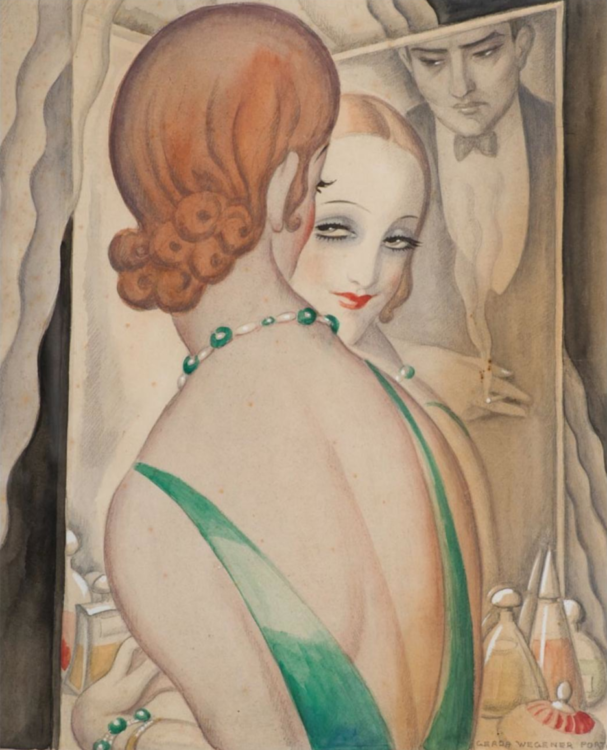 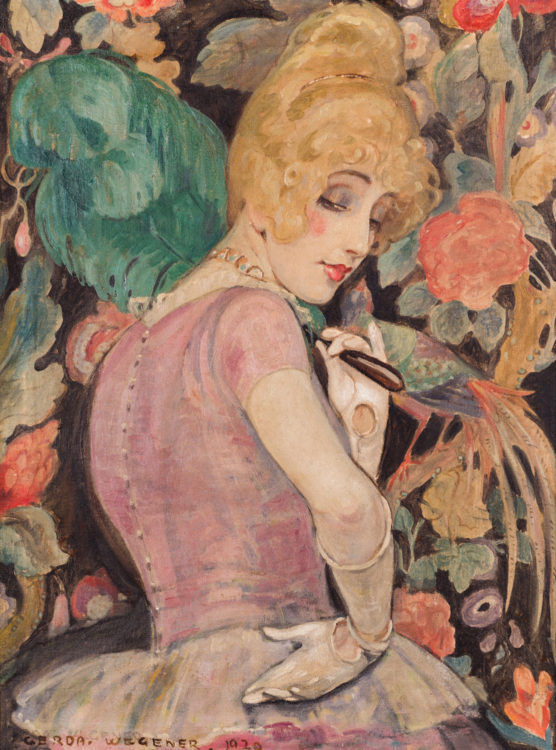 Danish-born painter Gerda Wegener, rejected by her peers due to her loose morals and lifestyle, i... Read more