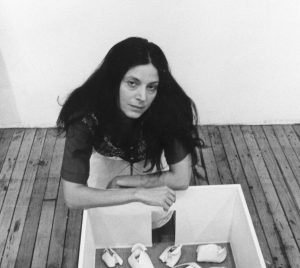 Hannah Wilke was educated at the Tyler School of Art in Philadelphia and is considered to be a pioneer among feminist conceptual artists. Her body of work includes sculptures, drawings, collages, photographs, videos, performances, and installations. She established herself in the 1960s through her depictions of vulvas, terra cotta sculptures that she would later make out of other materials such as kneaded erasers, gum, ceramic, and porcelain, some very large, in large installations. She also created large-scale latex wall sculptures. A large portion of her process is based on the obsessive and exacerbated recurrence of her own image, as a reflection of feminine representations in the art and media of the time. SOS Scarification Object Series (1974-1982) consists of a series of photographs placed in a grid, in which the artist strikes glamorous, provocative, and artificial poses inspired by fashion imagery, and which are immediate reactions to the mass-marketing of the bodies of celebrities – often feminine – used to stimulate consumer needs. Her skin is covered in sculptures she made into vaginal shapes from chewed bubble gum. The grid structure echoes the manner in which Andy Warhol framed his star images, mechanically reproduced in series as if they were products.

Her noteworthy creations include Hello Boys (1975), the recording of a performance that took place at the Gerald Piltzer gallery in Paris: behind the glass of a large aquarium, the artist, naked, assumed a wide range of erotic poses while rock music played in the background, evoking the mythological mermaid, both sexually bewitching and vulnerable. This double strategy of overexposure and transparency found its culmination in Through the Large Glass (1976), where the artist played with codes – both those of art history and fashion – her clothing style reminiscent of the iconic styles created by Helmut Newton or Yves Saint Laurent in the 1970s. Filmed through Marcel Duchamp’s Le Grand Verre in the Philadelphia Museum of Art, she performed a striptease, adopted sexualized attitudes, and with a certain absurdity, cycled through all of the patterns of the representation of glamour. In the 1990s, afflicted by lymphoma, she actively transformed her suffering into the image of a wounded exoskeleton, where real and constructed signs of her pain were exhibited on, and by, her body. Through this transformation, Wilke managed to express a critical position with respect to cultural prejudices associated with the (image) of her disease. She left behind two posthumous pieces, Intra-Venus (1994), a collection of photographs made as Performalist Self-Portraits, the term Wilke coined for work in which she asked others to photograph her, and a videotape installation, Intra-Venus Tapes (1994), both portraying her slow physical deterioration. 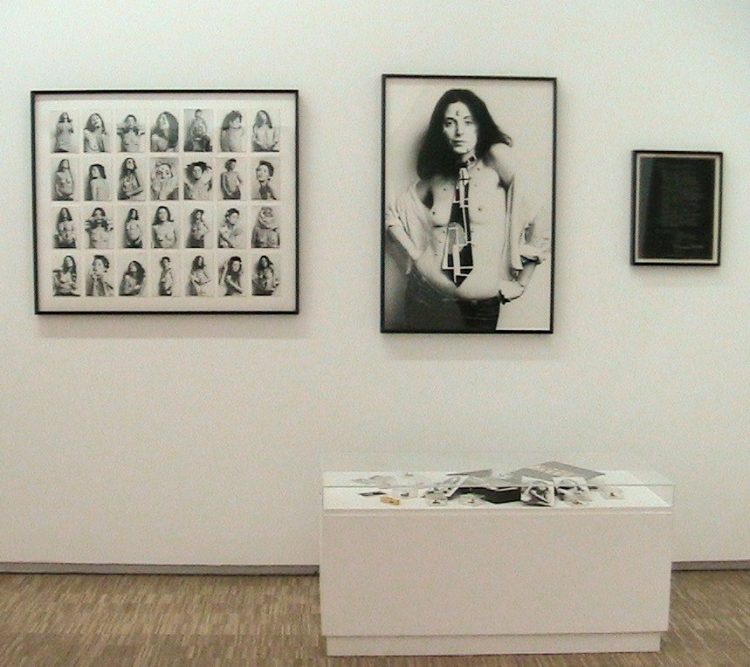 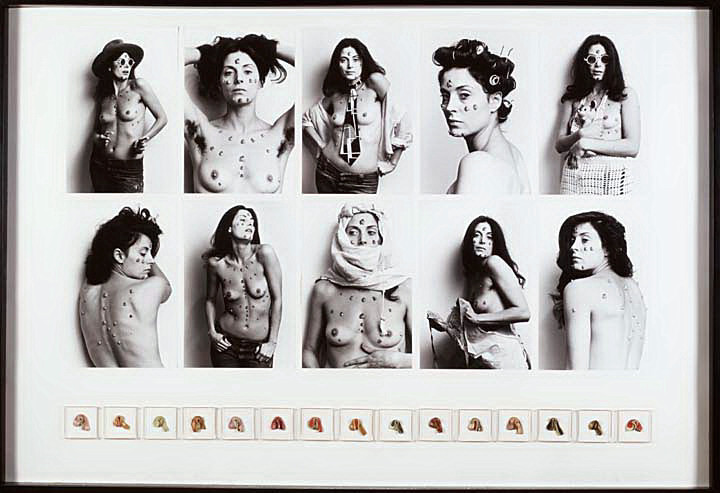 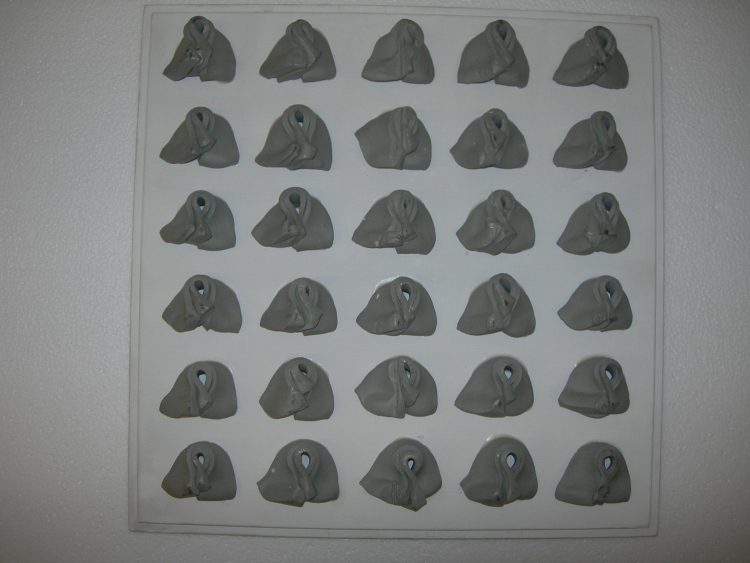 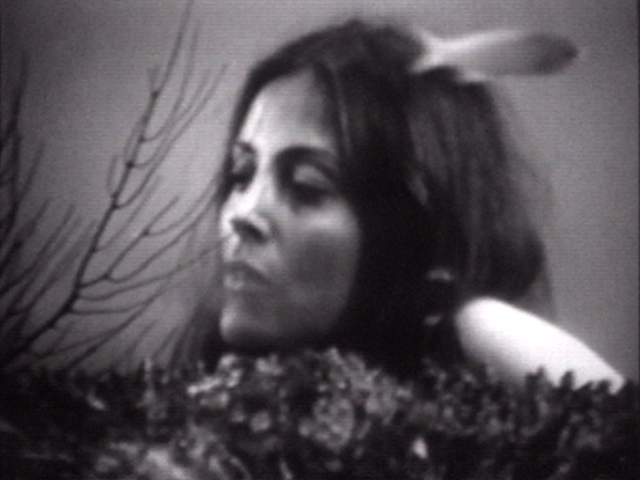 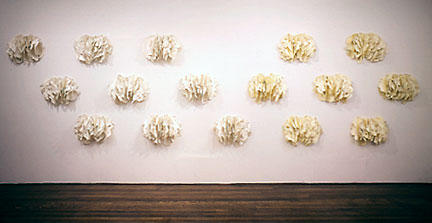 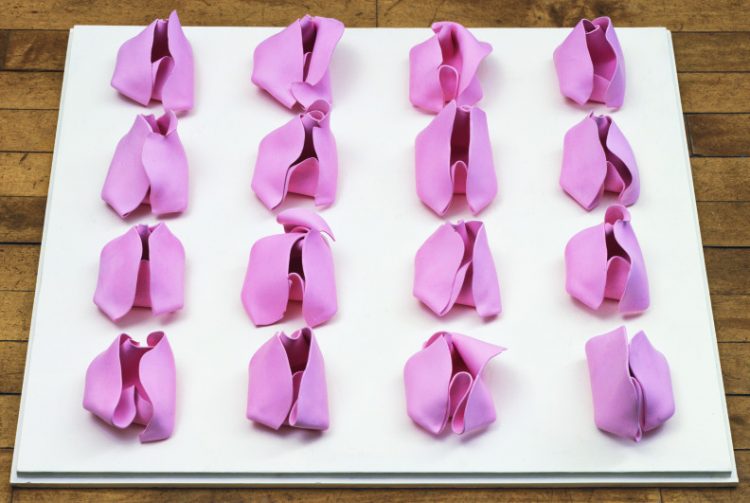 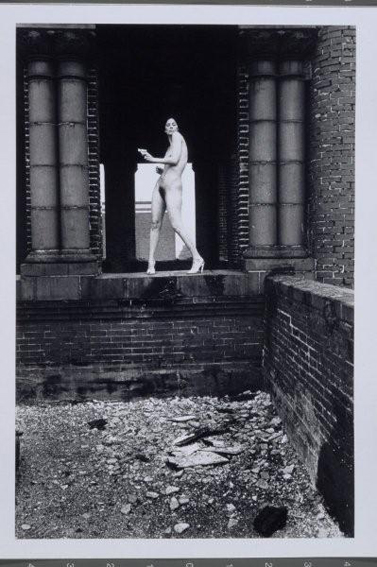 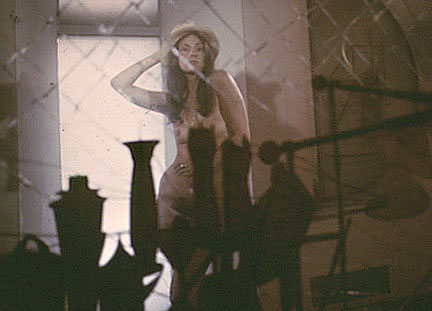 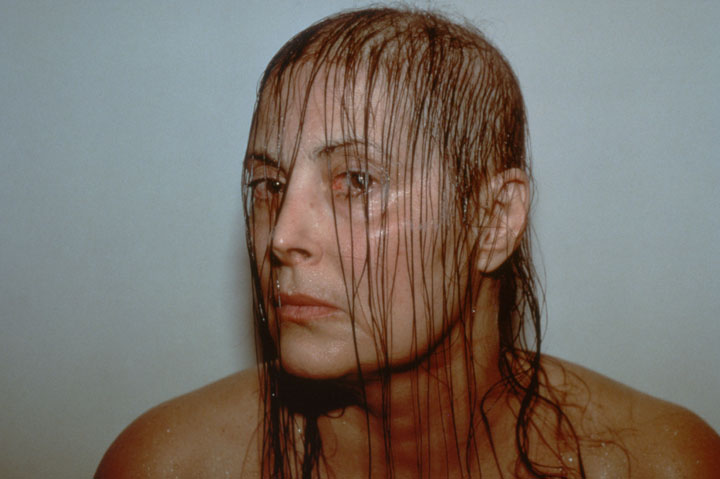