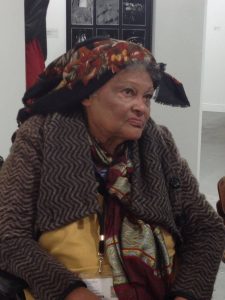 We know that this elusive artist, who cultivated mystery and anonymity, lived in New York for a spell, and married a painter, Dado (Miodrag Djuric). Highly suspicious of discourse, she preferred to let her art speak for itself. She opted for embroidery, a rather anonymous art form, as her art form of choice. Using common materials (linen, cotton, needles, buttons), she turned the overly hierarchical art world on its head. Long discredited, needlework eventually managed to conquer the sacred space that canvas had occupied until then, a symbol for a history of art written by men. Thus, she belonged to the “New Penelopes”, a term coined by art critic Aline Dallier to describe artists who subverted this symbol by adopting a distinctly feminine language. By playing with figuration and abstraction, presence and absence, they developed a highly complex vocabulary disproving embroidery’s reputation as a simplistic and archaic practice.

In a space dominated by emptiness, the loops are stitched and chained together, giving birth to a flora resembling water lilies (Végétation, 1978). Conversely, in Sans titre (1978), mysterious symbols fill the canvas with their alienating repetition to the point of saturation. These primal shapes appear to float, to move, as if constantly mutating. From this coded yet open language, free from the burden of history, from these woven threads emerges a kind of tension, as if something vital was at stake, something akin to survival. “Survival Art” is how the artist describes her work and was the title under which they appeared when shown first at l’Arc in 1975, then at Dallier’s Combative Acts, Profiles and Voices show in New York in 1976. Despite the interest in her art demonstrated by collector Daniel Cordier as well as her undeniable contribution to the revolution of textile arts, Hessie remains a marginal artist. 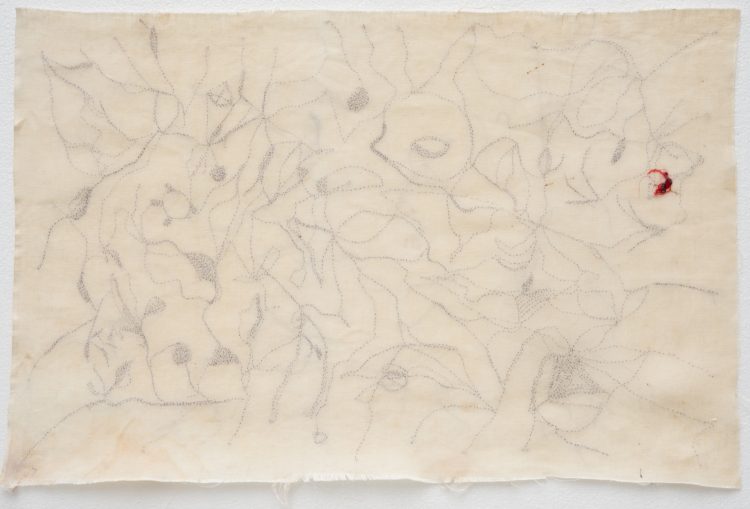 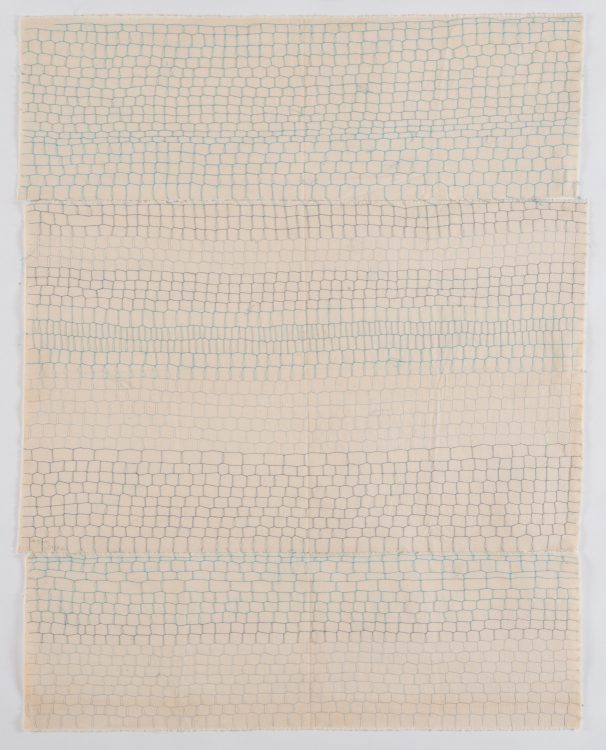 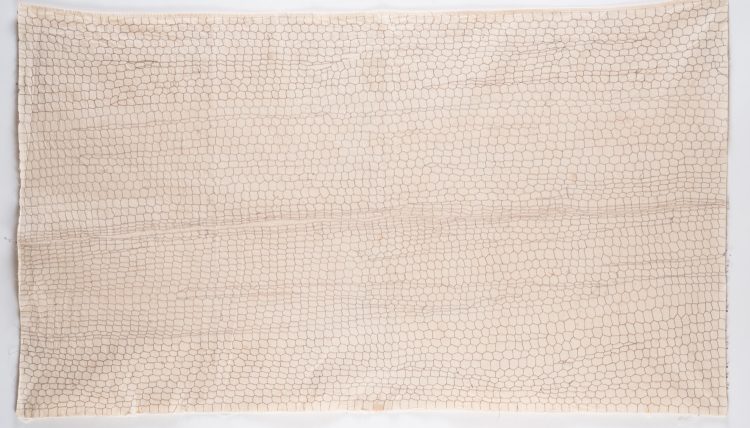 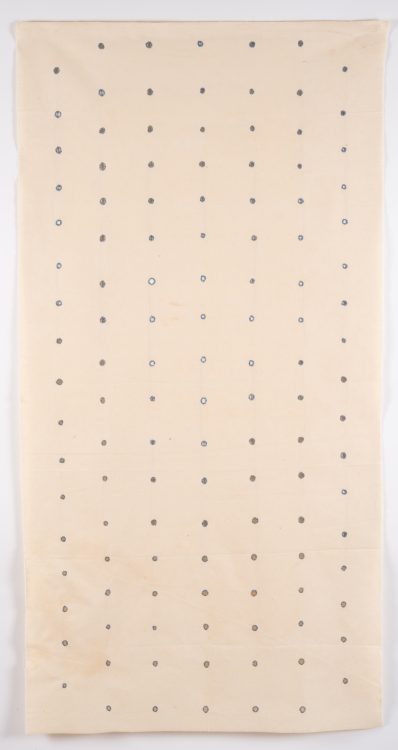 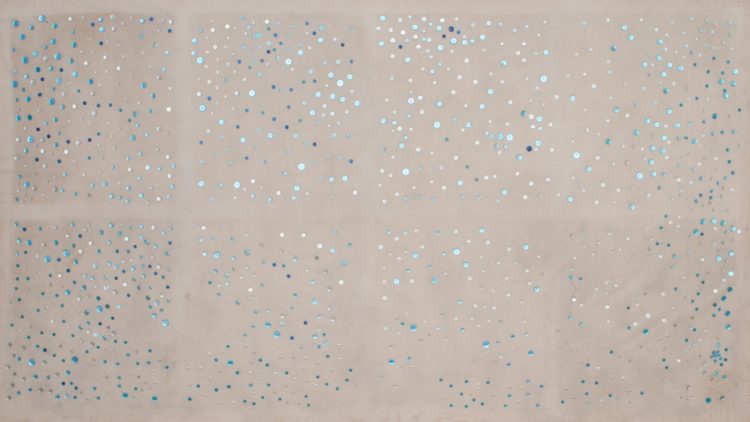 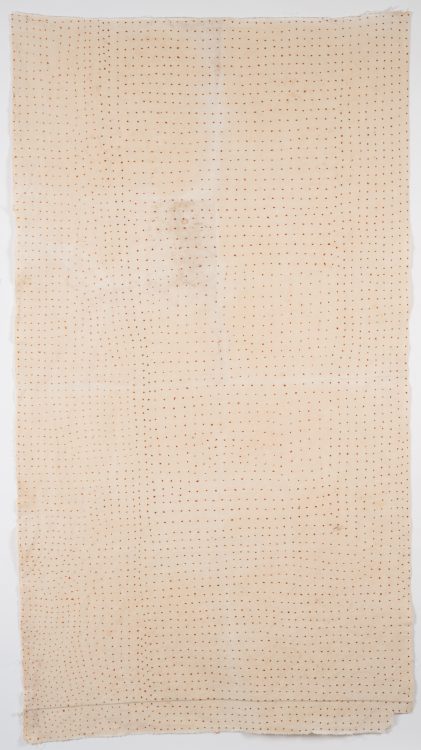 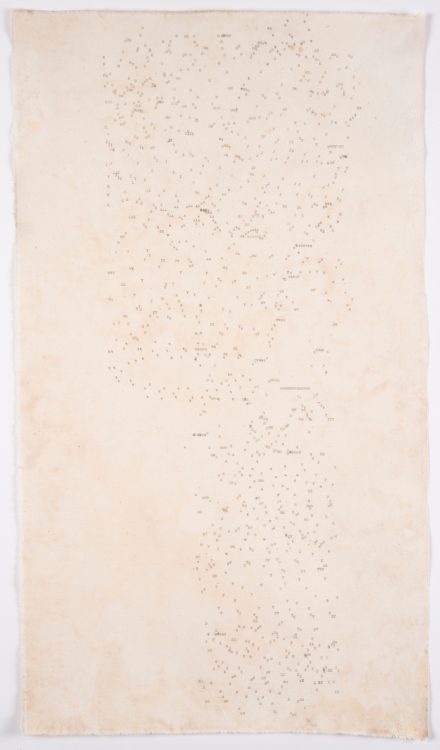 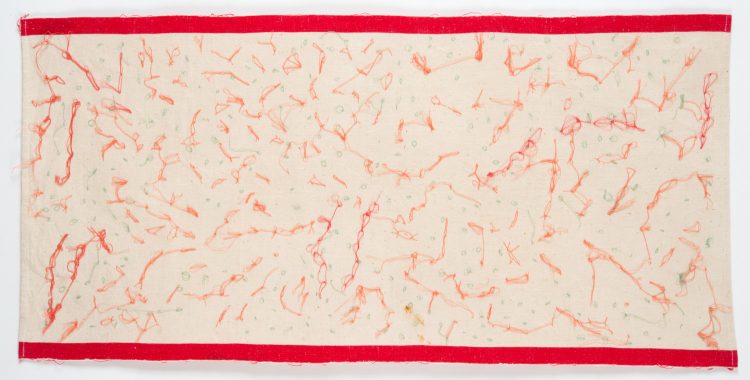 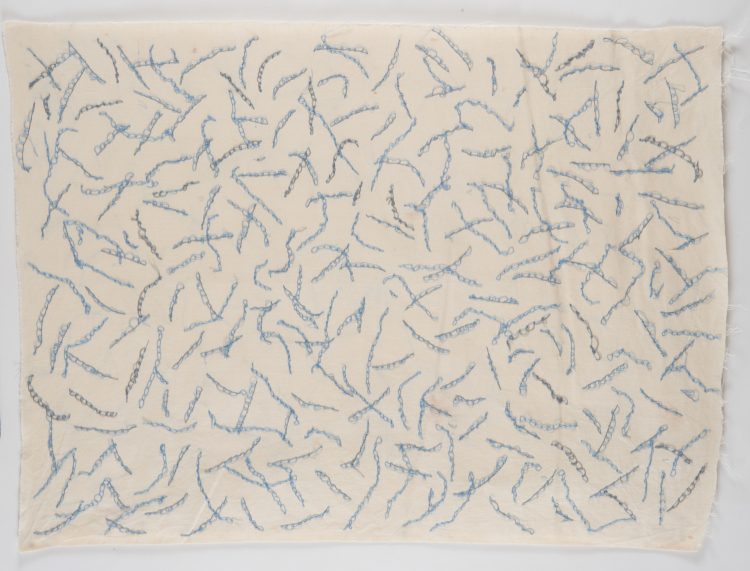 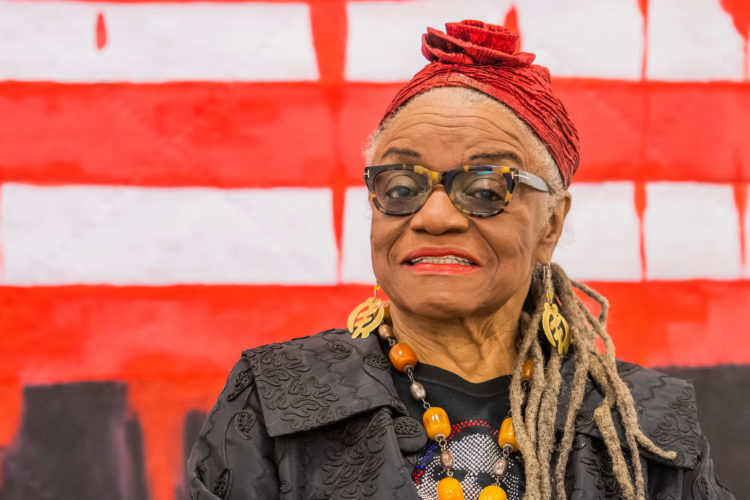