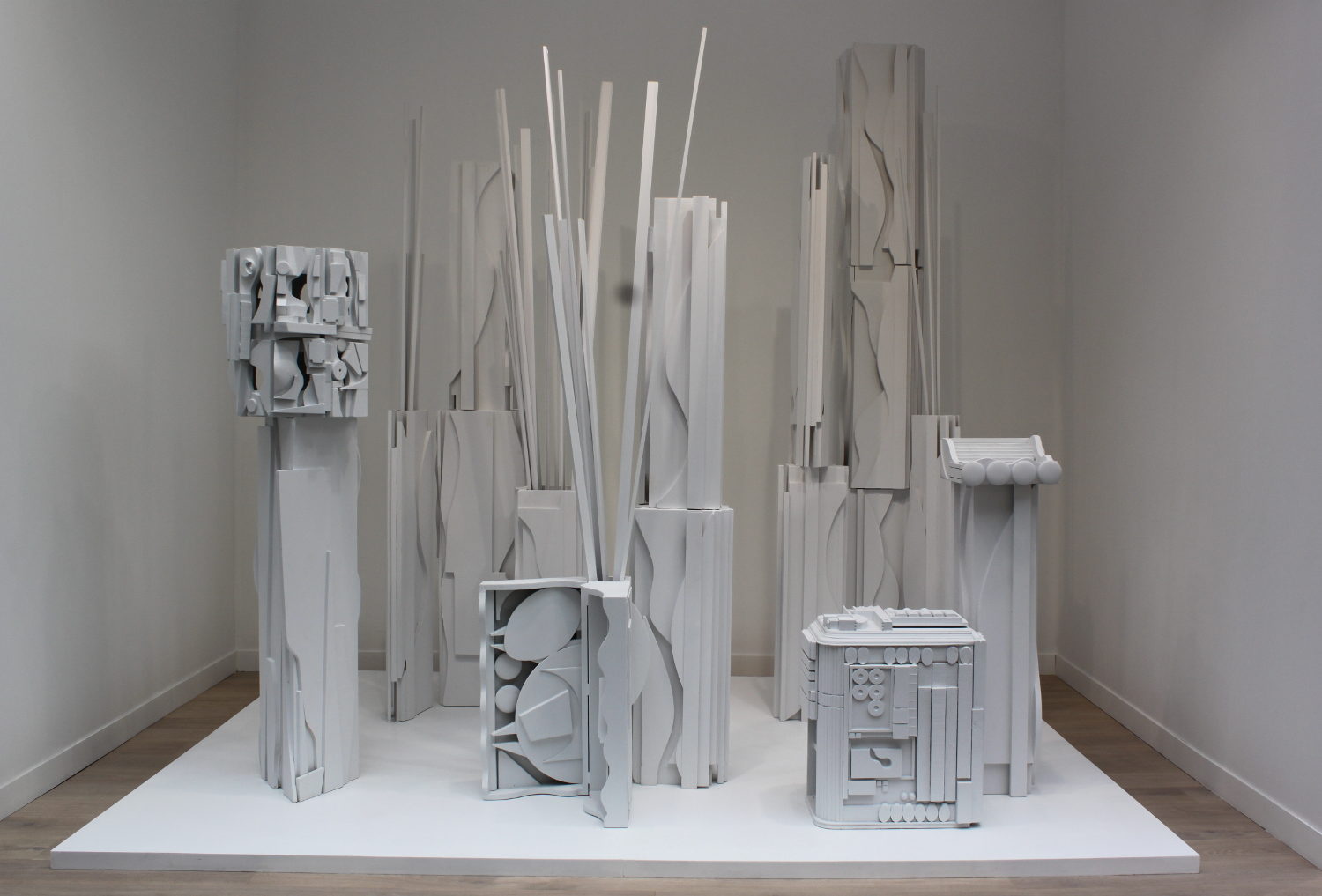 FIAC 2016 was no exception when it comes to a prevalent phenomenon in the art world: with a few exceptions, the established galleries presented in the central nave of the Grand Palais left very little room for women artists. However, the presence of women was more significant in the more prospective galleries on the first floor.

The best surprises of the central nave 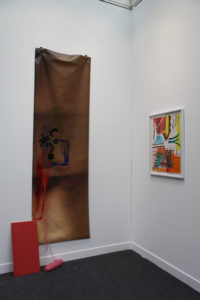 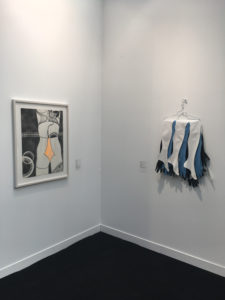 Some ground-floor galleries stood out as being particularly turned towards women’s art. Worth noticing among these was Nathalie Obadia’s stand, where a Jessica Stockholder installation stood alongside a gouache by the late Shirley Jaffe (The artist died on 29 September 2016. The Centre Pompidou is preparing a retrospective of her work for 2017-2018.) and works by Mickalene Thomas, Laure Prouvost, and Valérie Belin. Based on the Salvador Dali drawing Butterfly Chase for the “Invisible Woman”, Nathalie Seroussi proposed a selection of works addressing the representation of women by artists, among which works by many women artists, including a beautiful series by the Austrian Pop artist Kiki Kogelnik. Also worth mentioning were the Carol Rama and Anne Imhof duo at Isabella Bortolozzi’s, the Maria Helena Vieira da Silva and Fabienne Verdier at Jeanne Bucher Jaeger’s, as well as Kaufmann Repetto’s very feminine stand, or the presentation of works by Otobong Nkanga at In Situ – Fabienne Leclerc’s.

The major players – names who need no introduction 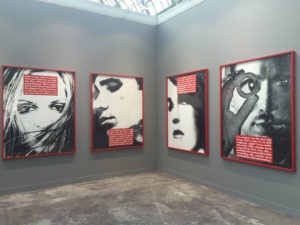 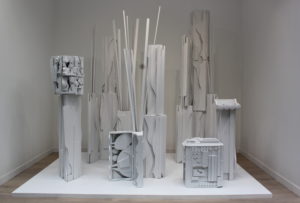 Pieces by the (rare) women stars of the art market were a 1962 wooden Niki de Saint Phalle altar at Georges-Philippe & Nathalie Vallois’; Louise Nevelson’s wooden sculptures at Pace’s; a Marcel Duchamp-inspired ensemble by Sherrie Levine at David Zwirner’s; and large-scale photographs by Barbara Kruger at Sprüth Magers’. Impossible not to notice the presence on several stands of works by Laure Prouvost, a French artist based in London and laureate of the 2013 Turner Prize; of Sheila Hicks at Massimo Minini’s and on the top floor at Frank Elbaz’s; and of Yayoi Kusama at Victoria Miro’s. Vilma Gold associated one of the Japanese painter’s pictures from 1960 with a Natalia Goncharova watercolour and a multimedia installation by newcomer Trisha Baga.

A few favourites from the superior galleries 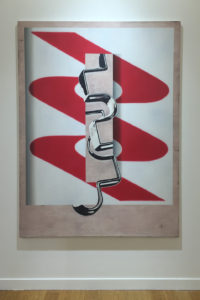 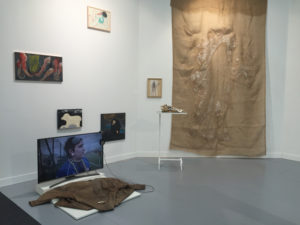 Women were more present in the more intimate spaces on the first-floor walkway. Ellen de Bruijne Projects confronted two videographic installations by the artistic duo Pauline Baudry & Renate Lorenz and French artist Pauline Curnier Jardin, currently in residence at the Rijksacademie. Alongside a Miriam Cahn painting and ceramics by Katinka Bock, Jocelyn Wolff also presented Isa Melsheimer’s encapsulated microcosms of nature. And of course, it was hard not to notice the large pictogram paintings by the German artist Anne Neukamp at Valentin’s. 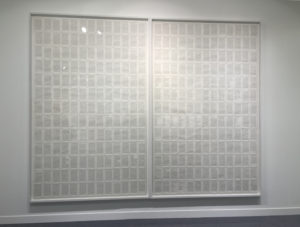 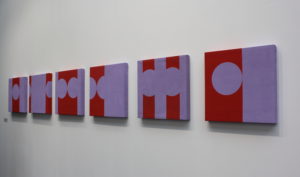 One of the new features of the 43rd edition of the FIAC was the Salon Jean Perrin, which brought together galleries presenting “active historic” artists. This successful, high-quality initiative featured a large number of women artists – unfortunately often the first to be forgotten in history: Hessie at Arnaud Lefebvre’s, Nil Yalter at Espaivisor’s, Irma Blank at P420’s, and Ilona Keserü at Kisterem’s. But there were other rediscoveries in other parts of the fair: a 1977 film and drawings never shown in Europe by the American artist Ericka Beckman at Cherry and Martin’s; the Balice Hertling stand gave prominence to ceramics by the Lebanese artist Simone Fattal; and Fergus McCaffrey showed a large series of hard edge paintings by Californian artist Marcia Hafif. 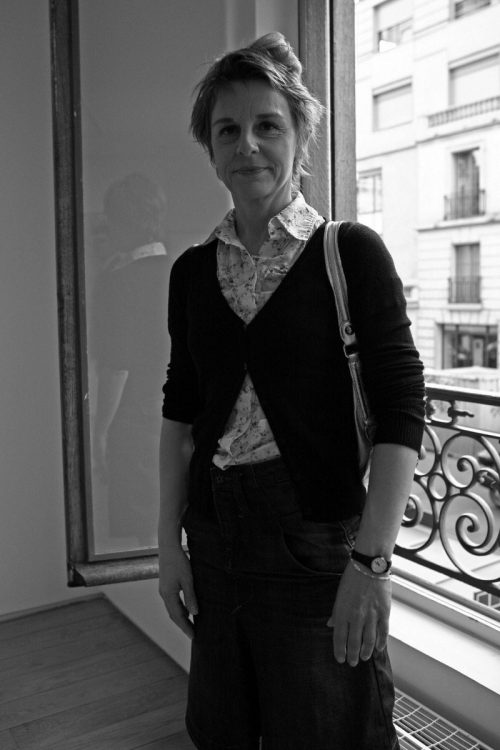 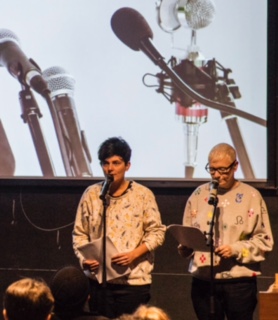