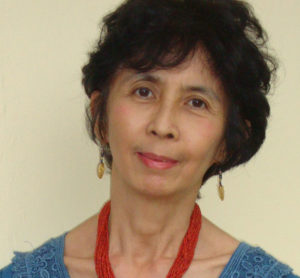 Imelda Cajipe-Endaya has lived and worked in New York since 2004. Her canvases, installations, collages and multimedia works deal with themes of cultural identity, gender, migration, displacement and globalisation. She has participated in the 9th Biennale of Sydney, the 1st Asia-Pacific Triennial of Contemporary Art in Brisbane, and in group exhibitions at the Museum of Contemporary Art, Tokyo, the Queens Museum, New York, the Grand Théâtre d’Angers in France, and the Centro Cultural Conde Duque, Madrid. She has received several prizes for her work, including the Centennial Honors for the Arts from the Cultural Center of the Philippines in 1999 and that of the American Society of Contemporary Artists (ASCA) in 2008.

She is recognised in the contemporary art world for her distinctive feminine visual language and statments, and her cultural vocation supporting women. She is the founder and first president of Kasibulan, a group of women artists in the Philippines. She curated the exhibition Who Owns Women’s Bodies? at the Creative Collective Arts Center in Philadelphia, which then travelled to the Philippines, Thailand and Japan. 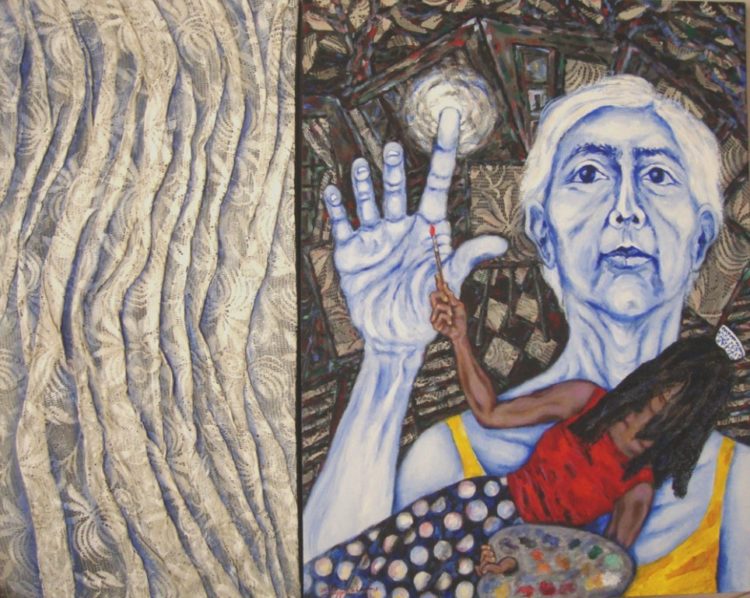 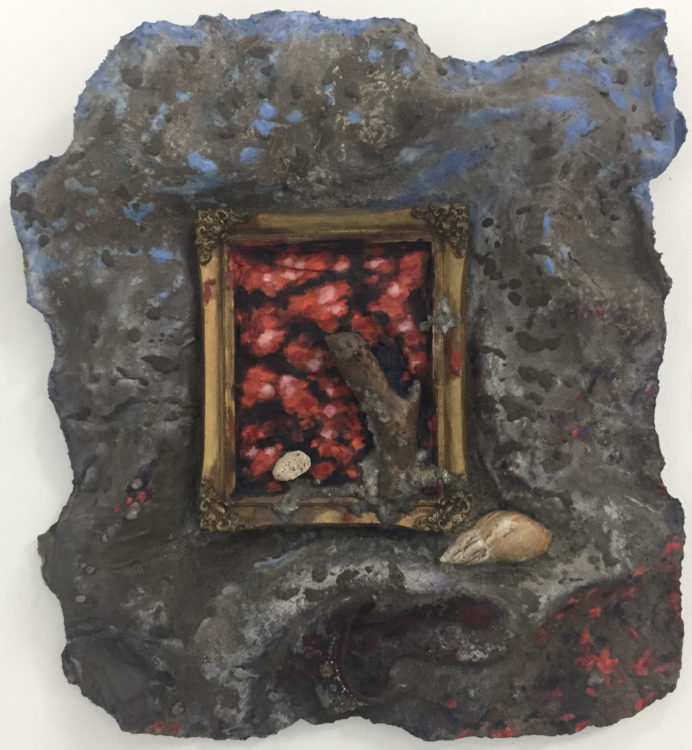 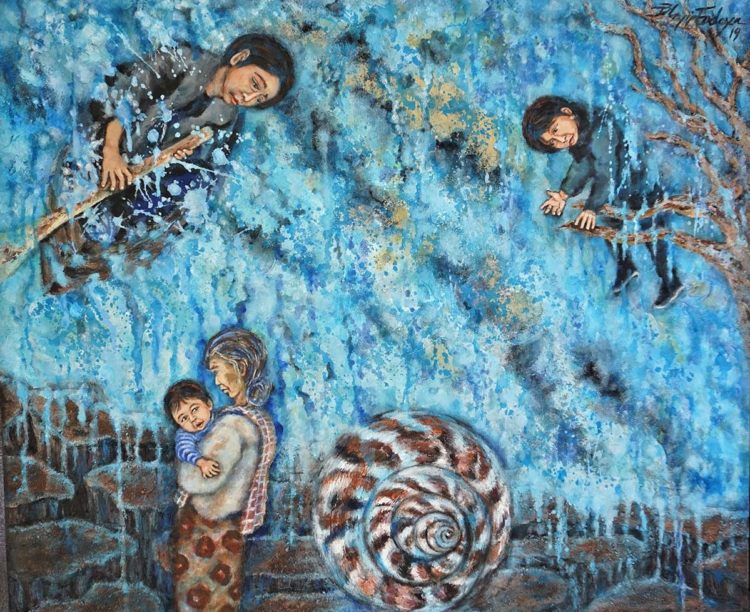 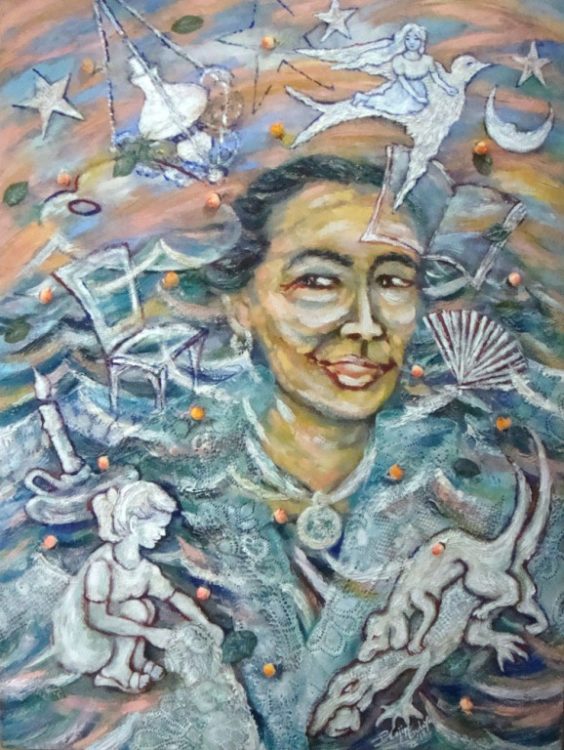 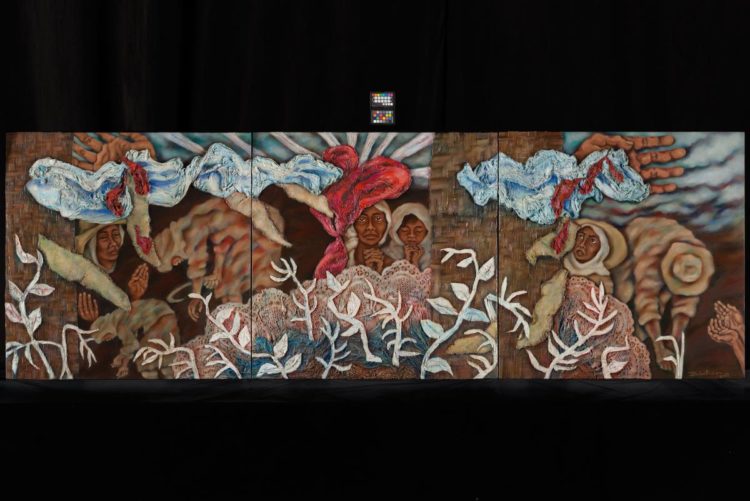 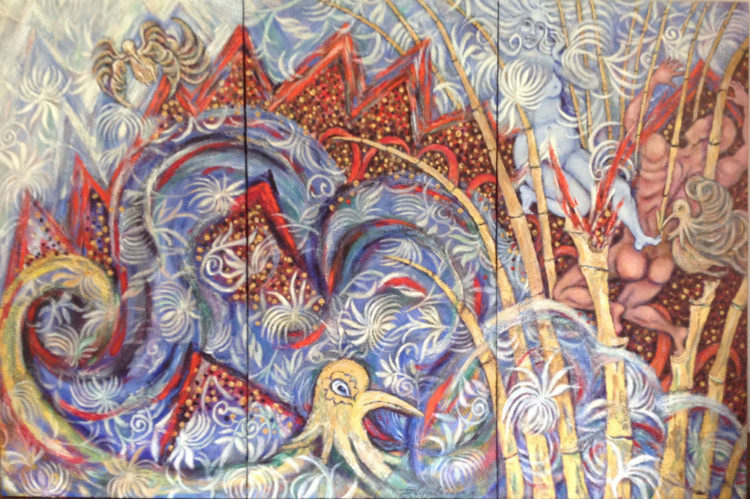 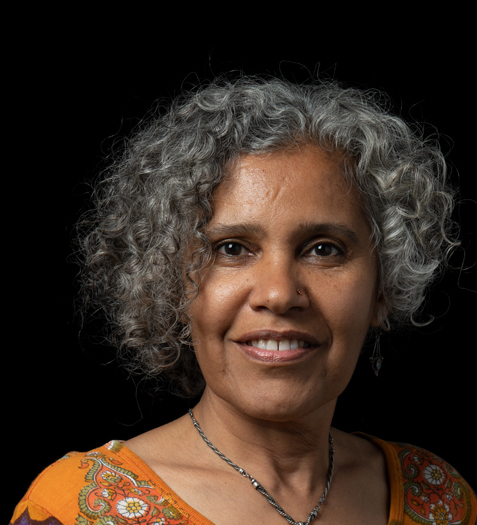