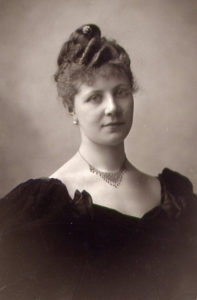 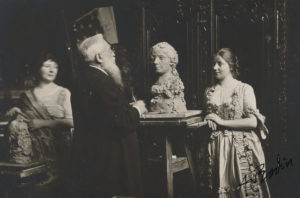 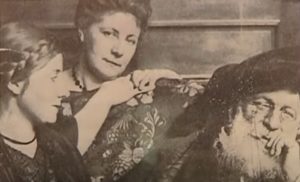 Jeanne Bardey grew up in Lyon, in a wealthy family of art enthusiasts. In her early thirties she started to take drawing lessons from her husband, painter-decorator Louis Bardey (1851-1915). From 1904 she exhibited at the Salon de Grenoble, the Salon de la Société Lyonnaise des Beaux-Arts and, in Paris, at the Salon des Indépendants and Salon de l’Union des Femmes Peintres et Sculpteurs (UFPS, Union of women painters and sculptors). She studied under colourist Jacques Martin (1844-1919), with whom she leant to paint small portraits and still lifes. In 1907 her urge to perfect her craft led her to move to Paris, where she took lessons for some time at the Académie Julian and became friends with François Guiguet (1860-1937), who would become her painting and drawing tutor.
In late March-early April 1909 she met Auguste Rodin (1840-1917), who expressed his admiration for the sketches she showed him. They exchanged several letters and the famous sculptor admitted her into his studio in June-July of that same year. As one of his last students, friend and confidante, J. Bardey started out with interpretations of the master’s works. She immersed herself in Rodin’s style, which is visible both in her portraits and realistic nudes as well as in her albums of dancers. Over the course of three years, until 1911, she spent time at mental institutions in Villejuif, at Salpêtrière (Paris) and Vinatier (Bron), drawing portraits of patients to illustrate medical treatises. A. Rodin admired this major body of work and he and J. Bardey started working together on frescoes for the Musée du Luxembourg in early 1911. In Lyon in 1912 she organised the first solo exhibition devoted to A. Rodin outside of Paris, which presented drawings and engravings at the former Saint-Jean archbishop’s palace (now a library). J. Bardey remained close to A. Rodin until 1916, after which she was definitively removed from his entourage following the “battle of the Musée Rodin”.

The 1920s and 1930s saw the artist’s return to her hometown, where she continued to work on her preferred subjects: portraits, nudes, and nature. Her engravings were used as illustrations for three publications: Pierre Louÿs’ Une volupté nouvelle in 1929, Jules Lemaître’s Madame Récamier in 1930, and the second edition of Édouard Herriot’s Sous l’olivier in 1932. She entertained her friends from political, artistic and literary circles, and sculpted their portraits. The entire collection, comprising thirty-five heads and busts, is now kept at the Musée des Tissus and Musée des Beaux-Arts in Lyon, and is one of her most remarkable bodies of work. In Lyon and in Paris she exhibited at salons and at Galerie Maire-Pourceaux in 1921, at Galerie Saint-Pierre in 1921 and in 1928, at Galerie Bernheim-Jeune in 1921 and 1923, and at Galerie des Archers in 1928. She was awarded the Albert Morancé prize in 1923 for her copper engraving La Cigarette, the Paul Chenavard prize in 1929 for her bronze sculpture Torse de femme (Female torso), and the Société des Cayons Conté prize in 1930. After receiving the Knight of the Legion of Honour medal in 1934, she and her daughter Henriette (1894-1960) were commissioned to make engravings for the central portico of the new Hôtel des Postes in Lyon, based on the city’s life in the 16th century.

J. Bardey spent some winters in Egypt in her later years. Her five stays in the country, between 1938 and 1953, gave her opportunities to discover its archaeological vestiges and the life of the fellahin of the Nile. There, she produced close to four hundred drawings, paintings and rubbings/imprints. When she died in 1954 she designated the Lyon chamber of commerce and industry as her sole heir. Today the contents of her studio, a wealth of personal documents, two thousand graphic art pieces and over six hundred sculptures are kept at the Musée des Tissus in Lyon. Some of her works are also kept at the Musée des Beaux-Arts in Lyon and at the Musée Rodin, the library of the National Institute of Art History and the Musée d’Orsay in Paris. 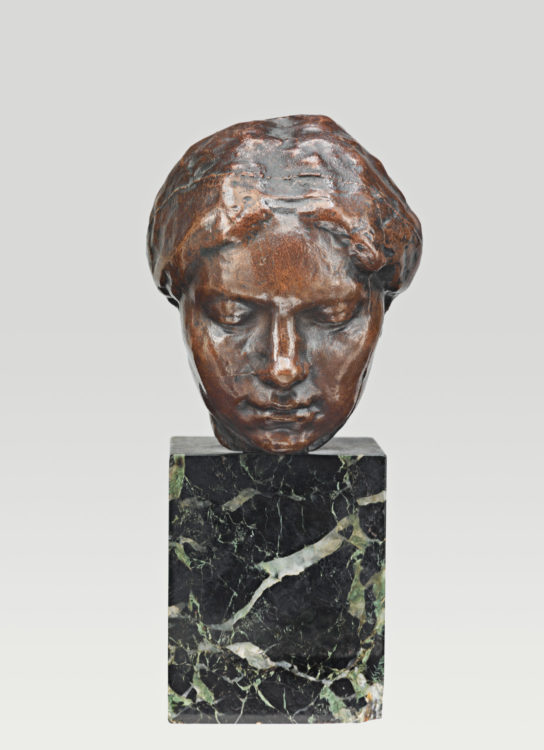 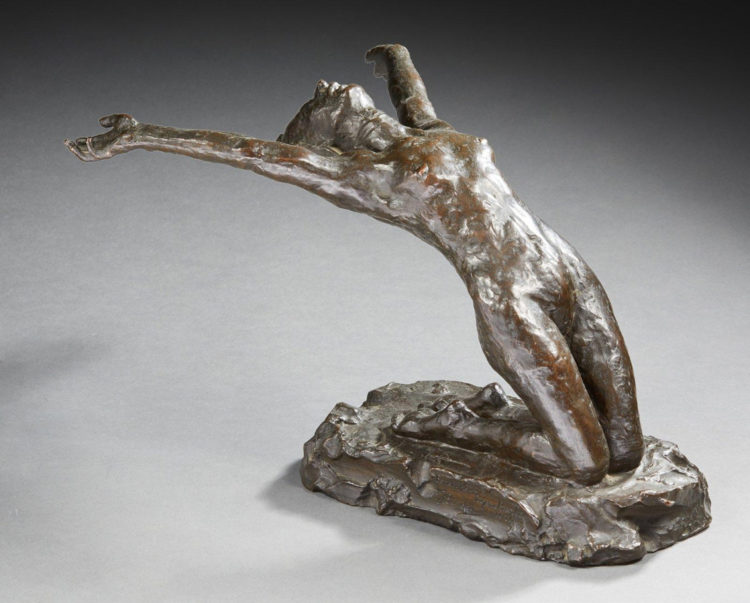 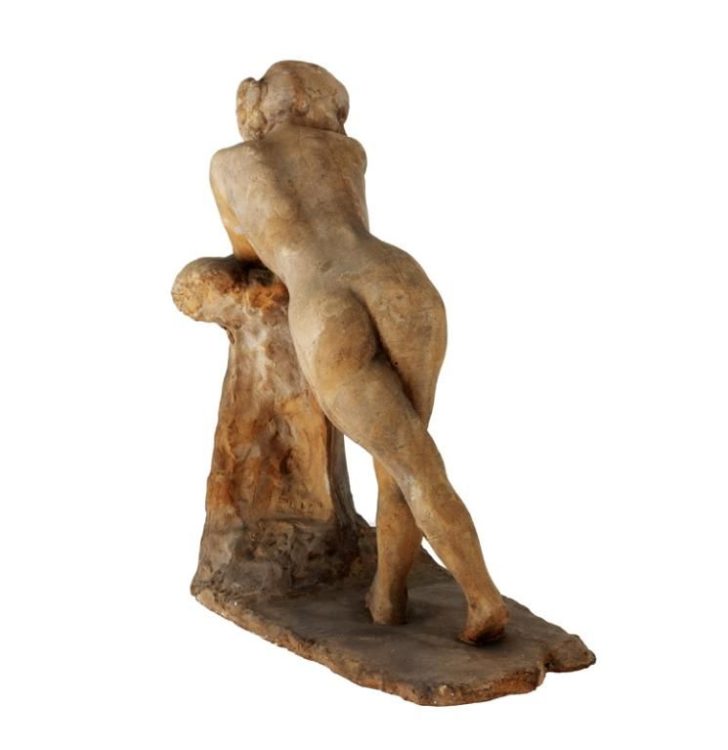 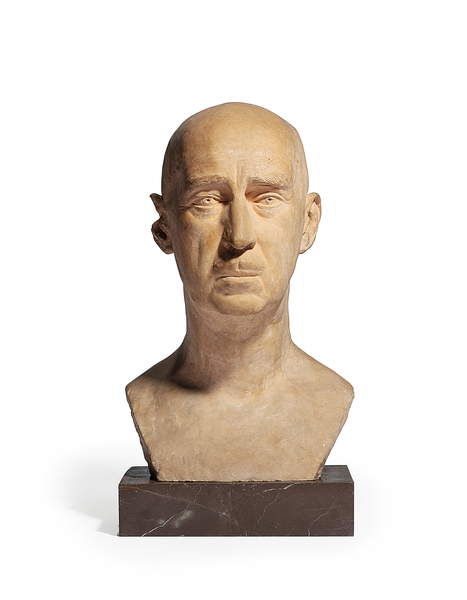 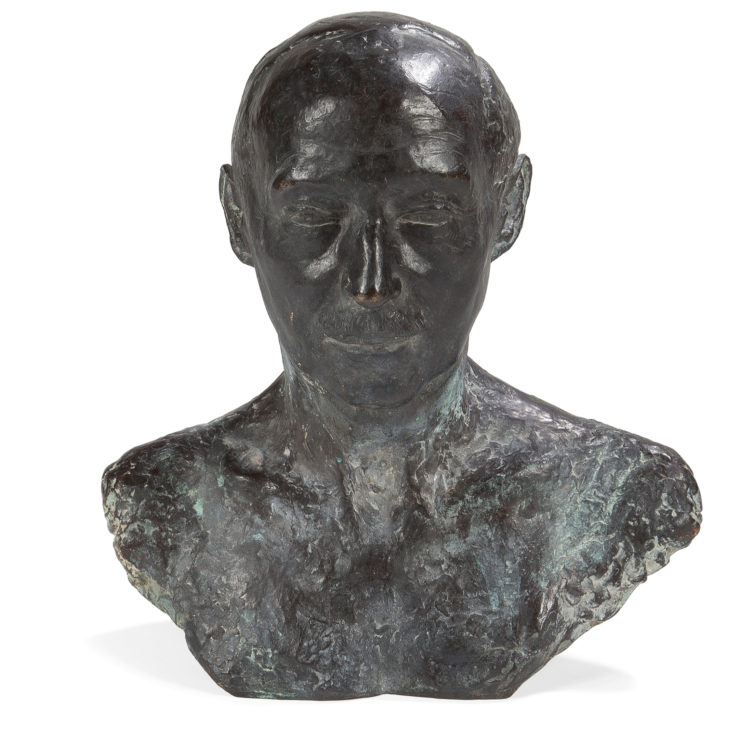 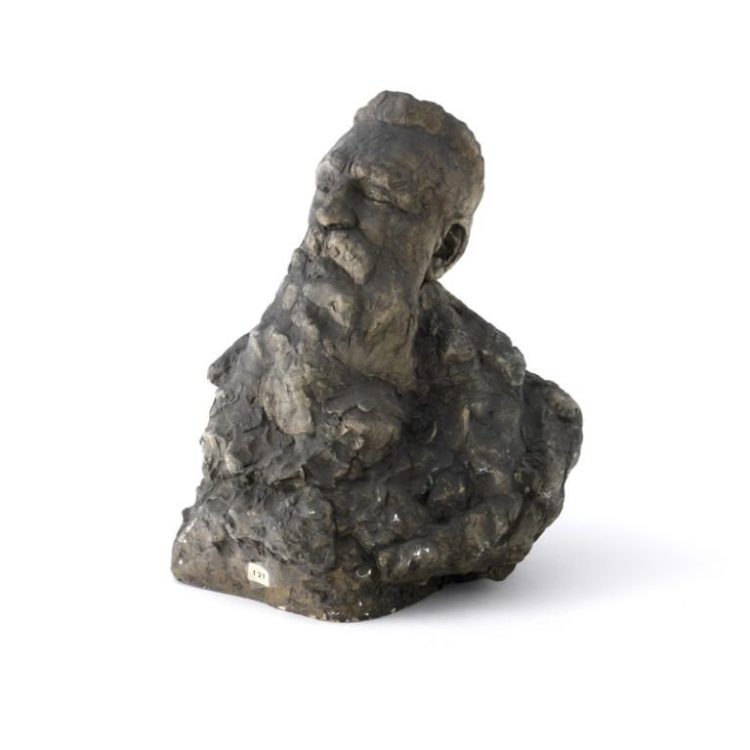 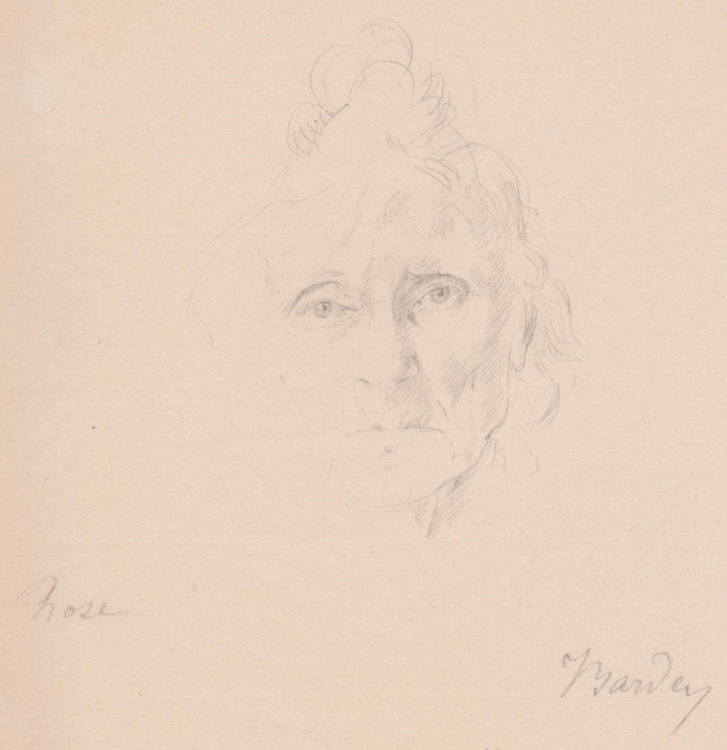