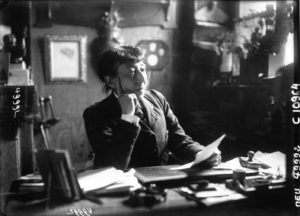 Louise Abbéma was born to a wealthy aristocratic family with ties to Parisian artistic circles. She was the daughter of viscount Émile Abbéma, stationmaster of Étampes, and the great-granddaughter of Théâtre-Français actress Louise Contat and count Louis de Narbonne, who served as Minister of War under Louis XVI. She began to study painting with history painter Louis Devedeux (1820-1874) and later in the studios of Charles Chaplin (1825-1891), Jean-Jacques Henner (1829-1905) and Carolus-Duran (1837-1917).
Her works were exhibited at the Salon des Artistes Français from 1874 to 1926, where she was awarded an honourable mention in 1881, as well as a bronze medal and silver medal at the 1900 Paris Exposition. She also exhibited her works eight times at the Galerie Georges Petit and at the Woman’s Building of the World’s Columbian Exposition of 1893 in Chicago.
She met Sarah Bernhardt (1844-1923) in 1871 and would maintain a long artistic and romantic relationship with the actor until her death. In 1876 L. Abbéma presented her Portrait de Mlle Sarah Bernhardt, sociétaire de la Comédie-Française,at the Salon. The painting was her first success, with the following review in the 1 May 1876 edition of The Times: “This isn’t merely a picture of the actress, but rather of the female artist in all of her glory.” In 1878 she exhibited a medallion of Sarah Bernhardt in profile (1875), to which Bernhardt responded with a marble bust of L. Abbéma (1878). The latter also depicted one of the soirées that the actress held in her conservatory in her canvas Le Déjeuner dans la serre [Lunch in the glasshouse, 1877]. L. Abbéma became an artistic figure in Parisian socialite circles through her contact with high society and the bourgeoisie, which commissioned works from her, such as the Parfums ceiling for the perfumer Guerlain, presented in 1896. Her studio also served as a salon where she entertained guests.

Faithful to her motto, “Je veux” (I want), she experimented with various techniques: oil painting, pastels, watercolours, sculpting and engraving. She made many portraits of actresses from the Comédie-Française and public figures (painted portraits: Mlle Jeanne Samary, 1879; Mlle B. Baretta, 1880; Portrait of Mme la comtesse de Martel, 1892; Portrait of M. Fernand Le Grand, director of the Société de la Bénédictine de Fécamp, 1901; engraved portraits: Paul Mantz, Jean-Jacques Henner, Charles Garnier, Jean Alexandre Joseph Falguière, and more), as well as landscapes. She also designed decorative panels, posters, advertisements, book illustrations (particularly for René Maizeroy’s La Mer) and fans. Her lively and light touch attests to her academic inspirations – some critics also saw in them a reference to the Impressionists and Édouard Manet (1832-1883). Japanese art was also a major influence on her work.
Several of her compositions can be found on the walls of public buildings: the Hôtel de Ville of Paris and town halls for the 7th, 10th and 20th arrondissements. L. Abbéma designed decorations for Notre-Dame-de-Lorette Church, the Theatre Sarah-Bernhardt (now the Théâtre de la Ville), the Musée de l’Armée, the French national horticultural society and the palace of the governor of Dakar, Senegal.

In addition to her status as an officer of the French order of academic merit, knight of the order of agricultural merit, officer of the order of merit of Saxe-Coburg since 1883, member of the painting section of the French horticultural society and of the committee of decorative artists, L. Abbéma was also awarded the French Legion of Honour in 1906. Despite the recognition she enjoyed during her lifetime, no monographic exhibition of her work has ever been held since her death. 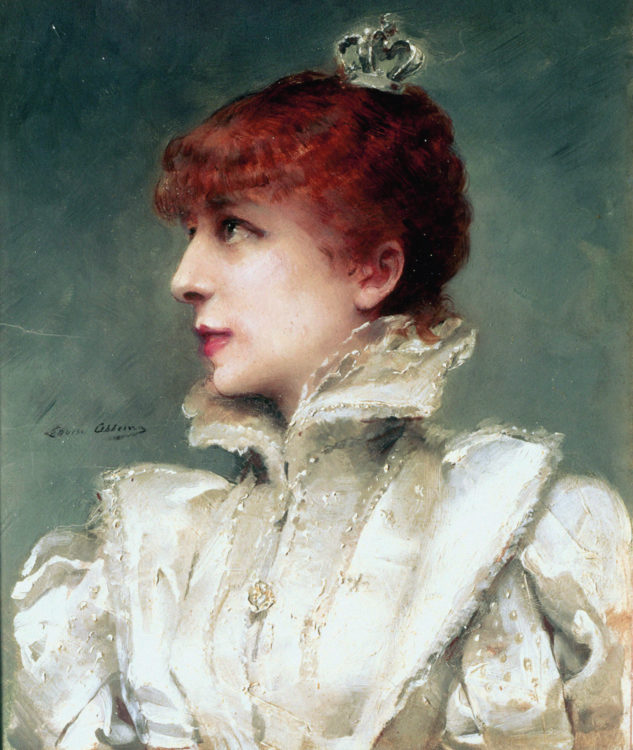 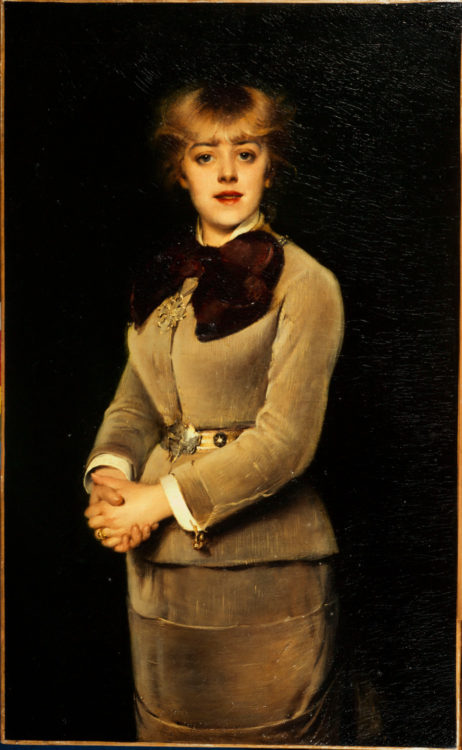 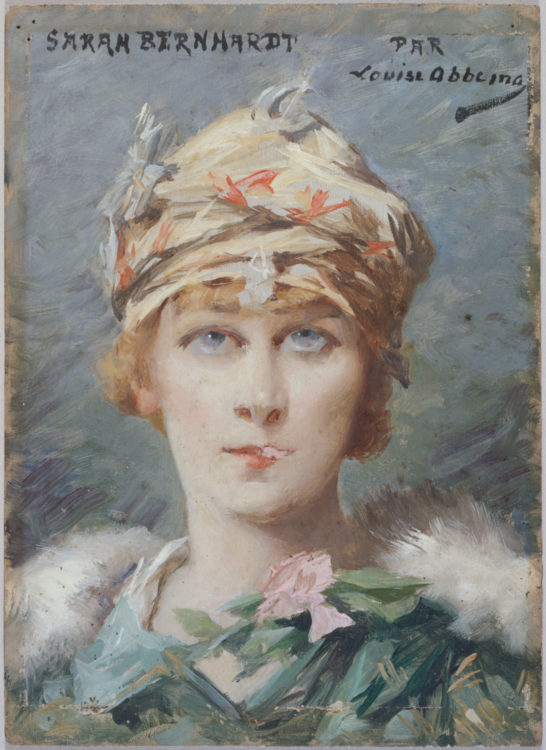 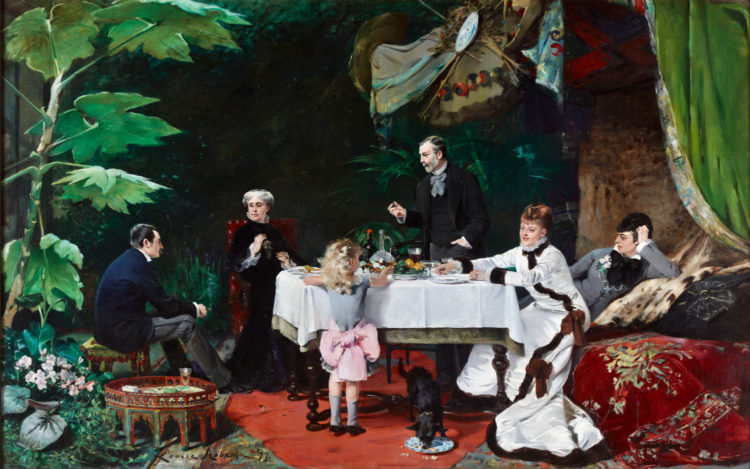 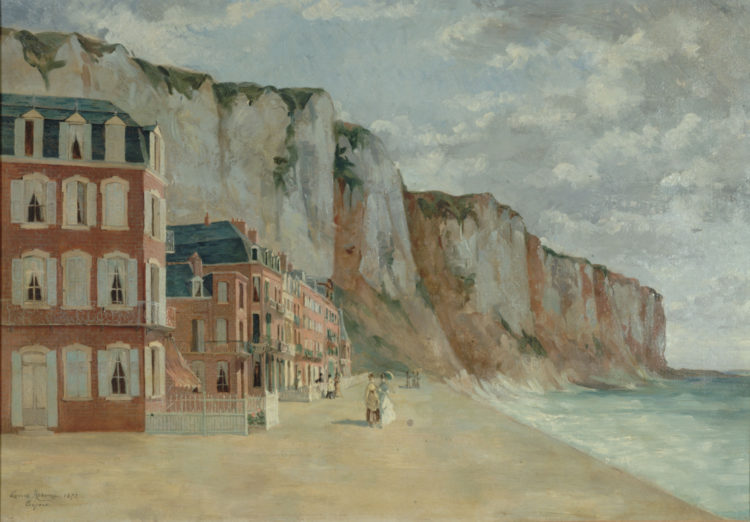 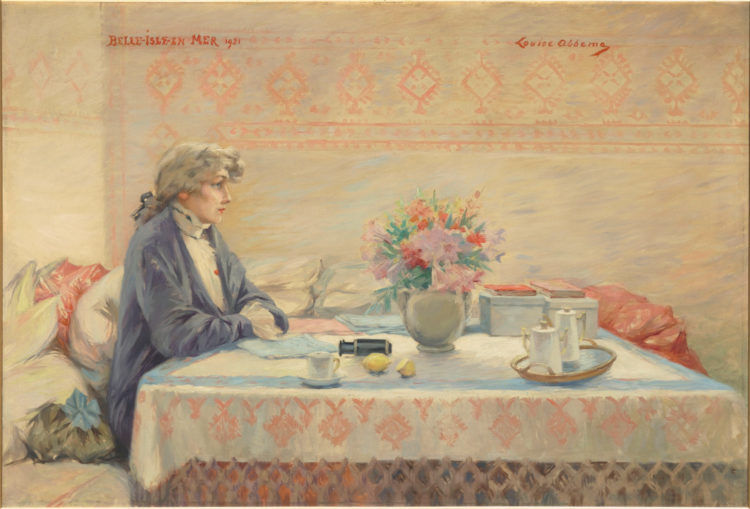 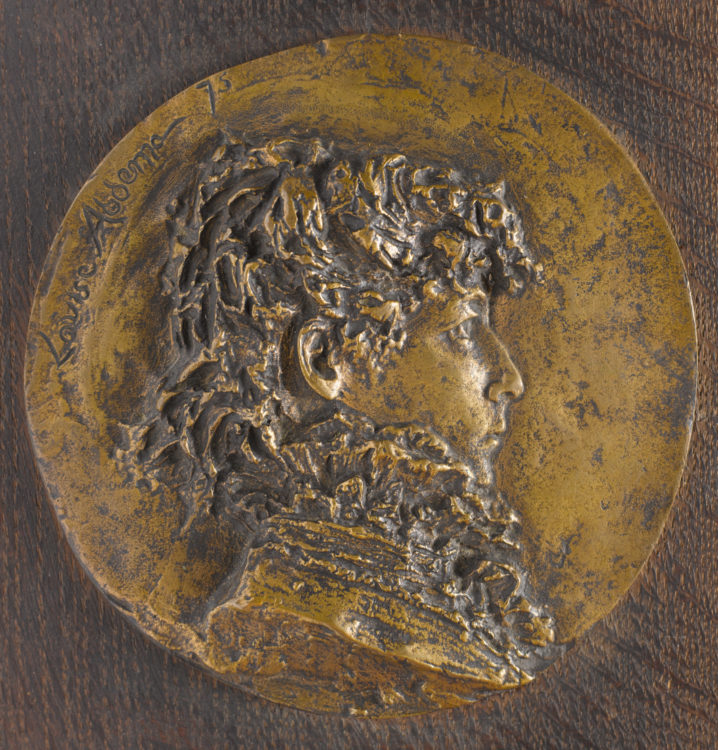 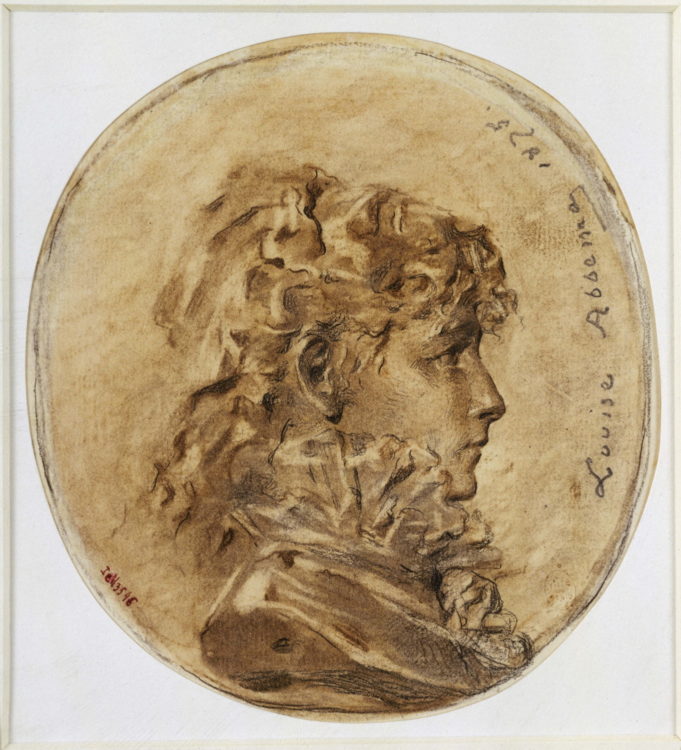 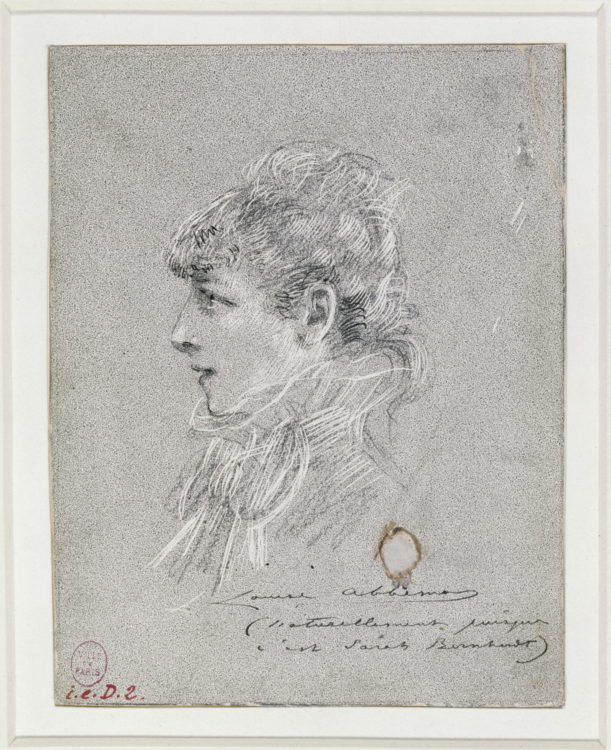 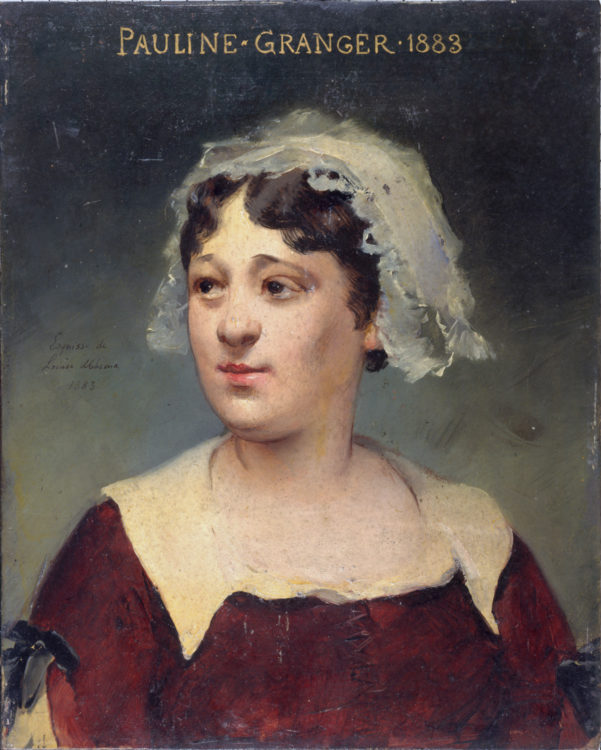 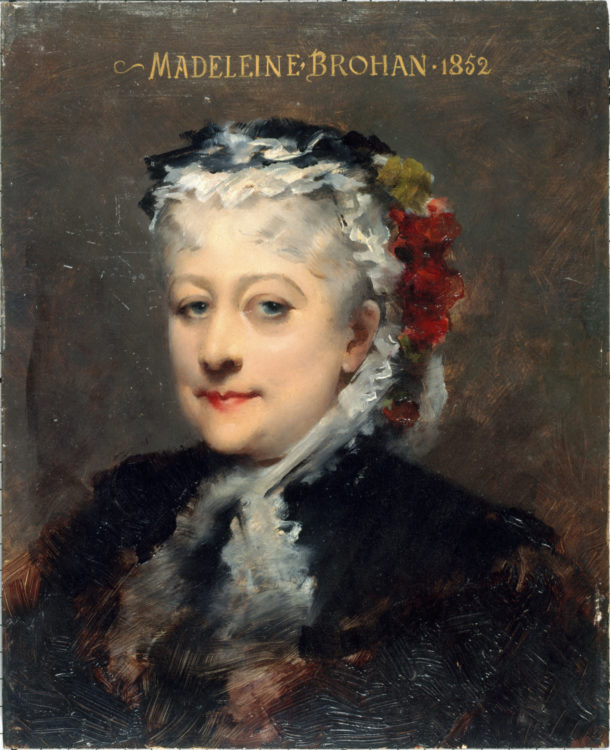 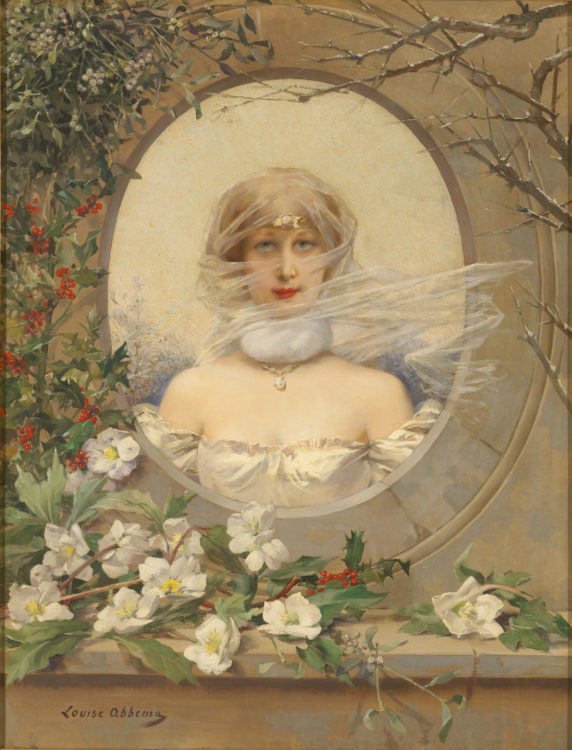 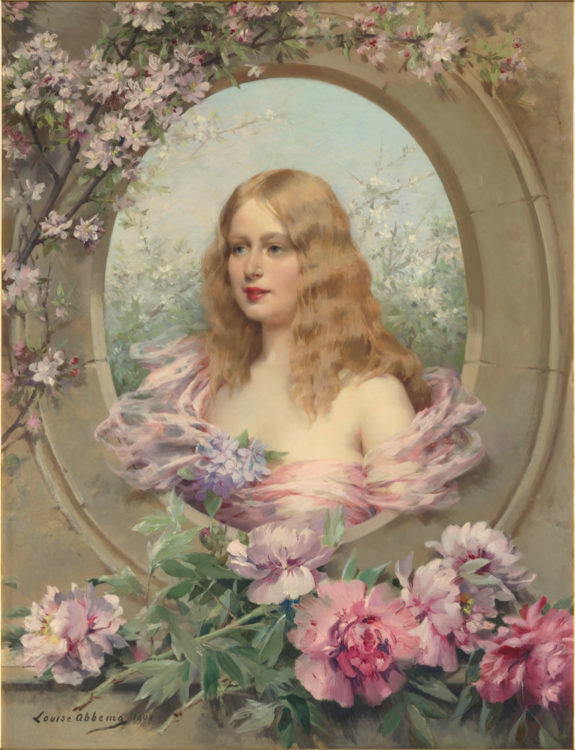 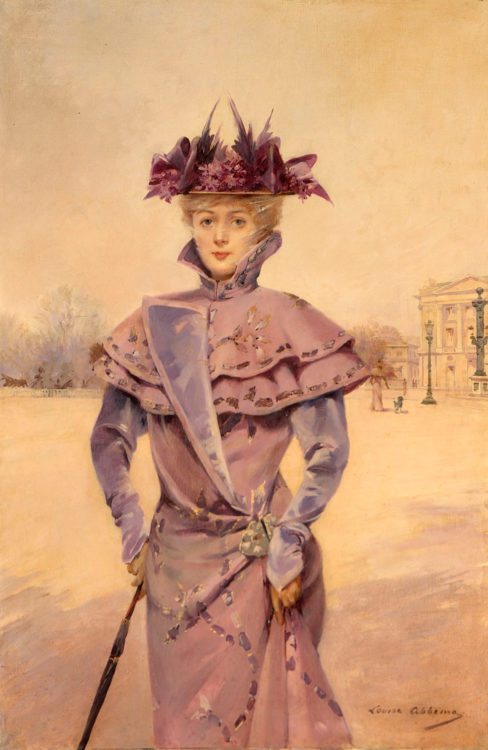 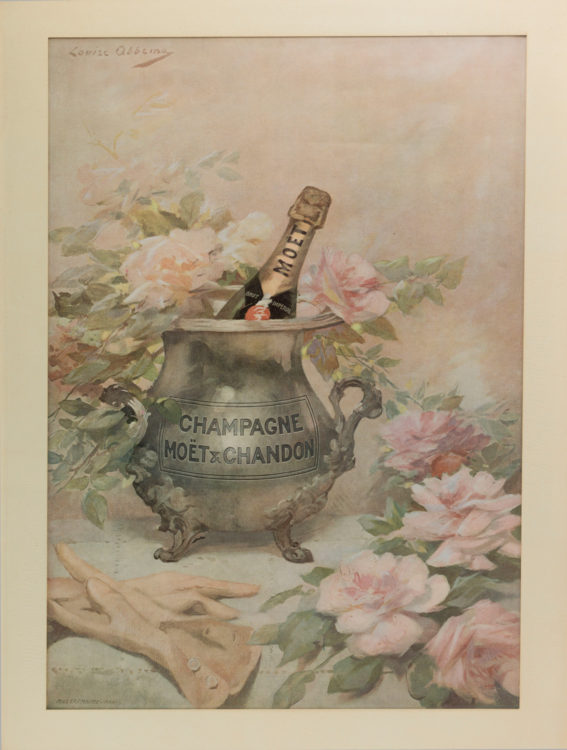