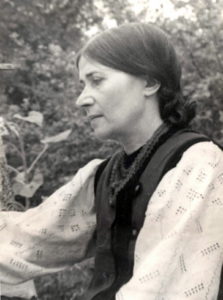 Born to a rural family without any schooling, Kateryna Bilokour devoted herself to her passion for painting in secret, as her parents considered it to be a useless talent. Her attempts to study art ended in failure and an attempted suicide, but nevertheless marked a turning point in her life. She decided to become a painter and began oil painting while also trying to study diverse pictorial techniques. Two of her most well-known paintings are Beriozka (The Small Birchtree, 1934), now lost, and Kvity za tynom (Flowers Behind the Palisade, 1935). In 1939, touched by the voice of Oksana Petroussenko, K. Bilokour wrote her a letter accompanied by a drawing to illustrate the song she heard on the radio. Despite the unlikely address, the letter reached the singer, who spoke of it to her entourage. This was the beginning of the artist’s success. K. Bilokour’s first solo exhibition, which featured eleven paintings, took place in Poltava in 1940. After this came a bonus trip to Moscow, visits to art galleries, other solo exhibitions, and the acquisition of her paintings by the Museum of Decorative Folk Art in Kiev, which today holds the largest collection of her works. In 1954, she enjoyed a presentation at the Soviet exhibition in Paris. The three paintings she exhibited there attracted the attention of Pablo Picasso, who compared her work to that of painter Seraphine de Senlis. 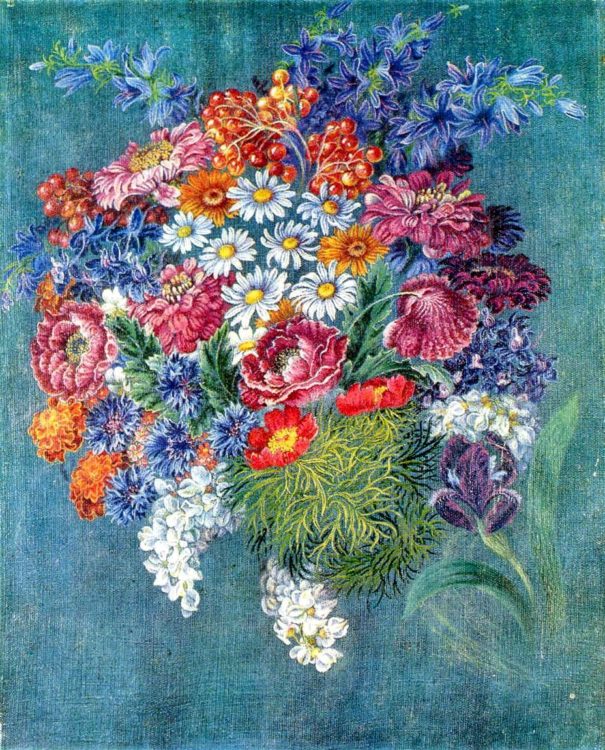 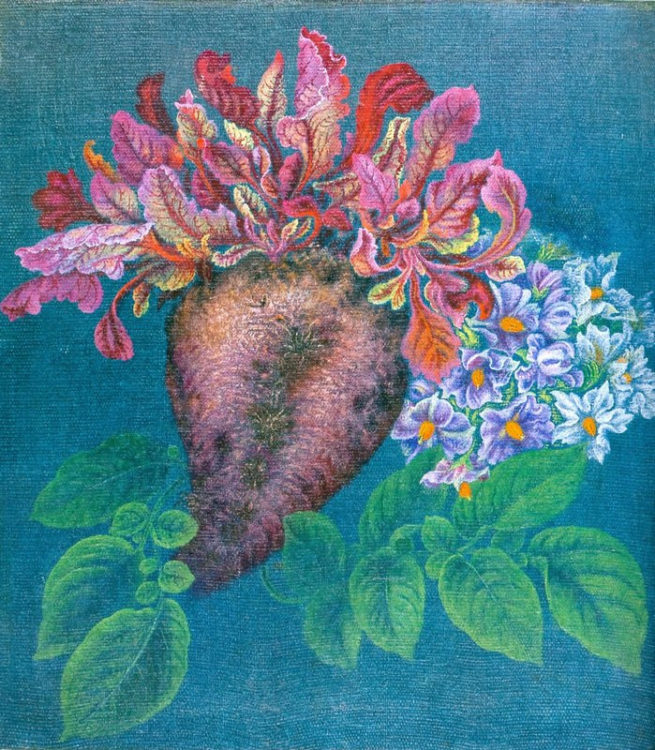 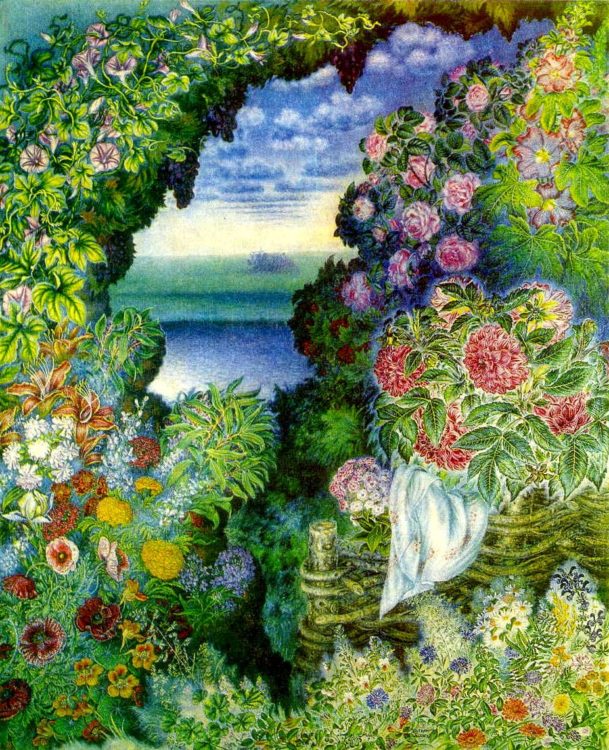 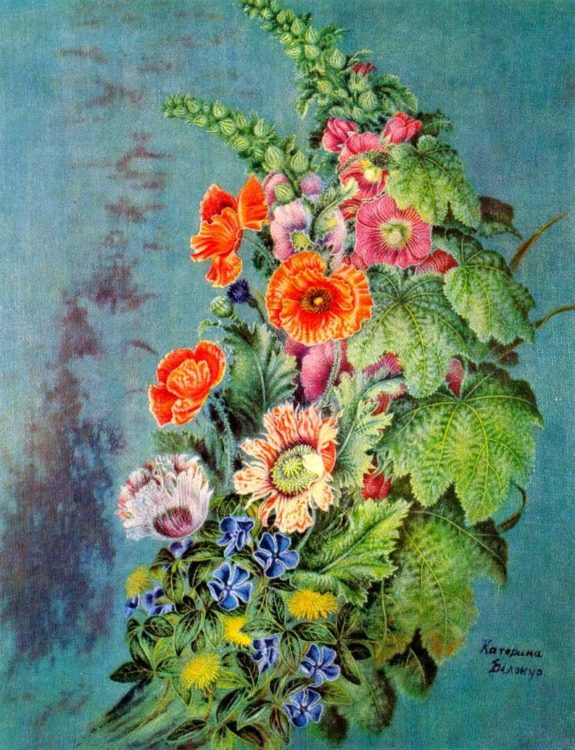 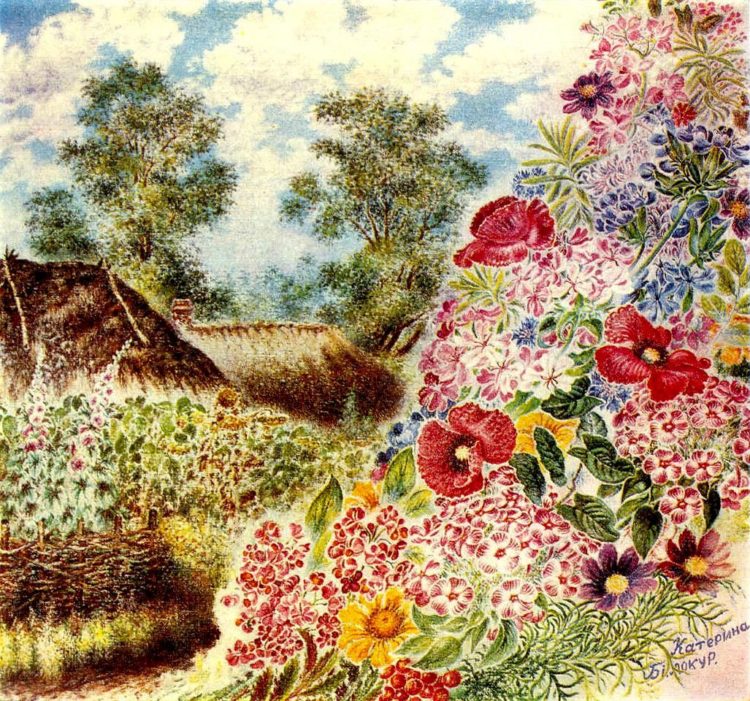 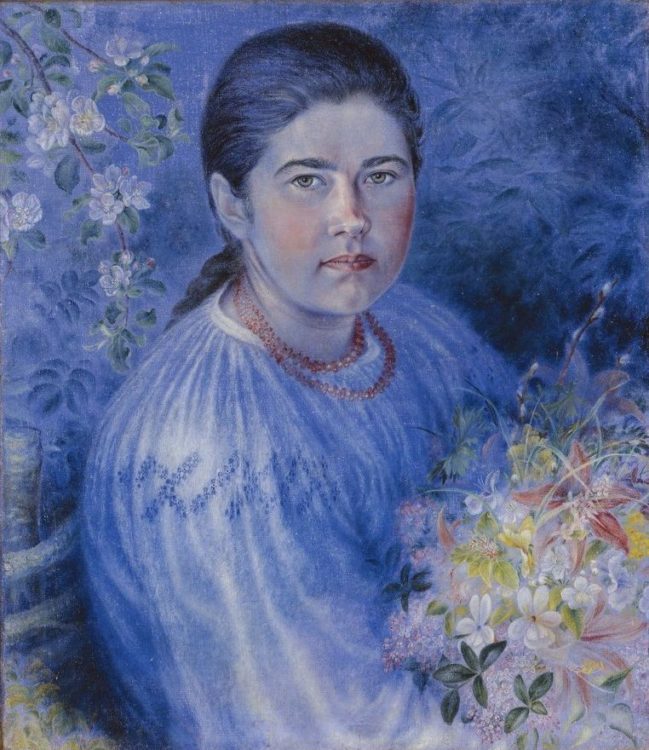