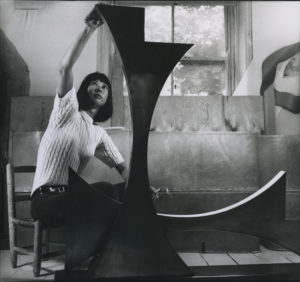 Kim Lim was born in Singapore and grew up in Malaysia. After studying in Singapore, she went to Central Saint Martins in London where she worked with wooden sculpture for two years (1954-1956) before studying printmaking at the Slade School of Fine Art (1956-1960). During a trip in Europe and Asia, she developed an interest in archaic motifs, and the rhythm of Indian and Asian sculptures in particular. In Greece she discovered Cycladic sculpture, and in China, Shang bronzes and Han sculpture, all artistic expressions marked by simplicity and taste for the decorative. Her first solo exhibition took place at Axiom Gallery in London in 1966. Following that she participated in group exhibitions and held solo exhibitions in Europe and Asia. These works can be found in the collections of the Tate in London and the National Gallery Singapore.

In her sculptures and editions, the artist attempted to translate the rhythm of life and the changing qualities of light through abstract work based on colour and geometry. Her refined forms take on the undulations of water and repetition of musical motifs evoking heartbeats. She paid great attention to the details of curves, lines and surfaces. She mainly employed wood, coupled with fiberglass, aluminium, plastic or paper. She played on an alternation between light and dark wood, smooth and incised surfaces, coloured or not, as in the sculpture King, Queen, Pawn (1959), composed of three pieces of wood whose sections are work differently in order to create colour variations. In the following years Lim created less static structures that incorporated “change and surprise”, as she stated. Sensitive observation of reality and travel were an integral part of her work. She used stone to evoke elements such as water and air. In Sea-Stone (1989) the fluid surface of the marble is seemingly incised by the sea. 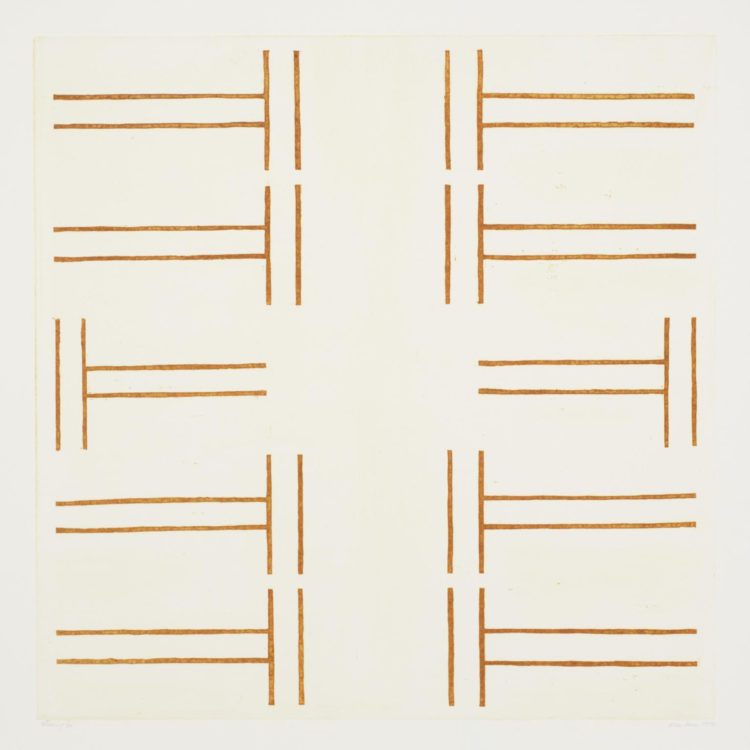 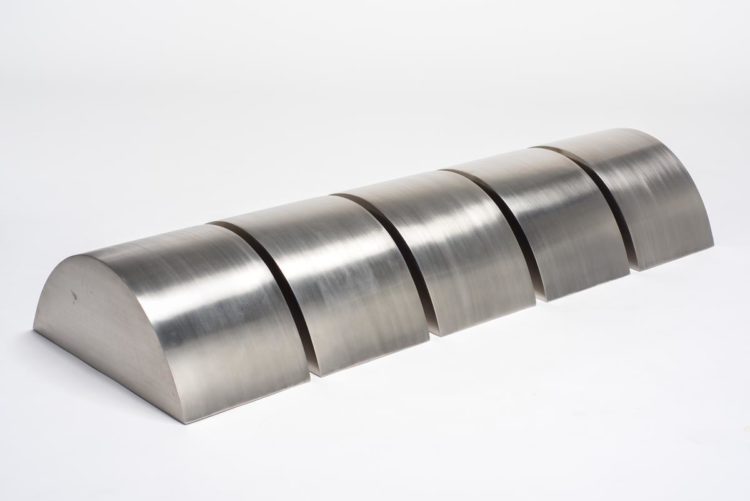 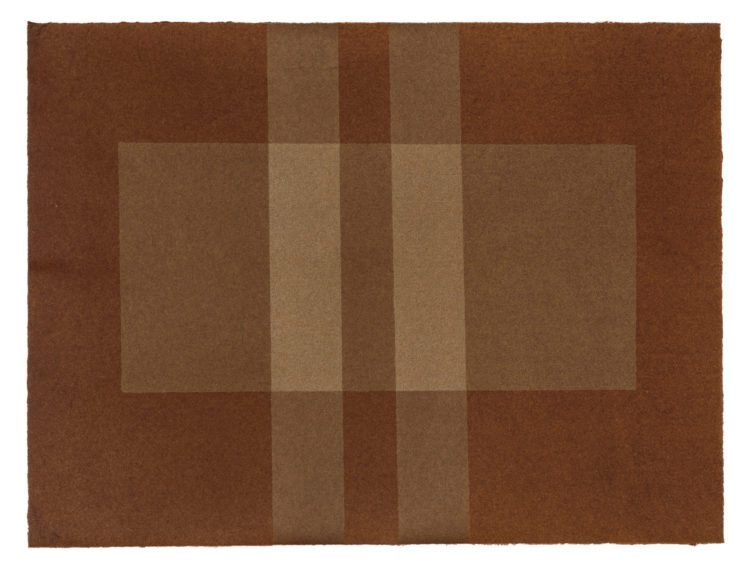 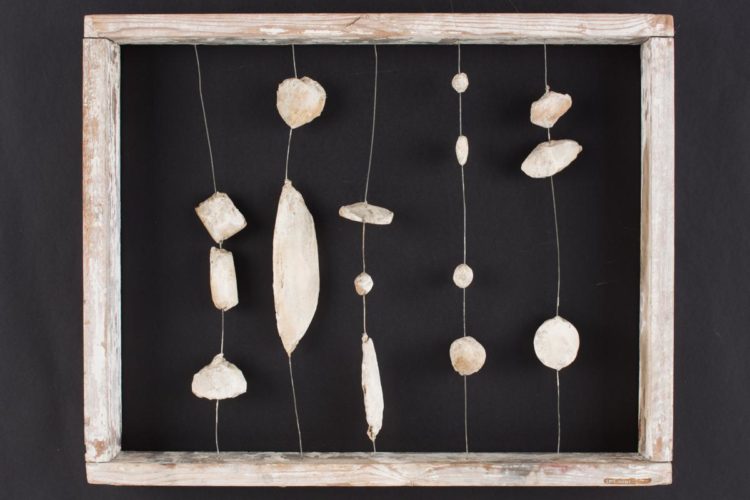 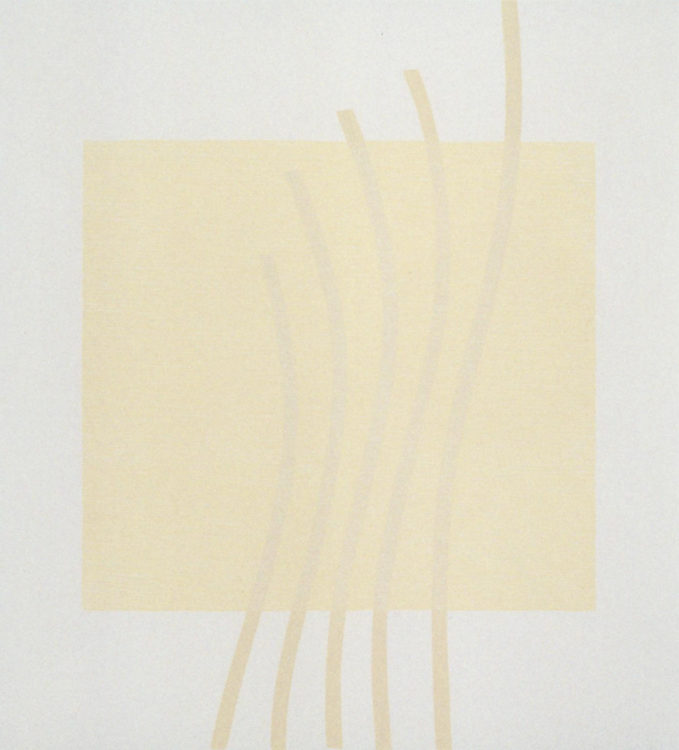 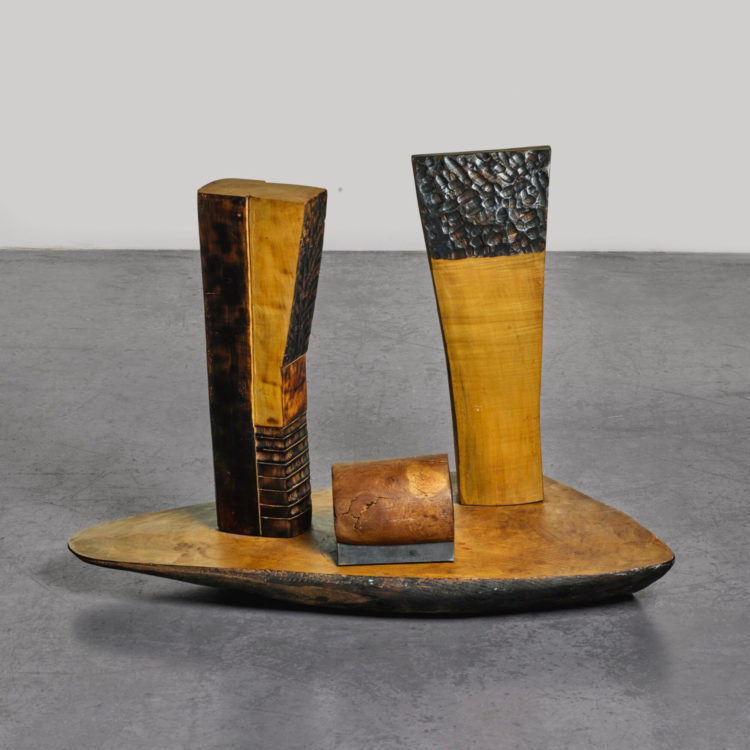