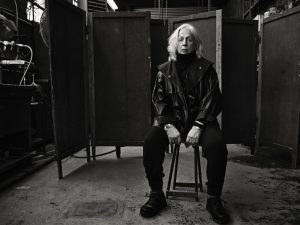 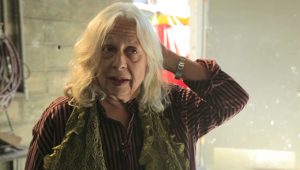 Lynda Benglis: "The Wave of the World"
Links
→ Cheim & Read
→ Works by the artist in the French public collections of the Videomuseum network
Sponsor
— Gallery Cheim & Read

Barely, graduated her BFA (Bachelor of Fine Arts) from de Newcomb College, Lynda Benglis moved to New York in 1964, where she developed a reactionary art that fought against the strict laws of modernism and minimalism. In 1965, she created her first Wax Paintings, totem-shaped reliefs made out of beeswax. Fusing matter, form, and content, she became involved in post-minimalism, with her creative process patently manifest in the work itself. Her Fallen Paintings series are a nod to Jackson Pollock, debates on the death of painting, and fall under the umbrella of lyrical or eccentric abstraction. In 1969, her in situ art, too colourful and illusionistic, was excluded from the Whitney Museum’s Anti-Illusion: Procedures/Materials exhibition. Her Expansions, made out of polyurethane foam, were presented in three solo exhibitions in 1970, and the following year she designed a series of six major installations: the cantilevered, ephemeral, and occasionally phosphorescent Wings, which the artist described as “frozen gestures.” In 1972, she began her Knots mural sculpture series, contorting poor materials – cotton, plaster, wire mesh – to which she added acrylic paint and glitter (Sparkle Knots), or “metallized” (by coating them in zinc, aluminium, or copper).

Benglis was a pioneering filmmaker. Her films as Mumble (1972, co-direted with Robert Morris), Now (1973), and Female Sensibility (1973), which showcase and lampoon political gender issues, power imbalances, the director/performer relationship, and sexual prejudice. She subverted macho representation techniques used in the media in order to control her image in Sexual Mockeries (1972-1976), a series of photographs engineered for use as invitation cards and advertisements. This work was carried over to Secrets (1974-1975), a series of Polaroid collages, and culminated in a double-page spread in Artforum magazine, in which she posed nude with a dildo, causing a controversy that extended far beyond the American art world.

In 1975, she cast some of her plastic sculptures in bronze, including Eat Meat (1973). In her Sculpture exhibition at the Paula Cooper gallery in November 1975, the Primary Structures (Paula’s Props) installation no doubt marked a turning point: resembling a theatrical tableau in ruins, the piece, including velvet drapery, metal classical columns, and two plants – one real, one fake – was a direct allusion to a minimalist sculpture exhibition from 1966. It amounted to a reflection on art, reality, excessive consumption, and performance. The artist then kept her distances from the New York art scene and adopted a certain flounce (mannerist or decorative swagger). The notions of “proprioception” (self-perception resulting from the experience of sculpture) and “configuration” are used in the artist’s continued work on the idea, the body, the environment, perception, immediacy, the sensual involvement of both creator and spectator. Surfaces and textures continued to broaden in the second half of the 1970s, in sculptural series such as Lagniappes, Torsos, Peacocks, and the beginning of Pleats; the latter, often borrowing their titles from the automotive industry, are created by working with steel mesh then coated with different metals. The Wave (The Wave of the World, 1983-1984), a monumental bronze fountain sculpture commissioned by the Louisiana World Exposition in New-Orleans, signalled her return to environmental issues in a literal (landscape, nature, and climate) and figurative sense (captation), that were already present in Wings. In the 1990s and 2000s, Benglis experimented with monumental sculpture made with hewn bricks in India (Chimera,1995). She also used glass, ceramic, or paper for her creations. Her casting work became more complex in the Pedmarks (1995-1998) series, and the new potential made possible by polyurethane took form in Hot Spots (1999), The Graces (2003-2005), and her fountains: Double Fountain (2007), North South East West (2009). 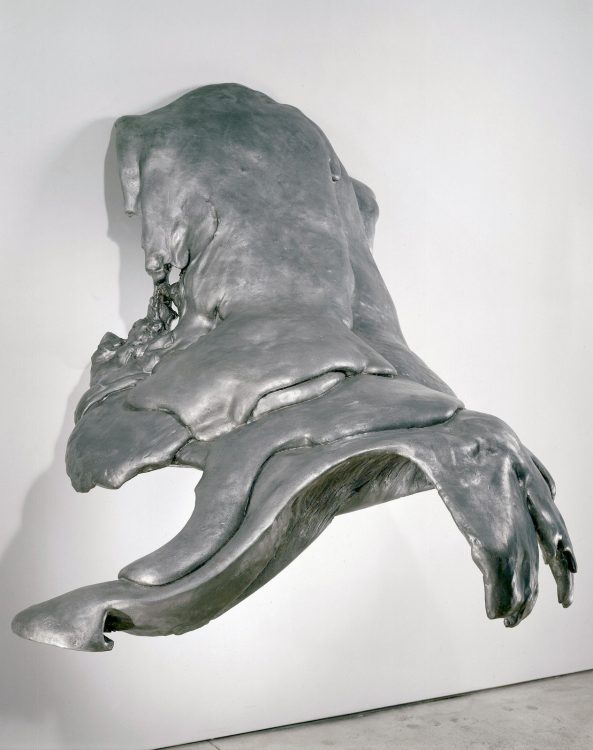 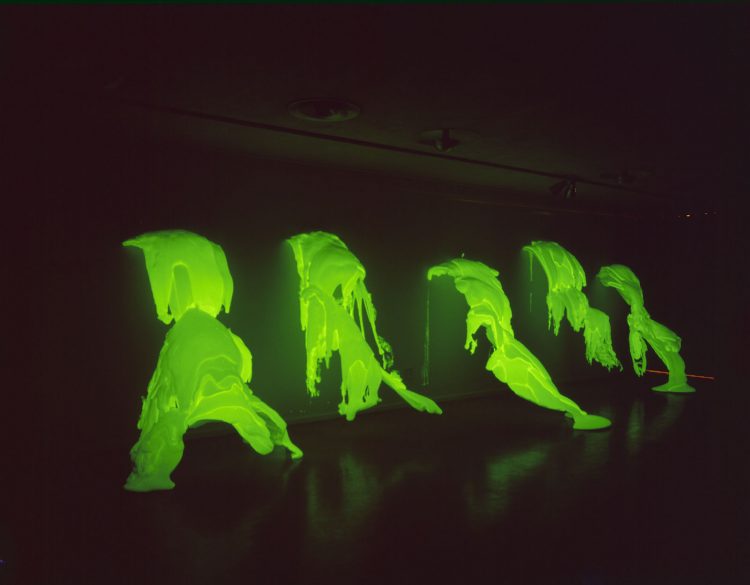 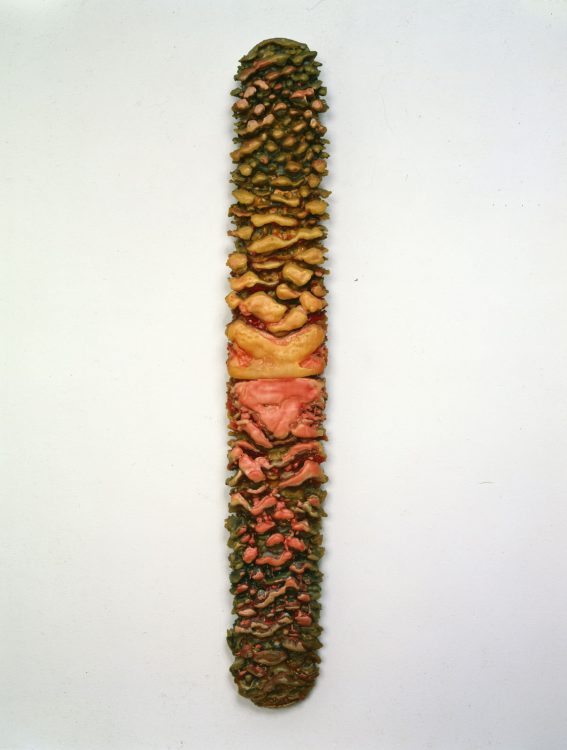 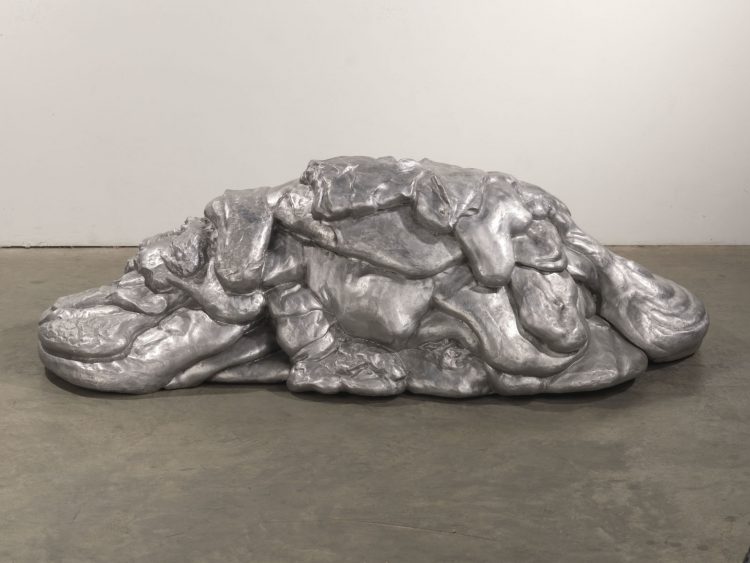 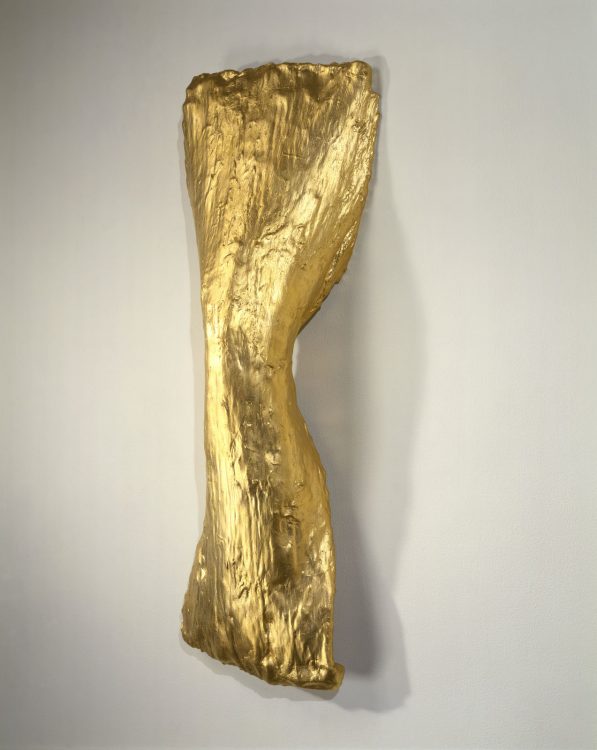 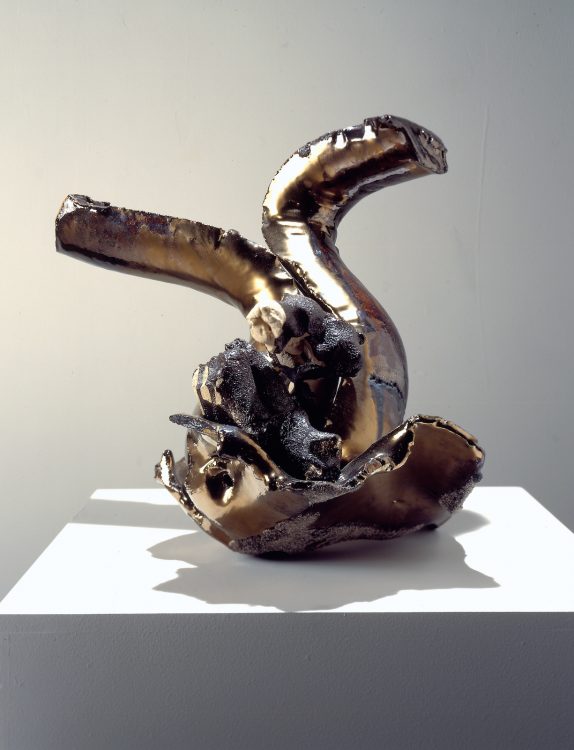 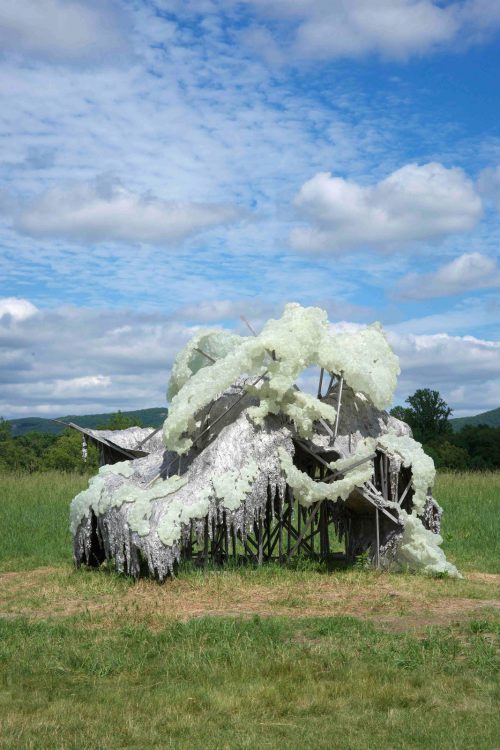 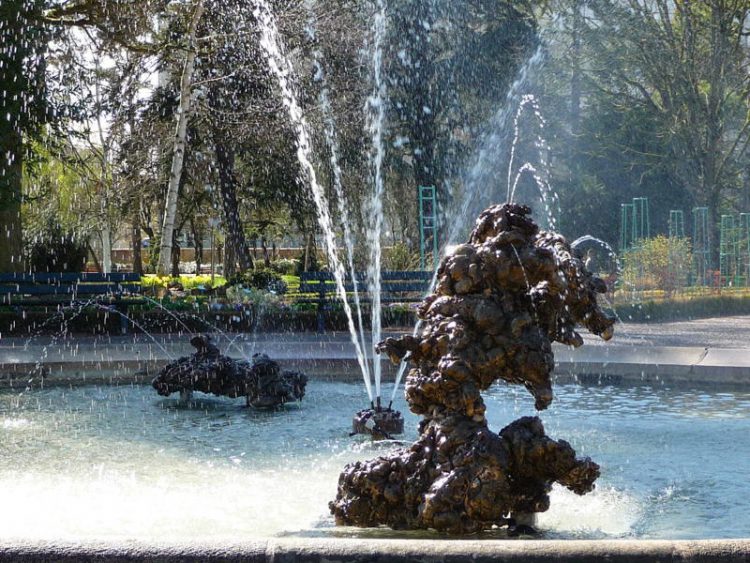