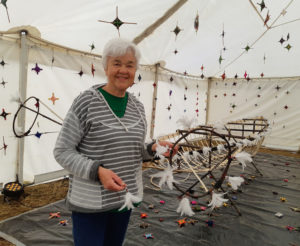 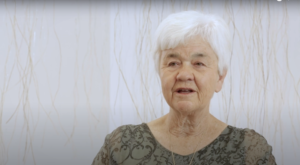 Maureen Lander (Ngāpuhi, Te Hikutu, Pākehā) is a leading exponent of weaving and a significant installation artist in Aotearoa. Her exceptional career spans photography, academia, community-based projects, weaving and installation. In 1984 she learnt the techniques of harvesting and processing New Zealand flax, known as harakeke, for cloak-making and weaving from the renowned senior artist Diggeress Te Kanawa (1920-2009). M. Lander then started incorporating muka, a silky fibre extracted from harakeke, into the work she developed during her Bachelor of Fine Arts at the University of Auckland’s Elam School of Fine Art. After completing her BFA in photography in 1987 she also completed a Bachelor in Māori Studies in 1989 where she continued her research and became Senior Lecturer in Māori Material Culture. In 1993 she gained her MFA and in 2002 M. Lander became the first Māori to gain a PhD in Fine Arts from a New Zealand university.

She eloquently employs materials such as various parts of harakeke alongside endemic plants, feathers and materials used for customary Māori weaving, and intersects them within a Western art cannon. This is not a Kete (1994), an installation of a kete (a woven kit bag) on a plinth with the inscription “This is not a kete”, with other kete were arranged on the floor. Exhibited in Art Now (1994) at the Museum of New Zealand Te Papa Tongarewa, the work referenced Ceci n’est pas une pipe (1928-1929), the well-known painting by René Magritte (1898-1967), and questioned the values an ethnographic museum upholds when their collection items are divorced from their source communities.

Her work has been exhibited in key exhibitions throughout Aotearoa including Pū Manawa (1993) and Kahu Ora (2012)at Te Papa Tongarewa, Korurangi (1995) and Pūrangiaho (2001) at Auckland Art Gallery and internationally in Mrs Cook’s Kete (2002-2003) at the Pitt Rivers Museu in Oxford in United Kingdom; Pasifika Styles (2006-2008) at the Museum of Archaeology and Anthropology in Cambridge in United Kingdom; and Towards the Morning Sun (2013) at the Campbelltown Arts Centre in Sydney in Australia. Her exhibition Flat-Pack Whakapapa (2017), which explored kinship, friendship and genetic heritage, was first exhibited at The Dowse Art Museum in Lower Hutt in 2017 and is touring to galleries throughout Aotearoa from 2018-2021.

In 2020, M. Lander completed a large-scale commission for the Waitohi Johnsonville Library and Community Hub, which opened in 2019. The wall installation Whetūrangi was woven from harakeke in collaboration with local Wellington weavers Te Roopu Raranga o Manaia.  She also collaborated with Mata Aho Collective, whom she has mentored for a number of years, on a commissioned work for Auckland Art Gallery. Titled Atapō, the installation of insect mesh, muka and wool has a gallery footprint of over 9 x 6 x 8 m and represents represents the Māori female deities Hinetītama and Hinenuitepō. In 2019 she received the Sir Kingi Ihaka Award recognising a lifetime contribution to Māori art. In 2020 she became a Member of the New Zealand Order of Merit for services to Māori art. 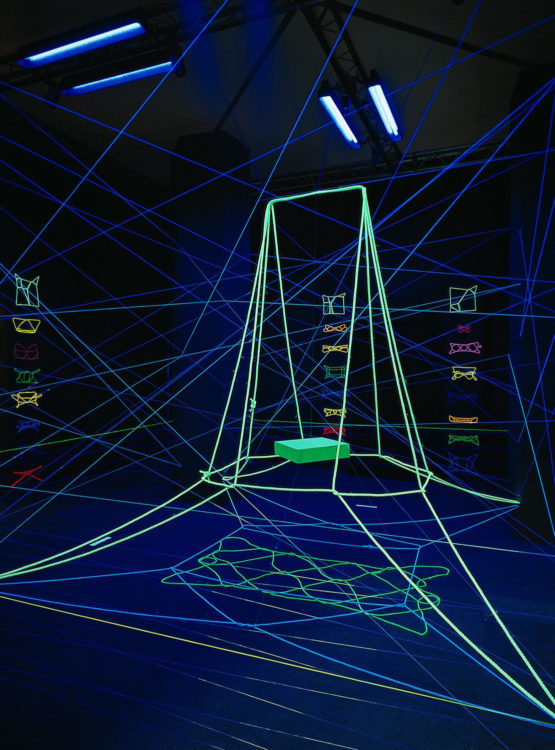 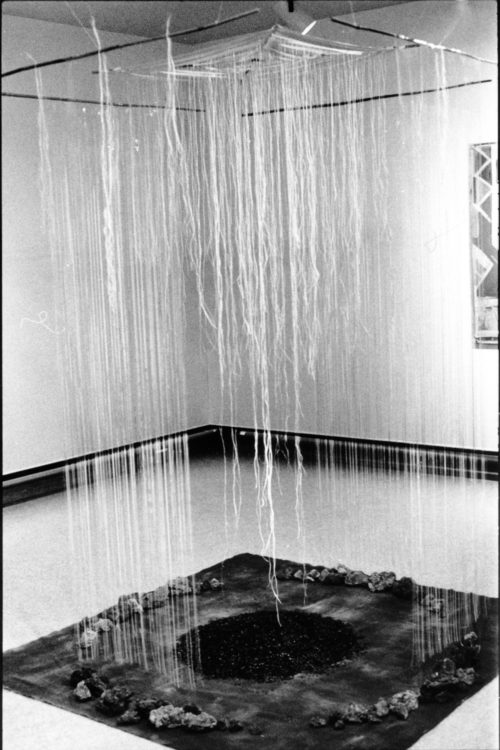 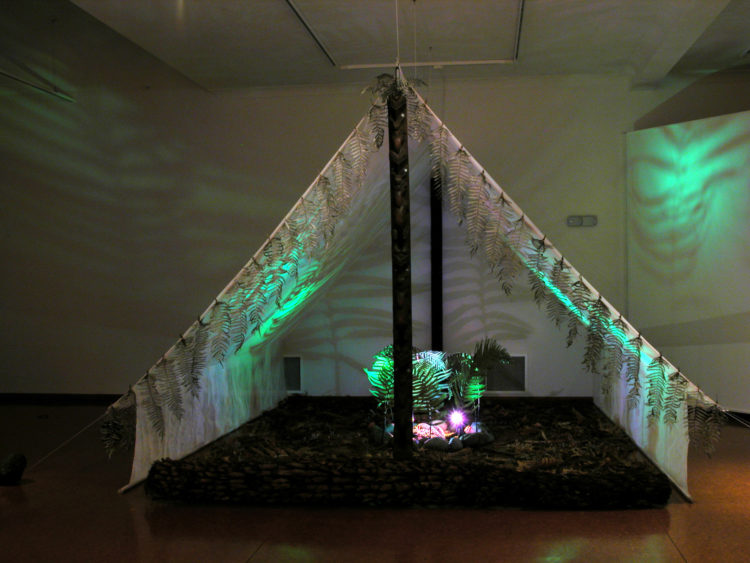 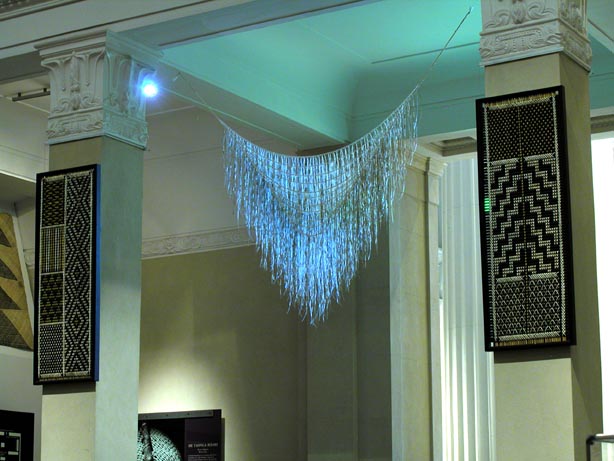 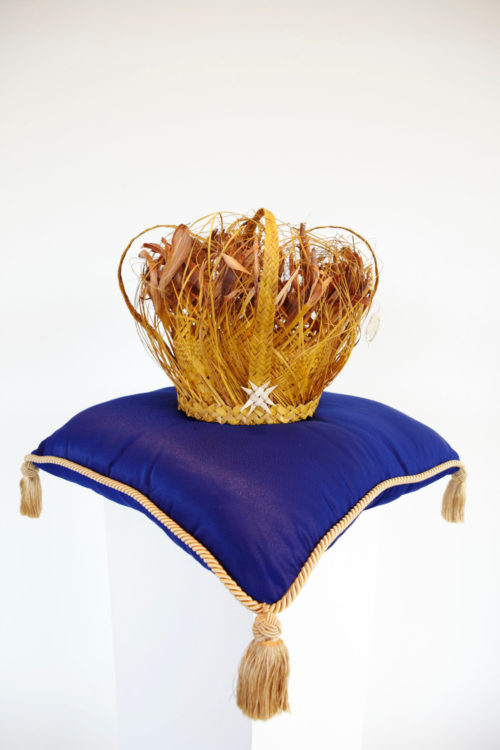 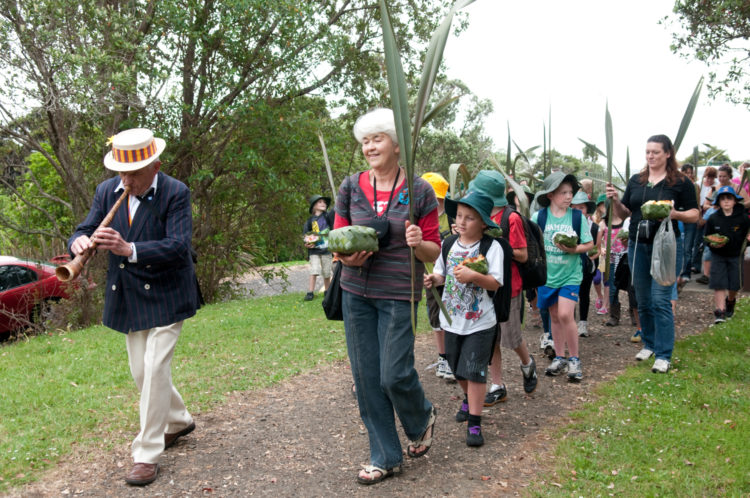 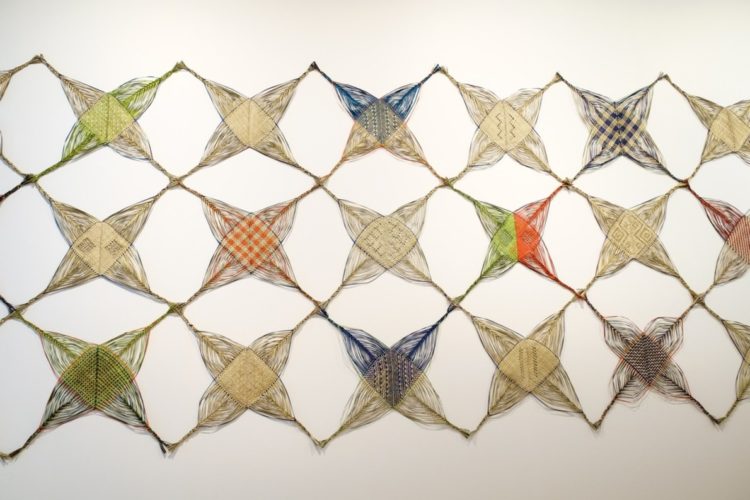 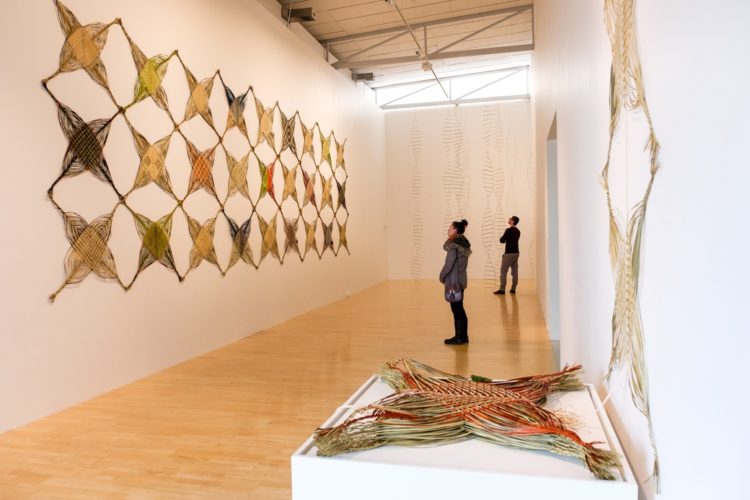