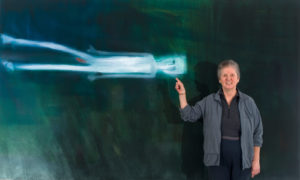 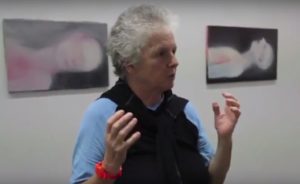 Educated between 1968 and 1975 at the Gewerbeschule in Basel (where she works today), Miriam Cahn is regarded as one of the most interesting female figures in Swiss contemporary art. Her work is based on the image of the body, and more precisely on the conditions in which this image appears:  the way it emerges and disappears. The diaphanous and the spectral hallmark the essence of her figurative approach, which encompasses painting, drawing, and photography. Whether they were made straight onto city walls, by night, or in large sketchbooks laid on the floor (Vour Weggehen), her first charcoal drawings produced in the late 1970s display a vehement, violent expression:  in a binary organization, the bodily image, female and male alike, was invariably projected in the form of cylinders and pipes. The artist was soon using her own body as material, in video performances projecting the rudimentary dichotomies of private/public, and subject identity/social alienation.

In 1981, in Erternen einer tödlinchen Spräche and Westich Fürhe, human figures, imprisoned in cylinder-houses, were endowed with wild heads; but in the large format works forming, for example, the installation Schweigende Schwester (Silent Sister), produced in the Kunsthalle in Basel in 1981, the large figures, executed in black chalk straight on the floor, already appeared either isolated or in groups, like ghosts.  The head-on emergence of the visible in the landscape (which is itself evanescent to the point of abstraction), a mystery of the appearance of an almost child-like naked body, but one whose bestial nature comes to the surface, or that of a truncated face caught in close-up, the fleetingness of all these appearances—drowned in a colourful halo, they hardly seem to stand out from the canvas’s smooth surface—stem from a line of thinking about memory and time and a keen awareness of a disaster, associated with the artist’s political and feminist involvement. Since, among other things, the presentation of her work at the 1982 documenta in Kassel, the recognition of Cahn’s work in Europe has gone from strength to strength.  She has exhibited successively at the Akademie ver Bildenden Künste in Berlin and the Museum für Moderne Kunst in Frankfurt (1998), at the Caixa in Madrid (2003), and at Le Plateau in Paris (Non-Lieu, 2004), with Laurent Pariente and Romain Pellas. 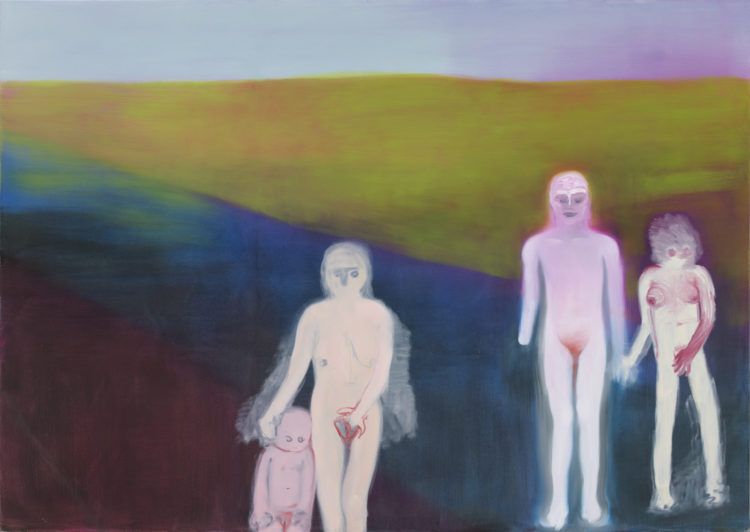 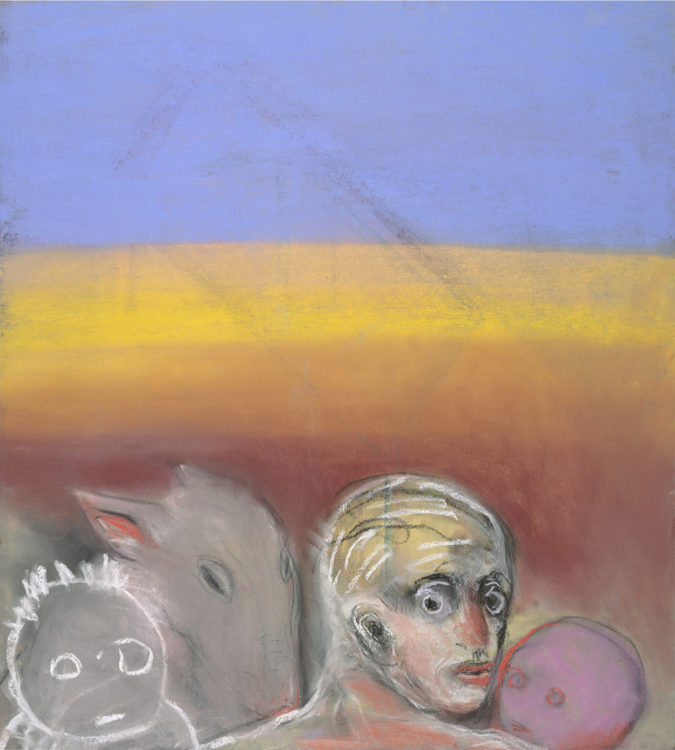 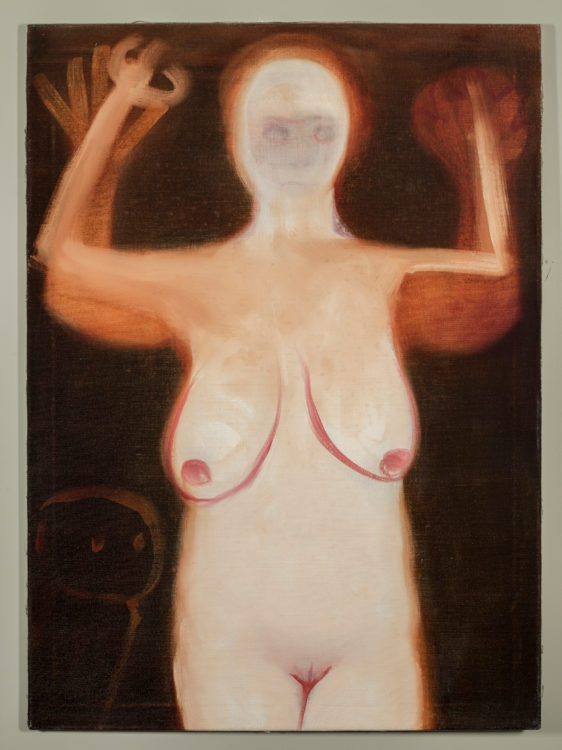 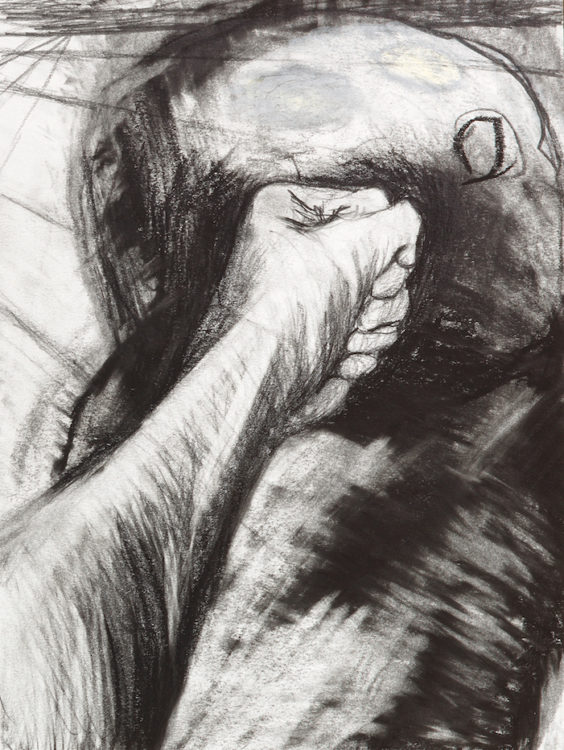 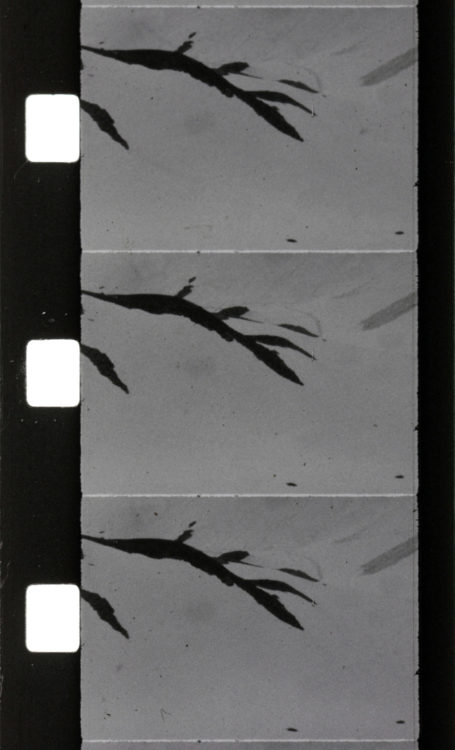 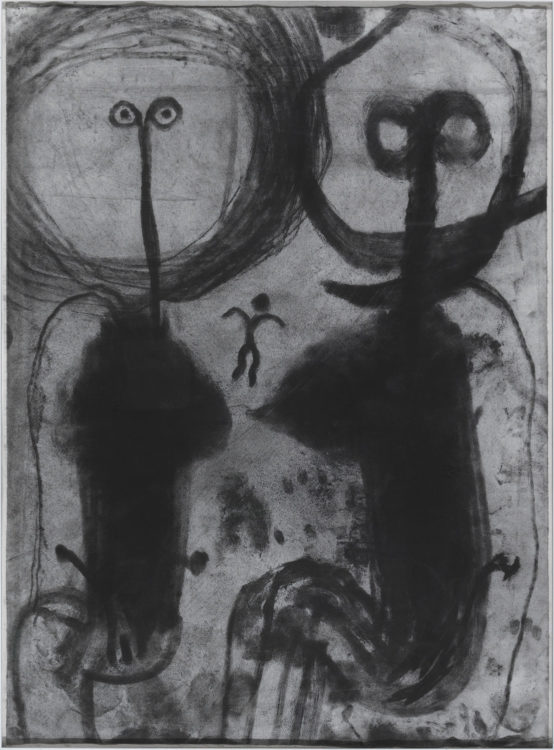 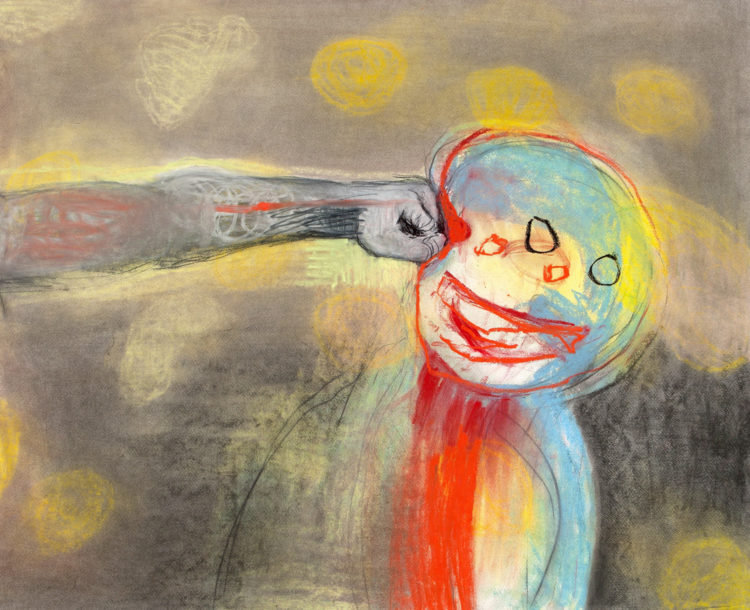