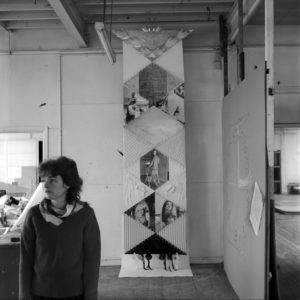 Monica Ross was an artist, educator and organiser, working with video, drawing, installation, text and performance. She was involved in landmark collective initiatives informed by feminism, including The Women’s Postal Art Event, aka Feministo (exhibited at the ICA-Institute of Contemporary Arts, London, and included in the survey Künstlerinnen International 1877-1977, Berlin); Fenix (1978-1980), which collapsed the distinction between gallery and studio (included in Issue, ICA, 1980, curated by Lucy R. Lippard); and Sister Seven, a network of artists and poets who used poster art and performance to protest against nuclear weapons and militarism.
In the 1980s M. Ross was treasurer of the Feminist Art News steering committee and began teaching at Saint Martin’s School of Art, where she eventually led a ground-breaking course in Critical Fine Art Practice. Her own practice explored time, memory and the archaeology of the present in dialogue with Walter Benjamin, the persistent erasure of working-class women from history, and the exacerbation of inequalities in Britain and globally. During the 1990s she responded to media representations of conflict and suffering through the repetition of singular gestures and by questioning the audience’s assumed right to look. This Is Not A Photograph (1990) interrogated media coverage of HIV-positive infants in Romania, while Neither Loaves Nor Fishes (1991) reflected on the inability of aid workers to provide food to Kurdish refugees despite access to telephones.

A hybrid between an artist’s book and theoretical treatise, Valentine (2001) wove together M. Ross’s aesthetic and political concerns, her engagement in networks of friendship and collaboration, and her research into critical theory and cultural history. Between 2001 and 2004 she held a research fellowship at Newcastle University and a guest professorship at Berlin University of the Arts. During this time her practice was shaped by her experience of working in Newcastle and Berlin and her continued resistance to the dismantling of social infrastructures. Learning German revitalised her engagement with the writing of W. Benjamin and fuelled a series of works dealing with temporality, collaboration, and the political dimension of technologies. Between 2000 and 2010 she was archivist in the Department of Dislocated Memory in Suzanne Treister (b. 1958) and Bronia Iwanczak’s International Corporation of Lost Structures (ICOLS).

In response to the police shooting of innocent civilian Jean Charles de Menezes in London in 2005, M. Ross began a series of performances reciting the Universal Declaration of Human Rights from memory. rightsrepeated (2005-2008) evolved into Anniversary—an act of memory (2008-2013), a series of 60 solo and collective recitations from memory in several languages, performed at sites including the British Library and the House of Commons, and on dates to coincide with other anniversaries, such as International Women’s Day and the Peterloo Massacre in Manchester. Three of the last performances were conducted by Andrew Mitchelson when M. Ross became too ill. She died on the day that Act 60 took place at the United Nations Office at Geneva (UNOG). In the artist’s own words, “One has to commit to the actualized defence of human rights. The act of recollection forms just a part of that urgent process.” 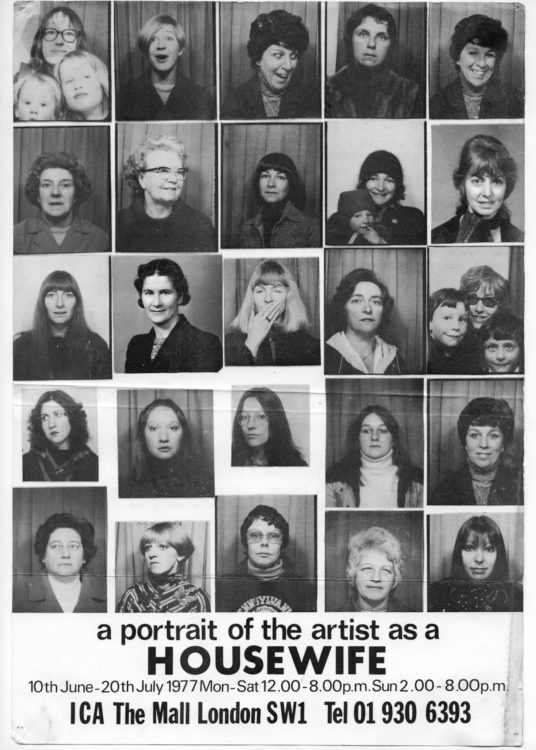 Monica Ross, Poster for the exhibition A Portrait of the Artist as a Housewife, ICA, 1977, with work from the Women’s Postal Art Event – Feministo (Monica Ross with her daughter Alice is in the second row, fourth from the left), © 2021 Monica Ross Archive, All rights reserved 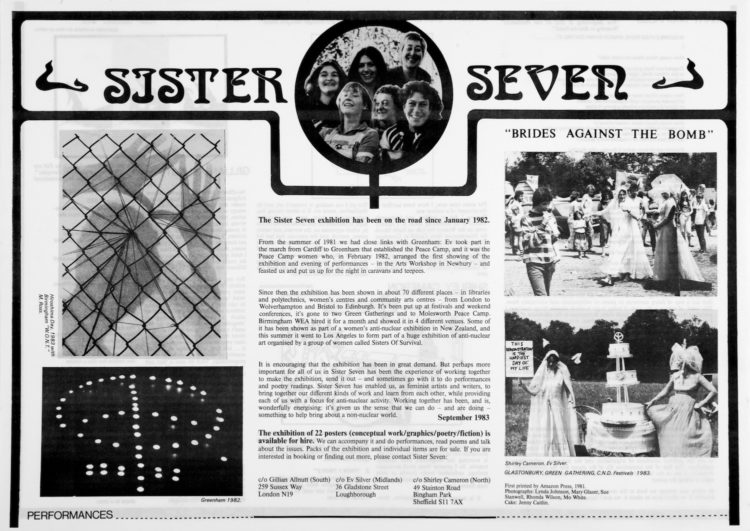 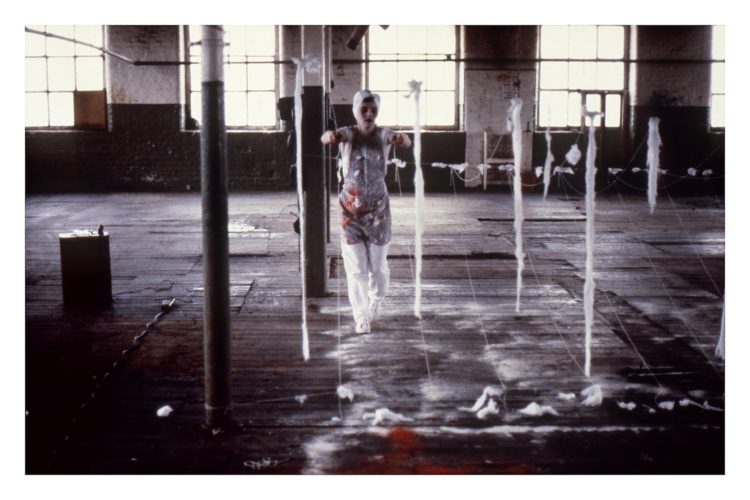 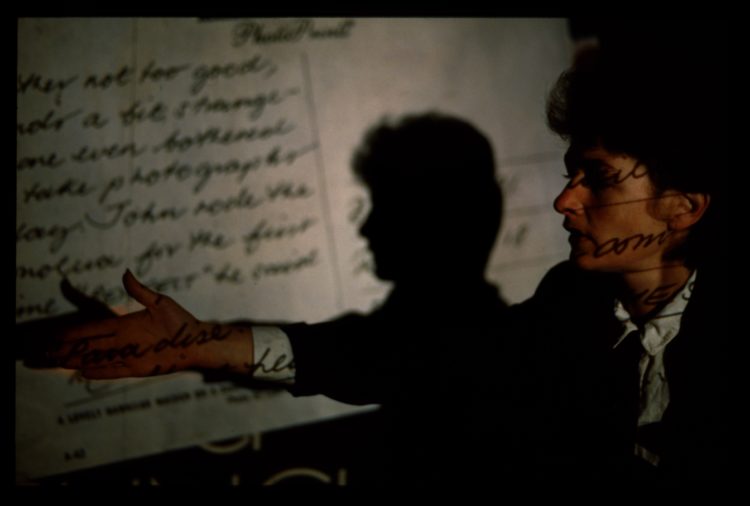 Monica Ross, Like Gold in the Furnace, 1987, slide-tape and performance, © 2021 Monica Ross Archive, All rights reserved 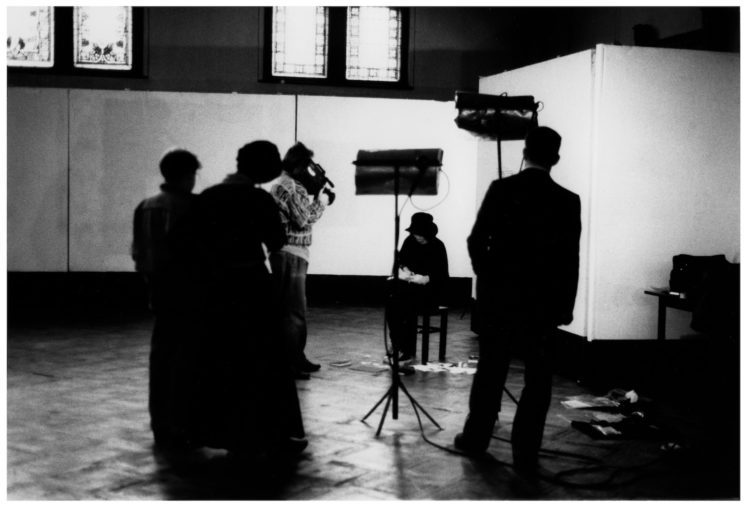 Monica Ross (with Anne Tallentire), Six Days of Momentary Art, 1993; Monica Ross and Anne Tallentire worked in dialogue with other artists performing improvised actions in various locations in and around Riga, culminating in a public performance event at the Aula Academy of Art, © 2021 Monica Ross Archive, All rights reserved 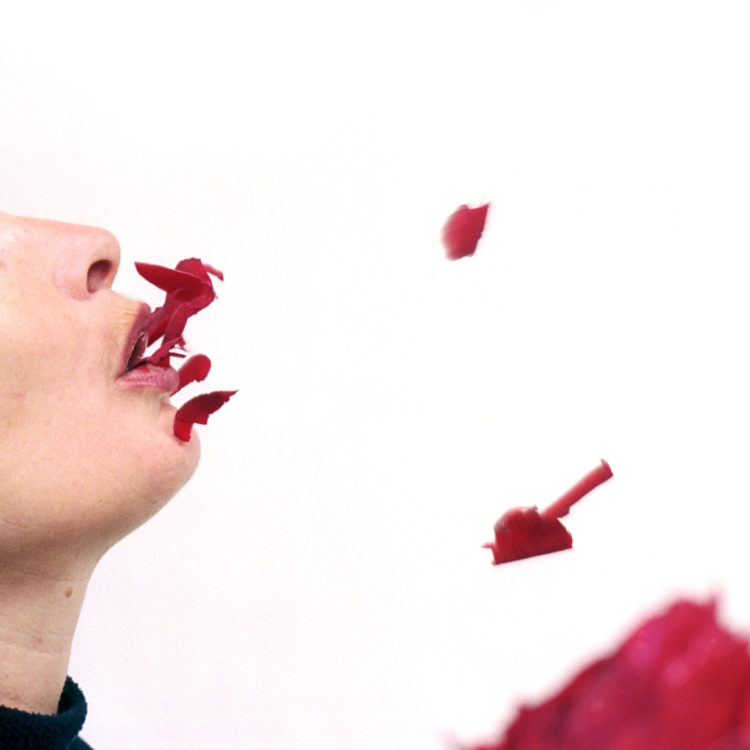 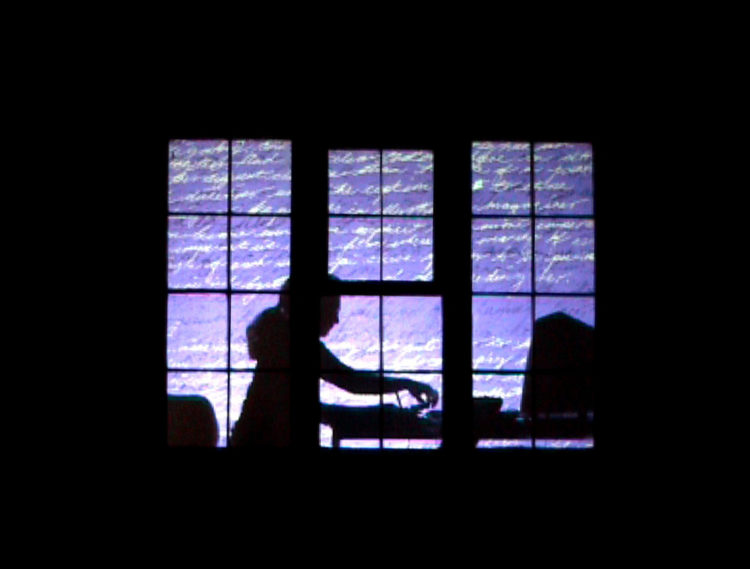 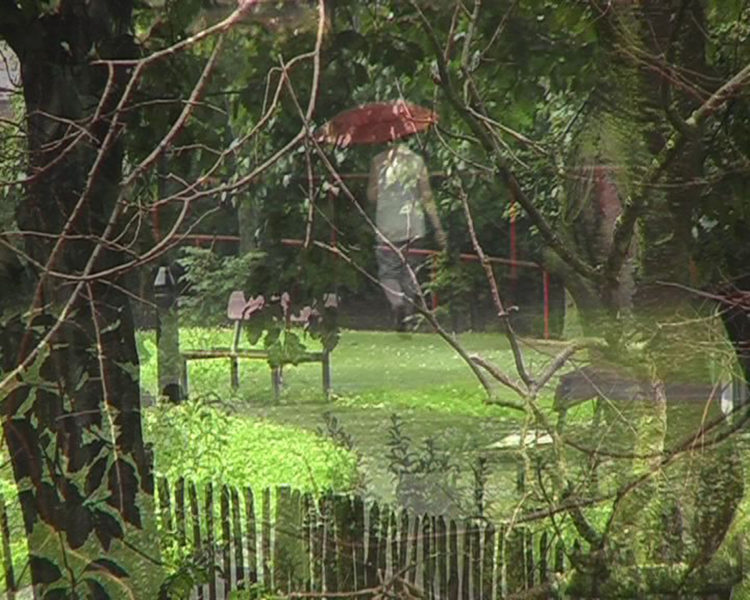 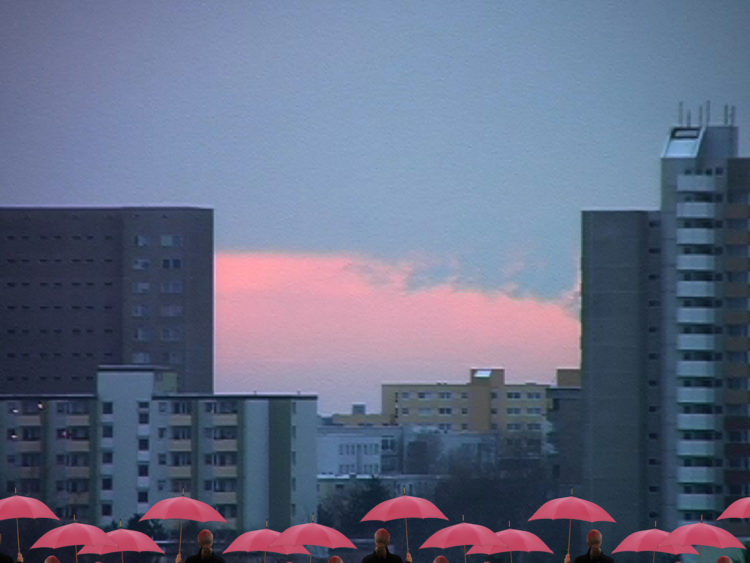 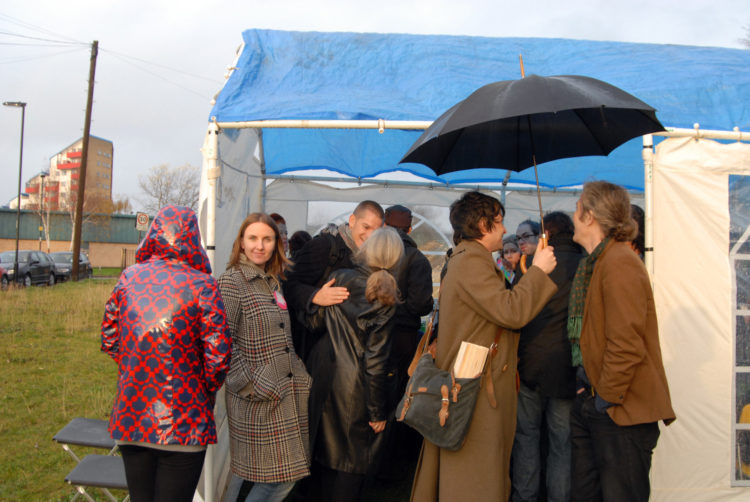